Ukraine war: Moscow threatens the entire EU in a dispute with Bulgaria

After the expulsion of 70 Russian diplomats from Bulgaria, Russia warned the European Union against "imprudent support for anti-Russian measures". The EU called the threat “unjustified”. 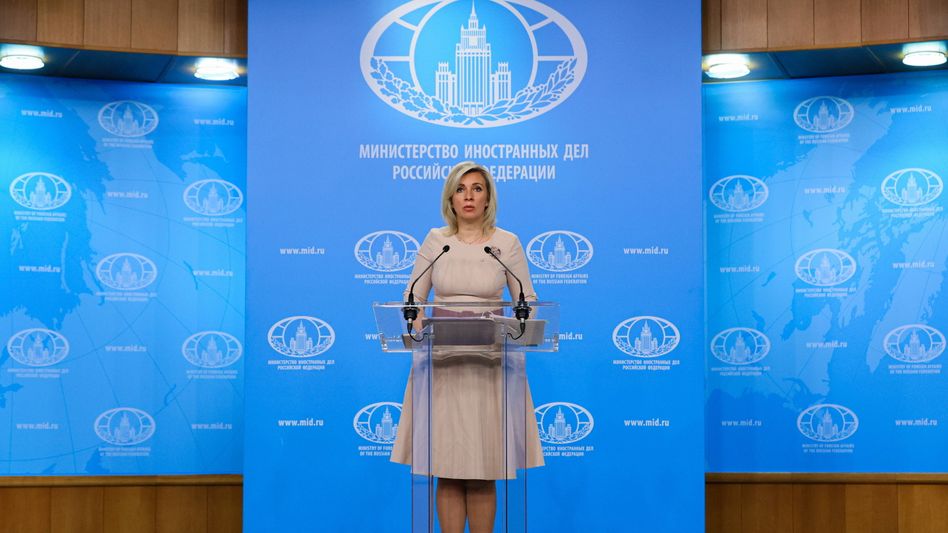 After the diplomatic conflict with Bulgaria escalated, Russia also threatened other EU countries with consequences.

The "imprudent support of anti-Russian measures by individual member states" transfers "the responsibility for their consequences to the entire EU, also with regard to retaliatory measures on our part," said Russian Foreign Ministry spokeswoman Maria Zakharova.

The European Union must be clear about this.

Moscow threatened to shut down the Russian embassy in Bulgaria on Friday after Sofia refused to reverse the expulsion of 70 Russian diplomats.

Moscow had to bring back 70 diplomats from Sofia on Sunday after they were declared "undesirable".

Bulgaria, which openly condemned Russia's war of aggression against Ukraine, said the majority of Russian embassy officials had worked "directly for foreign services."

The embassy was "no longer able to work normally," Russia's Foreign Minister Sergey Lavrov said, according to the Interfax agency.

Russia will respond "according to the principle of reciprocity," he announced.

As a rule, this means the expulsion of the same number of diplomats from the other country.

"Sofia's politicized decision to unjustifiably reduce our diplomatic staff in Bulgaria will certainly not go unanswered on a bilateral level," said spokeswoman Zakharova.

Zakharova called on Sofia and the EU to “reflect on the principle of reciprocity that underlies diplomatic relations”.

According to the AFP news agency, the EU regretted Russia's "unjustified threat" to break off diplomatic relations with Bulgaria and called the measure "disproportionate".

Several European countries have expelled Russian diplomats from the country since the start of the Russian offensive in Ukraine at the end of February.

Russia, for its part, responded with expulsions.

Russia provokes government chaos in Bulgaria – is the EU threatening the next problem country in the Ukraine war?

Russia provokes government chaos in Bulgaria – is the EU threatening the next problem country in the Ukraine war?