Everyone contributes to the beginning of a war, and when it breaks out - from a certain moment there is no going back • Every collapse of an empire creates difficulties whose consequences cannot be assessed • When one camp sees itself as the good camp, inevitably march to war without borders, because in a good name everything is allowed • Conversation with French politician Henry Gaino, senior advisers to former President Nicolas Sarkozy 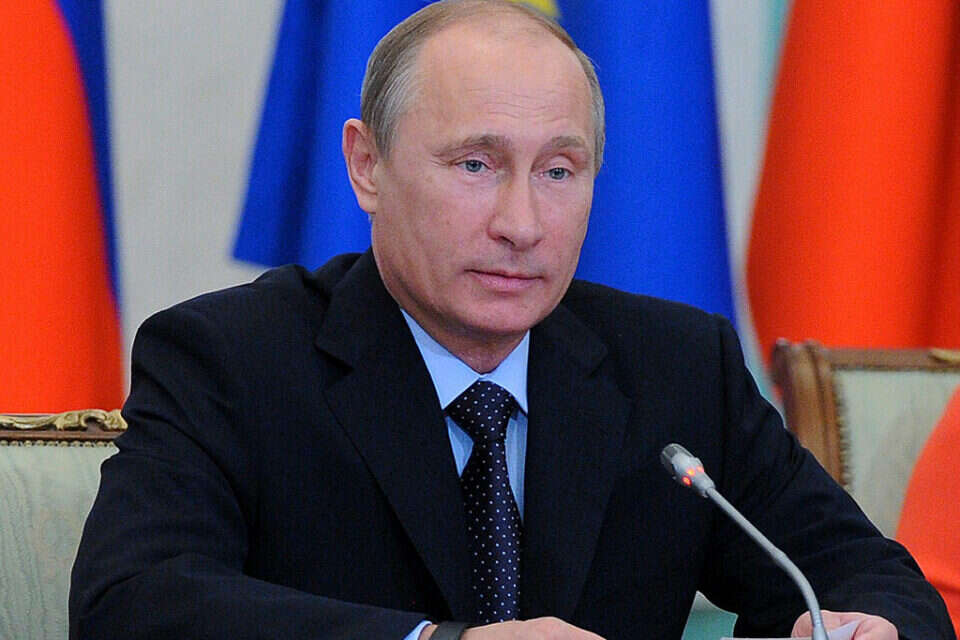 Is the continuation of the war in Ukraine, which is in its fifth month and whose economic consequences are felt around the world, starting to provoke in European capitals a different way of thinking about the management of the military crisis with Russia?

One of the first to warn of Western "joy to battle" and total mobilization alongside Ukraine was French politician Henry Gaino - a senior adviser to former President Nicolas Sarkozy.

He is considered one of the most brilliant surgeons in the field of foreign relations in France.

In a recent article, Gayno warned that the West was marching toward a world war "like sleepwalkers."

In an interview with Israel Today, Gayno calls on the West to change its attitude toward Russia, and to stop comparing it with Nazi Germany.

Is there a fear that the ongoing Ukraine war will expand beyond Ukraine's borders?

"It depends on what the parties involved do. The Iraq war started as a limited war, then it expanded and destroyed Iraq and Syria, created ISIS, increased terrorism and caused millions of refugees. The event became a disaster of a completely different dimension. So it was with the First World War. .

"War is a process that is not controlled by human reality. Everyone contributes to the beginning of a war, and when it breaks out - everyone contributes to extremism. From a certain moment there is no going back. Maybe this war will expand and reach Europe. It already has global economic consequences.

"Many countries are not participating in the sanctions on Russia, and many countries are absorbing the price of these sanctions. There is a disruption of the world order. It is clear that Russia bears the main responsibility for the war. It will get worse, or it can be controlled. "

Could this war have been prevented?

"It is impossible to know. Did all the actors involved in this tragedy do everything in their power to prevent it? The escalation began in 1991 with the collapse of the USSR, which was in fact a collapse of the Russian Empire.

Every collapse of an empire creates difficulties whose consequences cannot be assessed.

Empires are built as a mosaic of peoples, interfering with each other and forming strong bonds.

It is very difficult to set boundaries that will suit different nationalities at once.

This is also true of Russia.

A building in Ukraine that was hit by a missile during the war, Photo: AFP

"Today there are 25 million Russians living outside its borders, because the borders set with the collapse of the USSR were based on administrative borders of the Russian Empire.

There are now Russian minorities in various countries in Europe that could produce problems.

In the same way, when the British decided to withdraw from India, problems arose that are still very common between India and Pakistan and between Indians and Muslims, which have no solutions. "

Was the West - and especially the US - not sensitive enough to Moscow's concerns in the face of NATO enlargement to the east, or was there a Western desire to push Russia into conflict?

"The escalation was created by the two sides, who suspected each other. Russia wanted one thing: a role in managing the new world order after the collapse of the USSR.

Many powers at that time dreamed of a world ruled by many forces, not just one power.

There were those who believed that NATO would become a collective security organization with more players.

"Then it became clear that the United States was interested in a world that would be led only by the West, which, at its head, fulfills the role of world policeman.

It was the triumph of the Wilsonian conception that the United States has a messianic role in changing the world, according to the American model. Thus developed the idea that the world should be Westernized. The Messianic ideology of world Westernization also affected NATO's development.

The damage of the war in Ukraine, Photo: Reuters

NATO was at its core a defensive alliance in the Cold War.

It continued to exist despite the dissolution of the Warsaw Pact, and became an alliance that the Russians saw as an anti-Russian alliance, because it had spread to their borders.

Tensions between NATO and Russia began with the adoption of NATO's open door policy, which any country could join.

"In 1999, the first Eastern European countries joined. The West also began to interfere in the internal affairs of Serbia - a historic ally of Russia, without respecting the rules that apply to the rest of the world. This led to the bombing of Belgrade and the disengagement of Kosovo from Serbia. This was the first significant blow. "Then there was the Afghanistan war, which began as a war against al-Qaeda and the Taliban and developed into something else, and the Iraq war. The Russians felt treated as a negligible power whose ambitions should be reduced."

"Each side considers the other responsible for escalation. When one camp sees itself as the good camp, it inevitably marches to a war without borders, because in a war in the good name everything is allowed. The highest goals in the world ended in horrific crimes and massacres. We can not call ourselves the 'good camp'.

"Once we compare Russia to Nazi Germany and Putin to Hitler - we commit ourselves to a total war. We cannot stop the war against Hitler. If we face someone like Hitler - we must go to the end, at all costs, and thus we will march towards disaster. Otherwise - we must Look for ways out.This is the role of politics.

"War is the complete opposite of politics. War begins when politics ends. Another danger is to think that everyone is behaving rationally, that deterrence will do its thing and that no one will cross red lines. It is a huge risk, because red lines are often crossed."

What do you think of President Emanuel Macron's remarks that Russia should not be humiliated?

"Today's Russia and Putin cannot be separated. If Putin is ousted, a different situation will arise. I understand the idea behind Macron's statement, but once we talk about humiliation, we assume the other side will be defeated. Ukraine must not lose, and Russia cannot lose. Russia does not. Will allow her to be humiliated.

"Russia must not do what it did to Germany in World War I, thus making it the most dangerous country in the world.

If Russia becomes the most dangerous country in the world, the results will be terrible.

It has a nuclear arsenal, and the Russian people will be prepared for the worst of all.

To say that Russia needs to be weakened so that it does not pose a threat to the West again is a repetition of what was said about Germany in 1918.

"We will not get rid of Russia. European countries and the United States are not ready for a total war against Russia.

The other option is to recognize that the dangers in the current situation are great for both parties, and to look for solutions. "

A period of weakness

Was one of the things that pushed Putin to start a war the understanding that Western democracies are in a period of weakness?

"There is always talk of the other's weakness. Many in the West thought Putin would not dare to start a war. Putin thought the West would not dare to intervene in the war in Ukraine. Weaken Russia to teach the Chinese a lesson.The discourse surrounding this war is beyond the first campaign, in which the Ukrainians had to be rescued.

"If this war lasts a long time, it will become a factor in significant global instability. If Russia is removed from all world bodies, what will be left of the world order, which is in crisis anyway? In such a situation - what will be the position of Brazil, India, the Middle East and part of Africa? It is dangerous, and as long as it lasts, the shock waves will spread. "

Do you think this war is a war between liberal democracies and authoritarian regimes?

"What do you mean? That authoritarian regimes want to destroy liberal democracies? Or vice versa? If that is the case, we are in a world war. Russia has never been non-authoritarian, just as China has not been authoritarian. In what name and at what price can liberal democratic camps imagine building? A world that resembled him? This is a dangerous vision, according to which everyone should be like us.

"The West needs to recognize that the world's Westernization process has come to an end. Many countries in the world are interested in the material culture of the West - but not in the value and spiritual culture. Even within the Western camp there are differences between different countries. France is not the United States.

Italy is not Denmark.

Western democracies are in crisis, and it is difficult to preach democracy to the world when the democratic model faces so many problems here.

"I do not think that the Russians or other peoples see Western 'Wakism' as something seductive, but a decadence of the West. The free world should adopt modesty. All modern-day crusades ended in the opposite results than they had hoped for. In Iraq, Saddam Hussein was taken down, but opened up. "Pandora's box. There are situations where you can't choose between good and bad." 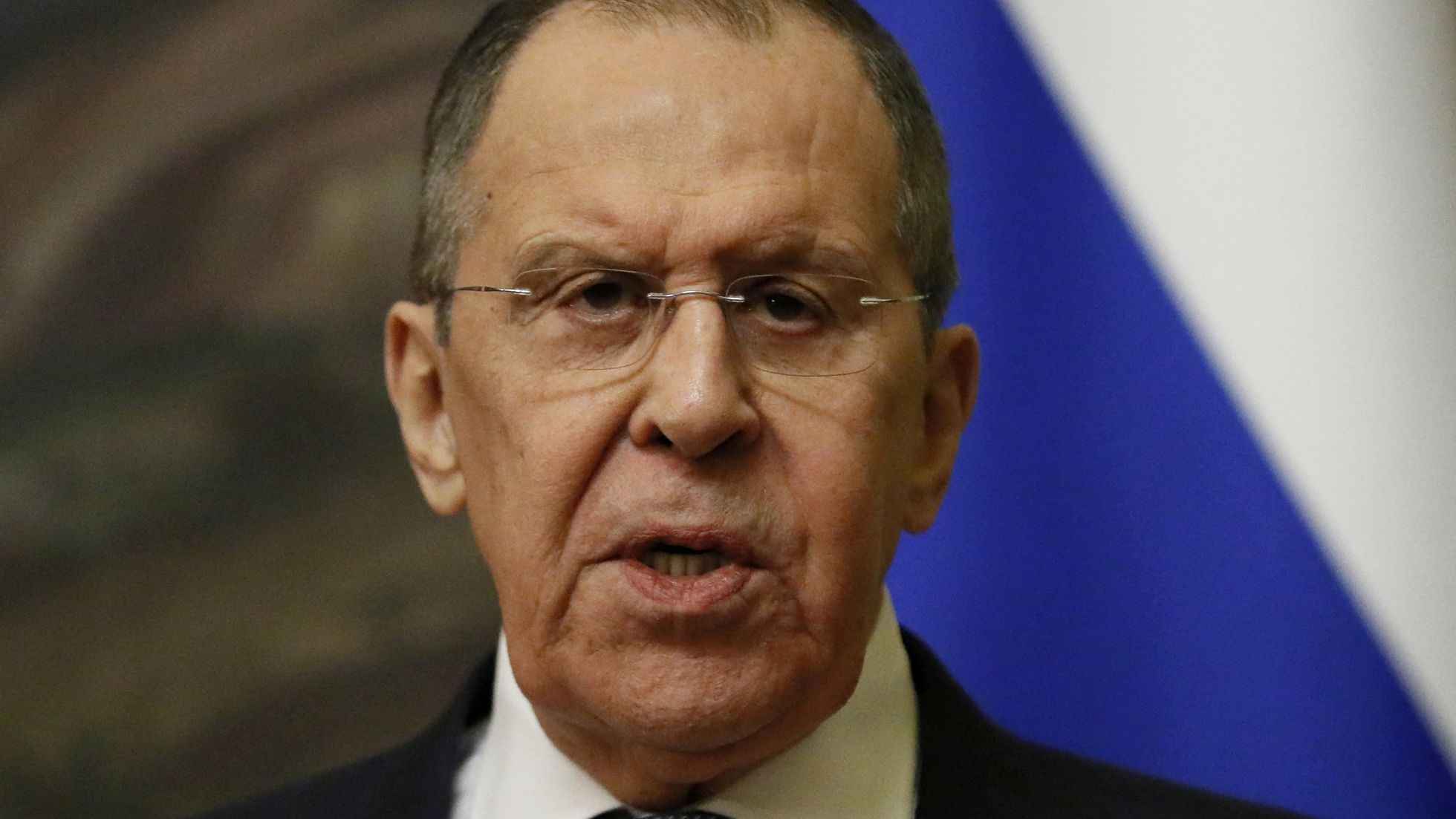 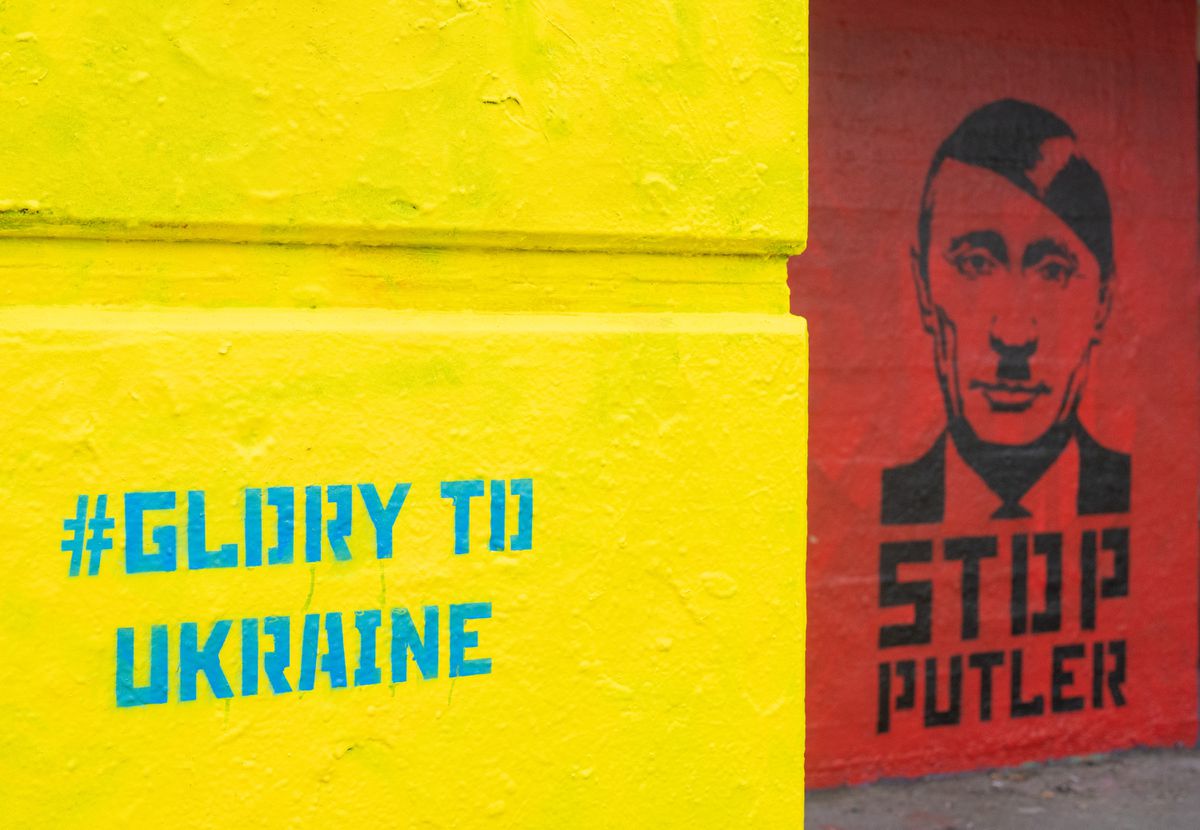 Russia and the German solution