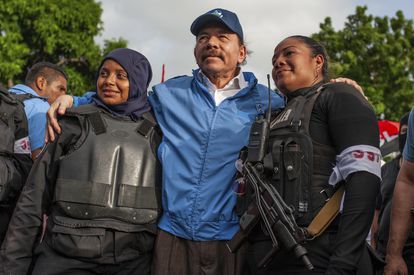 Four Sandinista flags were hoisted this Monday morning simultaneously in four Nicaraguan town halls, after the regime of Daniel Ortega and Rosario Murillo carried out a de facto coup with armed police against these local governments located in the north of the country, in a historically oppositional area.

The ruling party took the seats of the mayors in El Almendro, Murra, Yalí and El Cuá in an act that completely buries municipal autonomy in this Central American country and ends up consolidating a single-party model, say analysts consulted by EL PAÍS.

At night the siege was still maintained in the intervened town halls.

The four mayors were governed until this Monday by the Citizens for Freedom (CxL) party, a group that in August 2021 was outlawed by the Electoral Power, amid the repressive escalation unleashed by the presidential couple that led to its perpetuation in the power, after arresting all opposition presidential candidates and critical voices.

Police forces from the government of Daniel Ortega guard a building, with the Sandinista flag raised next to the Nicaraguan flag. Courtesy

The Nicaraguan Institute for Municipal Development (Inifom) argued before the mayors that they were sacked because "the CxL party does not have legal status."

Immediately, the Inifom appointed new Sandinista authorities in the municipalities who, sheltered by policemen, raised the red and black flags to the astonishment of the citizens of these municipalities that are part of what is considered the old corridor of the Contras, the armed guerrilla that in the eighties and under the auspices of Ronald Reagan he fought the Sandinista Revolution.

“The police occupation of the premises and the illegal dismissal of the elected mayors under the banner of Citizens for Freedom is a very serious attack against the popular will and municipal autonomy,” Kitty Monterrey, president of CxL exiled in Costa, tells EL PAÍS. Delicious.

“The mayors and councilors legitimately elected in 2017 in the CxL box are not party officials, they are municipal authorities elected by their citizens and they have demonstrated this during their administration.”

These municipalities have been governed mainly by the opposition to Sandinismo and, despite the electoral fraud and the control over the Electoral Power, Ortega was never able to take control of them, until now that he managed to do so

Silvio Prado, an expert in municipalism and a sociologist, called the argument given by Inifom "legalized".

“It is absurd, because a party is not a private company.

When a party goes to the elections, if it obtains a certain number of votes, they are a mandate for those they represent.

So, when authorities are elected, the mandate does not expire with the cancellation of the legal entity.

There is no reason in the law of political parties, the Electoral Law of Nicaragua, that says that the mandate of the elected is extinguished for having lost the legal personality.

Give power to prevent violence

In the midst of a repressive context, the ousted mayors handed over the municipalities to avoid violence or being imprisoned.

Although fear spreads among them and they prefer not to talk to journalists to avoid reprisals, local sources assure EL PAÍS that "the real coup plotters" are Ortega and Murillo, referring to the official propaganda that insists that in 2018, after the massive social protests , were victims of an “attempted coup”.

"It's a coup at the local level," says an official from the Pantasma mayor's office, the first taken by the government this Saturday.

So the five mayors governed by CxL have suffered the Ortega-Murillo coup.

Nicaragua has 152 municipalities, of which only 18 were governed by non-Sandinista political parties.

Of those 18, five were from CxL but now they become official and the Government dominates more than 90% of the municipalities.

The taking of these mayorships occurs just four months before the municipal elections scheduled for November.

However, to date, the Electoral Branch has not convened the process, which is criticized for lacking guarantees of transparency and competitiveness.

"With these acts, the regime is confirming that it has no interest in rehabilitating the electoral route and not even in keeping the appearance of legality in the next municipal votes," Monterrey stressed.

"Restore respect for the popular will through free elections remains essential for Nicaragua to come out of this deep crisis and we Nicaraguans are not going to stop demanding it."

The municipalist warns that the seizure of these mayoralties not only completely destroys municipal autonomy in Nicaragua, which for years was torpedoed by the Government by reducing municipal transfers as punishment for opposition headquarters, looting of offices and police harassment, but also "consolidates the single party model.

"In November they are going to hold local elections, but voting as they want," Prado explains to EL PAÍS.

“Elections with single party modalities, as in Cuba;

the only party with a chance of winning is the Sandinista Front and they will not lose any of the seats.

So they make sure they have the freedom to, just as they did in the past elections, distribute crumbs to the collaborationist parties, give these parties some minor mayoralty."

But also, Prado notes, it is a message from the Ortega-Murillo family to officials and Sandinistas about the totalitarian escalation they are promoting, that the presidential couple "can do whatever they want."

"In short, what they are telling him (Ortega and Murillo) is that they are interested in the will of the voters and dismantles one of the last remnants of the status of citizen: which is electing and being elected," adds Prado.

The mayors who have suffered the coup are Óscar Gadea (Pantasma);

"Today the flags of the ruling party have been raised in these mayor's offices in yet another act of disrespect for citizens and institutions," laments the president of CxL, who from Costa Rica receives reports from the headquarters surrounded by police officers from the special troops . 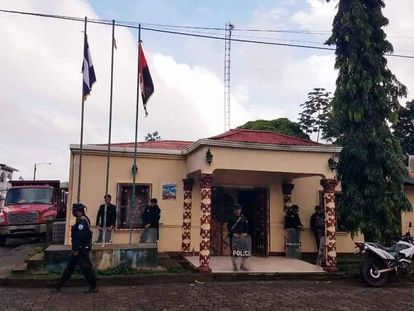 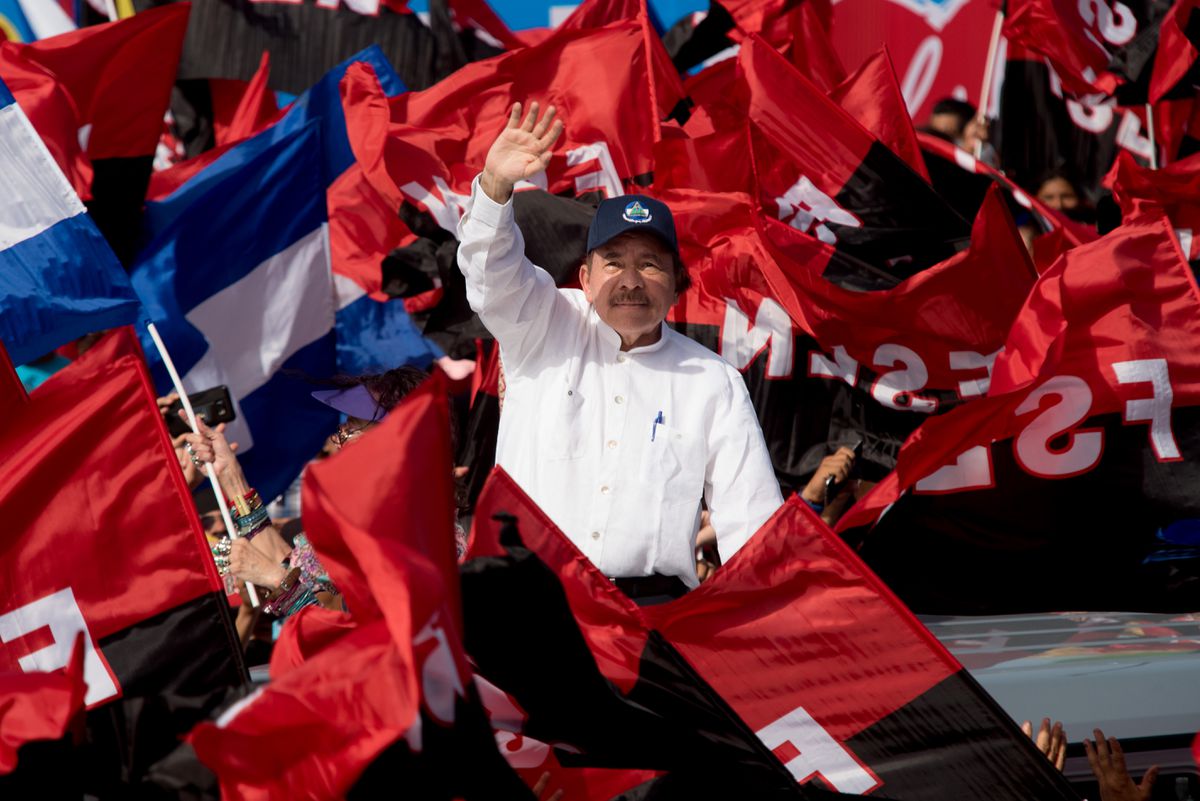 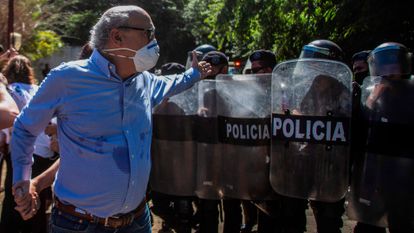 Daniel Ortega's revenge against the Chamorro family in Nicaragua 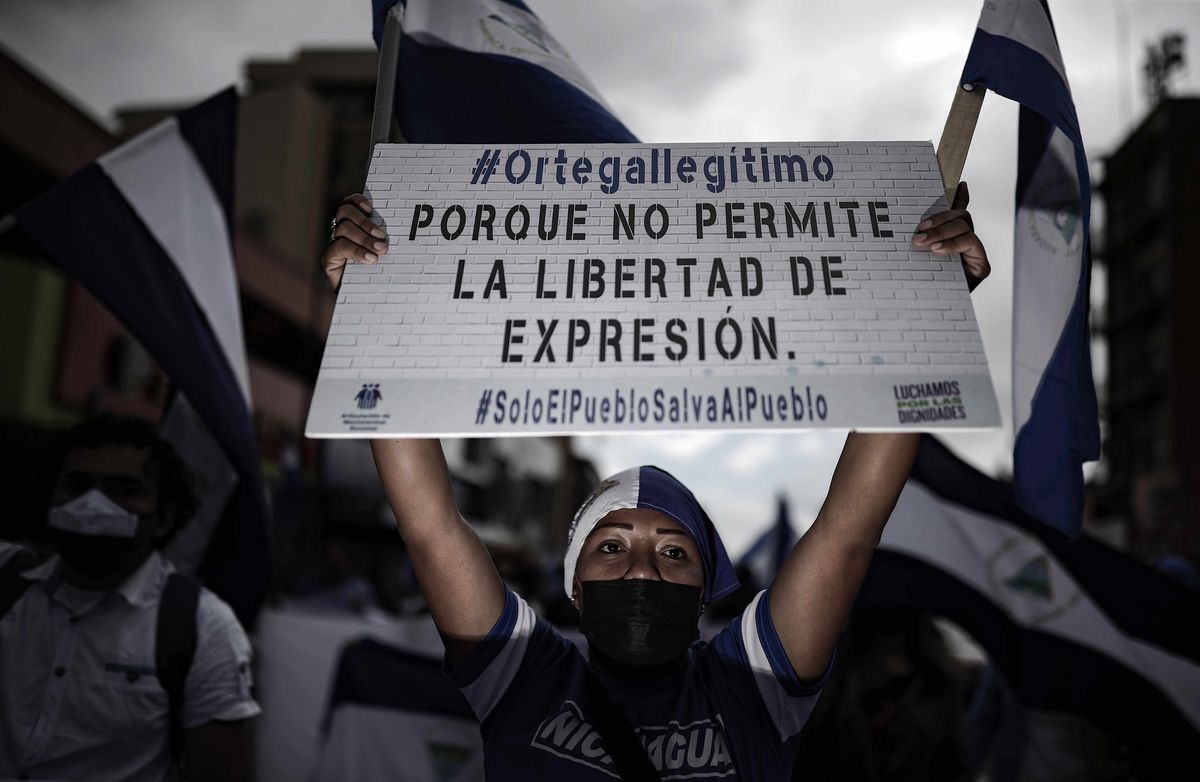 Nicaraguans are the population that made the most asylum requests in 2021, after Afghans 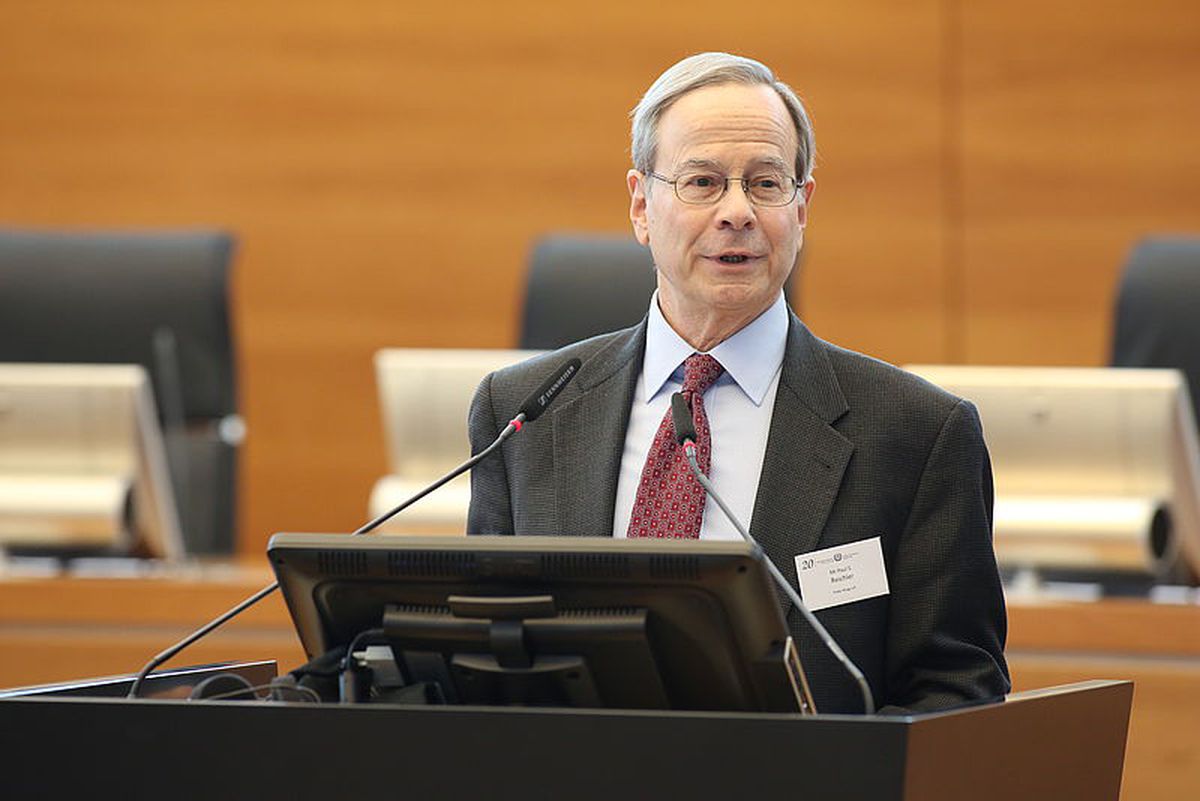 “It is no longer the Daniel Ortega whom I respected so much”: an important adviser to the Government of Nicaragua resigns 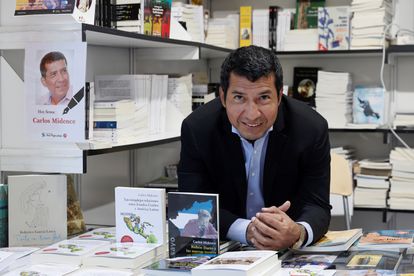 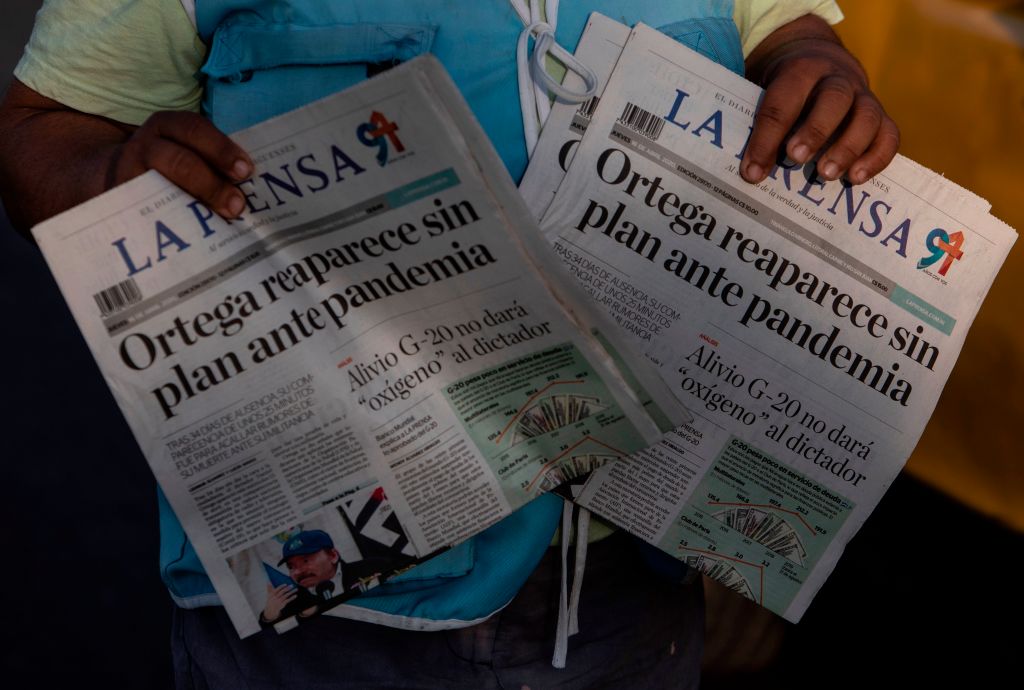 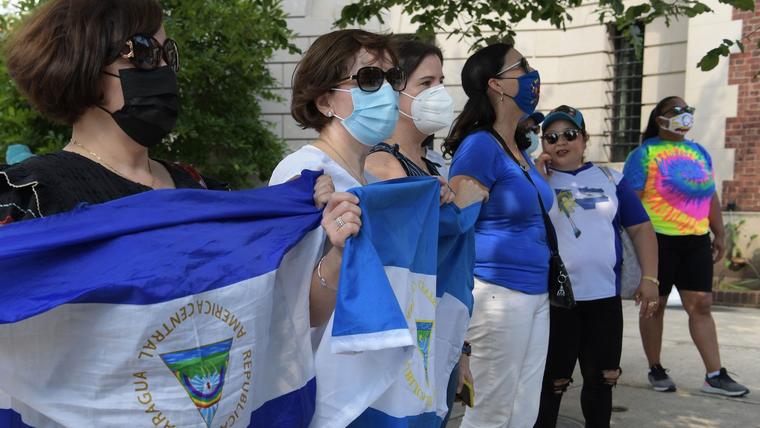 Hugo Torres, former guerrilla and one of the imprisoned opponents in Nicaragua, dies at 73