Harmless to humans: Questions and answers about animal diseases.

Hanover – African swine fever (ASF) has broken out in a pig farm in the Emsland district.

The national reference laboratory, the Friedrich-Loeffler Institute, confirmed the findings of the State Office for Consumer Protection and Food Safety, as announced by the Ministry of Agriculture in Hanover on Saturday (07/02/2022).

African swine fever (ASF) broke out on this farm in Emsland.

All the pigs have now been killed.

According to the ministry, this is the first confirmed case of the animal disease in Lower Saxony, as reported by hna.de.

In which farm has African swine fever been detected?

A company in the municipality of Emsbüren near the state border with North Rhine-Westphalia is affected.

The entire stock will be killed on Sunday.

What other immediate measures have been taken?

Because the region is one of the areas with a particularly dense livestock population, the ministry has set up a ten-kilometer exclusion zone around the farm.

Within this zone, the transport of pigs is initially prohibited.

In addition, all stocks will initially be checked regularly for further cases.

It cannot be ruled out that other animals will have to be killed.

How was the disease of the animals on the farm noticed?

How swine fever could be introduced is still unclear.

The owner had noticed symptoms in his breeding sows and therefore contacted a veterinarian.

Because of the suspicion, he had sent samples to the State Office for Consumer Protection and Food Safety.

What is African swine fever?

African swine fever (ASF) is a viral disease that only affects wild and domestic pigs.

It usually ends fatally for pigs.

Can people catch the virus?

No, the virus is harmless to humans.

Even direct contact with infected animals does not pose a risk of infection.

Is the virus dangerous for pets?

No, only pigs can become infected with the ASF virus.

The virus is harmless to other animals.

However, dogs, for example, can spread the virus after contact with an infected (wild) pig.

Where does ASP occur?

In Germany, the virus has so far been detected in Lower Saxony, Brandenburg, Saxony, Mecklenburg-Western Pomerania and Baden-Württemberg.

Poland, the Baltic States and other Eastern European countries are also affected.

In addition, ASF is widespread in some African countries, Russia and China.

How is the disease transmitted?

The disease is transmitted directly from animal to animal.

For example, in domestic pigs kept in open housing through contact with wild boars.

Indirectly, the virus can be transmitted by people, other animals or objects.

After contact with infected (wild) pigs, the virus can adhere to clothing or objects.

This is how it is carried to the pigsty.

Feed, slaughterhouse and food waste, liquid manure and manure or vehicles can also transmit the virus.

Is it still possible to go for a walk in the forest?

Yes, the walk in the forest - even with a dog - is still possible.

However, general caution towards wild animals should be observed.

In the event of an ASF outbreak, access to forested areas may be restricted.

In principle, areas of forest cordoned off with red and white warning tape may not be entered.

Is there a vaccine?

No, at this time there is no vaccine against African swine fever.

This is also not to be expected in the short term.

However, interesting candidates for a vaccine have already been developed that now need to be further researched.

Can people get sick if they eat meat from infected pigs/wild boar?

No, there is no infection through the consumption of (wild) pork.

Regardless of ASF, kitchen hygiene should always be observed when preparing, i.e. maintaining the cold chain, storing and preparing raw meat separately from other foods, heating the meat to over 70 degrees Celsius.

How is it ensured that no infected meat is sold?

Trade in pork from areas with ASF is prohibited under EU law.

This is not about human health, because ASF does not pose a threat to humans. The background is rather animal health.

Mishandling or disposing of infected pork could spread the disease.

Why shouldn't meat products be brought from other countries?

The ASF virus is extraordinarily resilient.

Not only fresh meat can be infectious for other pigs.

The virus can survive for months in frozen, raw or smoked meat products such as salami or ham.

In order not to introduce animal diseases (i.e. not just ASF), it is strictly forbidden to bring meat, meat products and milk from non-EU countries.

Travelers should generally make sure to only dispose of leftovers in tightly closed garbage cans.

Everyone can help to prevent the animal disease from spreading further

Anyone can help stop African swine fever (ASF) from spreading.

Kitchen waste or food leftovers must not be fed to domestic or wild pigs!

No leftovers should be left in nature.

There are wild boars everywhere in Germany.

It is essential not to bring any food containing pork (e.g. sausage, ham, frozen meat) from areas affected by ASF.

It is forbidden to bring meat, meat products and milk from countries outside the European Union.

No animal stables should be entered without being asked.

Wild boars found dead should be reported to the responsible veterinary office.

Hunting seasons and African swine fever also occupy the hunters in Duderstadt in the district of Göttingen.

In Lower Saxony, precautions were taken against swine fever. 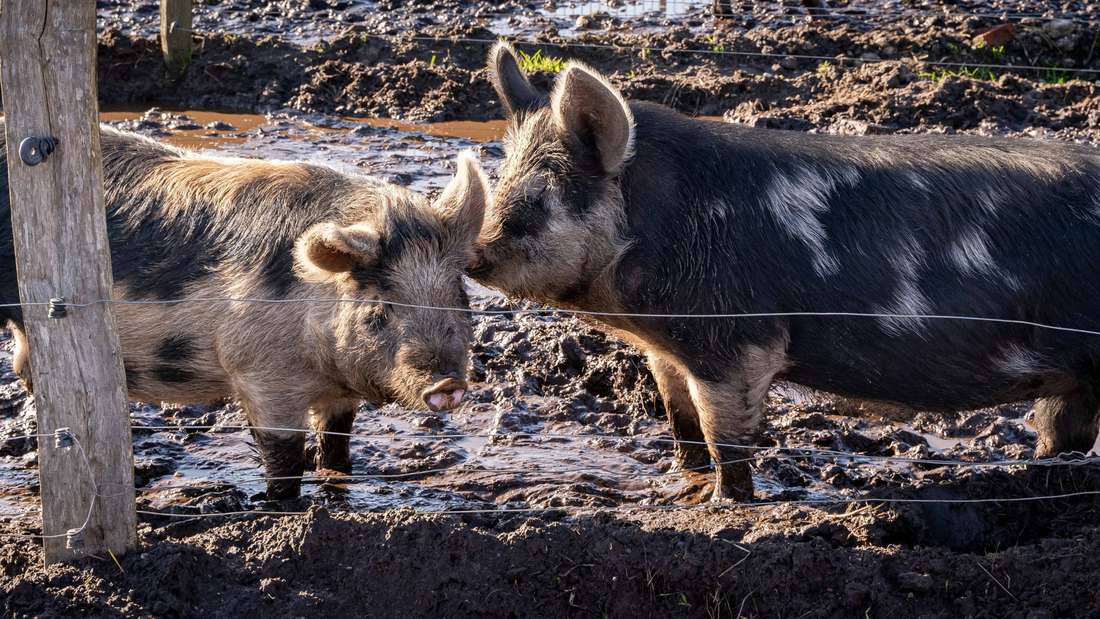 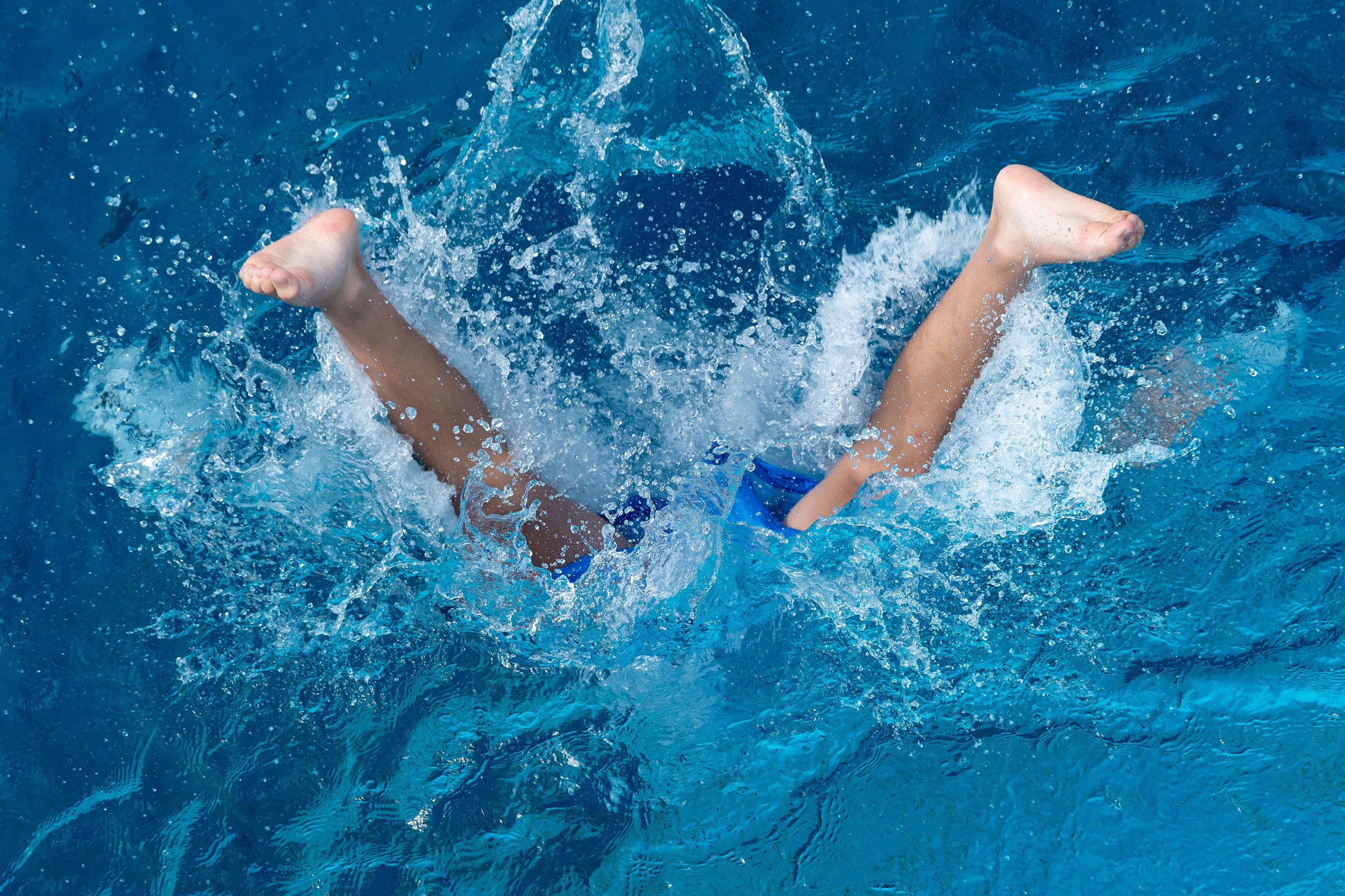 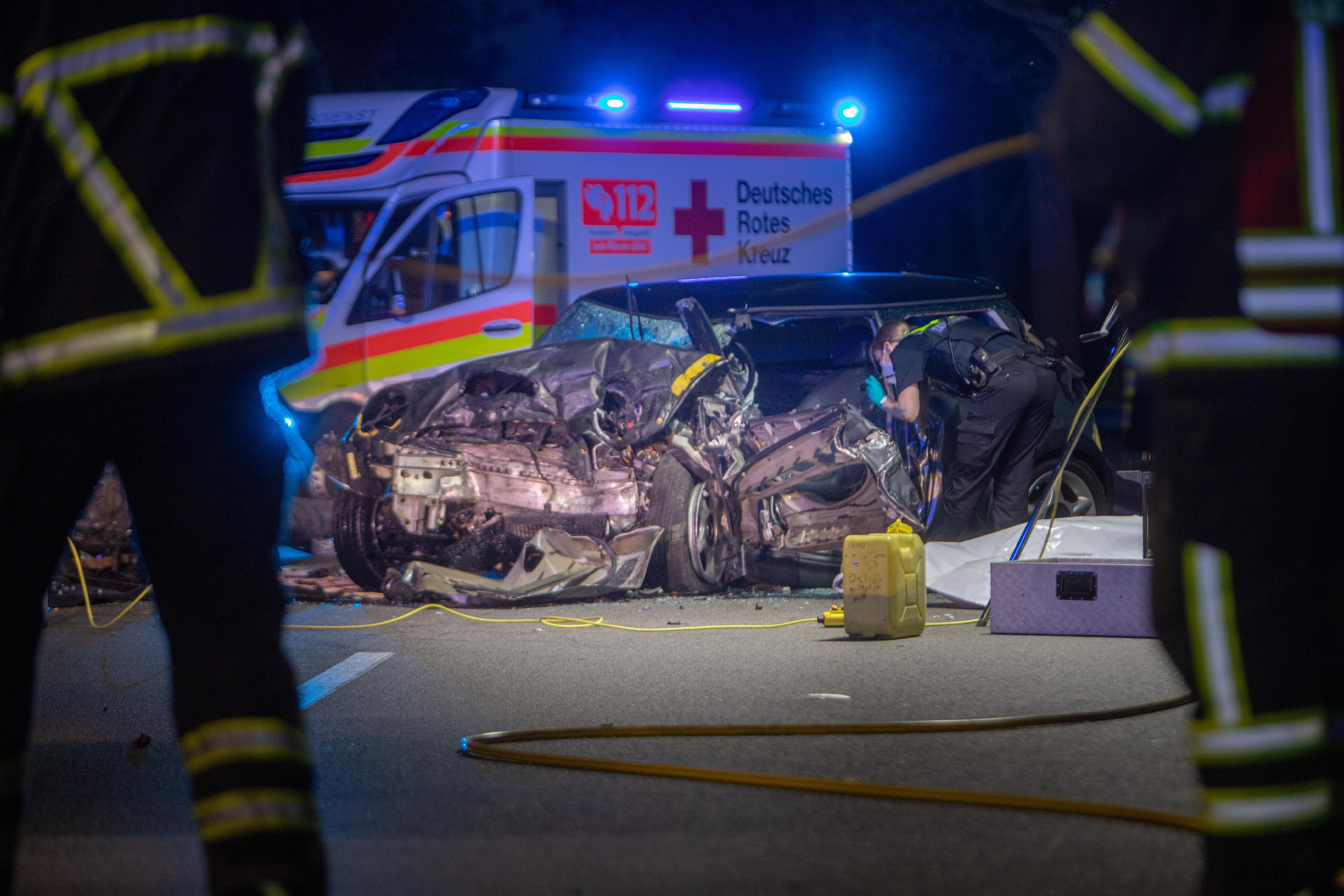 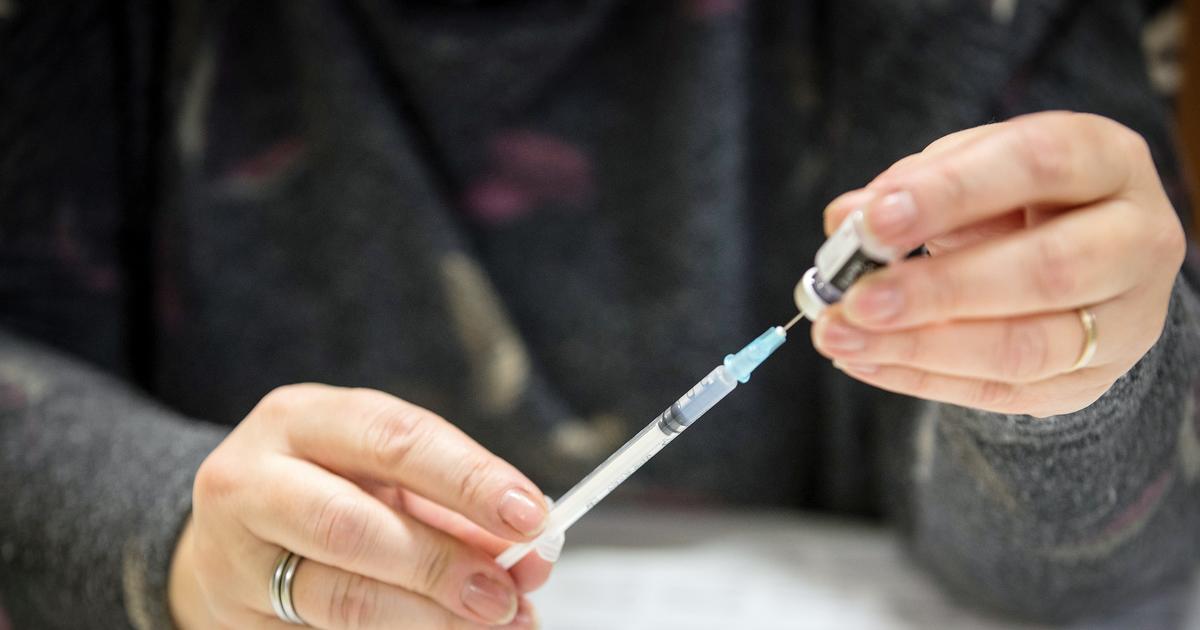 Vietnam announces it has developed a vaccine against African swine fever, a world first 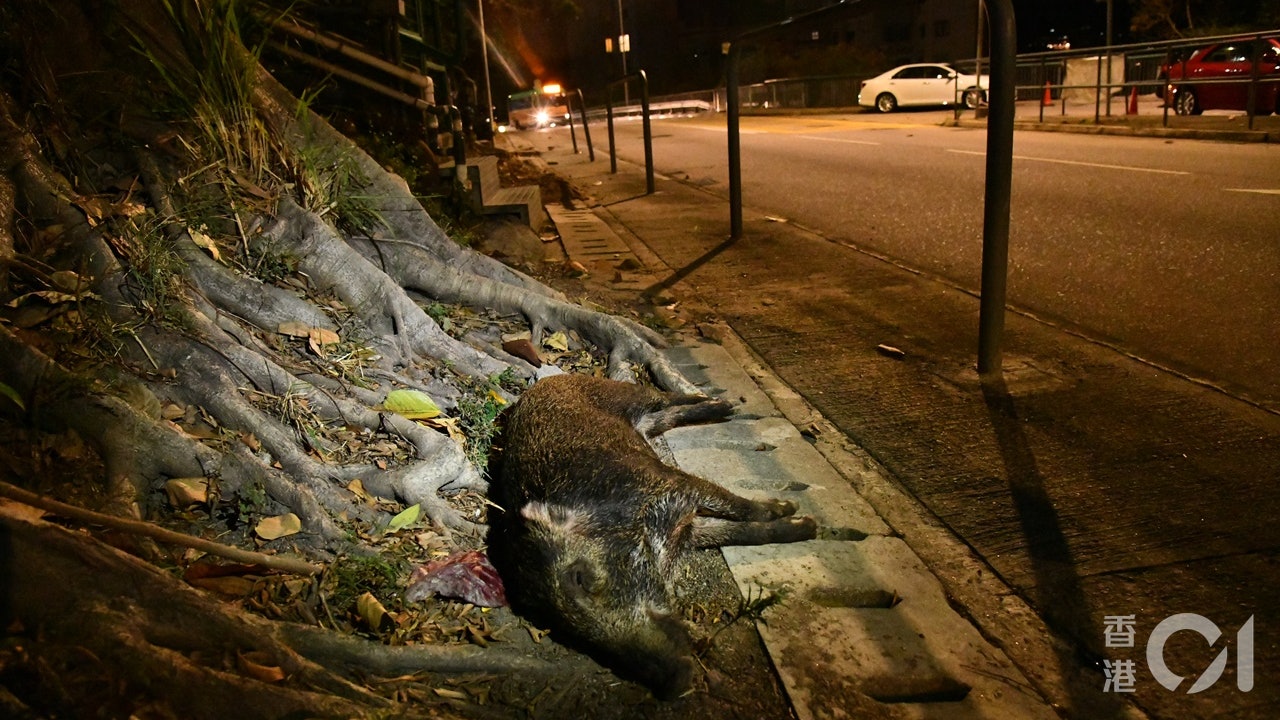 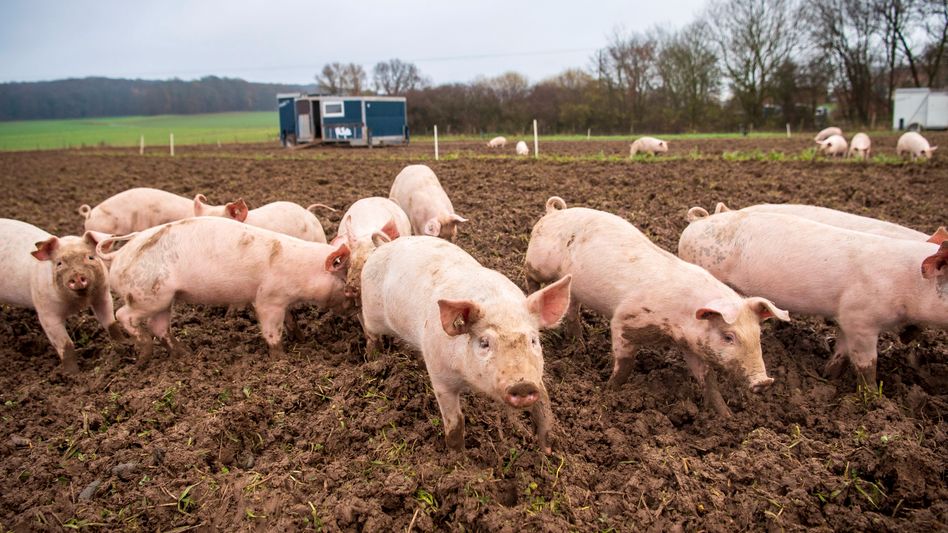 Outbreak of swine fever in the district of Emmendingen