Following a secret report: The arrest of the suspect in the murder of the late Sapir Nahum has been extended for the sixth time | Israel today

Police have not yet been able to present gold evidence to the court, but claim that there is significant progress • The late Sapir Nahum's sister: "He will receive the punishment he deserves, murdered my sister and left two orphaned children" 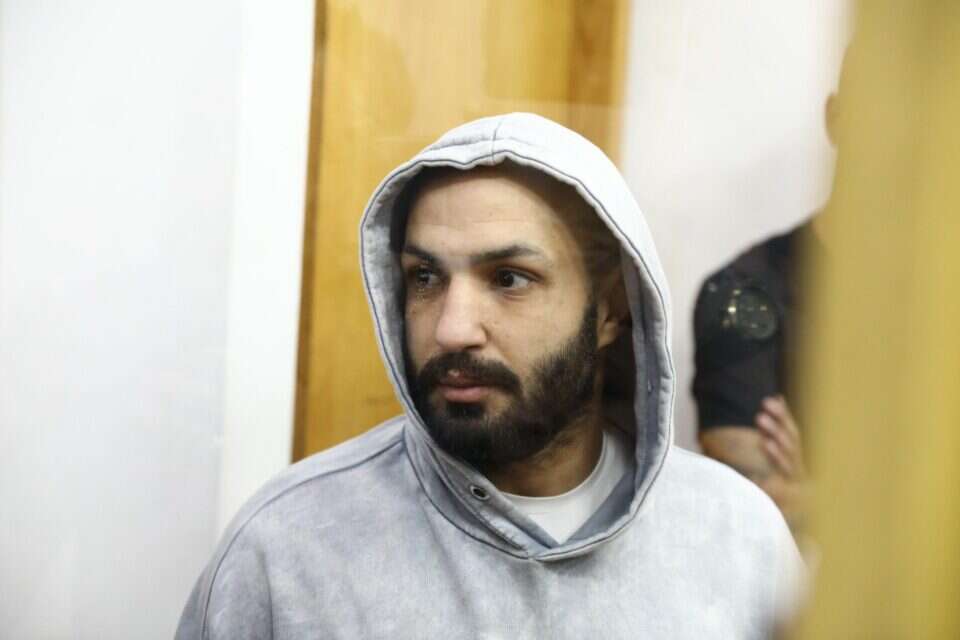 The murder of the late Sapir Nahum:

The detention of the main suspect in the murder and her ex-partner, Walla Khalaila (34), was extended today (Thursday) for the sixth time for five days.

"This is the sixth detention extension in number. Today I was presented with a confidential report that includes what has been renewed since the previous detention extension and details the investigative actions to be carried out later, and as the investigator stated they are in the last line and request an extension of 5 days," the judge said. "The secret is and there is progress and evidentiary infrastructure regarding the binding of the suspect in fact. The whole case is based on circumstantial evidence. This is a serious offense and the police must be approved to complete the investigation."

For the abduction and murder of the late Sapir Nahum, Photo: Shmuel Buharis

A police investigator explained to her a trial that the suspect was thrown evidence of the reasons for his trip to the murder scene in the village of Ivten, to which the suspect traveled several times before the murder.

According to police, his working assumption is to prepare for the murder scene and the murder itself.

The investigator further said that the suspect made mistakes and there are traces as well as significant progress of conspiracy of the suspect to commit the offense.

At the end of the hearing, Eden, the sister of the late Sapir Nahum, said: "I know we will not give up, we will reach every hearing, he will receive the punishment he deserves, he murdered my sister and left two orphaned children without a mother."

Advocate Sandy Franz Alkabetz, who represents the Nahum family, said that "although there is a feeling that the case is based on circumstantial evidence only.

We know that even in very difficult cases like our case, even when we relied on circumstantial evidence and even when there was no body.

I have no doubt that an indictment will be filed, I do not see another option. "

Advocate Aviad Hayat, representing the suspect, said: "The case is based on the same evidence and it is not certain that an indictment will be filed at all, the suspect is not the man involved in the unfortunate incident.

"He calls on the police to investigate other directions - he was marked as a target unrelated to the murder incident, there is circumstantial evidence and not beyond this - he is not connected to the incident at all."

It will be recalled that a few days ago, the court released Walla's brother, Alaa Khalaila, under house arrest for 30 days.

The police clarified that the investigation against him is also ongoing.

Focus: What preceded the murder

The late Sapir Nahum left her home in Acre after sending her daughter to kindergarten, and since then her traces have disappeared. On the evening of that day, the family reported the absence to the police.

The late Sapir Nahum, Photo: Courtesy of the family

The first working assumption was that Sapir was probably being held against her will somewhere, but as the days went by, and since no "golden knowledge" was received regarding her disappearance, the police also began to consider the possibility that the young woman had been murdered.

The investigation team of the Central Unit in the Coastal District is continuing its efforts to gather evidence, which will shed light on the events that preceded its murder.

Investigators estimate that more than one person was an accomplice or helped the killer hide the body after the murder, and according to a senior police official, "the signs show that it was a murder that was planned in advance and carefully."

Following a secret report: The arrest of the suspect in the murder of the late Sapir Nahum has been extended for the sixth time | Israel today

The police requested the release of the brother of the suspect in the murder of Sapir Nahum - Walla! news

The detention of Sapir Nahum's ex-spouse has been extended, the family members came to Abu Kabir for the body identification process | Israel today

The murder of Sapir Nahum: "The evidence has grown stronger, we are in the last line of the investigation" - Walla! news

"The last line": The police submitted a prosecutor's statement against the suspect in the murder of Sapir Nahum - Walla! news

The murder of Sapir Nahum: The court will discuss extending the detention of the suspect in the act - Walla! News

The murder of Sapir Nahum: "Minimal convergence in the investigation, 'golden vision' may not be found" - Walla! news

The investigation in both arenas, the suspect who has already been convicted of murder: the sad end of Sapir Nahum - Walla! news