Glacier break in the Dolomites: emergency services continue to search for missing people on the Marmolada.

After the glacier broke in the Dolomites, the search for victims of the ice avalanche continues.

Emergency services are out with dogs at dawn.

Canazei – The rescuers in the Dolomites got back to work at dawn.

The emergency services at the site of the Marmolada disaster used dogs to search for traces that were not identified by drone and helicopter flights.

The glacier is unstable.

More ice blocks can come loose at any time - extreme caution is called for.

In the past few days it would have been too risky.

Ice axes and backpacks were found during the search operation.

This is reported by the Italian news agency Ansa, citing investigative sources.

"During the research, there were organic and technical material finds," said the province of Trento on Thursday morning.

The remains were recovered, transported downriver and are due to be analyzed.

Glacier fall in the Dolomites – Tragedy of the Marmolada

Ice, boulders and rocks suddenly fell on Sunday (3 July) around 2 p.m. on the Marmolada glacier.

Experts suspect that a gigantic amount of meltwater must have formed under the glacier.

The pressure of the water between the ice and the rock turned out to be a "bomb", reports the Italian TV channel RAI.

This tremendous force lifted the ice and threw it down at a speed of 300 km/h.

The freezing point on the highest mountain in the Dolomites was over 3,000 meters for 25 days.

Marmolada (Italian Marmolda): "The Queen of the Dolomites"

A view of the Marmolada glacier on July 7, 2022. © Daniele Paternoster/Province of Trento

Eight people were injured, including a man (67) and a woman (58) from Germany.

They are in clinics in the province of Belluno.

Her health has continued to improve, the hospital operator announced on Wednesday evening.

Allesandra also survived the Marmolada tragedy, while her husband died.

In a touching post on social media, she publicly remembers her Tommaso.

The authorities have officially confirmed nine fatalities so far.

Remains of two victims were found on Wednesday.

It is said to be a missing couple from Veneto, reports the Italian TV station Rai.

Four of the fatalities were identified by family members.

The victims, who have not yet been identified, probably come from the Czech Republic. 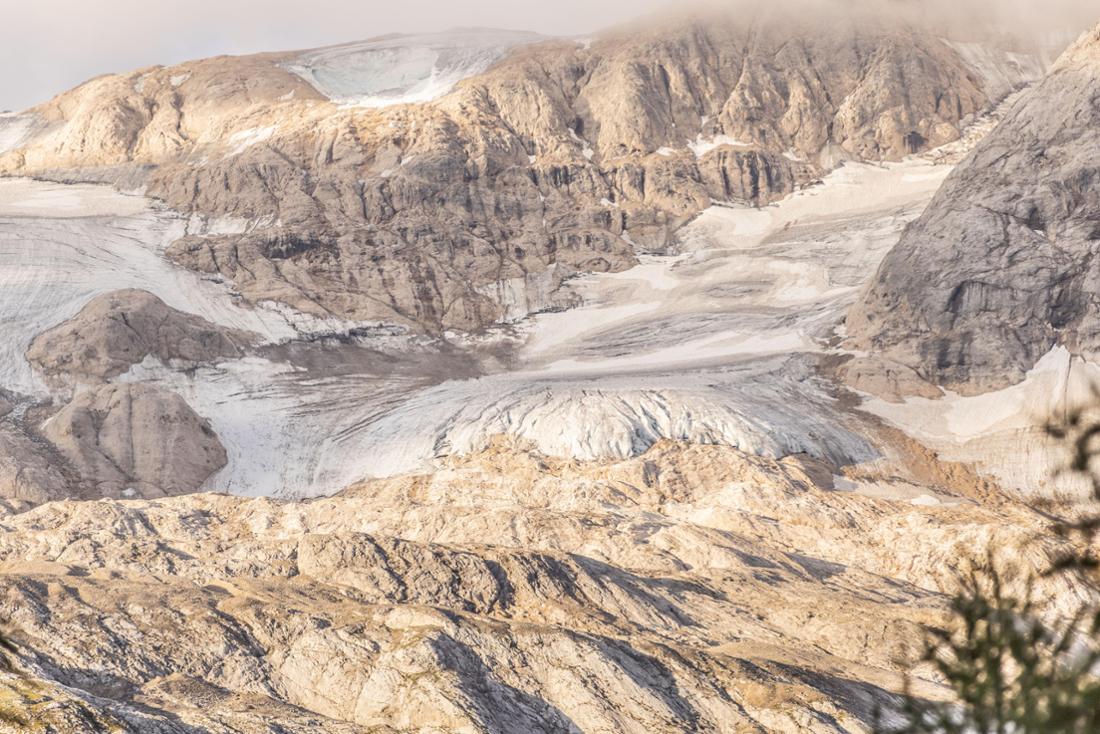