Place sign moved: At the Poing sports center, the speed limit is now 50

The speed limit on Plieninger Strasse near the Poing sports center is now 50 km/h. The area is now in the city center due to the relocation of the place-name sign. The speed limit on Plieninger Strasse near the Poing sports center is now 50 km/h. The area is now in the city center due to the relocation of the place-name sign.

Poing - At the Poing sports center, the town sign has been moved about 300 meters to the north.

This means that the area at the intersection of Plieninger Straße/Rosenstraße and the sports center car park is now in town and the speed limit is 50 km/h.

In the further course to Ottersberg Tempo 60 is shown.

The dangerous crossing area is crossed by many pedestrians and cyclists.

Mayor Thomas Stark announced at the July meeting of the municipal council that on May 4th the administration had again submitted an application to the Ebersberg district office responsible for this district road EBE 2 to move the place-name sign.

This has now been done with a traffic law order of June 21st.

This means that the entrance to the sports center and the junction with Rosenstraße are now within the town with the corresponding speed limit.

(By the way: everything from the region is now also available in our regular Ebersberg newsletter.)

The crossing area has been an issue in the Poinger municipal council for years.

Because many pedestrians and cyclists cross the busy Plieninger Straße on the way to the sports center and back.

Although there is a bridge for pedestrians and cyclists about 200 meters away.

In the past, the municipal council and administration had repeatedly considered how the unofficial crossing in the crossing area could be made safer.

Place sign moved: At the Poing sports center, the speed limit is now 50 Conversion of the west ring in Poing: a new cycle path on both sides 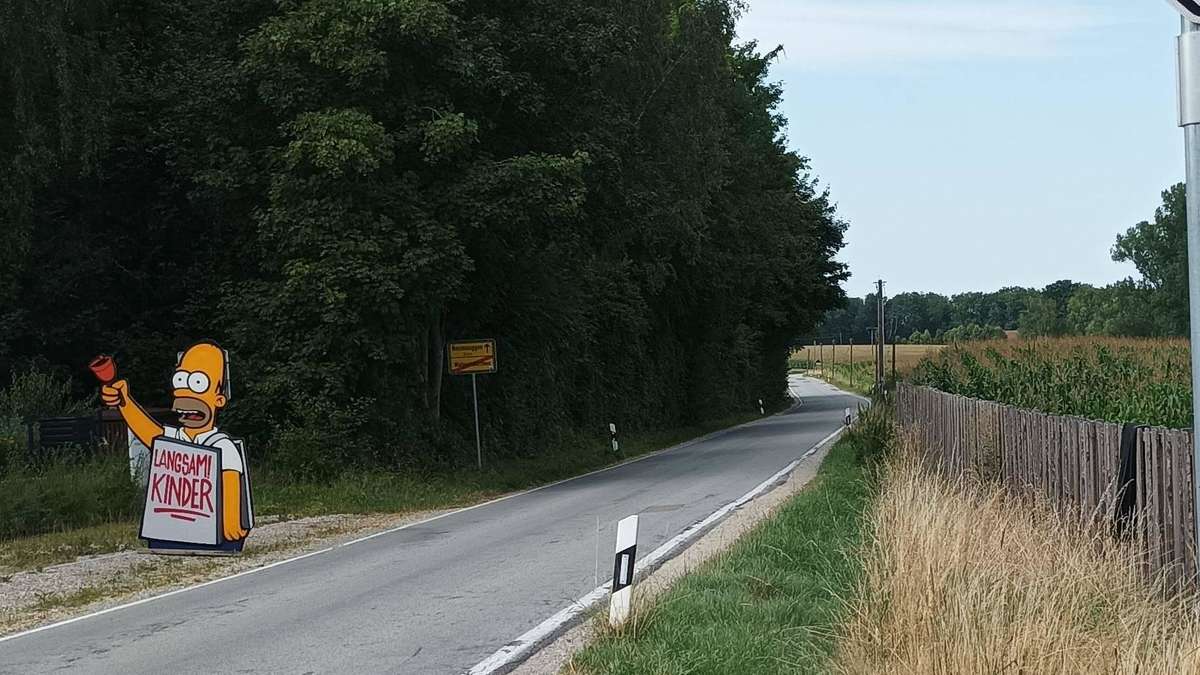 Homer Simpson warns to slow down They're driving again: Poinger Modellbahntage at the weekend - after a four-year break