Russians have increasing problems in the south - new vulnerability after Ukraine attack Created: 08/04/2022Updated: 08/04/2022 09:31 By: Bettina Menzel, Stephanie Munk, Andreas Schmid Ukraine is resisting the Russian campaign with all its might - apparently with some success at Cherson. Ukraine heavily blames Russia. All information in the news ticker. Russia confirms rocket attack in western

Ukraine is resisting the Russian campaign with all its might - apparently with some success at Cherson.

.: The counter-offensive in southern Ukraine is causing the occupiers increasing problems – this is how the British secret service estimates the situation in the Cherson region to be.

A Ukrainian attack on a Russian ammunition train temporarily disrupted a supply route from the occupied Crimea peninsula.

Although the occupiers could repair this route within a few days, it will remain a weak point, according to an August 3 update.

The Antonivka Bridge, which was damaged by Ukrainian missiles, also makes it difficult for Moscow to resupply its troops west of the Dnipro River.

Ukraine-News: According to Kyiv, the Russian military is said to have tortured prisoners

a.m.: On July 29, a prison with Ukrainian prisoners of war was attacked in Olenivka, 53 died and many more were injured, including prisoners from the Azov regiment.

Russia had accused Ukraine of having carried out the attack itself.

A report by Ukraine's Defense Ministry now says the Russian military tortured detainees and attacked the prison to cover their tracks, reports

It is said that Russia had no intention of exchanging prisoners.

The statements cannot be independently verified.

US intelligence officials confirmed to

that Russia is trying to plant false evidence.

Meanwhile, the UN is planning an investigation into what happened in Olenivka prison.

There is more heavy fighting in the Donetsk region.

In the east and south of the neighboring cities of Bakhmut and Soledar, Russian attacks were repelled in eight sections, the Ukrainian general staff said on Facebook on Wednesday.

Russian troops have also attempted to attack five sectors in the north, east and south of the industrial city of Avdiivka, which is held by Ukrainian units.

According to the Ukrainian military, these attacks were also repelled.

Warning of "patchwork" in Corona rules from autumn

Along the entire front in the areas of Kharkiv, Donetsk, Zaporizhia, Cherson and Mykolaiv, Russian artillery fired on Ukrainian positions in dozens of places.

According to the situation report, another Russian ground attack failed in the southern Ukrainian region of Cherson.

In addition, there is talk of massive Russian air strikes.

Positions of the Ukrainian army in ten different towns are said to have been bombed.

According to the Ukrainian military command, Russia is apparently preparing a new offensive in the south of the country.

For this purpose, a troop is to be built up, which is then to attack the city of Krywyj Rih.

The metropolis in the Dnipropetrovsk Oblast is the eighth largest city in Ukraine and is known for iron ore mining and the steel industry.

President Selenskyj was born and grew up in the industrial city.

Russia has confirmed a missile attack on the western Ukrainian region of Lviv (Lemberg) – and justified it with the destruction of western weapons.

A warehouse with weapons and ammunition that Poland had delivered to Ukraine was destroyed, said Defense Ministry spokesman Igor Konashenkov.

Ukrainian authorities had previously reported explosions in the border area with their NATO neighbor Poland.

Russia also confirmed an attack on the southern Mykolaiv region.

This could not be independently verified.

Fighting continues in the eastern Ukrainian region of Donetsk.

Russia is concentrating its main effort towards the city of Bakhmut, the Ukrainian General Staff said.

There had been artillery fire on settlements south of it "to push back our units".

However, some of the Russian attacks were repelled.

Fierce fighting continued for the town of Bakhmut in the Donetsk region.

Ukraine-News: Putin's army is apparently having problems - Ukraine is not giving up its resistance

Ukraine is not defeated by Russia in the Cherson region in the south-east of the country - and this is apparently causing Putin's army increasing problems.

This is the assessment of the British secret service.

According to an analysis by the British Defense Ministry, Ukraine successfully attacked a Russian train carrying ammunition.

This temporarily paralyzed the route for supplies from the occupied Crimean Peninsula.

Although the Russians could repair this route within a few days, it will remain a weak point.

A Ukrainian soldier takes cover behind sandbags in a village near Kherson.

In addition, a Ukrainian missile hit the Antonivka Bridge near Cherson.

Russia is now having trouble resupplying its army west of the Dnipro River.

The Russians would most likely have to resort to a recently established civilian ferry route to ferry troops and supplies across the river.

As fierce fighting in the area continues, British intelligence expects more and more people to flee the Kherson region.

.: Explosions near the Ukrainian western border with NATO member Poland: A Russian missile hit a Ukrainian military facility in the Chervonohrad district on Tuesday evening, the administration of the Lviv region said.

There is still no information on the damage done, wrote Governor Maxim Kosizkyj on Telegram.

The Russian army fired eight missiles at Ukraine from long-range bombers over the Caspian Sea on Tuesday evening, the high command of the Ukrainian air force said.

Seven of them were intercepted.

An anti-aircraft position was hit in the Lviv region.

This military information could not be verified directly.

Explosions were also reported from the city of Mykolaiv in southern Ukraine in the evening.

On Wednesday morning around 4 a.m. in the eastern Ukrainian city of Kharkiv, two explosions were apparently heard - one in the Kharkiv district of Kholodnohirskyi and the other at an as yet unconfirmed location.

The mayor of Kharkiv, Ihor Terekhov, reported on the two explosions on Wednesday morning.

So far, no injuries or damage have been reported in the second largest Ukrainian city.

The second hit location is currently being clarified, it said.

Explosions had already been reported from Kharkiv the previous night.

These are urgently needed by the Ukrainian armed forces in order to be able to effectively repel the Russian army in the Donbas.

"In fact, we still cannot completely break the advantage of the Russian army in terms of artillery and manpower," Zelenskyy said.

This was clearly felt in the battles for Pisky, Avdiivka and other places in Donbass.

"It's just hell," said the President, referring to the fighting.

For this reason, Kyiv needs above all more multiple rocket launchers, such as the Himar system from the USA or the Mars II system from Germany.

The Ukrainian counter-offensive in the south of the country claims to be making further progress.

The governor of the Black Sea region of Kherson announced on Tuesday that Ukrainian forces have recaptured 53 towns since the Russian invasion began in February.

On Monday, only the recapture of 44 places was initially confirmed.

The Ukrainian territorial gains are mainly attributed to the heavy weapons supplied by the West.

These include the US Himars multiple rocket launchers.

War in Ukraine: Shoigu announces - "Liberation" of Donetsk is going according to plan

According to the Russian army, everything is going according to plan in eastern Ukraine.

At the beginning of July, Russia announced the conquest of the eastern Ukrainian region of Luhansk - but since then it has only gained relatively little territory in neighboring Donetsk.

Shoigu listed six towns in Donetsk that his troops are said to have last conquered.

.: Ukraine continues to report heavy fighting in the Donetsk region.

The Ukrainian General Staff said the fighting for the city of Bakhmut in the east of the country would continue.

There had also been Russian advances eight kilometers further north, near Soledar.

Russian attacks in several places south of Bakhmut, on the other hand, were largely repelled, it said.

The Ukrainian General Staff also reports a Russian attack north of the major city of Kherson on the border with neighboring Dnipropetrovsk region.

For weeks, Ukraine has been nurturing hopes of launching a counter-offensive in this region to recapture the south.

The Russian air force had also flown about four attacks on Ukrainian positions, it said.

There is unclear information about whether Ukraine attacked the Russian headquarters of the Black Sea Fleet on the Crimean peninsula two days ago: Russia claims that there was a drone attack with five injuries, Ukraine denies this and speaks of "deliberate provocation".

In Britain's view, however, the Russian Black Sea Fleet is in a weakened position.

The reported Ukrainian attack on the headquarters is "the latest setback" for the fleet, the Ministry of Defense said in London, recalling the loss of the flagship "Moskva" in April.

Because of the alleged Ukrainian drone attack, Russia had canceled its "Navy Day" celebration in Crimea.

The UK Ministry of Defense now comments: "Following reports of canceled parades, it is unlikely that the Black Sea Fleet will be able to hold high-profile public events alongside its wartime activities."

First report: Russia is said to use Europe's largest nuclear power plant as a protective shield: "They are hiding there"

Zaporizhia - nuclear power, no thanks?

In Germany there are discussions about an extension of nuclear energy - and in Russia nuclear power plants are apparently used as a protective shield.

The US government was "deeply concerned" on Monday that Russia had seized several nuclear power plants there during the Ukraine war.

According to US Secretary of State Antony Blinken, there are credible reports that the Zaporizhia nuclear power plant in the south of the country is being used as a kind of protective shield.

The reactors have been under Russian control since March.

That would mean: Russian troops are shooting at Ukrainian forces from the vicinity of the nuclear power plant.

They, in turn, could not shoot back because a nuclear catastrophe was imminent.

, tanks and multiple rocket launchers are stationed in and around the plant.

In addition, according to the operating company Enerhoatom, the Russian army is said to have brought 500 soldiers to the site.

It has been under Russian control since March.

The mayor of the nearby city of Nikopol, Oleksandr Sayuk, told the

of Russian soldiers: "They hide there so they can't be hit."

Sayuk further asked, "Why else would they be there?

Using such an object as a shield is very dangerous.”

Over half of Ukraine's electrical energy is generated from nuclear power.

The 1986 explosion of a power plant unit at the then Soviet Chernobyl power plant in northern Ukraine is considered the worst nuclear accident in history.

The Zaporizhia nuclear power plant is located directly on the Dnipro River near the town of Enerhodar, around 70 kilometers from Zaporizhia.

It is the largest and most powerful nuclear power plant in Europe.

In the region of southern Ukraine, Russian troops have recently made less progress.

Is this why the head of the Kremlin is changing his strategy?

There is no evidence of the capture of other nuclear power plants, but shots were recently reported in the Khmelnytskyi area.

It is not known whether there is a connection to the reactor there. 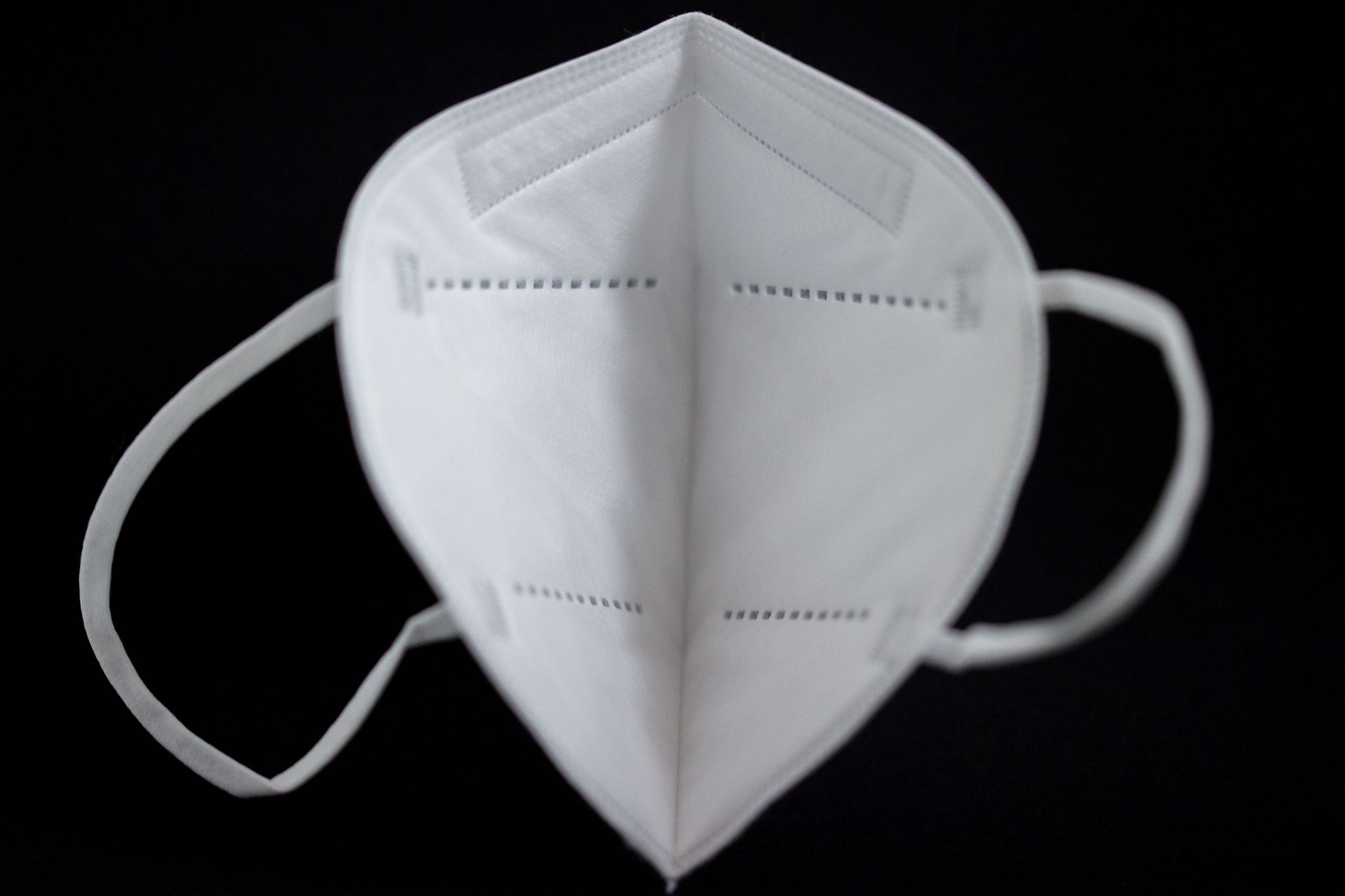 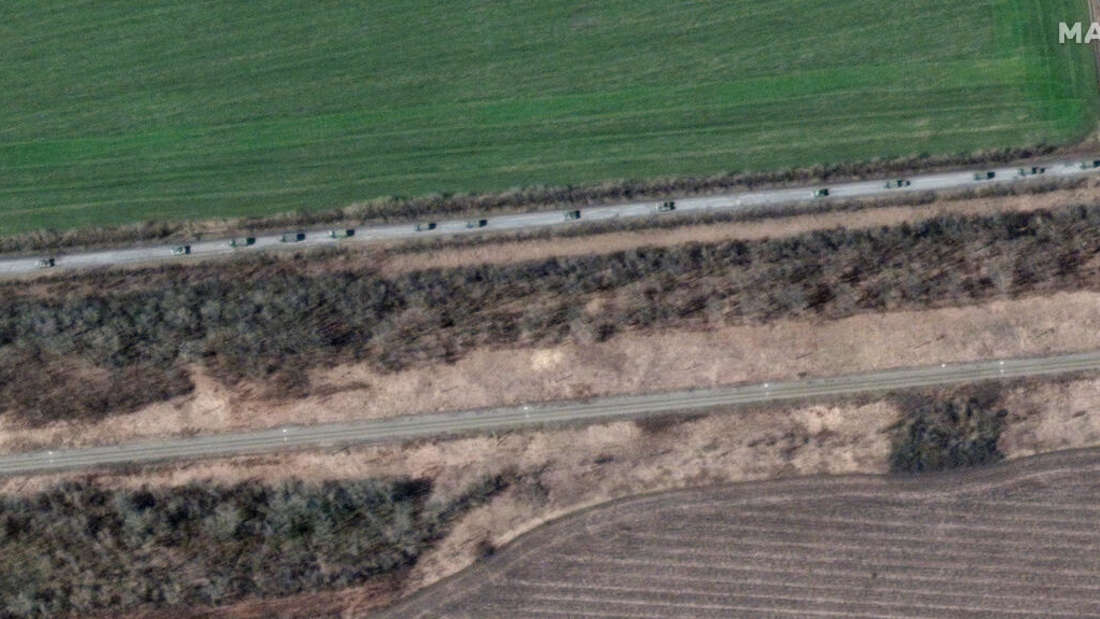