Lin Zejun, a Form 5 student, complained to the EOC earlier, questioning the school rules prohibiting boys from having long hair, which violates the Sex Discrimination Ordinance. 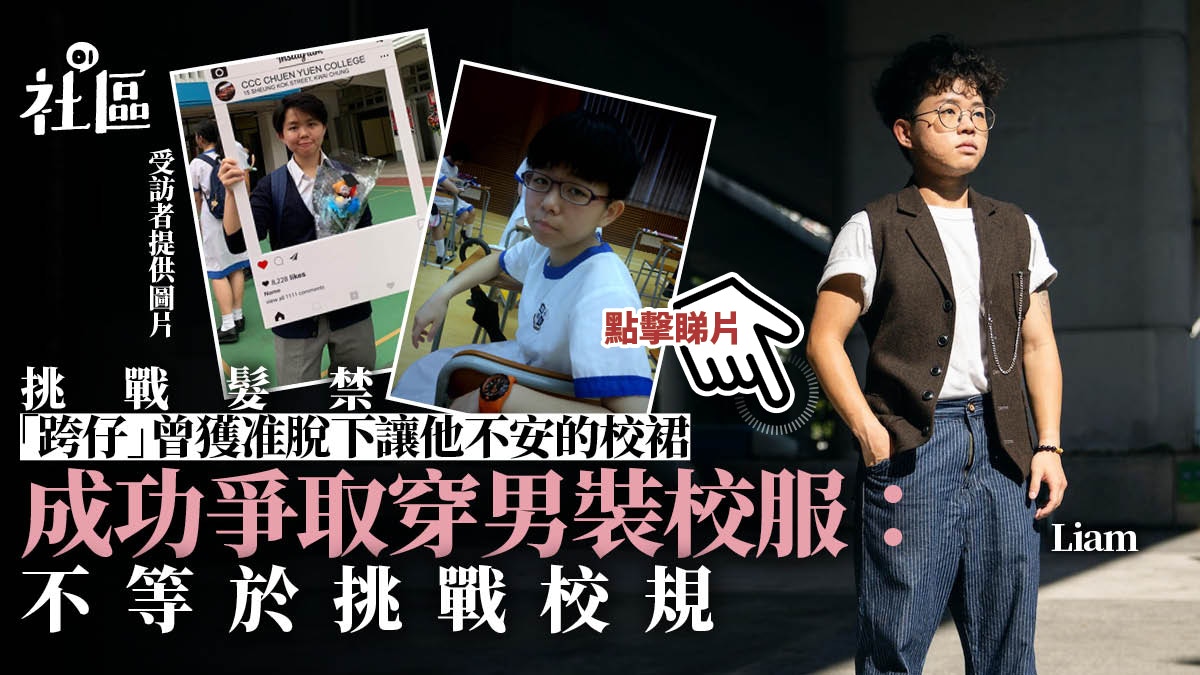 Lin Zejun, a Form 5 student, complained to the EOC earlier, questioning the school rules prohibiting boys from having long hair, which violates the Sex Discrimination Ordinance.

Liam, 21, is currently the chairman of Trans Youth Moment, a transgender youth support organization. In the past two years, they have received about 20 requests for help regarding grooming requirements.

When Liam was in Form 5, he successfully applied to the school and was allowed to take off his uneasy school skirt and put on a men's uniform for class.

In the clip, Mr. Lin mentioned that he has gender dysphoria; Liam believes that it is time for us to reflect on whether the "school rules" are out of date, "When you throw away all the rules, there is no space for thinking, and there is no corresponding education to help you understand, It turns out that gender and sexual orientation are all on the same spectrum, and there are more possibilities, and a society will be as binary as ever.”

Liam, the chairman and one of the founders of "Cross Youth Moment", is a young "cross boy".

In the Qing Dynasty, there was a "prohibition on keeping hair but not head". By 2022, some schools will ask students to "keep hair and not stay in school".

At the end of last month, Lin Zejun, a 16-year-old Form 5 student at Tung Wah Group of Hospitals Wong Wat Nam Middle School, uploaded a video saying that because of his "too long" hair, he was warned by the school that he would record a shortcoming every day, and even imposed a suspension from school, and was finally forced to cut it. send.

In the film, Mr. Lin described that he had a little gender anxiety and his gender identity was biased towards neutral. The haircut made him depressed, and he cried bitterly because of it. The judicial review of the long-haired haircut concluded that the incident was related to gender stereotyping and gender discrimination, and filed a formal complaint with the Equal Opportunities Commission.

Afterwards, a number of groups signed to support Lin's efforts to abolish the "prohibition"; EOC Chairman Zhu Minjian later also said that the case would enter the mediation stage, and hoped that the two sides could exchange views and narrow their differences.

I once questioned myself as a niche online, but found many underage transgender people

"Trans Youth Moment" is one of the groups that initiated the joint signing. Liam, the chairman and one of the founders, is a young "trans boy" (transgender boy). He admitted that he was in a co-educational school in middle school and was in a cis-gender and heterosexual school. In a love-dominated environment, he did not have a public identity, and once questioned whether he "would tie in with the minority".

Later, I found out through social platforms that there are many transgender people who are also underage. "Transgender people who are underage and teenagers, it is difficult to get support if the housing and enterprise people don't support it, and there are many school systems. Constraints and pressures are different from being bigger and having independent financial ability.”

Maybe the school will see you as an unconventional bad student. Others are stressed, you have anxiety, your friends and family may not understand, and the stress is multi-faceted.

When Liam was in Form 5, he successfully applied to the school and was allowed to take off his uneasy school skirt and put on a men's uniform for class.

The organization's English name "Quarks", which means "quarks", is an elementary particle. Liam and his friends set up the organization with the hope of connecting transgender youth in Hong Kong like particles.

Before this "ban" turmoil, they had discovered that the school's regulations on students' appearance and appearance had a great impact on the identity and gender anxiety of students who were in the groping stage or had established identities. Unacceptable (identity), in fact, a good part comes from whether other people accept it or not, and there is no way to control one's appearance... Most schools have a religious background, and then there are very strict grooming regulations, among which Hair is in the middle."

Liam pointed out that they have come across about 20 cases about school uniform regulations in recent years, most of them are high school students, "Some friends who read a lot of books apply to the school, will they allow long hair, or switch to sports uniforms... Even if it is a more neutral sports uniform, sometimes it is not allowed.” There are also schools that do not allow girls to have short hair, and can only “cut them to medium length”; There are many ways to force you to cut it... Basically, I haven't seen any classmates who want to have long hair, and I have the opportunity to successfully keep it as a male student."

The School Administration Manual of the Education Bureau (2021/22 school year) states that when formulating rules on school uniforms, schools should refer to the guidelines on "Racial Equality and School Uniforms" issued by the Equal Opportunities Commission, but it does not mention the provisions on gender considerations .

Refer to the booklet "Racial Equity and School Uniforms" produced by the EOC in 2014, which states that schools should formulate school uniform rules with an open attitude and avoid gender stereotyping; and school uniform standards should be applied equally to boys and girls.

The pamphlet also mentions that schools should be careful when imposing restrictions, because if there is no justification for imposing restrictions, it may constitute discrimination, and that the school management should be willing to consider reasonable accommodation requirements according to the social and cultural environment, and the rules should be flexible, Carefully consider the merits of individual cases with an open mind.

Trans Youth Moment, a transgender youth support organization, has contacted about 20 requests for help regarding grooming regulations in the past two years.

"Some of my department ignored the school rules and smashed the green, but in order to avoid the school, I had a row of wigs to go back." Liam once went through the "banning", and even challenged the "school uniform", Describe yourself as one of the luckiest and most successful.

When Liam was in Form 5, Liam found a doctor at the hospital's youth clinic to write a letter of certification, and applied to the school to change to men's uniforms. ...I also understand that if I wear boys' uniforms, I will feel much more comfortable." He pointed out that he had also suffered from gender dysphoria for a long time. Fortunately, the school allowed him to make a transition period when the whole school changed to winter uniforms. In his middle school career, he also wore men's school uniforms. "In fact, there are not too many other guidelines. The toilets and locker rooms are still the same, but I already feel much better."

Aside from international schools and Shau Kee Creative College with "no school rules", the school rules of mainstream schools will only write "not standard and innovative" to restrict students' dress and appearance.

Liam believes that challenging the school uniform rules does not mean challenging the "school rules". "How will the grooming rules be fixed, where do they come from, and what is the right time for them? I think everyone is lacking in thinking about this matter." He bluntly said that there is a lack of space in the current society. Let the teenagers think about the identity issue, "If you have a child, you will have a gender reveal party. If you have a baby, you will use blue (decoration), and if you have a daughter, you will use pink?"

Liam He also questioned that there was a "prohibition" in the Qing Dynasty, but as dynasties and times changed, should modern boys shave their heads?

He believes that allowing students to express themselves freely, control the length of their hair, and that the school is inclusive, comfortable, and gender-friendly is the ideal learning environment. "The appeal of 'Long Hair' is successful, and it is pointed out that schools are more backward than prisons? Hairstyles with less autonomy than prisoners?"

I don't know if anyone has done it before, but I believe that in this society, students who have the same distress as me need an answer.

Lin Zejun, a Form 5 student, complained to the EOC earlier, questioning that the school rules prohibiting boys from having long hair violates the Sex Discrimination Ordinance. 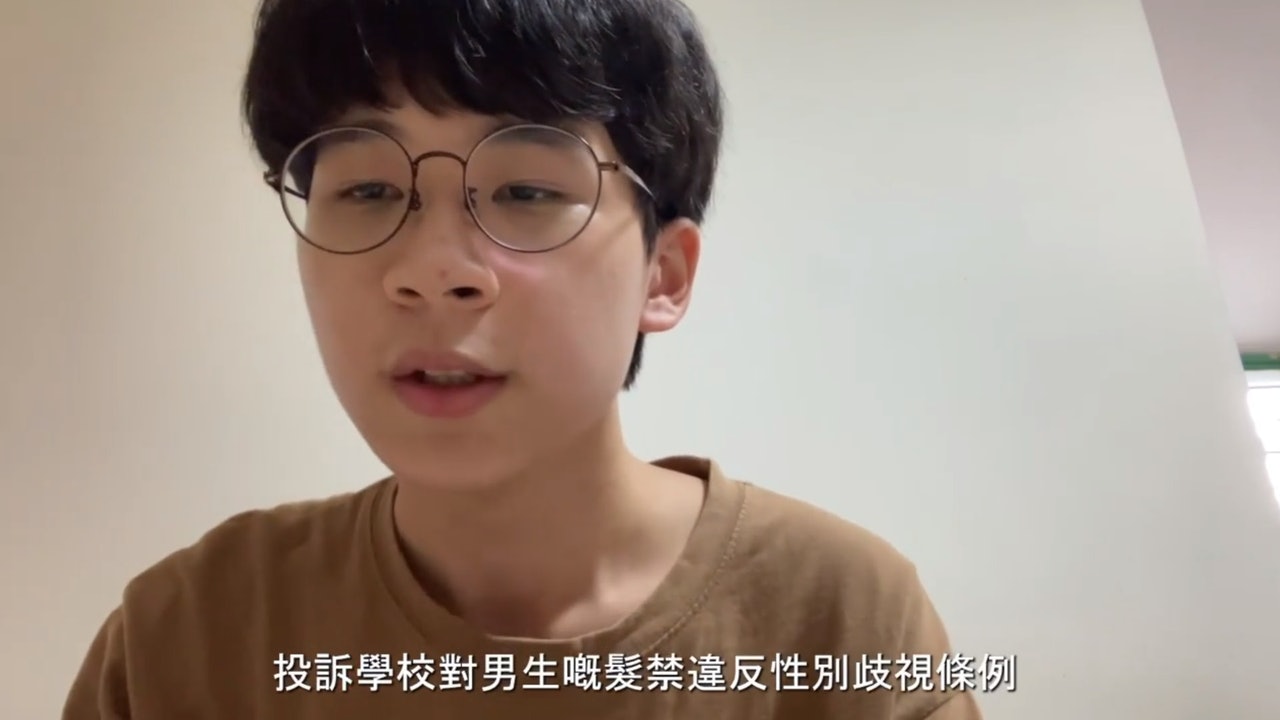 Form 5 students complained about the school's ban, scholars called on the school to give flexibility, saying the incident brought discussion to the society 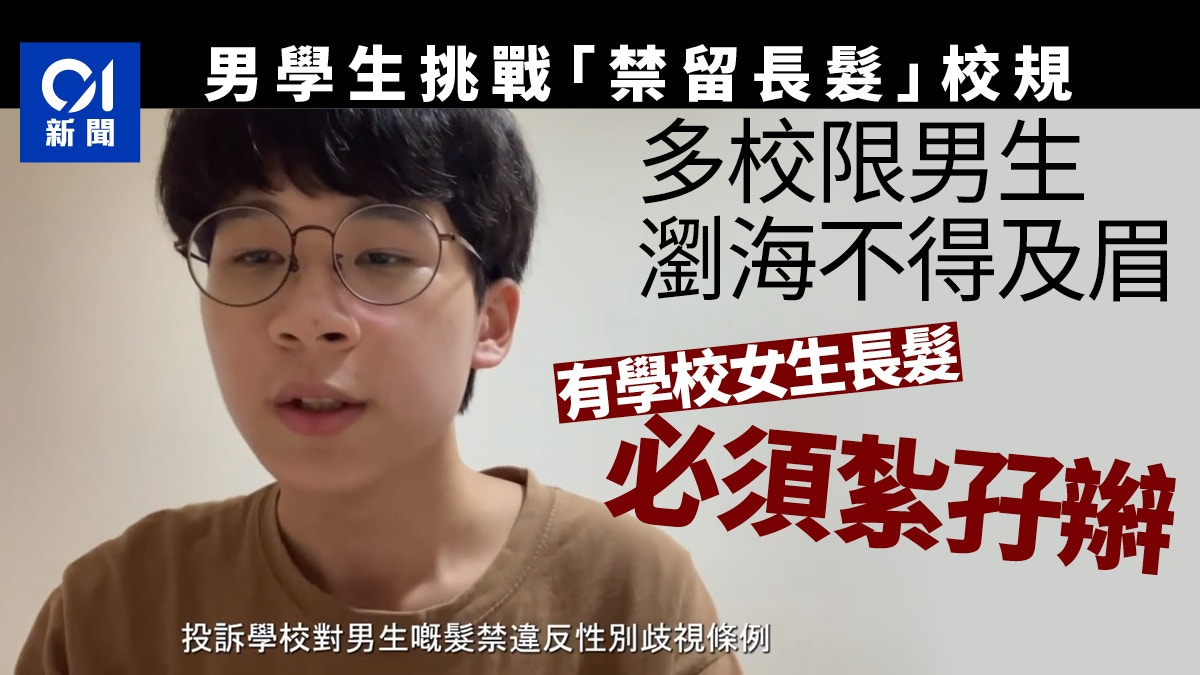 Male students challenge the ban on long hair, school rules and many schools limit the bangs to the eyebrows 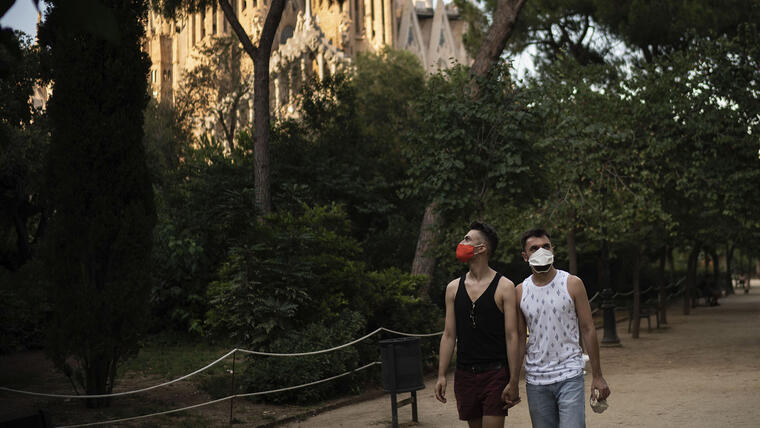 Banned Books and the 'Don't Say Gay' Law: LGBTQ Kids Feel They Want to 'Wipe Them Out' of Classrooms

“My son is not a political instrument”: the impact of Republican legislation on transgender children and their families 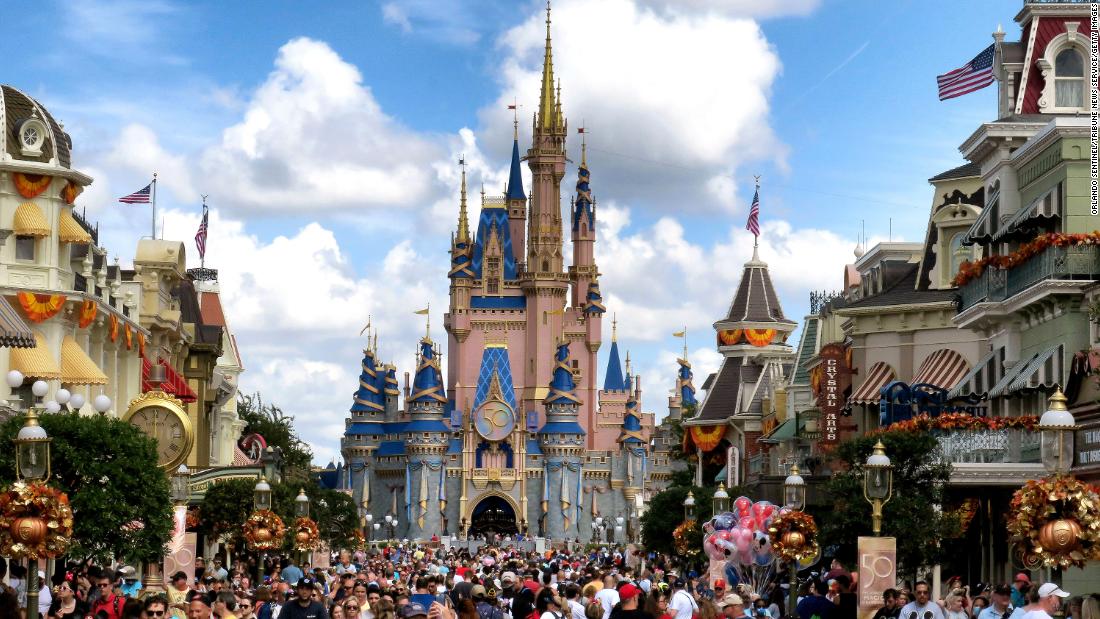 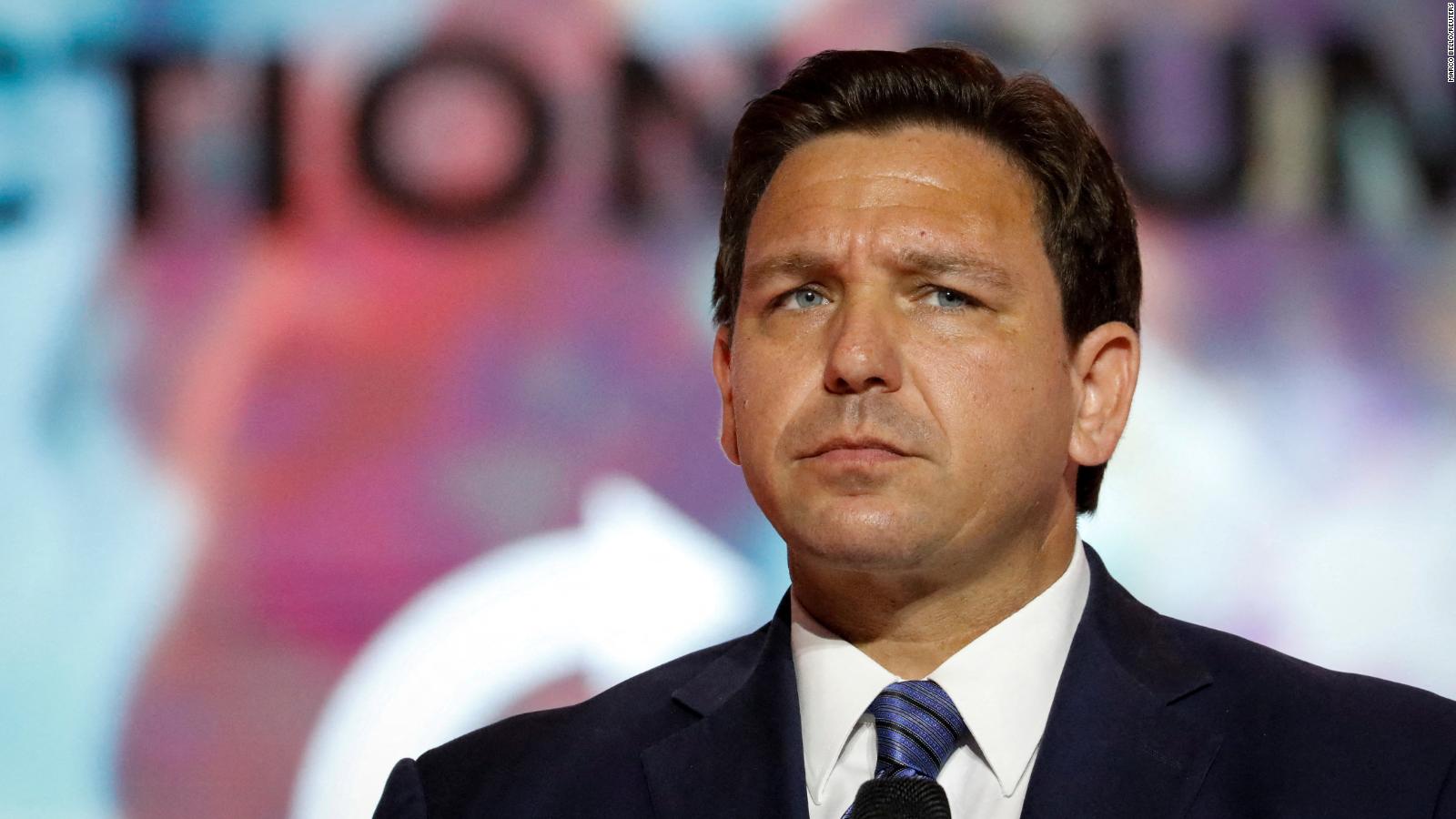 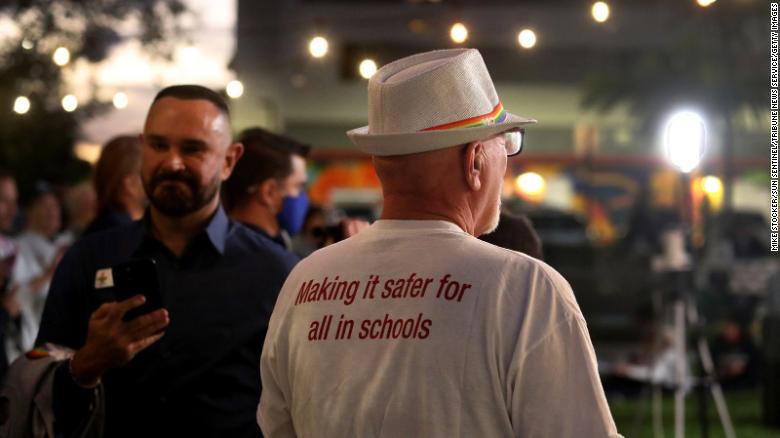