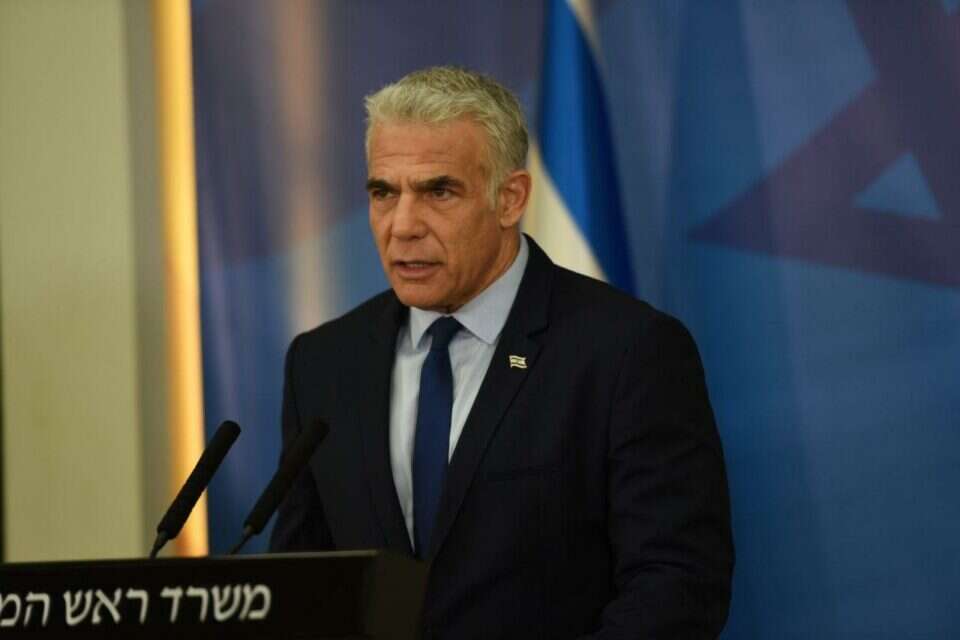 Prime Minister Lapid said today (Sunday) to the heads of the authorities in Otef that the goals have been achieved and that there is no longer any point in continuing the operation.

Also, the sequel could do more harm than good.

Lapid, Gantz, Kochavi and Toledano in assessing the situation at the fire center in the Southern Command // Photo: Elad Malka

As I recall, Lapid visited the Southern Command today following the reports of a ceasefire.

Afterwards, the Prime Minister and the Minister of Defense visited the control centers of the command, and followed closely the attack operations carried out by this sector. The two spoke with soldiers serving there and with the commander of the control center. Later, the Prime Minister visited the city of Sderot, where he met in the city hall with heads of authorities in the south, along with Economy Minister Orna Barbai.

Lapid updated the heads of the authorities at the forum of the CEOs of the government ministries that convened yesterday, with the aim of including civil torture in an optimal way in Operation "Dawn". The government initiates and addresses them directly.

The voices of the residents

The wide variety of residents in the Gaza Strip, their different opinions and their approach to the situation - each person experiences it differently, with optimism and difficulty, with fear or with sadness, all are equal, and all are under the same danger of being fired from the Gaza Strip.

We met with the residents of Otaf in their safe place to understand that even there the apprehension and fear do not really leave them.

Rachel Bozaglo, a resident of Netivot, does not leave the house because of her elderly parents: "There was tension in the air - as soon as the alarms go off, you get into constant stress and wait for the next alarm," she says in a conversation with Israel Hayom.

"I'm here for my parents, we built them a special MMD.

Recently, more and more families are building MMDs from the money they don't have from their private accounts, and there are families without MMDs.

Until the construction of the MMD, I would take the parents for as long as necessary."

The token fell to the Bozaglu family already in Operation Tzuk Eitan - who have no choice but to live from round to round.

"Towards the guard of the walls we built the MMD.

Today we are more relaxed, still under pressure, but the elderly parents can sleep in the MMD and don't have to run anymore. My brother called from the north and asked us to come, but the parents are 80 plus, it's not for them. We have nowhere to go, and we don't want to leave either."

At the end of Operation Guard of the Walls, many residents of the Otaf thought that the peace would be maintained for a long time, but it was not stolen.

"We will return to the same point all the time," she says, "it doesn't depend on the army or the home front. What will you do, burn Gaza? Kill a senior officer - there will be a new one. Nothing is convincing, reality meets us every time and it always comes as a surprise The children have grown into it, every time they miss a beat, but on the other hand, they show maturity and listen to instructions."

In a short drive through the paths and by-pass roads we arrive at a completely different reality.

From the traditional city in the west of the Negev to a pastoral kibbutz that is more reminiscent of the settlements in the north of the country and not the Negev, a place that looks like paradise.

But the atmosphere in the empty kibbutz of Kfar Gaza presents a deceptive picture.

"When there are no children here - there is no life here," shares Shontel Kenner, member of the kibbutz, with pain.

"I raised the children in the atmosphere of the Intifada. They have fears, in every operation they immediately evacuated. Our house was damaged in the past, but the saddest thing is that the children and grandchildren cannot come."

Kener tells about the situation from the emergency room at her home. "There are no meals and no family atmosphere, especially on the weekend.

I live next to a pool, I constantly hear their noise, and I don't care how loud they are - it indicates life.

Suddenly there is nothing, there is no soul here, only the few that are left.

And there really is no reason for them to stay during wartime.

"We went through many rounds"

Tohar Gabbai of Sderot is still recovering from the trauma she experienced last week, with the death of her friends in the fatal accident in Sinai.

Her father Albert shares the situation he is in with his family: "We went through many cycles, I am from Sderot. From cycle to cycle the situation became more difficult - I don't remember a cycle when the whole family slept in the MMD, I am with my wife and four children, head, feet on one The second.

The night between Friday and Saturday was very difficult, at least six or seven times we heard the explosions.

If we slept in the rooms - we would not be enough.

They used to talk to us about 15 seconds, today in 6-7 seconds you hear the explosion, or the Iron Dome, you are confused by the whole situation.

"It's a waste of time. You hear the whistle, and then the explosion comes after seven seconds, it's not what it used to be. You see their strengths, that they are getting stronger every time. We're only talking about jihad, and I don't want to think about the number of missiles in the case In which Hamas is also involved, the pressure and anxieties."

The Gabbay family is facing a difficult week, "a week in which my daughter is trying to recover from the great disaster in Sinai in which she lost her friends. She herself was injured and her soul is hurt. Today she had to go to the cemetery of her friend Matan, but she could not leave the house Because of the situation. They are wrapped with everything that can protect them, but this is different. The city is like a ghost town, lonely people go shopping, war for everything.

"Every operation that came - naturally we would have a long period of calm and quiet after, but unfortunately the time frame was shortened," explains Albert.

"I expected more than one year, but they just get stronger and stronger. It will get worse and worse with our development, iron dome and the laser. I tell you the truth - where in the world does such a thing exist that you live like a duck in the range. 95 percent success in interceptions, but there is still 5 percent that you can find your death. When you say 'anxiety victims' you don't focus on it enough - more than 75 percent of the city's residents suffer from trauma and anxiety. There is an excellent resiliency center that works, but there is a serious problem here - a whole generation has grown into it, and it is a difficult problem. Since Evacuating Gush Katif, we are the focus." 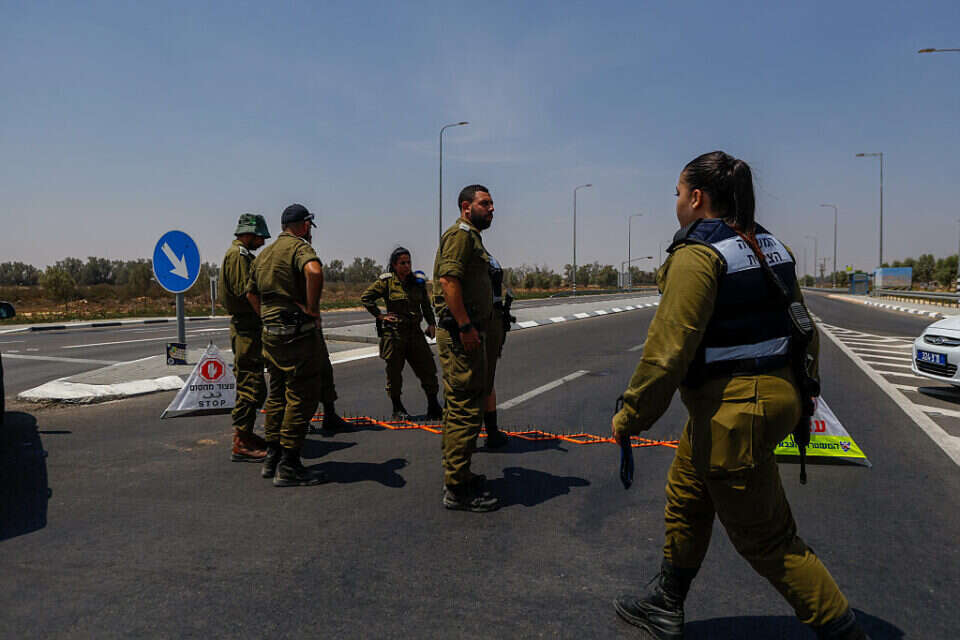 Moving from defense to action: the IDF attacks in the Gaza Strip in broad daylight, a special situation has been defined in the rear | Israel Hayom

The residents of the Otaf are preparing for a tense weekend: "It's a disgrace to paralyze the area, we are broadcasting weakness" - Voila! News

Gantz: "We are not reluctant to fight in Gaza - but we will not hesitate to go to it if necessary" - Voila! news 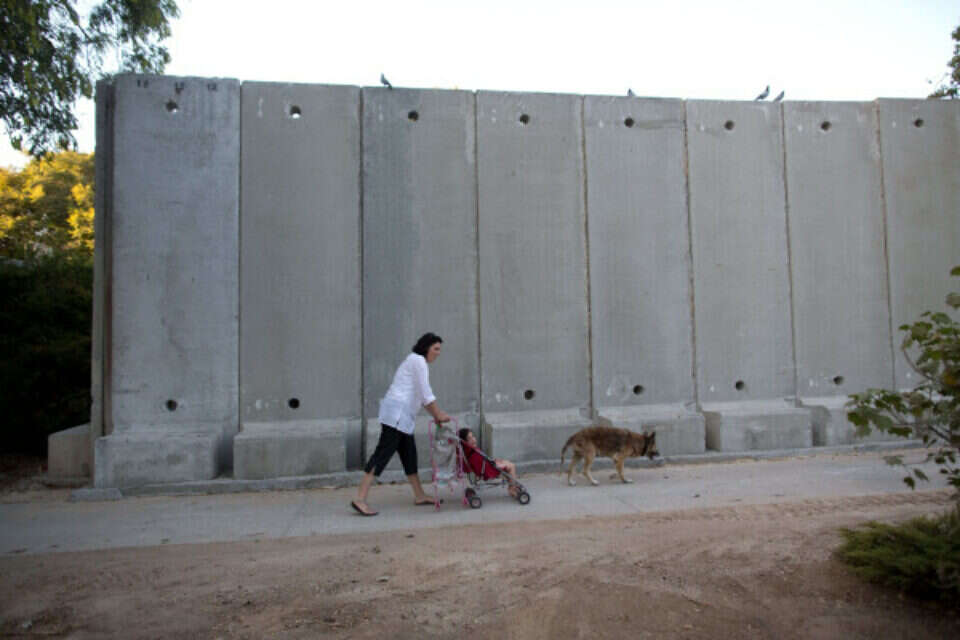 "The public is fixed": in the Gaza Strip there is no change in the map of the blocs Israel today

Dozens of rockets in the skies of Gush Dan and the south; Lapid: We will show zero tolerance towards the shooting - voila! news

Gantz met with heads of authorities in the south: "We will not hesitate to go into battle if we have to, the time of the terrorists who are preparing to harm us is limited" | Israel today 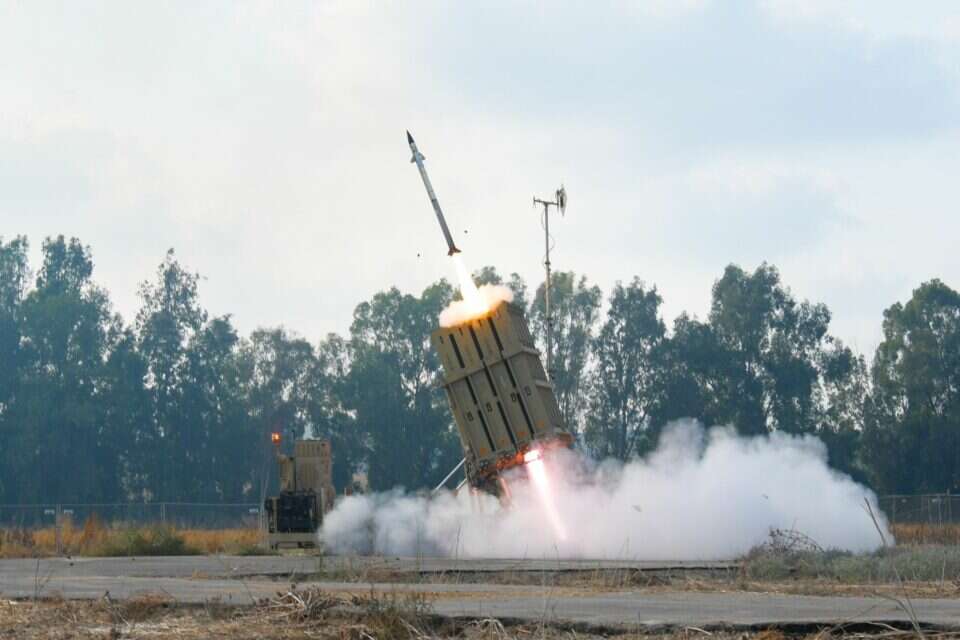 The ceasefire has started: this is what Operation "Dawn" looks like Israel today