Follow the minute by minute of the inauguration of Gustavo Petro, who officially arrives this Sunday at the Casa de Nariño, the seat of the Presidency, to hold office until 2026.

Duke does not authorize Bolívar's sword to be in the ceremony

President Iván Duque, whose term is just hours away, did not authorize the use of Simón Bolívar's sword at Gustavo Petro's inauguration, Petro's presidential command broadcast team said in a statement.

Petro had requested that Bolívar's sword be part of the symbolic acts of the inauguration ceremony this Sunday.

It was considered "a symbolic act within the transition from presidential command to a government that represents change and the fight against poverty and inequality," said the organizing team of the event.

According to the local media Semana, the outgoing government did not allow the transfer due to lack of security and policies to protect it.

The organizing team assured that they managed "all the required permits" before the Ministry of Culture, the National Museum and the Quinta de Bolívar and met "all the necessary requirements to comply with the regulations that would give free rein to the use of the sword in the protocol act.

The sword was stolen by the M-19 guerrillas and handed over after signing the peace agreement.

With information from Fernando Ramos from Bogotá

The streets of Colombia prepare for the assumption of Petro

Colombians begin to arrive at Plaza Bolívar, in downtown Bogotá, to attend the inauguration of Gustavo Petro and Francia Márquez.

On his Twitter account, the president-elect of Colombia summoned thousands of people to this emblematic square where presidents and heads of state from various parts of the world will also be present.

Gustavo Petro's inauguration: what time is it and how to watch it live

The inauguration of Gustavo Petro as president of Colombia, which will take place on August 7 in Bogotá, can be followed on television and the internet through the state media system.

This Sunday, the term of Iván Duque will come to an end and Petro will officially enter the Casa de Nariño, the seat of the Presidency, to hold office until 2026.

The official call to participate in the events organized for the transfer of command is at 10:00 am local time (11:00 am Miami time), although Petro's possession will begin at 03:00 pm local time. (4:00 p.m. Miami time).

Who is Gustavo Petro, the elected president of Colombia

The left-wing candidate Gustavo Petro won the elections in Colombia by obtaining more than 11 million votes in the second presidential round held on June 19, according to the results of the Registrar's Office.

He will take office this Sunday.

Born in 1960 in Ciénaga de Oro, Córdoba, in northern Colombia, Petro ran for the presidency for the third time as the official candidate of the left.

He has the challenge of leaving behind his opponents' image of being a leader with recalcitrant ideas and attitudes, and of trying to unite the progressive sectors to govern the country.

During his campaign, Gustavo Petro carried the burden of having been a member of a guerrilla group that led to one of the worst tragedies in the country's history, the seizure of the Palace of Justice (despite not having participated directly), but at the same time of being one of the most important political leaders in the recent history of Colombia.

Petro defines himself as a "progressive" leftist leader in a highly traditional and right-wing country.

He proposes making the economy "revolve around life", betting on natural wealth and environmental protection, as well as "deepen democracy", and make an economic structure "based on production and not on extraction" , as he said in an interview with CNN in July 2021.

Petro bets on a feminist government in Colombia

Newly elected Colombian President Gustavo Petro (C) celebrates with his wife Verónica Alcocer (CR) and his running mate Francia Márquez (R) at the Movistar Arena in Bogotá, on June 19, 2022 after winning the second round of the presidential elections on June 19, 2022. (Credit: JUAN BARRETO/AFP via Getty Images)

Little by little, the elected president of Colombia, Gustavo Petro, has been uncovering his cards to form the Government that will begin on August 7.

Petro, who will be accompanied by Francia Márquez as his vice president, the first black woman to hold this position, has promised gender parity in his government.

The bet is not minor, when his government plan begins with the promise that "change is with women" and that they "will occupy at least 50% of all public positions at all levels and branches of the power, which allow empowering decision-making in favor of change".

In addition, in a country that by law requires at least 30% of women's participation in politics, the commitment to gender parity is quite ambitious.

Many sectors have applauded the appointments that have been made so far in some Ministries that will be led by women whose experience is consistent with the appointment.

Petro has so far made a number of key appointments to his ministries, which will be headed by women.

SEE WHO THEY ARE

This is how the appointments of the future cabinet go

The elected president of Colombia, Gustavo Petro, has outlined little by little what his government will be, with the appointment of some ministers.

Bit by bit, Petro —who won the elections on June 19— is announcing the officials who will lead the ministries in the government that begins on August 7.

Lawyer Iván Velásquez, born in Medellín, has a long history in the Colombian judicial system and as commissioner of the International Commission Against Impunity in Guatemala.

In Colombia, during the 1990s, he led investigations against Pablo Escobar.

In 2017, as assistant magistrate of the Criminal Chamber of the Supreme Court of Colombia, Velásquez investigated the links of congressmen with paramilitarism and obtained the conviction of more than 50.

In 2013 he took office in the UN commission for the fight against corruption in Guatemala, but four years later then President Jimmy Morales decided to expel him.

Velásquez has the challenge of removing the National Police from the Ministry of Defense, as proposed by the president-elect, so that it becomes a civilian body and forms part of the Ministry of Justice or the Interior.

Ministry of the Interior - Alfonso Prada

Just one day before his inauguration as president of Colombia, Petro announced the appointment of several ministers.

One of them was Alfonso Prada, former representative to the Chamber and former councilor, for the Ministry of the Interior.

The elected president of Colombia, Gustavo Petro, announced on Thursday August 4 that he is preparing with his team the launch of the official image of his Government.

"Preparing the official image in the Serranía de la Macarena. The immensity of biodiversity and its climates. The magic of Colombia, world power of life," tweeted the one who will be the president of Colombians from this August 7.

Then he published a video on his social networks with images of the trip to the place, in the center of Colombia, in the company of members of the National Police, for the filming of the campaign, in which he wore the presidential sash.

In the images you can see Caño Cristales, better known as the river of 7 colors, it is a natural attraction located in the Sierra de La Macarena National Natural Park, in the Colombian department of Meta, in the Orinoquía.

And this is the card that President-elect Gustavo Petro will play to boost tourism and leave behind the extractivist economy in the area.

Which presidents and heads of state will attend Petro's inauguration?

The next president of Colombia, Gustavo Petro, will take office this Sunday, and dozens of high-ranking leaders and delegations from various countries have so far confirmed their arrival in the country to accompany the president at the beginning of his term.

This August 7, according to the political tradition of the country, Petro will enter the House of Nariño and will begin to exercise the position of president until 2026. That same day, President Iván Duque ends his term.

According to information from the organizing committee for Gustavo Petro's inauguration, these are the presidents, leaders and delegations that have confirmed their attendance for next August 7 in Bogotá. 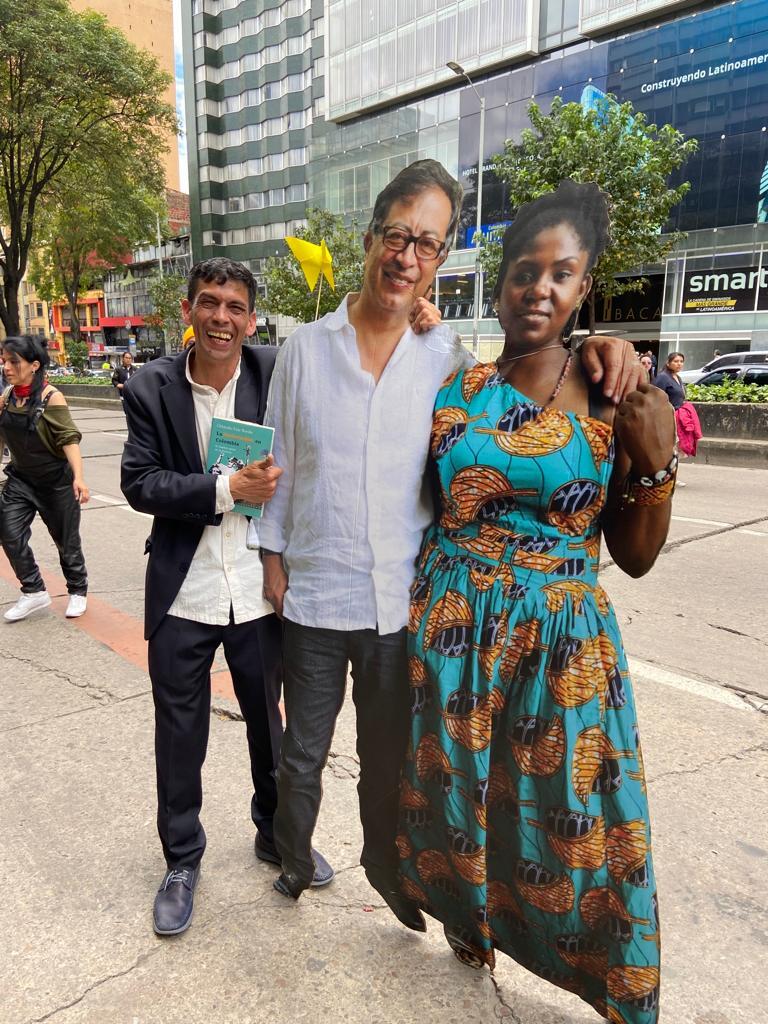 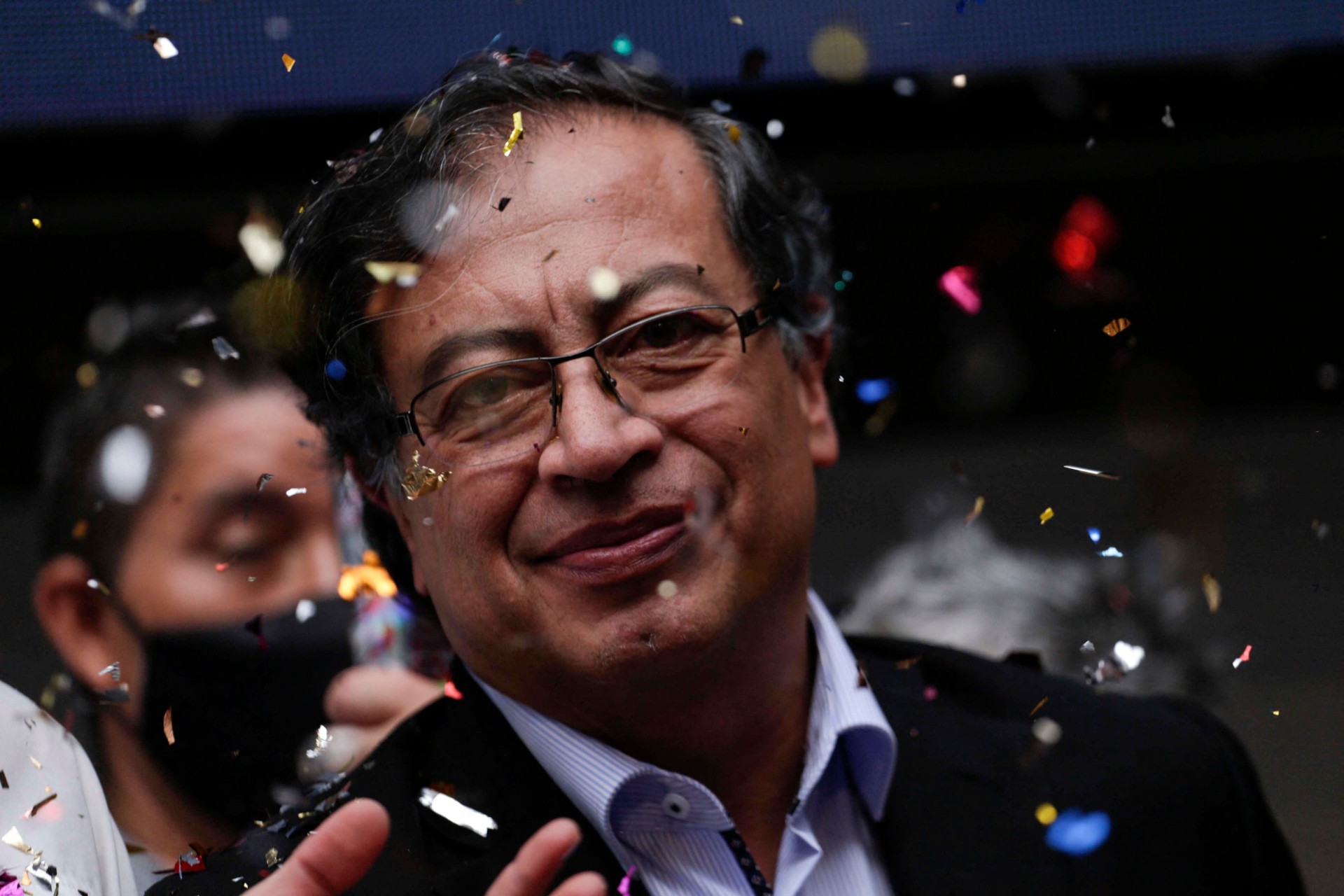 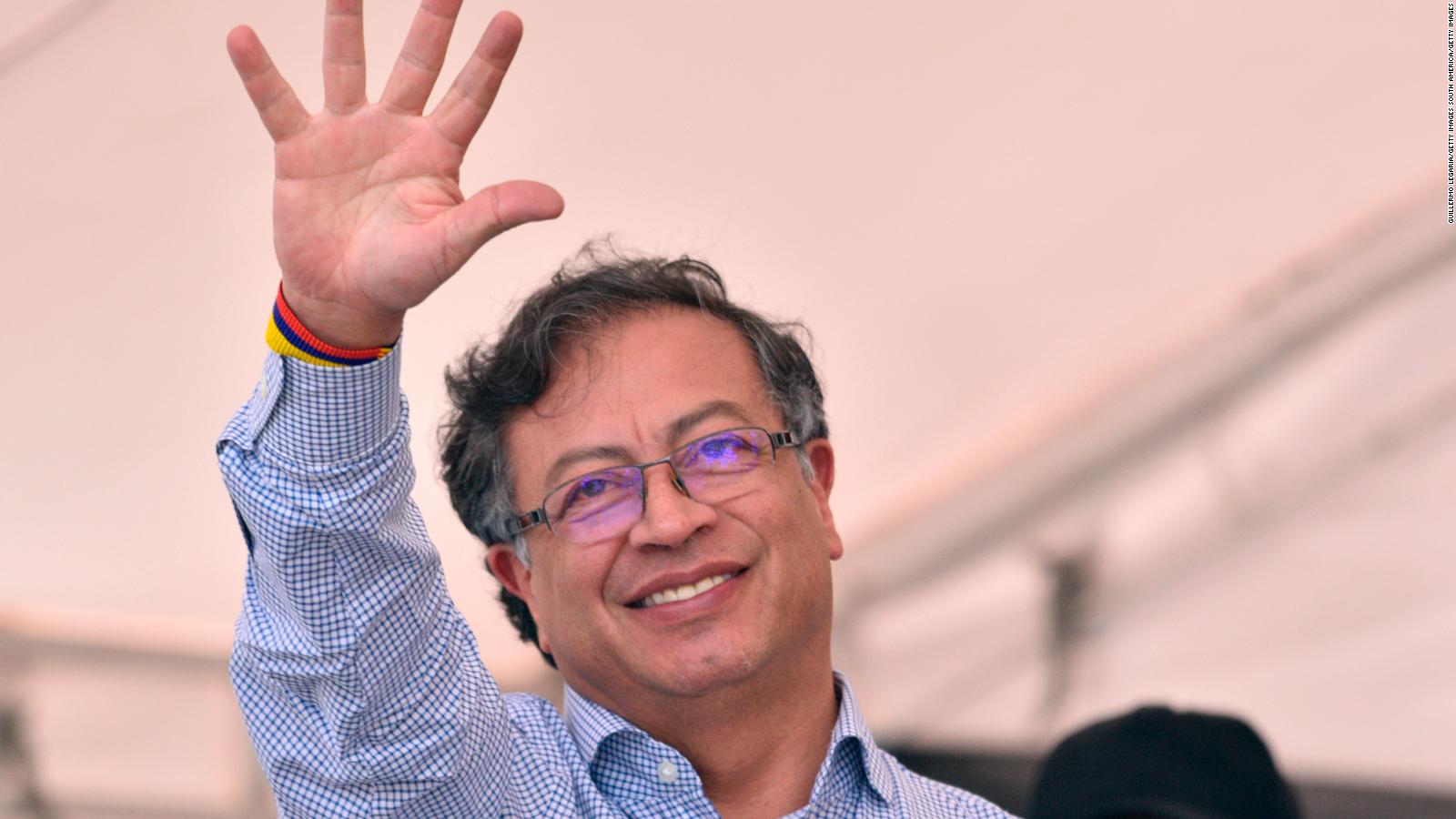 The presidents, heads of state and delegations that will attend the inauguration of Gustavo Petro

Which presidents and heads of state will attend Gustavo Petro's inauguration? 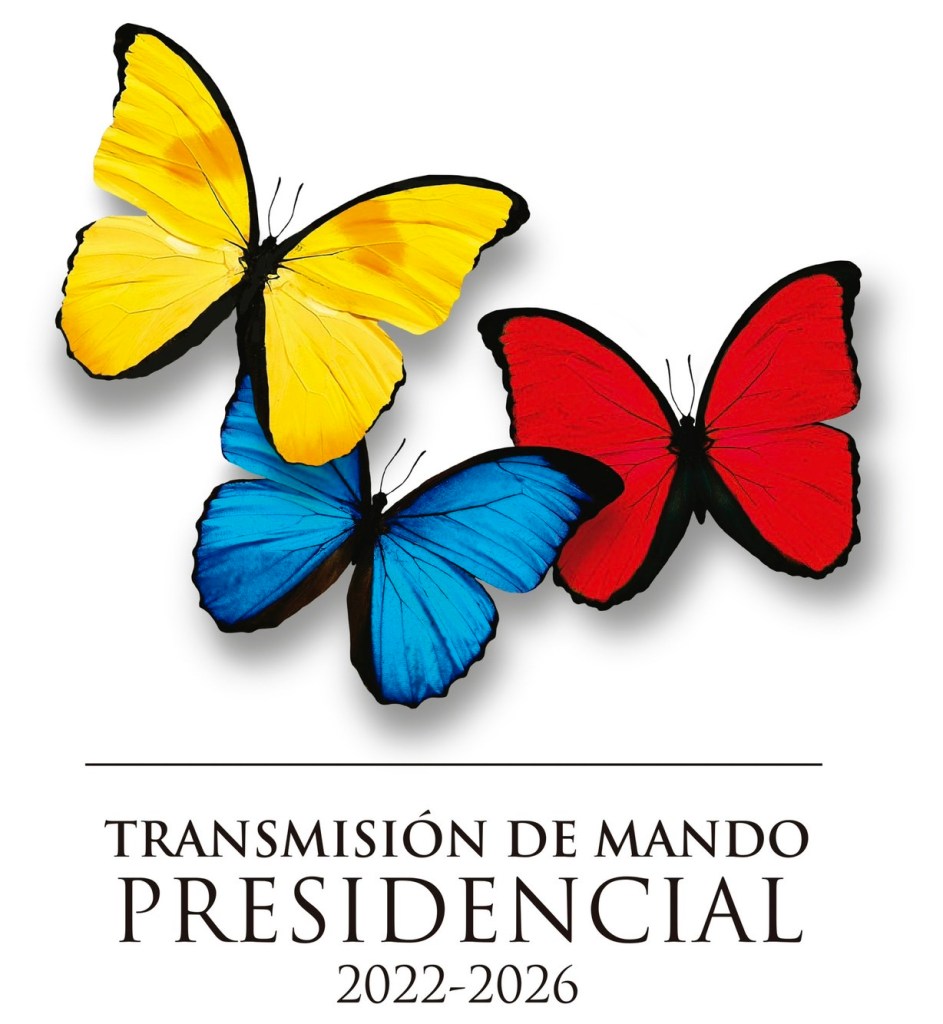 The presidents, heads of state and delegations that will attend the inauguration of Gustavo Petro 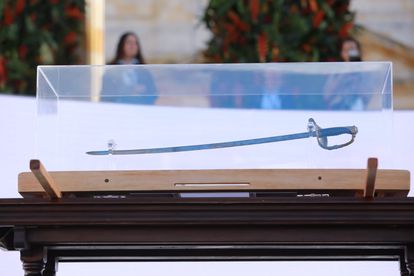 From the sword of Bolívar to the Afro force of Francia Márquez: the scenes that marked the possession of Gustavo Petro