The Chairman of the Opposition received a security briefing from the Prime Minister and the Military Secretary • At the end of the 45-minute meeting, Netanyahu said: "I listened carefully, I gave some advice from my experience and I think they will benefit the State of Israel" 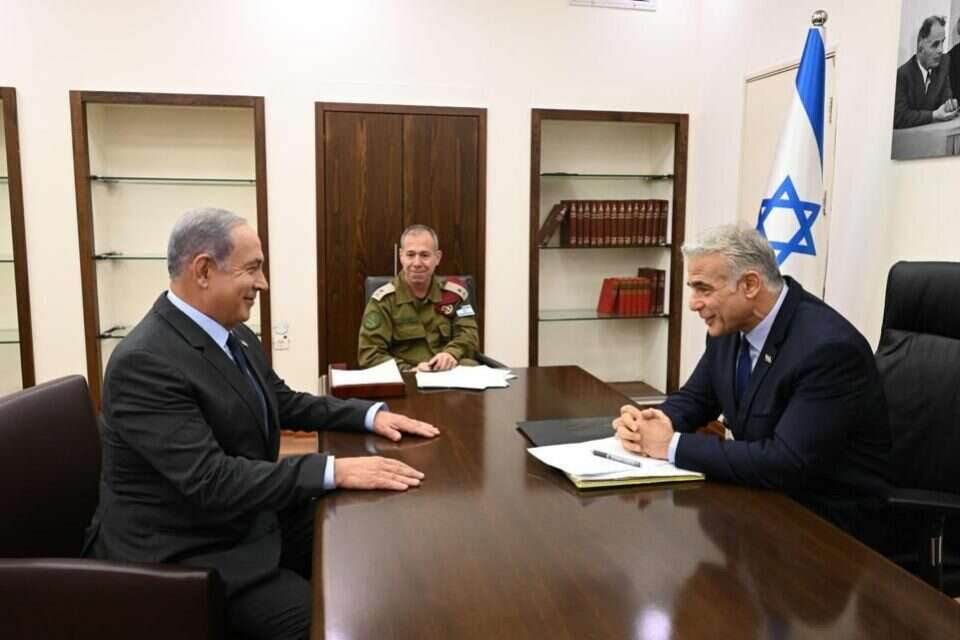 Prime Minister Yair Lapid met a short time ago for an update meeting on security issues with opposition leader Binyamin Netanyahu in the Prime Minister's office. The meeting, which lasted 45 minutes, was also attended by the military secretary to the Prime Minister, General Avi Gil.

After the security update, Netanyahu said that "I listened to the words with great attention, I gave some advice from my experience and I think they will benefit the State of Israel."

Netanyahu also added "I received a detailed update, we are in the midst of fighting, I of course give full backing to the government, the IDF and the security forces and strengthen the residents of the south in their firm stance." 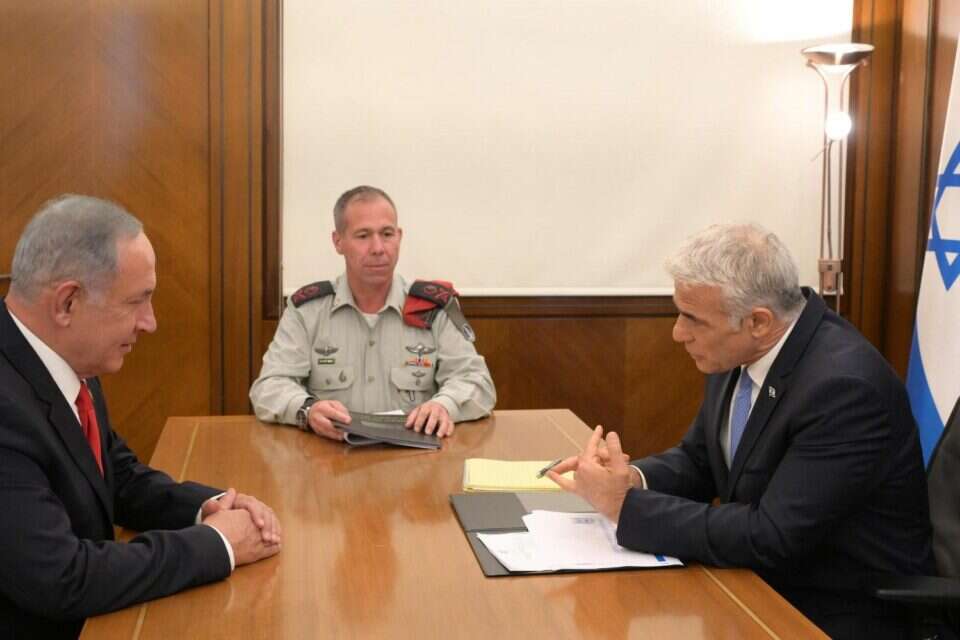 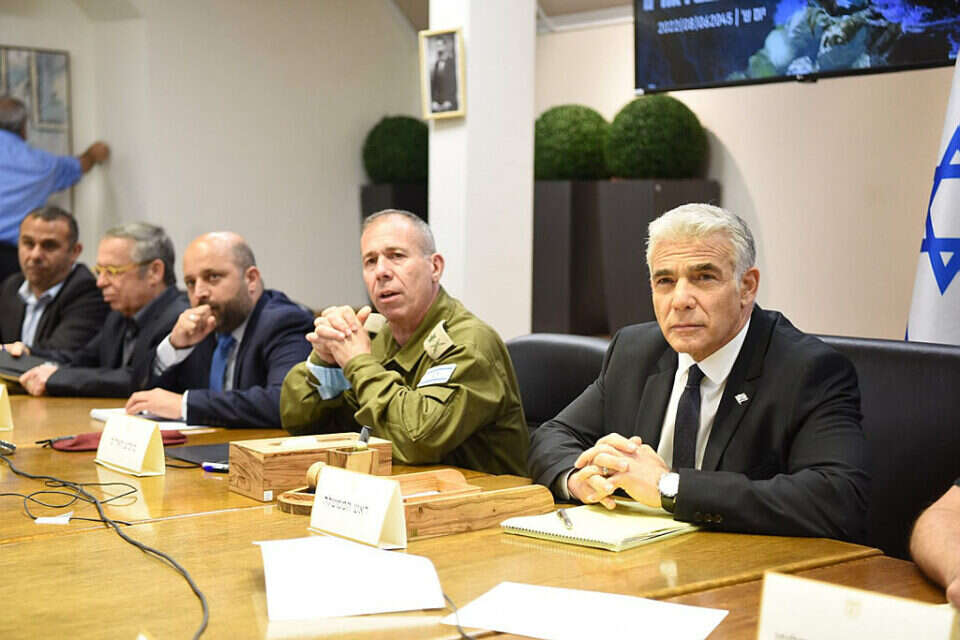 In accordance with the law and to embarrass Netanyahu: The Prime Minister invited the opposition chairman to an update meeting - Walla! news

The operation in Gaza connects Lapid and Gantz, for better or for worse - voila! 2022 election

Sa'ar: "Lapid managed the operation well, it was not used politically" - voila! 2022 election

On the right, a yeshiva under Netanyahu is not ruled out: "Everything must be done to get Israel out of the loop" - Walla! news