In the Ukraine war, the Russian army is struggling with problems.

The West is concerned about an occupied nuclear power plant: the news ticker.

According to British secret services, actions by the Russian armed forces are highly likely to endanger the security of the Ukrainian nuclear power plant Zaporizhia.

Moscow's intentions regarding the largest nuclear power plant in Europe are "still unclear" five months after the start of the Ukraine war, the British Ministry of Defense said in an update on Friday (5 August).

Russia is said to be using artillery units in the areas adjacent to the power plant to attack Ukrainian regions west of the Dnipro River.

They may have used the high-security status of the power plant site to protect themselves and their equipment from Ukrainian counterattacks at night, sources said.

An aerial view of the Zaporizhia nuclear power plant in March 2022 after it was captured by Russian troops.

With six blocks and an output of 6000 megawatts, the plant in the city of Enerhodar in the Zaporizhia Oblast is the largest nuclear power plant in Europe.

After that, the nuclear power plant continued to be operated by Ukrainian personnel, but was monitored by Russian nuclear specialists.

The head of the International Atomic Energy Agency (IAEA) has described the situation at the nuclear power plant as extremely unstable and fragile.

"All the principles of nuclear safety have been violated in one way or another," Rafael Grossi said in New York this week.

An IAEA inspection to check technical safety is urgently needed.

News about the Ukraine war: Ukrainian troops have to withdraw

In the industrial city of Avdijwka, the fighting continued at night.

Apparently, the Ukrainian army had to give up positions south of Avdiivka.

According to the authorities, the city of Kharkiv was shelled by Russian artillery on Thursday evening.

The Ukrainian army pushed Russian troops away from the country's second largest city;

but it is not entirely out of range of enemy artillery.

A Russian tax administration was introduced in the parts of the Kharkiv Oblast occupied by Russia, as reported by the Tass agency.

News about the Ukraine war: Intense fighting in eastern Ukraine

Intense fighting in the cities of Bakhmut and Avdiivkaim

The Ukrainian General Staff in Kyiv announced on Facebook that Russian attacks were repulsed on Thursday north-east and east of the neighboring towns of Soledar and Bakhmut.

Earlier, Brigadier General Oleksiy Hromov admitted that Ukrainian troops there had to withdraw from the village of Semyhirya.

There is also ongoing fighting near the industrial city of Avdiivka, the report said.

According to Hromow, positions south-east of Avdiivka were abandoned.

According to the General Staff report, Russian advances north of Sloviansk, west of Donetsk and in the Kherson and Kharkiv regions have failed.

Artillery fired at dozens of Ukrainian positions along the entire front line.

It is not possible to independently verify the information.

This was reported by the

News about the Ukraine war: Russia is making advances

Russia’s army says it has made advances in the heavily contested Donetsk region in eastern Ukraine.

Due to high losses, several Ukrainian brigades have withdrawn from their positions near Soledar, Avdiivka and Bakhmut, Defense Ministry spokesman Igor Konashenkov said in Moscow on Thursday.

This could not be verified independently.

reports, a Russian shell hits a bus stop in the Donetsk region and kills at least eight people.

The governor of Donetsk region Pavlo Kyrylenko confirms this and reports that around 11:00 am Russian forces shelled the city of Toretsk, killing eight people and wounding four, including three children.

Ukraine News: Fighting near Donetsk between troops loyal to Moscow and the Ukrainian army

Before the city of Donetsk in eastern Ukraine, Ukrainians and Russians are fighting heavy battles.

Troops loyal to Moscow are trying to drive the Ukrainian military out of their positions in the suburbs, according to military reports from both countries.

The city of Donetsk itself has been controlled by pro-Russian separatists since 2014, but the Ukrainian army continues to hold large parts of the area of ​​the same name.

During the night of Thursday, fighting is said to have taken place around the village of Pisky, which is west of the former Donetsk airport.

The Separatists have already reported the capture of positions that have been contested for years.

However, these reports cannot be verified independently.

According to British intelligence, Russian forces have probably set up radar reflectors near the Dnipro River in Kherson.

The British Ministry of Defense said in its latest intelligence report that Russian forces likely placed the reflectors near the recently damaged Antonivsky Bridge and railway bridge.

Ukraine war: Schröder is "the herald of the Reich and a voice at the court of the Russian tsar"

After all, heavy fighting continues in the eastern Ukrainian region of Donetsk.

In the east and south of the neighboring cities of Bakhmut and Soledar, Russian attacks were repelled in eight sections, the Ukrainian general staff announced on Facebook on Wednesday.

Russian troops have also attempted to attack five sectors in the north, east and south of the industrial city of Avdiivka, which is held by Ukrainian units.

Avdiivka is located in the immediate vicinity of Donetsk.

Along the entire front in the areas of Kharkiv, Donetsk, Zaporizhia, Cherson and Mykolaiv, Russian artillery fired on Ukrainian positions in dozens of places.

According to the situation report, another Russian ground attack failed in the southern Ukrainian region of Cherson.

In addition, there is talk of massive Russian air strikes.

.: According to British intelligence services, Ukrainian counterattacks in the Cherson region in south-eastern Ukraine are causing increasing problems for the Russian occupiers.

A Ukrainian attack on a Russian ammunition train temporarily disrupted a supply route from the occupied Crimea peninsula, the British Defense Ministry said in an update released on Wednesday.

Although the Russians could repair this route within a few days, it will remain a weak point.

The Antonivka Bridge, which was damaged by Ukrainian missiles, is also making it difficult for Moscow to supply its occupying army west of the Dnipro River.

The Russians would almost certainly have to use a ferry route recently established for civilians to get their troops and supplies across the river.

According to Western security circles, the Ukrainian counter-offensive in Cherson has recently picked up speed.

In view of the Ukraine war, Russia has emphasized that the nuclear powers should "behave cautiously and responsibly".

“The Russian Federation firmly believes that a nuclear war cannot be won.

And it must never be fought," said Deputy Head of the Russian Foreign Ministry's Arms Control Department, Igor Vishnevetsky, on Tuesday (local time) at the UN Review Conference on the Non-Proliferation Treaty (NPT) in New York, according to the speech.

At the same time, however, Vishnevetsky also said that Russia was exposed to a military campaign in Ukraine "with a slide into a direct armed confrontation between nuclear powers".

At the start of the conference on Monday, Russia was sharply attacked by numerous states because of nuclear threats in the wake of the Ukraine war.

News about the Ukraine war: New US rocket launchers for the Ukrainian army

Russian troops are apparently currently preparing an offensive in the Kharkiv region in northeastern Ukraine.

According to an analysis by the US think tank Institute for the Study of War,

however, this will fail.

The Ukrainian President Volodymyr Zelenskyy threatened Russia with consequences after the rocket fire.

"No Russian attack goes unanswered by our military and secret service agents," Zelenskyy emphasized, referring to the shelling of Mykolaiv.

In his video language, he also commemorated Oleksiy Vadaturskyj, the owner of one of the largest Ukrainian grain trading companies, who was killed in the southern Ukrainian city.

In the meantime, on the eve of the 159th day of the war, air raids were sounded almost all over Ukraine.

News on the Ukraine war: Headquarters of the Russian Black Sea Fleet hit in a drone attack

The headquarters of the Russian Black Sea Fleet was apparently hit by a drone attack.

As the governor of the city of Sevastopol, Mikhail Rasvoschajew, announced on Twitter, five employees of the headquarters were injured in the attack.

The "Day of the Navy" celebrations are taking place this Sunday, primarily in St. Petersburg.

The achievements of the military are to be honored, similar to May 9, the "Day of Victory" over Nazi Germany.

In the early hours of the morning, the Russian army also attacked Mykolaiv in southern Ukraine.

The mayor asked people to go to shelters.

Donetsk – Ukrainian President Volodymyr Zelenskyj has called on the population to leave the city of Donetsk immediately.

He justified this with the massive rocket fire by the Russian army on the entire Donbass.

On Saturday evening (July 30) he said in a video speech that it was no longer safe.

He urged the people of Donbass to make this decision.

"Believe me," he pleaded.

"The more people leave the Donetsk region, the fewer people the Russian army can kill." The government in Kyiv had previously ordered an official evacuation because the citizens had to get to safety in time before winter.

With gas lines destroyed by Russian missiles, heating in the Donbass is likely to become almost impossible.

Zelenskyj emphasized that everything is being organized for people to flee from the areas of the region still controlled by Ukraine. Ukraine War: More Than 7000 War Crimes - The Events of the Night 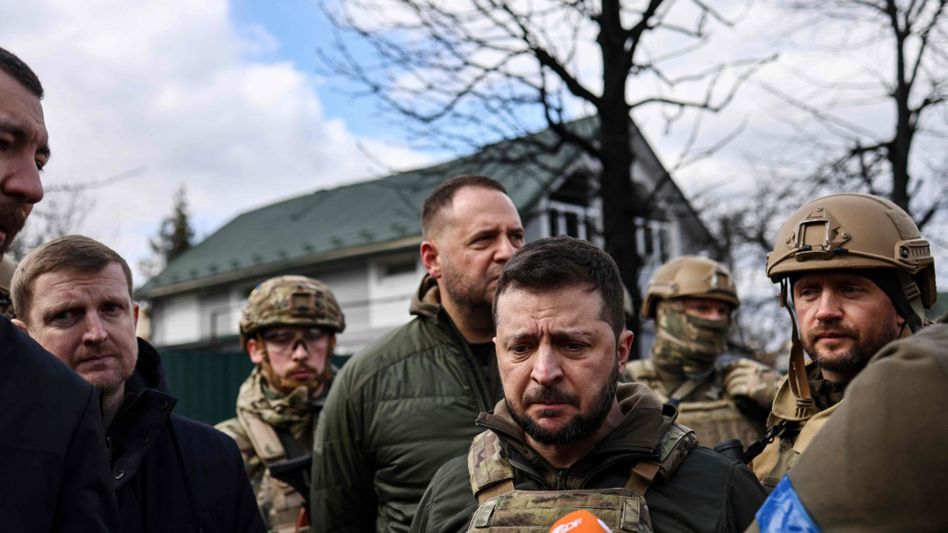 Selenskyj in Bucha: »The world will recognize this as genocide« 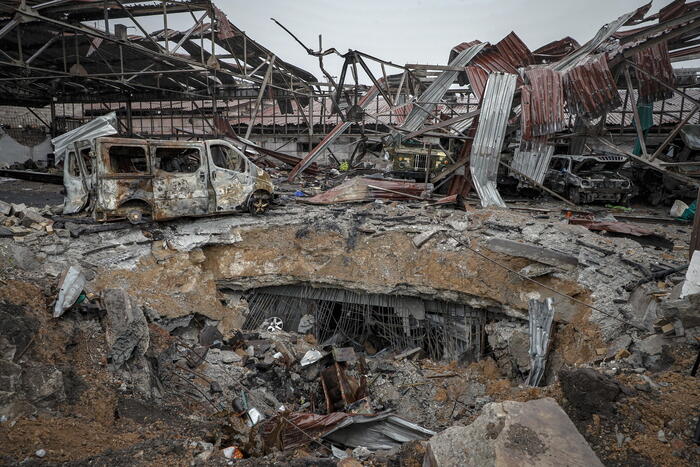 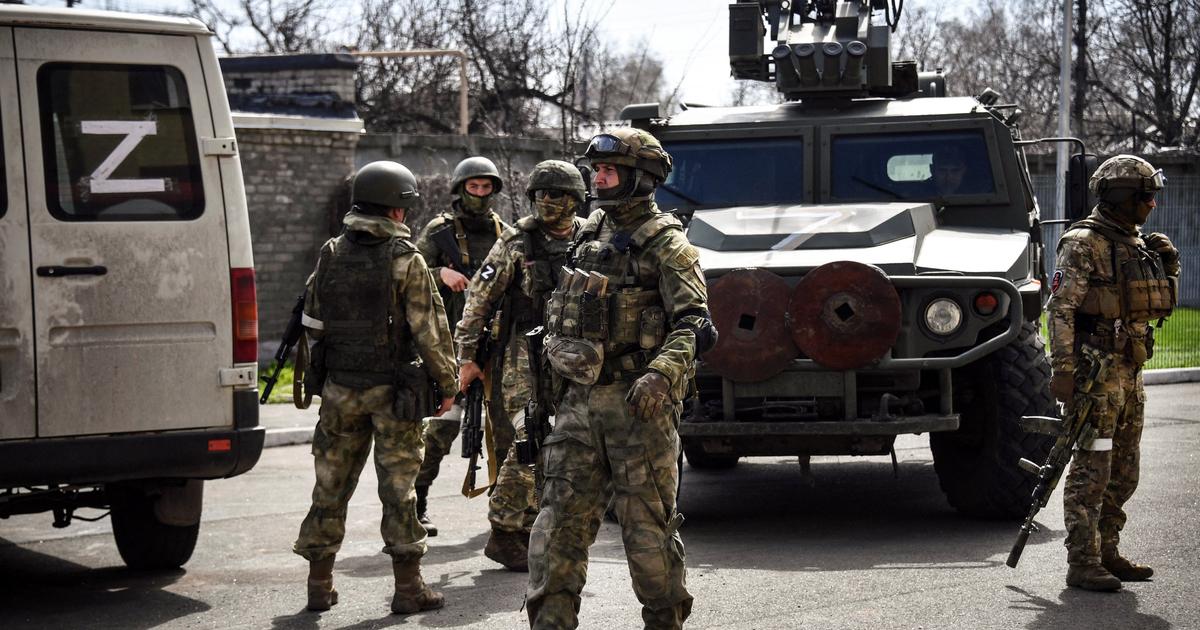 Withdrawal of Russian troops a deception? Warning about returning to Kyiv - This happened at night 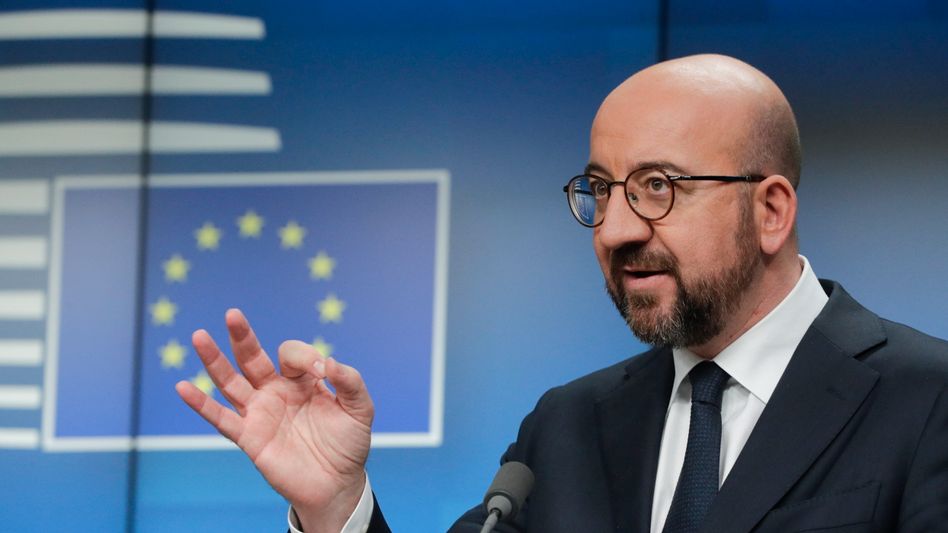 guild. Live｜The epidemic has stabilized and the entry quarantine has been changed to 0+3. Li Jiachao meets the media before the executive meeting
2022-09-27T01:46:49.699Z