Zhou Tianyu, a 7-year-old girl, unfortunately suffered from "striomyosarcoma". She suffered a medical accident during the excision operation at Queen Mary Hospital in May of the previous year and turned into a vegetative state. Her father pursued the HA for many years without results. In front of Tianyu's father 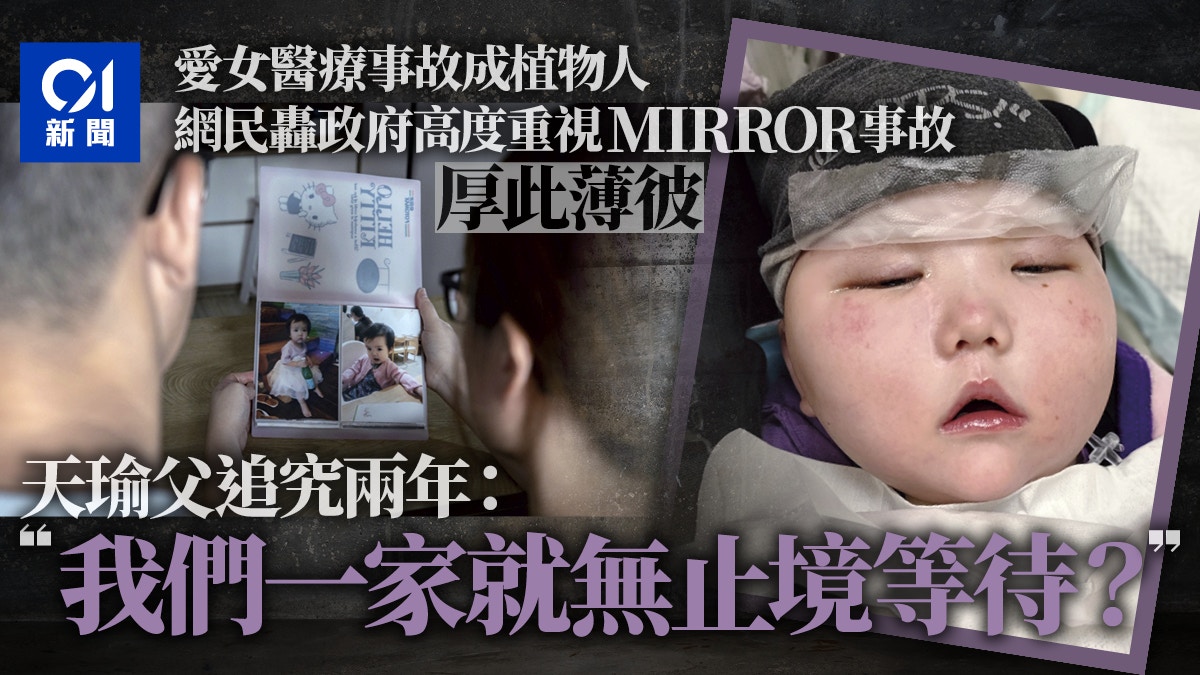 Zhou Tianyu, a 7-year-old girl, unfortunately suffered from "striomyosarcoma". She suffered a medical accident during the excision operation at Queen Mary Hospital in May of the previous year and turned into a vegetative state. Her father pursued the HA for many years without results.

The day before yesterday (4th), Tianyu's father posted a post on the Facebook page "Tianyu Medical Malpractice Concern Group", forwarding a letter sent by a netizen to the Chief Executive's Office, accusing the government of favoring one over the other, attaching great importance to and taking the initiative to follow up on the incident at the men's group MIRROR concert. , but ignored Tianyu's father for many years.

Tianyu's father pointed out that the netizen spoke his mind, but stressed that he did not intend to use others' accidental "pumping water" until he received a notice from the HA lawyer that he would find another expert to evaluate Tianyu again, clarify the responsibility and calculate the compensation, and criticized him. The HA’s actions were hasty and unfair, as both parties had consulted experts for evaluation in December last year, questioning the HA’s intention to delay.

"Hong Kong 01" has inquired about the incident with the Chief Executive's Office and the Hospital Authority, and is waiting for a reply.

Jiang Tao once personally filmed a film to cheer for Tianyu. Netizens sent a letter to the Chief Executive's Office to bombard the government with favoring one over another.

After the Tianyu incident was reported last year, it attracted widespread public attention. MIRROR member Jiang Tao personally filmed a video on social media to cheer Tianyu and his father, and promised to visit her.

Just over a week after the accident at the MIRROR concert, Tianyu's father posted an online post the day before yesterday, retrieving an email from a netizen, showing that the netizen wrote to the Chief Executive's Office and a number of politicians about the Yu incident, mentioning the accident at the MIRROR concert Later, the government made a decision very efficiently, and even promised to set up a task force to investigate. In contrast to the Tianyu incident, his father pursued the HA for three years, criticizing the government for favoring one over the other.

The former (i.e. MIRROR concert accident), the SAR government and others have made special efforts to investigate thoroughly. What about the latter (Tianyu medical malpractice)?

Where is fairness, justice, righteousness?

In the past, the SAR government avoided important things, downplayed things, and ignored things. E-mails sent by netizens to the Chief Executive's Office and politicians

Tianyu's father said that he has no intention of borrowing others' accidental pumping: our family will wait endlessly?

Tianyu's father responded that the netizen spoke to his heart, but stressed that he didn't want to take other people's accidents to "pump the heat", so he kept silent until he received a notice from the lawyer representing the Hospital Authority the day before yesterday.

He pointed out that the lawyer of the Hospital Authority informed him that an expert would be arranged to evaluate Tianyu to determine the responsibility for the incident and calculate the amount of compensation, but the two parties had sought medical experts for evaluation in December last year, and both parties had provided relevant reports. However, after 8 months, there is still no progress, questioning the HA's intention to delay: "It is really unusual and unfair for such an urgent and hasty arrangement."

Does this endless delay mean that the HA intends to continue to use the "incident under legal proceedings" as an excuse not to investigate and explain?

Our family will never be able to get justice for Tianyu, and we will continue to face huge medical expenses in the future, waiting endlessly.

How can an ordinary small family fight against the wealthy and powerful HA?

Tianyu's father asked why the government attached great importance to the MIRROR singing incident and responded quickly. It was also an accident caused by human negligence. Tianyu has been lying on the bed for more than two years, but no one has ever bowed and apologized for the incident, and no one has ordered a comprehensive investigation. , No one is willing to explain, and no one is responsible for the incident.

Tianyu was diagnosed with "rhabdomyosarcoma" in 2018. The condition is serious. The doctor of Queen Mary Hospital pointed out that the family needs to be psychologically prepared. Later, she arranged to be transferred to the Children's Hospital for palliative treatment, and tried two new drugs. The tumor became smaller at the beginning of last year. , can arrange for excision surgery, but until May 21 of the previous year, Tianyu's heart stopped for 52 minutes during the operation at the Queen Mary Hospital, which made her tragically become a vegetative state.

Daughter is in a vegetative state, Tianyu's father gives Christmas gifts: pink snowman doll, Christmas socks Falling down or involving steel cables and metal fatigue MIRROR concerts︱The trade union says the suspension of suspension devices is detrimental to livelihood, and the company under investigation is advised to stop the production of the concert MIRROR concerts︱AWE and the LCSD are in line with the indefinite ban on suspended mechanical devices 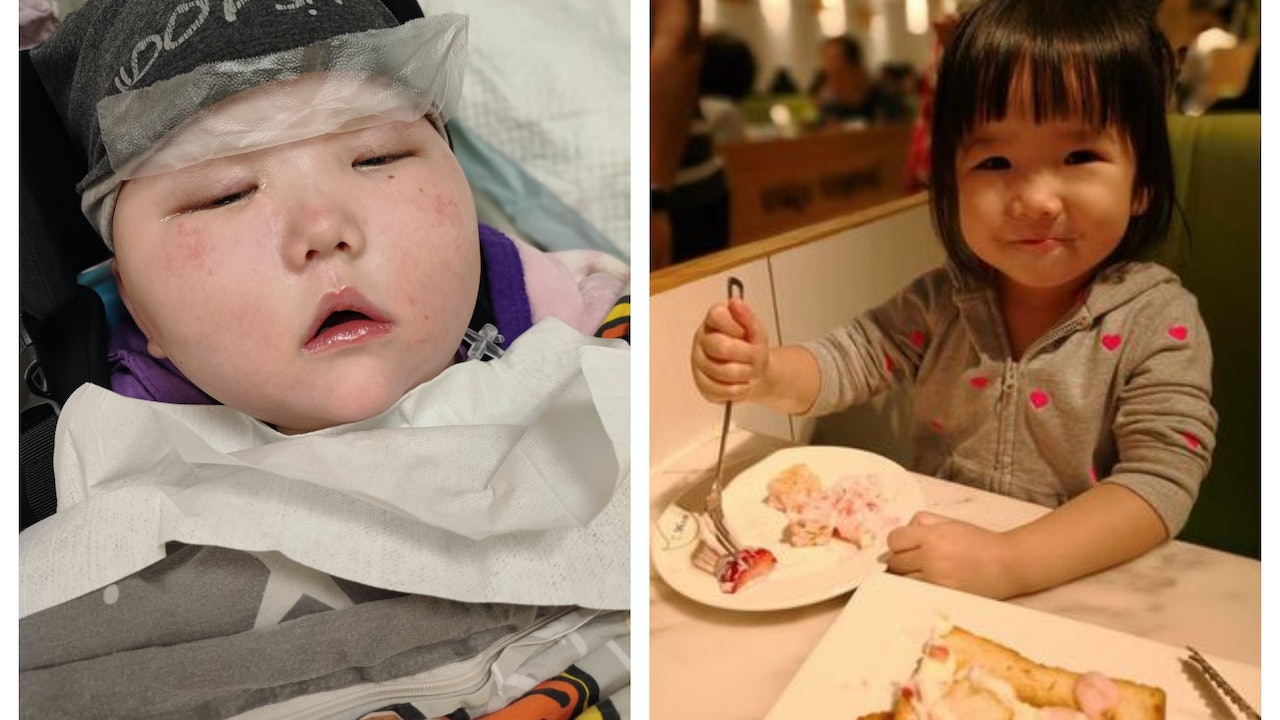 Tianyu's father was in a coma for two years, citing netizens' letter to the government's cold treatment: MIRROR attaches great importance to accidents

Tian Yu was in a coma for more than two years, and his father quoted netizens' letter to the government's cold treatment: attach great importance to the MIRROR accident 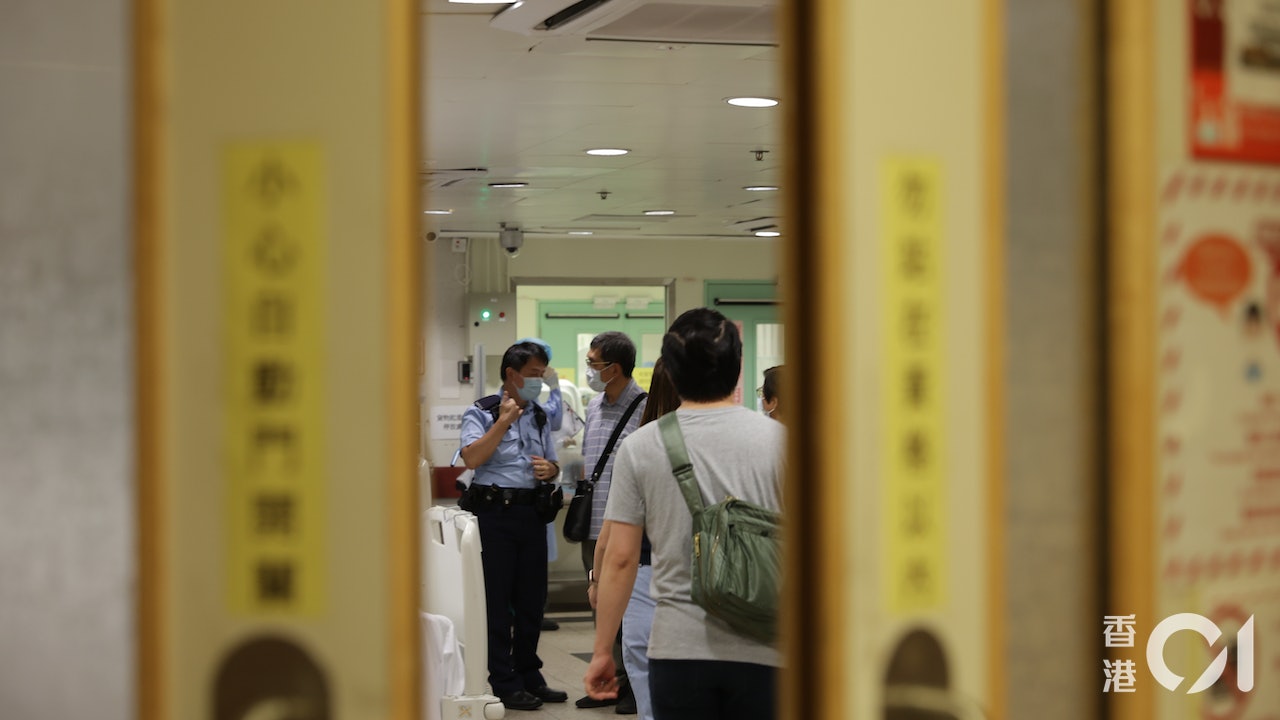 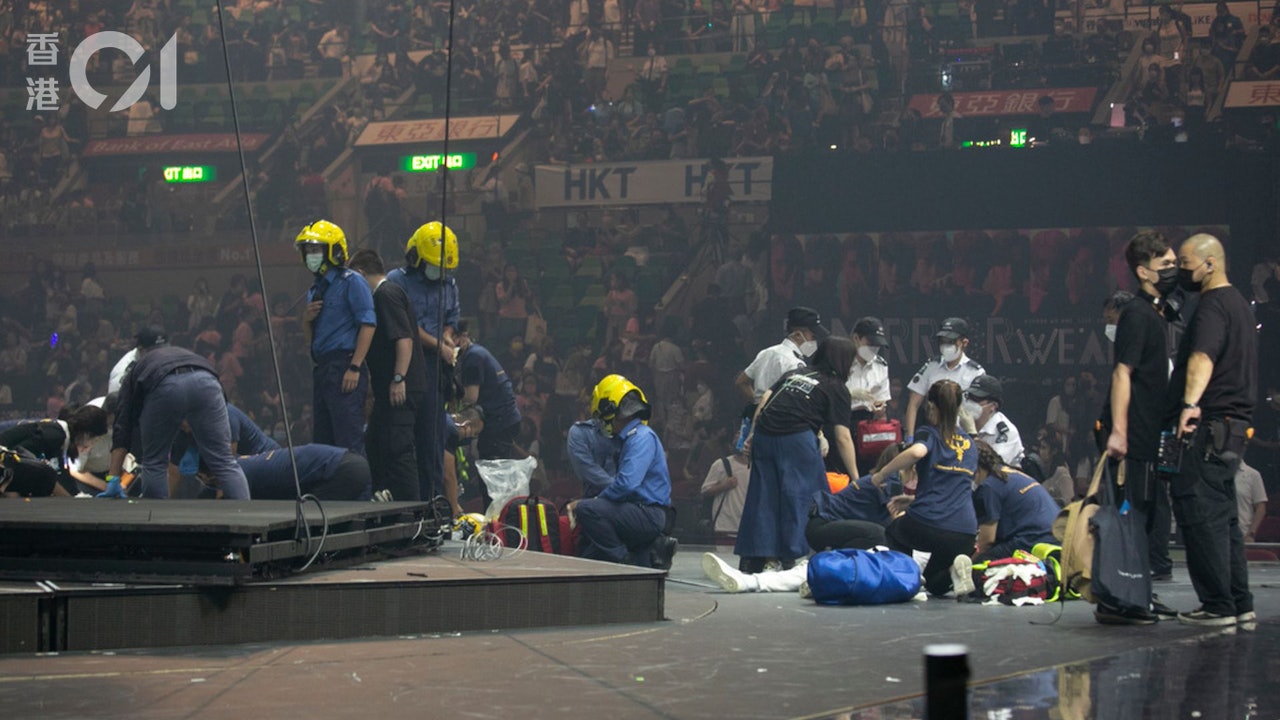 MIRROR Concert | Ah Mo's father sends a prayer letter to his son, thanking So Ching for his communication skills 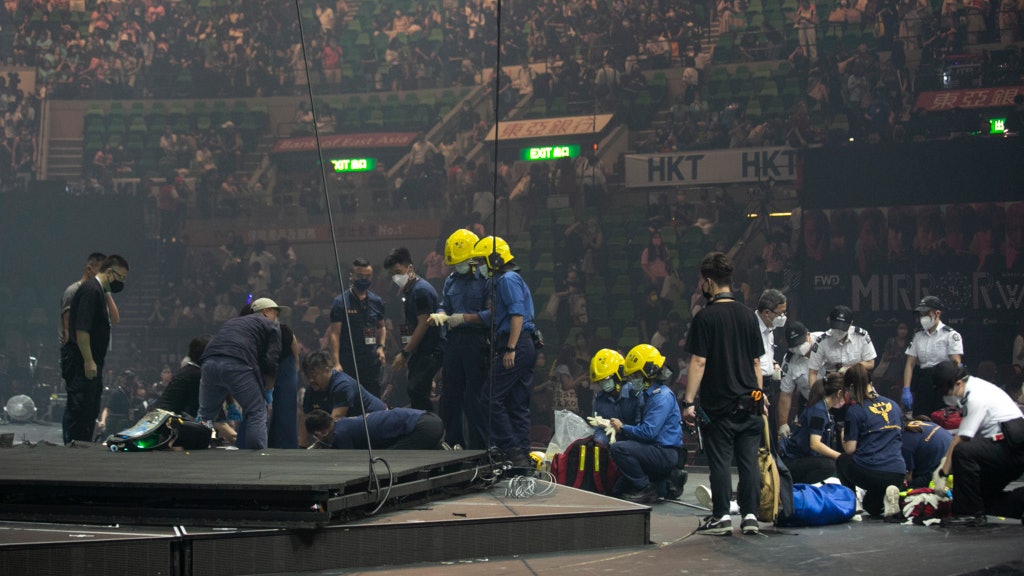 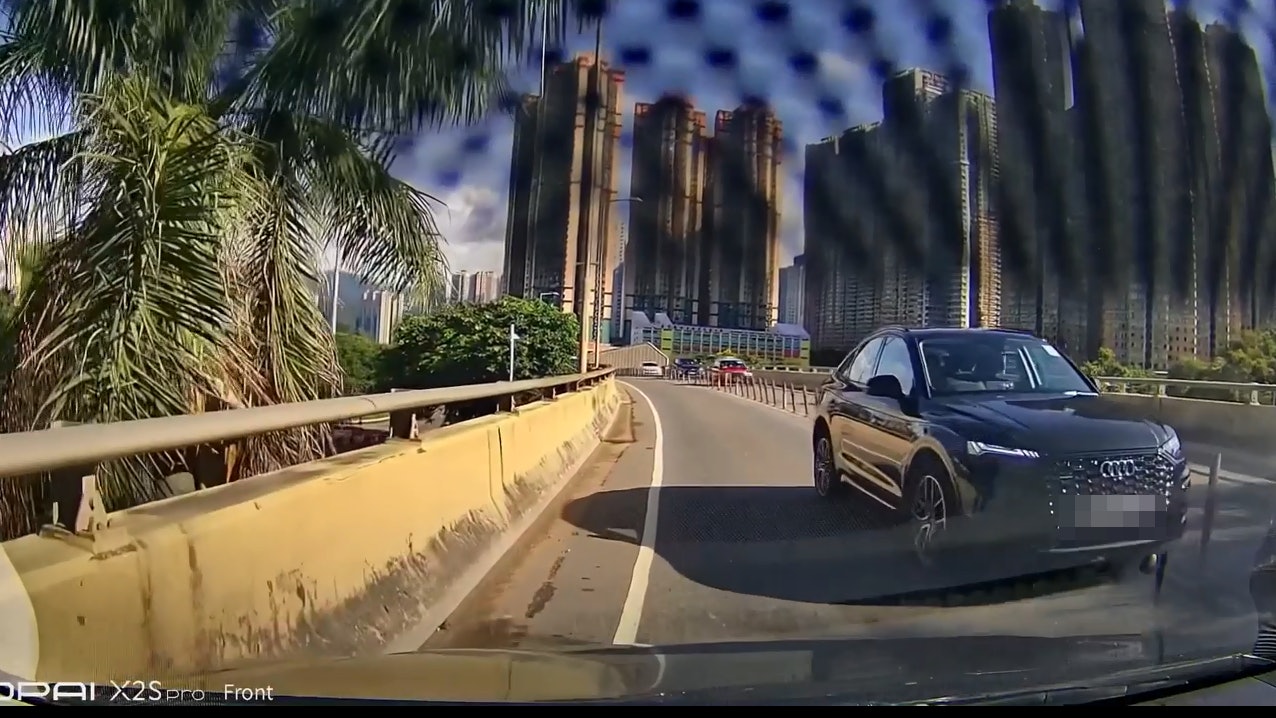