15 more graves for the children of Gaza

Testimonies of relatives of victims in the Strip contradict Israel's version, according to which the deaths were due to failed Palestinian rocket explosions 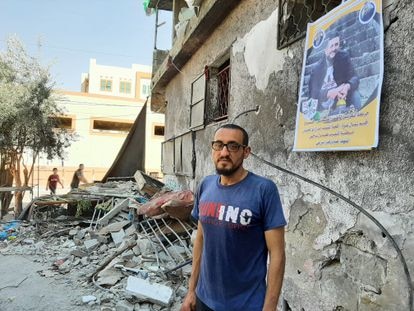 There are four new graves in the desolate Falluja cemetery in Gaza's Jabalia district.

Four mounds of still fresh earth for four cousins ​​from the Nayam clan: Ahmed, 16, Jihad and Mohamed, 15, and Yamil, five.

They lie in the same place, next to their grandfather's tombstone, where they were killed by an explosion on Sunday afternoon, a few hours before the start of the ceasefire that ended, with the mediation of Egypt, three days of hostilities. between Israel and Islamic Jihad.

During the conflict, 44 people have lost their lives in the Mediterranean Strip;

Testimonies from relatives and neighbors attribute the death of the four boys to the shrapnel of a projectile fired by an Israeli drone, in front of the Israeli Army, which has attributed these and other civilian victims to the explosion of failed rockets fired by the Palestinian militia.

The observation on the ground seems to corroborate the first version more than the second, in the absence of deep impacts or craters.

The only certainty, for now, is the fulfillment of the truce, which both parties have observed since midnight on Sunday.

On Monday, the streets of the Gazan capital regained their usual bustling pulse at half throttle.

The partial reopening of the borders, after a week of closure by Israel, has led to the entry of fuel to restart the only power plant in the enclave and feed the generators of the hospitals.

Most shops and offices have reopened, although activity is still limited due to the lack of supplies after the strict blockade.

Foreign journalists have also been allowed to pass through to collect testimonies of the greatest war escalation recorded since the open war of May last year.

Most of the 44 fatalities were civilians, according to the Palestinian Ministry of Health in Gaza.

Like the 360 ​​wounded during the bombings that have hit 160 targets attributed to Islamic Jihad.

In Israel, where health authorities have counted some four dozen bruised or injured by shrapnel, it is claimed that nearly half were Palestinian militiamen.

"Israel never acknowledges that it has caused innocent victims."

Social worker Fayed Wisam, 43, the uncle of the four children of the Nayam clan who were struck down in the Falluja cemetery, shook his head in the shadow of the family

, the marquee that hosts an open-air wake.

His nephews had just been buried at noon on Monday.

“This is our destiny”, he assumed between tears with the fatalism that reigns in the 2.3 million inhabitants of Gaza after 15 years of Israeli (and partly Egyptian) blockade punctuated by four devastating wars and countless outbreaks, such as the one just concluded .

"The boys' wounds were from small shrapnel, like the one spread by explosions caused by Israeli drones," he said, in a view shared by Palestinian media.

Among the graves of the Nayam boys – a tragic episode recalls the four Sadr cousins, the children killed in a Gaza silver during the 2014 war – only the fractured tombstone of their grandfather and a small hole in a step of the cemetery .

There are no visible craters or surfaces strewn with shrapnel impacts.

Bahar Barrai at the site of the family home where his brother Diar was killed, on the wall poster, in Gaza on Monday.

The house of the Barrai family, in Amra Hassis square, also in Jabalia, is a scene of complete destruction.

"An Israeli missile took the life of my brother, Diar, 30, when he was selling fruit and vegetables on Sunday morning at the front," says Bahar, 35, a painter and head of the family.

The rest of the 13 clan members narrowly escaped the impact.

His house is now unusable.

That of the neighbors, three of whom have been hospitalized with serious injuries, has been devastated.

of the victims of Gaza, protected from the burning sun by green banners, the color of the Islamist Hamas movement that rules

in Gaza, and yellow, of the Fatah nationalist party. , which controlled the Strip Administration and the rest of the Palestinian Authority before being expelled by force of arms in 2007. There were no black ensigns, like those of Islamic Jihad.

They smoke and drink coffee incessantly to take away the pain.

Fayed Abu Kars, 54, still has seven of her eight children left, following the death of 16-year-old Nazam, who was also killed in the explosion at the nearby Falluja cemetery.

But the eyes of this cracked-skinned clerk show the desperation of an irreparable loss.

"We have no political affiliation, but Hamas and Fatah are paying for all the funerals," he admitted absently.

A dozen buildings have been leveled by bombing, and more than a thousand homes have been damaged.

A powerful bomb collapsed the four-story block in the Rimal residential neighborhood of the Gaza capital where the family of Ahmed Khalifa, an unemployed 20-year-old metalworker, made his home.

Leaning on plastic chairs with friends and family, he gazed at the crushed structure Monday afternoon.

Technicians wearing the identification vest of the Turkish humanitarian NGO CDD took measurements and recorded images of the rubble.

“No help has come to us yet.

The women and children are sheltered in the homes of relatives.

We will stay here until we can find rental housing,” he explained,

Palestinian Ahmed Khalifa stands before his family's house destroyed in a bombardment in Gaza on Monday. JCS

In just three days of hostilities, the Gaza Strip has suffered a small-scale war in which Israel has deployed a new strategy of public diplomacy, with a large display of videos, graphics and illustrations to try to show that many of the Palestinian civilian victims they came under

from rockets that missed or went off course.

Islamic Jihad has fired more than 1,200 projectiles during the fighting.

Israel, which claims to have intercepted almost all the rockets that were directed against populated areas with the Iron Dome anti-missile shield, points out that some 200 fell inside the Palestinian Strip.

The political moral of the brief, but intense, battle at the beginning of August in the coastal enclave is that Hamas, the local hegemon, has remained on the sidelines of the conflict while Israel and Islamic Jihad, a close ally of Iran, settled scores. in Gaza.

The Al Quds Brigades (military arm of the Jihad) have been practically decapitated.

There is also evidence that the Prime Minister, Yair Lapid, and his Defense Minister, the also centrist Benny Gantz, have exhibited a powerful military muscle in the Strip against the conservative former head of government Benjamin Netanyahu, his rival in the November legislative elections.

These are the fifth elections to which Israelis have been called in just over two years.

In the end, 15 new graves of minors, like those of the four mounds of earth of the Nayam boys, will remind us that Gaza has long since ceased to be an inhabitable place. 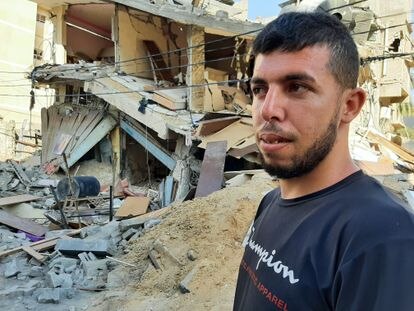 15 more graves for the children of Gaza 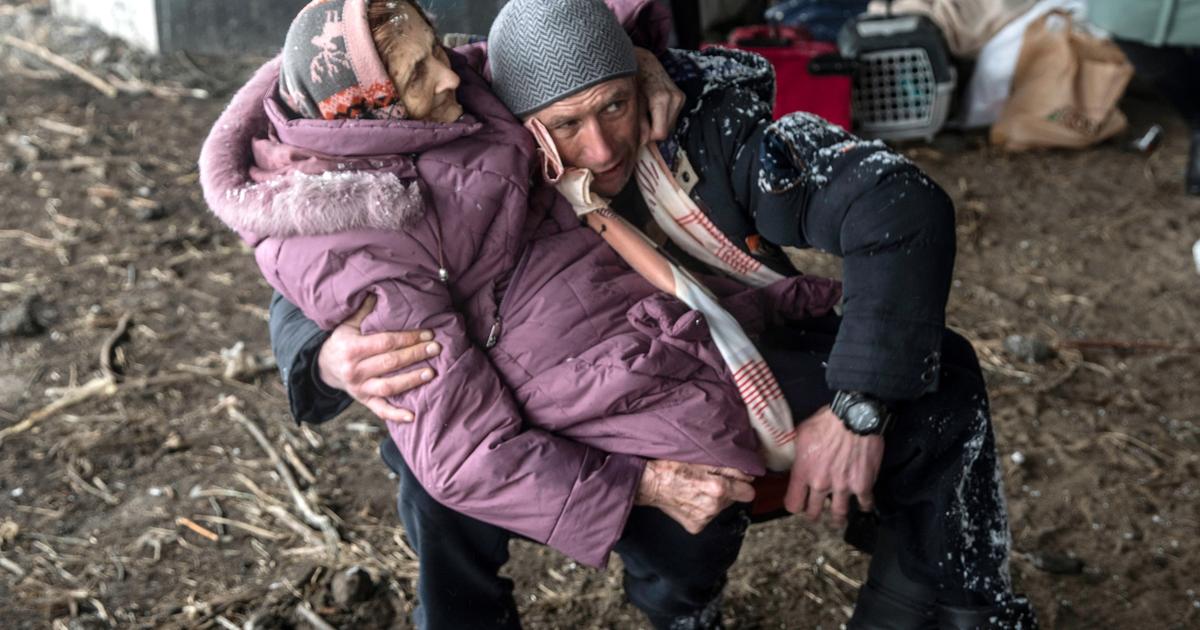 War in Ukraine: American photojournalist Heidi Levine tells from the inside 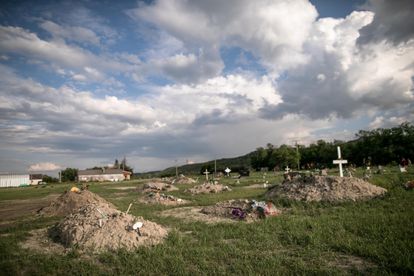 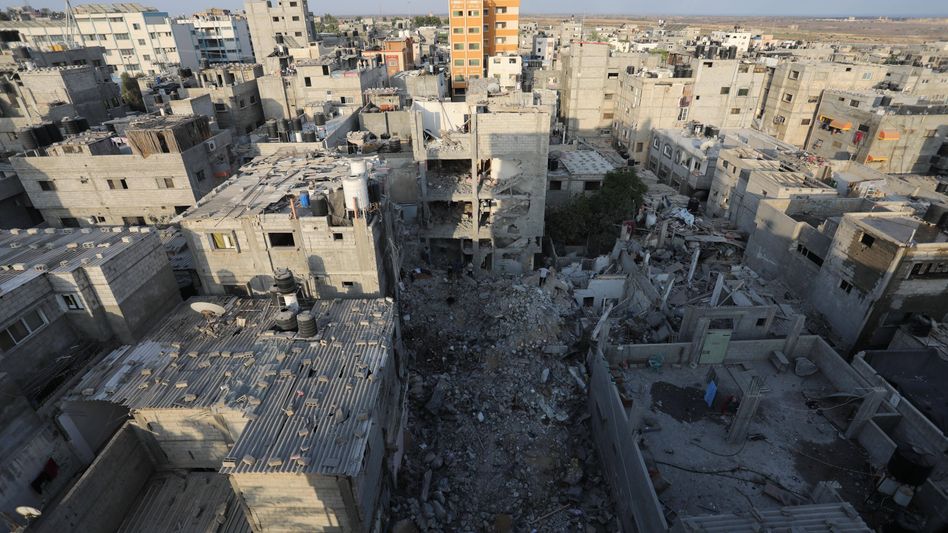 Gaza: Ceasefire between Israel and Palestine appears to be holding for the time being