Electoral violence in Kenya: in the face of insecurity, the surveillance of the people

In Mathare, a suburb of Nairobi, a 75-year-old grandmother or a 24-year-old document the excesses of political candidates. It is told by a coordinator of the Mathare Social Justice Center 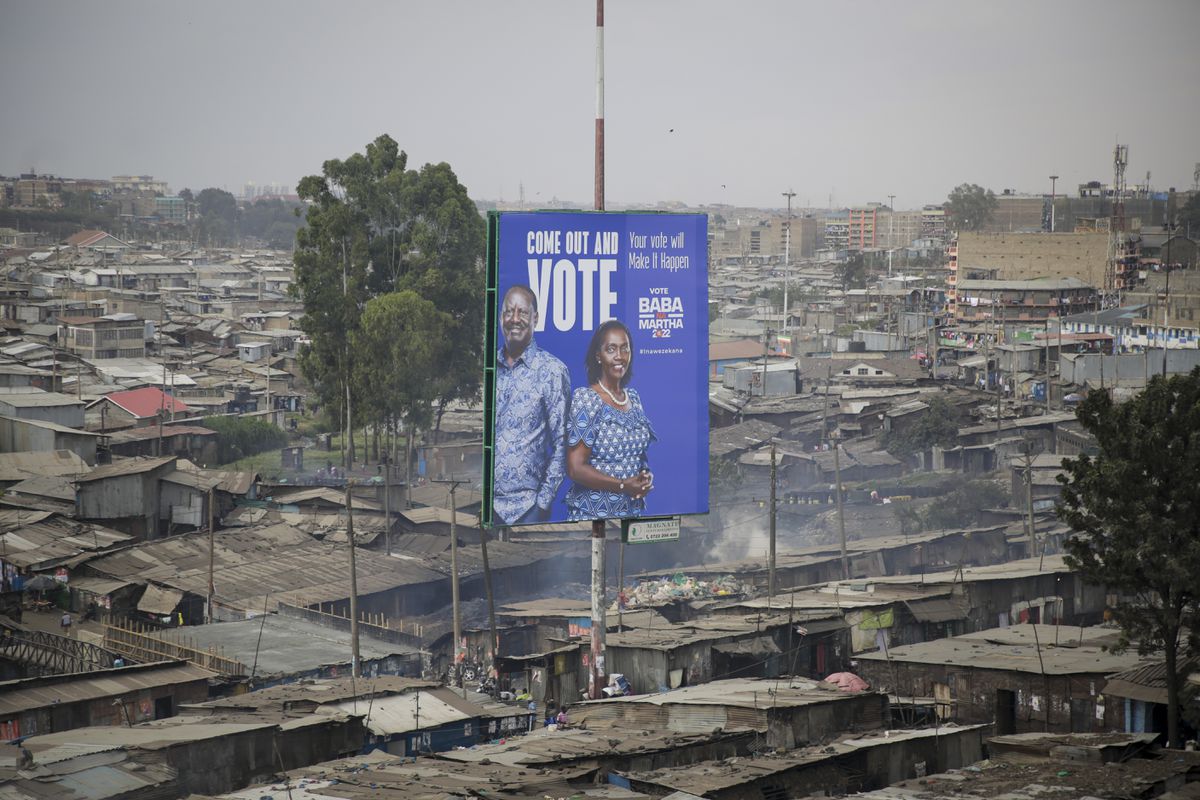 Gavana, a 23-year-old from Mathare (one of the largest informal settlements in the Kenyan capital), lost his life on Wednesday, July 20, from the injuries he suffered when he was thrown from the campaign vehicle carrying two candidates. politicians.

Unfortunately, Gavana is not the first young person to have been killed or injured in recent months as a result of election-related political campaigns.

Since September 2021, the Mathare Social Justice Center (MSJC), a community-based organization, has been documenting election-related violence.

Our objective is to take advantage of the knowledge of the members of the community to, from the base, establish local mechanisms to be able to face these events.

In addition, we want to show the invisible collateral damage of politics: the deaths of young people like Gavana who become opportunistic cannon fodder for politicians.

This work is founded on our dream of achieving a Mathare, and a Kenya, without human rights violations.

And regarding the elections, a process that is inclusive, allows justice and does not bring violence.

The 2019 census puts its population at around 200,000, but there may be many thousands more living in the area.

Mathare residents continue to suffer from a lack of adequate basic services such as sewage, water, housing, education and health care.

It is also the scene of unrestrained police violence, which has sadly been a feature of this settlement for decades.

The MSJC's documentation and reports on extrajudicial killings and other human rights violations in Mathare have played an important role in raising awareness and galvanizing action over the past seven years.

For example, our 2017 report on police killings, entitled

Who Will Be Next: A Participatory Action Report Against the Normalization of Extrajudicial Killings in Mathare

In the last 10 months, we have registered incidents that demonstrate the possible volatility of the elections on August 9.

But above all, our work has shown the determination of community members to work to ensure peace during the electoral period.

Local residents are undoubtedly the strongest and most effective election observers.

Between December 2021 and February 2022, we documented 19 worrying events in Mathare related to elections.

Among them are politicians who mobilize residents and give them drugs to cause chaos.

It happened when Defao, who is running as a deputy candidate for Mathare North, bought alcohol for the young people and promised them 1,500 Kenyan shillings each (just over 12 euros) if they made a ruckus during a meeting of the United Democratic Alliance (UDA for its acronym in English).

Some politicians choose to hold their campaign events at night to reduce the chances of police intervention.

The effect of these events on the community is wide-ranging, especially when it comes to safety.

Some of the new gangs are in conflict, and at the end of last year the resulting violence led the mothers of Huruma and Kiamaiko to think for a considerable period of time that it was too unsafe for their children to go to school.

More recently, at the end of June 2022, two young men lost their lives when they were fighting over money that had been thrown from the convoy of UDA vehicles, and the large crowds during political campaigns encourage a large number of petty thefts.

A six-month-old boy who was carried on his mother's back was crushed and suffocated to death during struggles to get the money they were distributing at a rally in Ruai.

These facts highlight the multiple ways in which elections cause insecurity and fear, and increase the bite of already serious living conditions: the high cost of food, high unemployment and other structural violence that worsen in this zone.

But people begin to organize.

Popular electoral supervision in our center has been assumed, mainly, by women of all ages, as well as by young men.

This includes organizing political education forums and community dialogue, as well as documenting and reporting irregularities and misinformation to our center and our partners.

It also involves talking to neighbors and sharing food and even lodging when necessary.

It is important to note that women and youth are essential targets for politicians who require support for mobilization.

They look for women for their availability in large numbers and their ability to mobilize for meetings.

They want young people to offer security to politicians and to cause chaos and violence against the candidates of other parties.

The fact that it is women and youth who mainly constitute political meetings is, without a doubt, a clear indication that they suffer from high rates of unemployment.

And that is why they can be promised food or cash, between 200 and 500 Kenyan shillings (from 1.6 to just over 4 euros), to support the campaigns of politicians who will then do nothing to change their quality of life to long term.

At the same time, thanks to their power as members of the community, women and youth are essential bystanders of election-related violence in Mathare.

From a 75-year-old grandmother to a 24-year-old, our grassroots observers don't just document, they work to build a common front that strengthens the community.

Their documentation work helps inform local grassroots-led violence mitigation efforts in our collective work for Mathare, inside and outside the MSJC.

At the same time, it makes evident the differential experiences during this electoral period with regard to area, sex and even age.

Thanks to this, we can work to draw a qualitative map of trends, but also to guide tailored interventions, which will help strengthen this community both before and after the elections.

is Research Coordinator at the Mathare Social Justice Center in Nairobi.

Electoral violence in Kenya: in the face of insecurity, the surveillance of the people 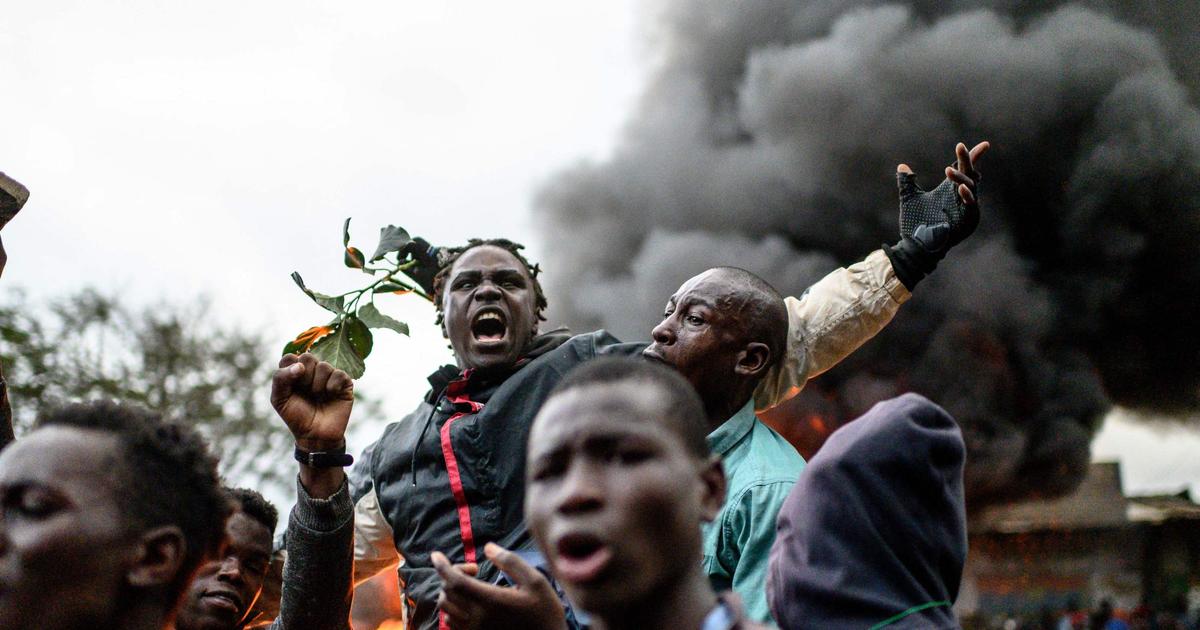 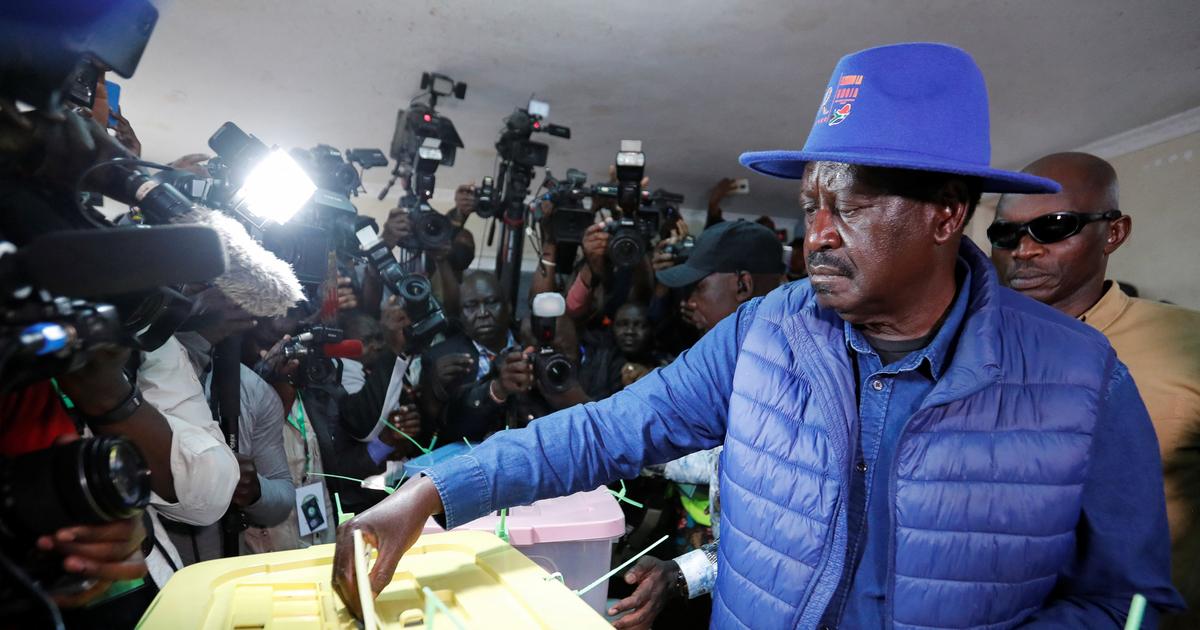 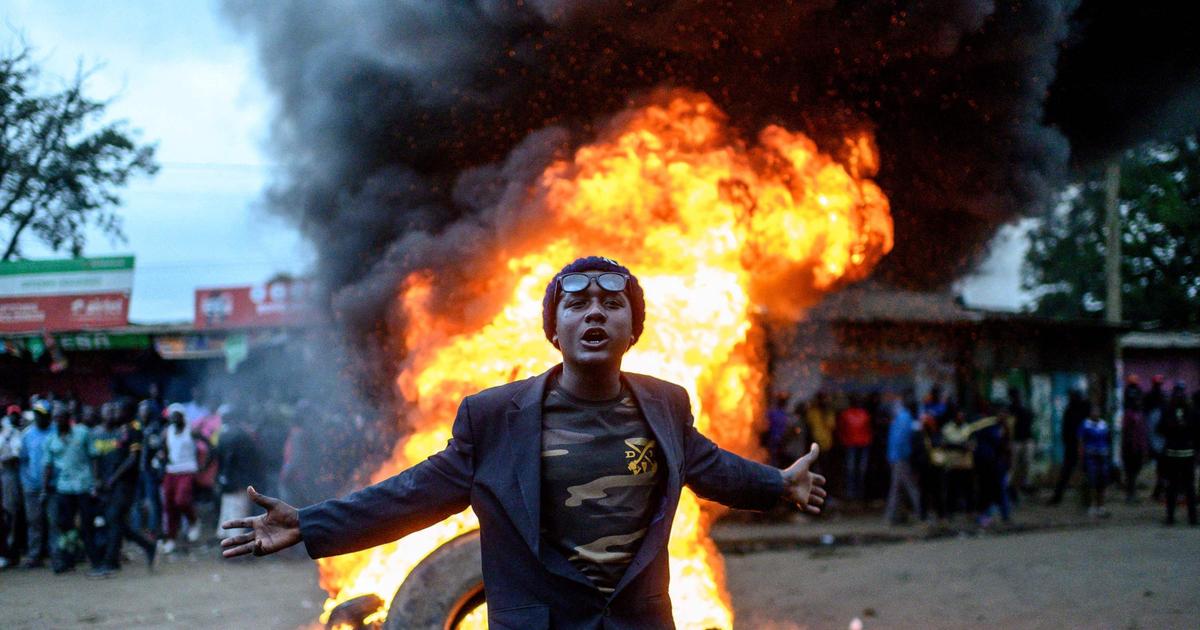 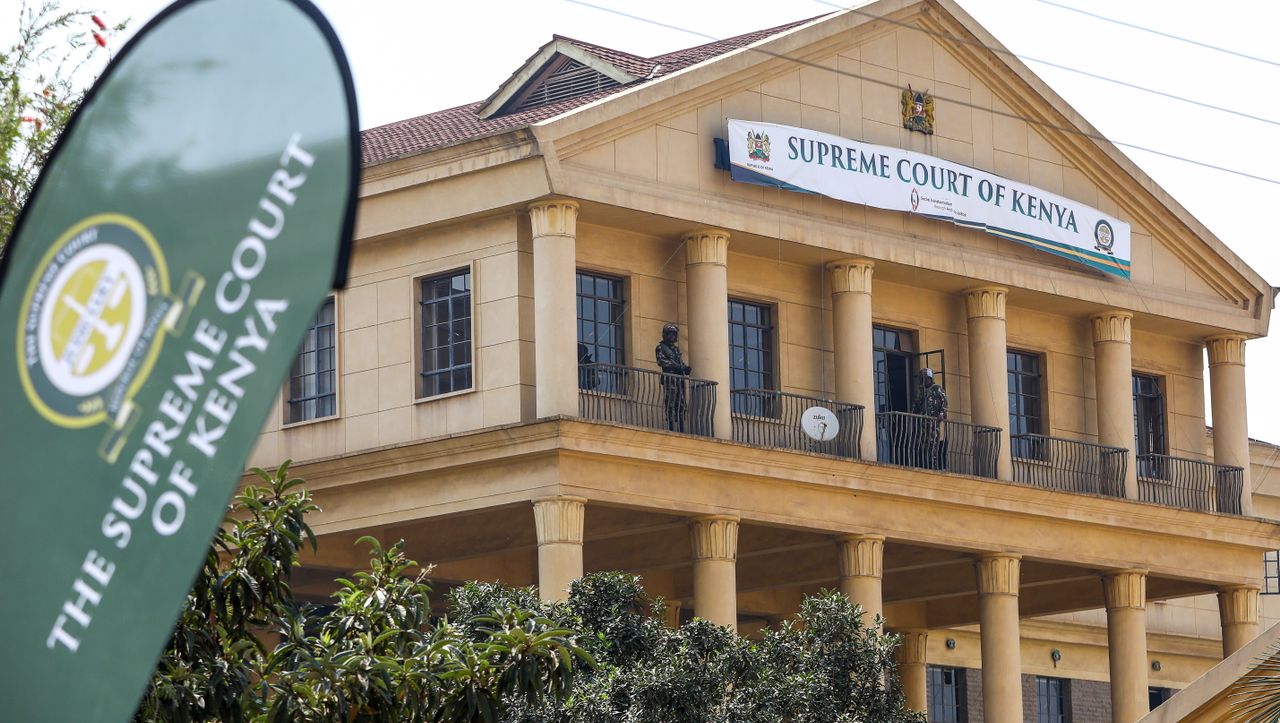 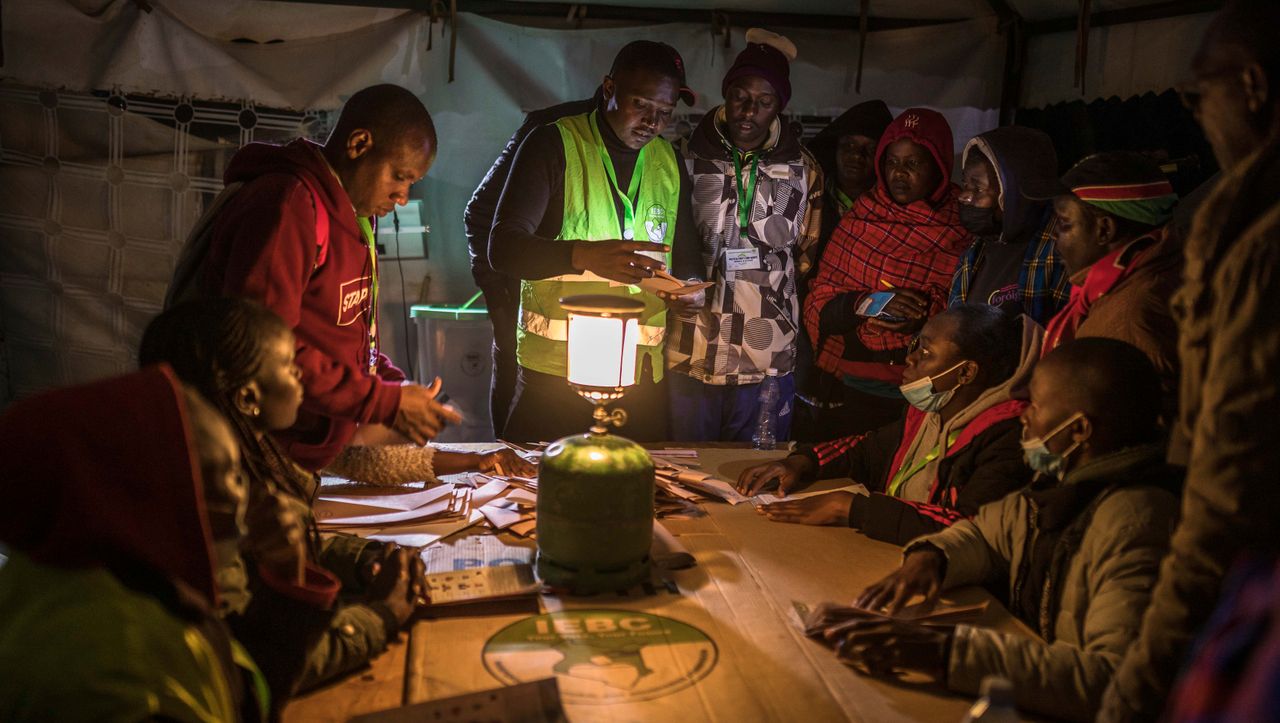 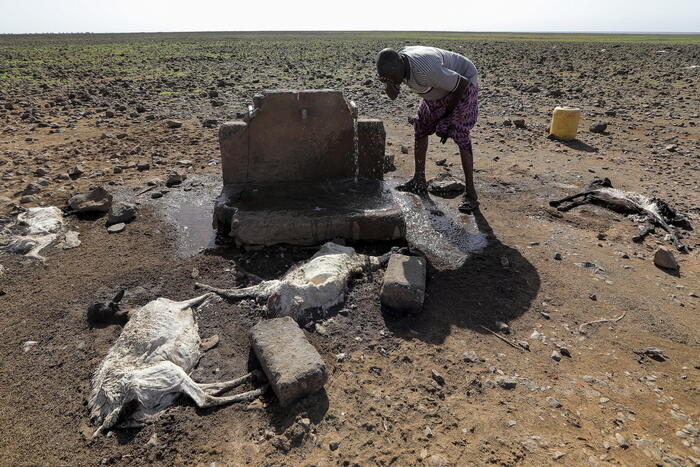 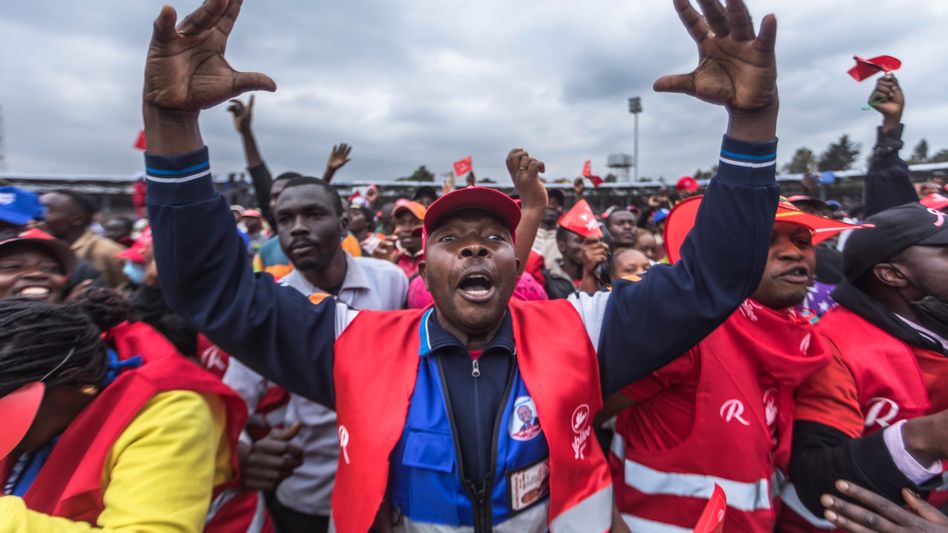 The science park and the recycling plant are separated from each other and refuse to extend the grace period to 3 years. CEO Huang Keqiang: very wronged
2022-09-27T09:23:33.835Z