In Cherbourg too, the smoke from giant cruise ships is a subject of debate

DECRYPTION - The repeated stopover, in July and August, of a liner ordered to leave the port of Nice a little earlier because it was considered too polluting, relaunching the debate on cruise ships in the northern port city of Cotentin.

By our correspondent in Cherbourg

That morning, closing his local daily newspaper on the bar of this small bistro on the quays of Cherbourg-en-Cotentin (Manche), this regular launched a remark tinged with bitterness: "

The scene dates back ten days.

A month after a controversial first visit, the

, a 140-meter-long cruise ship flying the Panamanian flag, with a Greek company as shipowner and American as operator, is again announced at Quai de France for a two-day stopover on August 1 and 2.

Problem: this same boat had been ordered in mid-June to leave the port of Nice (Alpes-Maritimes) manu militari for "

" after several complaints from residents.

For our colleagues from France 3 Provence-Alpes-Côte d'Azur, who quote the port captain, "

the disturbance of public order was established

Hence this rather rare injunction to put an end to the planned stopover in the Riviera city.

A decision then assumed by the mayor (Presidential Majority) of Nice, Christian Estrosi, who was pleased on Twitter "

to activate for the first time the powers of port police"

of his city in the name of the environment.

Does this mean that the controls would be less demanding in Cherbourg, where the Aegean Odyssey was hosted twice this summer?

Questioned at the beginning of July by

, Yannick Millet, the director of the port of Cherbourg, declared himself surprised "

by what happened in Nice

", before ensuring that all the documents on the general condition of the boat were up to date to justify a stopover in the Normandy port.

End of the story ?

Chance of the calendar, on July 28, we learn that the mayor (PS) of Marseille, Benoit Payan is at the origin of a petition - which has already collected nearly 50,000 signatures - where he denounces the pollution of the giants of the seas.

At the quay, they would emit according to the city councilor (who does not cite his sources)

“as much as a million cars with their engines on when parked”.

While their city has once again become a port of call for these same giants of the seas for only a few years, many Cherbourg residents are therefore beginning to wonder about the impact of these black fumes on their health.

Especially since a thousand ferries for England and Ireland pass there each year.

Marseille welcomes four to five cruise ships a day, when we, in Cherbourg, welcome less than 60 a year

, the mayor (PS) of Cherbourg, Benoît Arrivé, tempers the fears of local residents.

You have to compare what is comparable!

I know the mayor of Marseille very well, who is a friend.

He welcomes four to five cruise ships a day, when we, in Cherbourg, welcome less than 60 a year

Above all, Benoît Arrivé recalls that his city joined the EOPSA (European Onshore Power Supply Association) program in 2021, which brings together energy and maritime life players around a challenge: the electrification of the quays of major ports. European countries in order to supply ships at stopovers and thus prevent the engines from running at the quay.

Read alsoCruise ship pollution: understand everything about the bone of contention that agitates Marseille

The issue of dock electrification

The electrification of the quays is a subject on which we have been working for several years with Ports de Normandie, especially since it will be an obligation from 2030

", specifies Benoît Arrivé, who has already paid a visit to Rotterdam, to the -Bas, ahead of the question, to study the feasibility.

But, for him, the question of the development of the energy mix - wind power, etc.

- in the region could also be part of the solution to put an end to the pollution of these ships.

“The question is not only to install an electric cable and to connect it to the boats.

In the meantime, the city of Cherbourg-en-Cotentin will host the next EOPSA symposium on September 15 and 16 on the theme: "It is no longer the time for debate, but for action".

In Cherbourg too, the smoke from giant cruise ships is a subject of debate 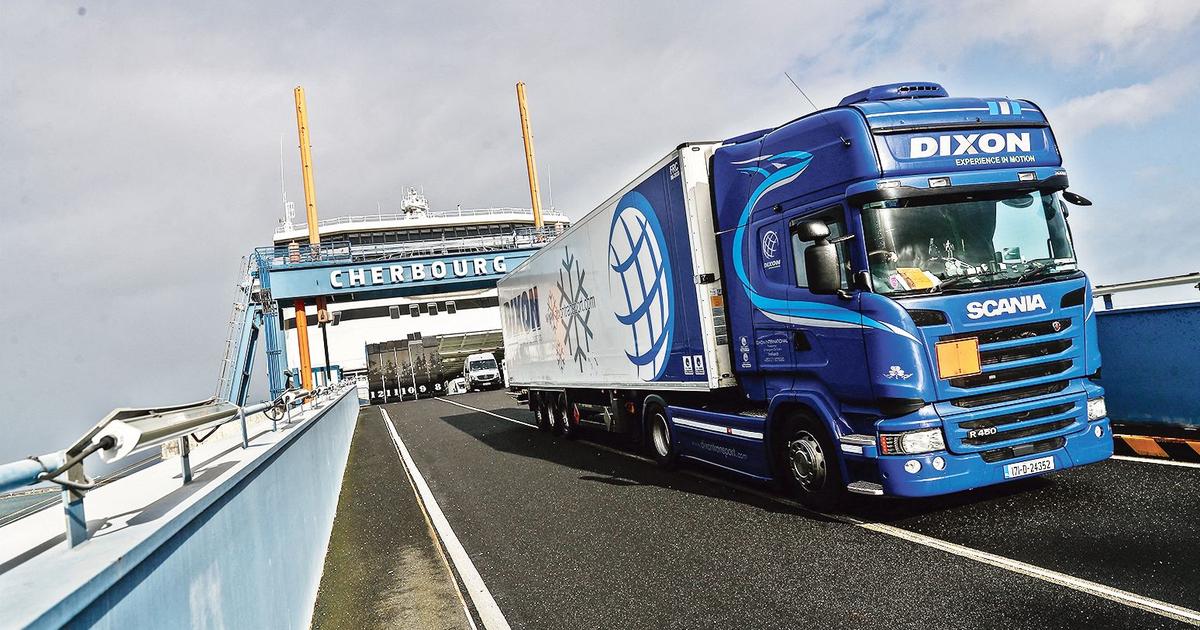 Piggyback transport between Cherbourg and Bayonne finally on the rails 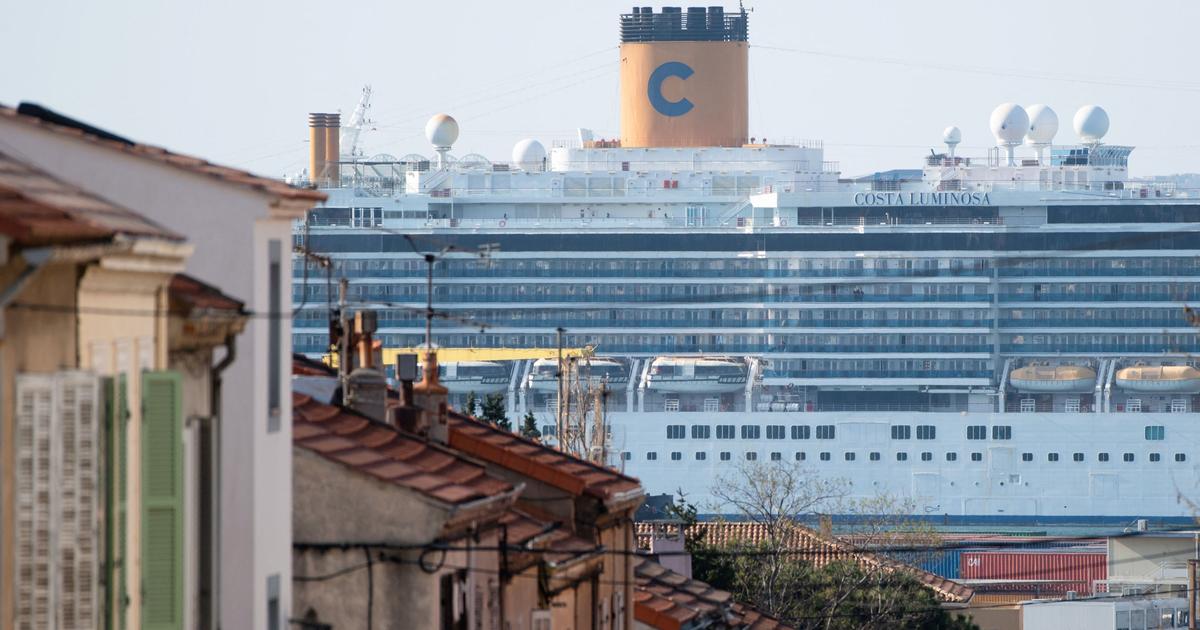 Pollution of cruise ships: understand everything about the bone of contention that agitates Marseille 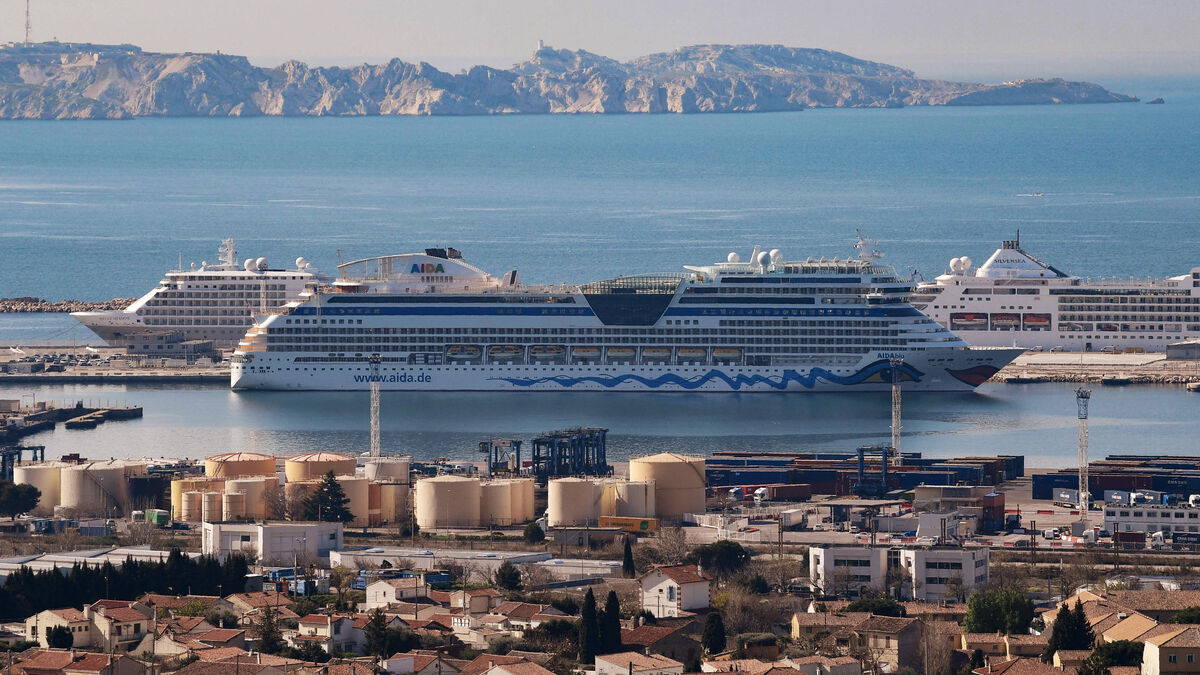 Pollution: the mayor of Marseille himself launches a petition against cruise ships 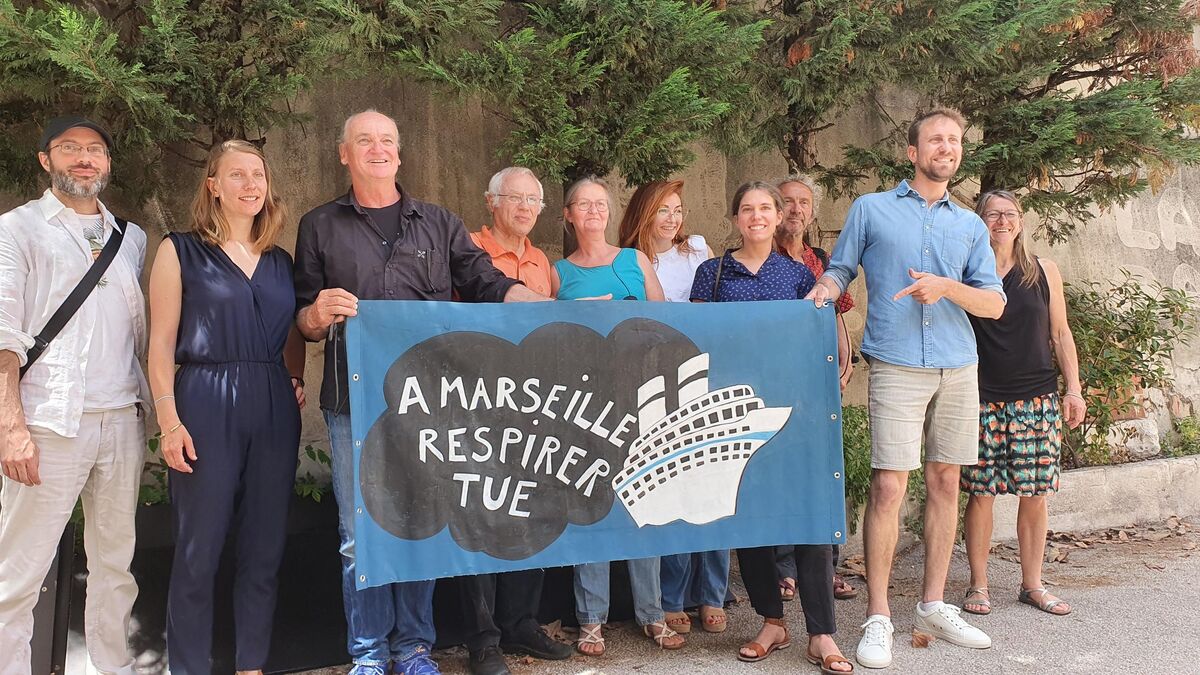 Strong pollution, low incomes: a Marseille collective calls for the end of cruises 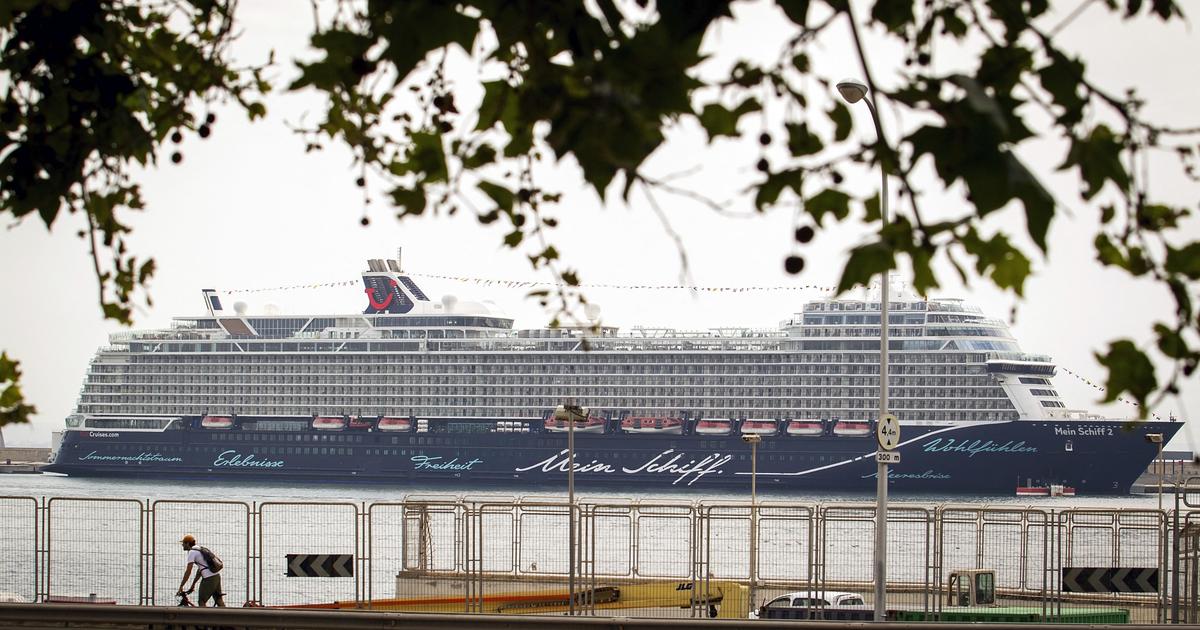 Corsica: the docking of a cruise ship delayed by nationalists 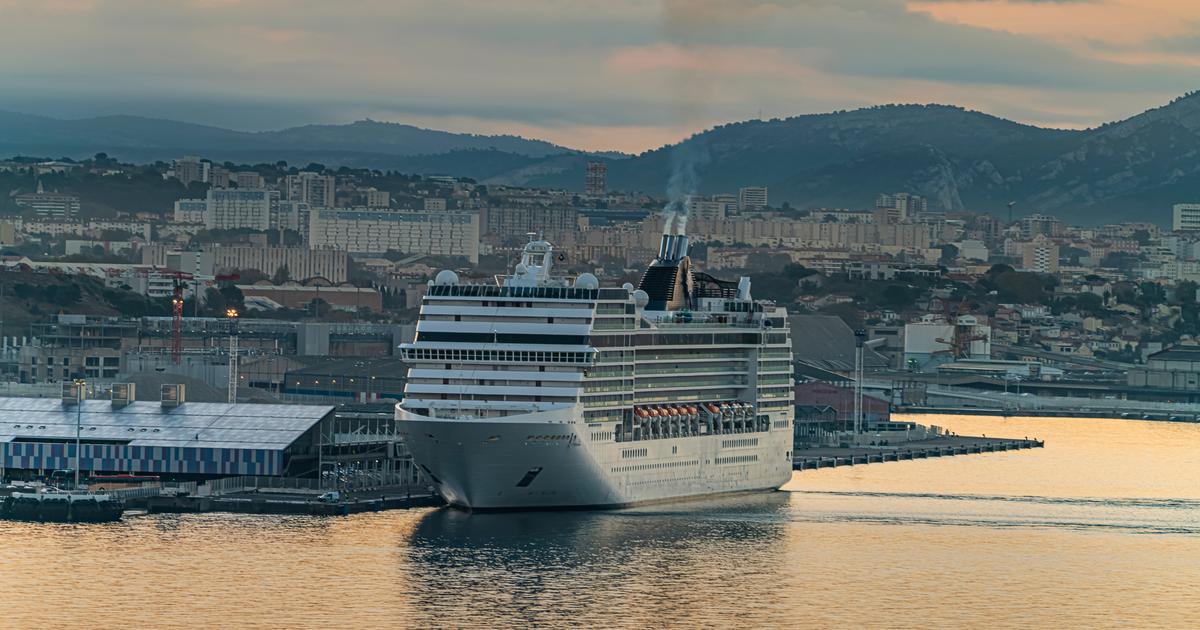 Pollution in Marseille: "Cruises represent less than 5% of port calls" 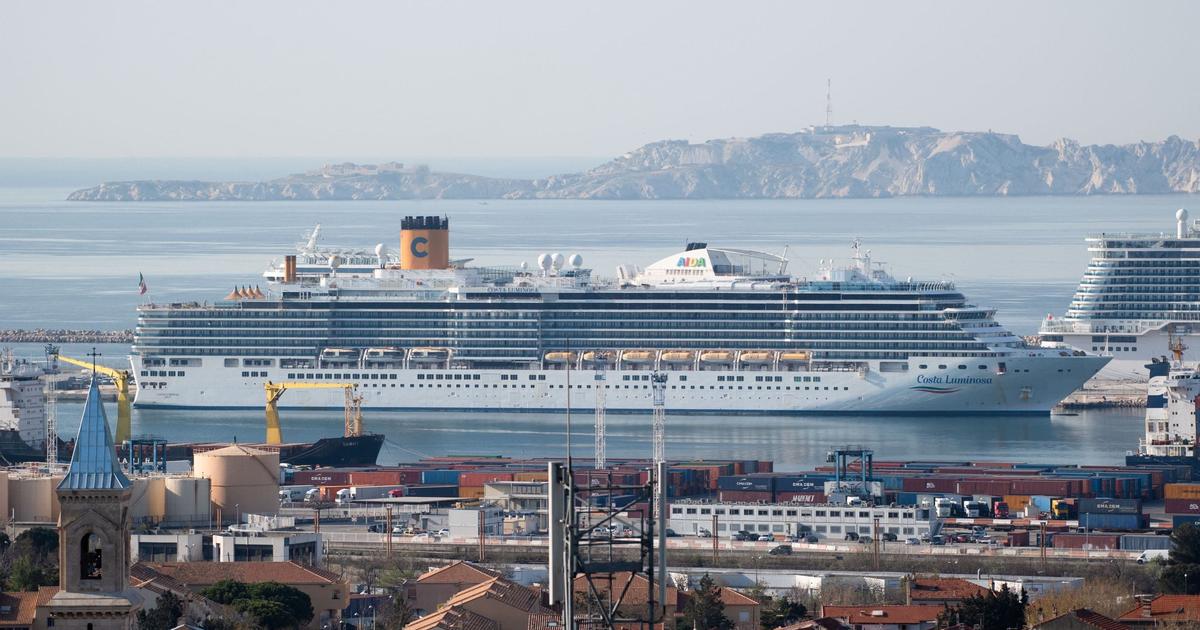 Cruise controversy: "Marseille should not become an amusement park"