The tropical storm "Mulan" hits, and the Observatory hoisted the No. 3 typhoon at 11:25 a.m. today (9th), unless the Mulan intensifies significantly, and the No. 3 typhoon will last until 10 p.m. At present, storm Mulan is more than 500 kilometers away from Hong Kong.

At present, the Mulan storm is more than 500 kilometers away from Hong Kong, but many areas in Hong Kong have been "crossing the wind and raining".

Comprehensive information shows that, unlike ordinary tropical cyclones, "Mulan" developed from a monsoon low pressure with strong winds around it.

The latest gale forecast map from the Mainland's Central Meteorological Administration also shows that Hong Kong is in the "gale zone" of Mulan, with winds reaching tropical storm level.

Even if Mulan has not yet "killed and buried", citizens can feel its power first.

The Observatory pointed out that until 4:15 p.m., strong easterly winds were blowing in Hong Kong, and gale force winds were occasionally blowing off the coast and highlands at first, and there were very large waves and swells on the sea surface.

The Observatory has explained the general situation of the monsoon low pressure, and the picture is the satellite cloud image at noon on August 16, 2016.

(Mapping by the Observatory)

According to the article "Monsoon Depression and Tropical Cyclone" in the Observatory's educational resource, the Observatory has explained the difference between the two.

The article mentioned that in the summer of the northern hemisphere, a belt-like area (yellow dashed circle in the attached picture) that is covered with deep clouds and stretches for thousands of kilometers sometimes appears on the satellite cloud map, which is called the "Tropical Convergence Zone" in meteorology. "The section from the South China Sea to the Indian Ocean is also called the "monsoon trough".

Due to the southwest monsoon and northeast trade winds blowing two "opposite winds" on the north and south sides respectively (see the blue arrows in the figure), convection activities are prone to break out on the monsoon trough and develop into a low pressure area, collectively referred to as the monsoon low pressure.

The windy area "Diezheng" Hong Kong is more than 500 kilometers away from Hong Kong, and the power of the storm has been felt

According to the latest gale forecast map from the Central Meteorological Bureau of the Mainland, in the 24 hours from 2:00 p.m. today, the wind strength around Mulan (the northern waters of the South China Sea and the coastal areas of central and western Guangdong) reached tropical storm level.

Because the location of Hong Kong is right in the area of ​​the "windy area" of Mulan.

Therefore, in this afternoon, although the Mulan storm is more than 500 kilometers away from Hong Kong, the public can still feel the impact of strong winds.

In terms of rainfall forecast, data from the Mainland's Central Meteorological Administration also shows that the precipitation in the coastal areas of southern Guangdong and other places reaches 100 to 200 mm in 24 hours, which is the "heavy rainstorm" level of the Mainland authorities.

The latest gale forecast map of the Central Meteorological Administration shows that the wind strength outside the area will reach tropical storm level in the next 24 hours at 2:00 p.m. Beijing time today.

(Photo by the Central Meteorological Administration)

The Observatory's weather monitoring data showed that at 3:30 p.m., the highest wind gust of 72 kilometers per hour was recorded at Tate's Cairn in the past ten minutes.

(Screenshot of the Observatory)

It is expected to reach gale force offshore and highland tomorrow

According to the tropical cyclone track information of the Hong Kong Observatory, the highest sustained wind speed near the center of "Mulan" was recorded at 65 kilometers per hour.

The Observatory has also further upgraded the forecast level of winds for tomorrow. It is expected to reach the east-southeast winds of magnitude 6 to 7. Initially, the offshore and highlands will reach magnitude 8, that is, the gale level of the No. 8 typhoon, and then the southeast wind will turn to magnitude 5. Offshore Intermediate Level 6.

No. 3 typhoon | The Observatory expects that the No. 8 typhoon will blow off the coast on Wednesday, strong winds and rainy days will continue for the 9th weather and traffic | 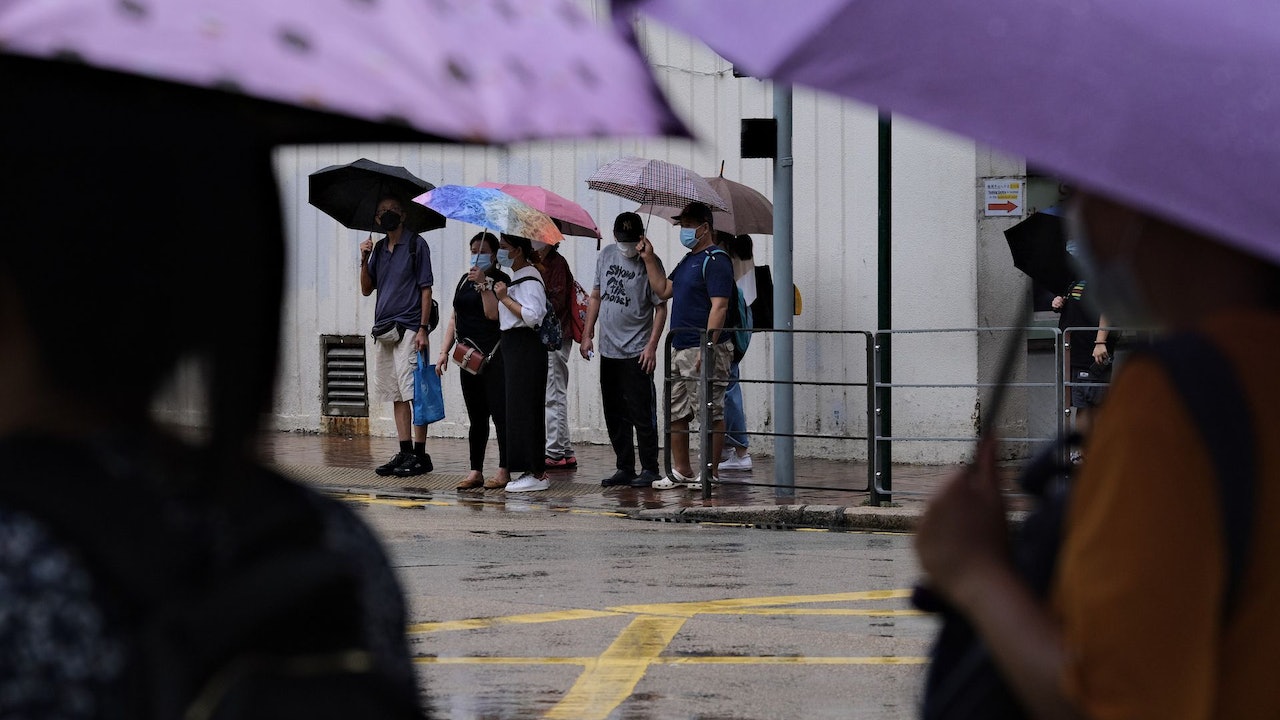 Mulan typhoon | Mulan landed in Zhanjiang Observatory, and there were violent gusts in the port, still squally thunderstorms on Thursday 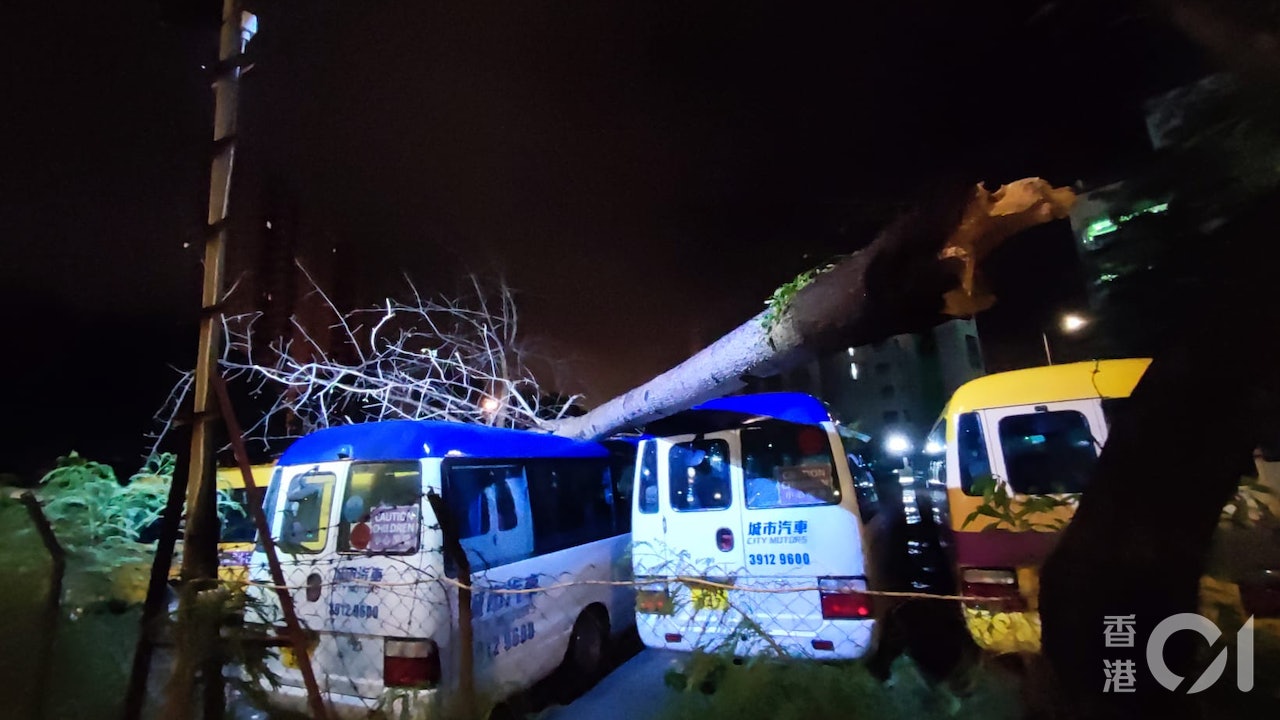 Mulan typhoon｜A number of minibuses were crushed in Chaiwan, which collapsed in multiple districts under the typhoon signal No. 3 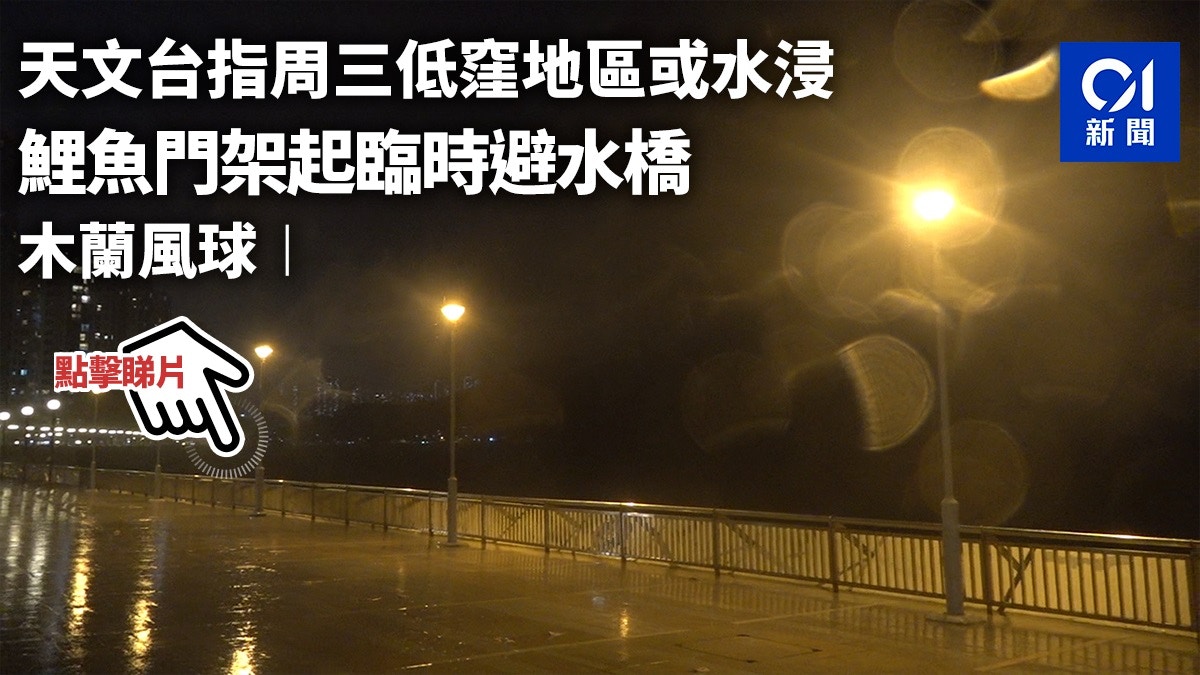 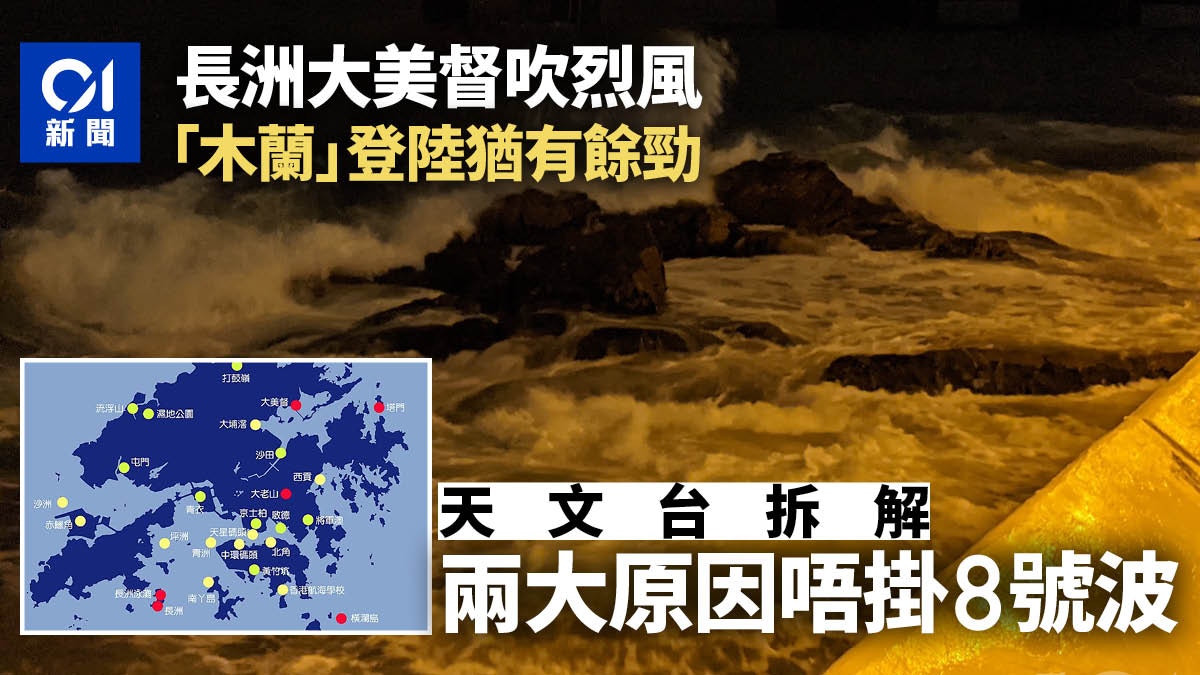 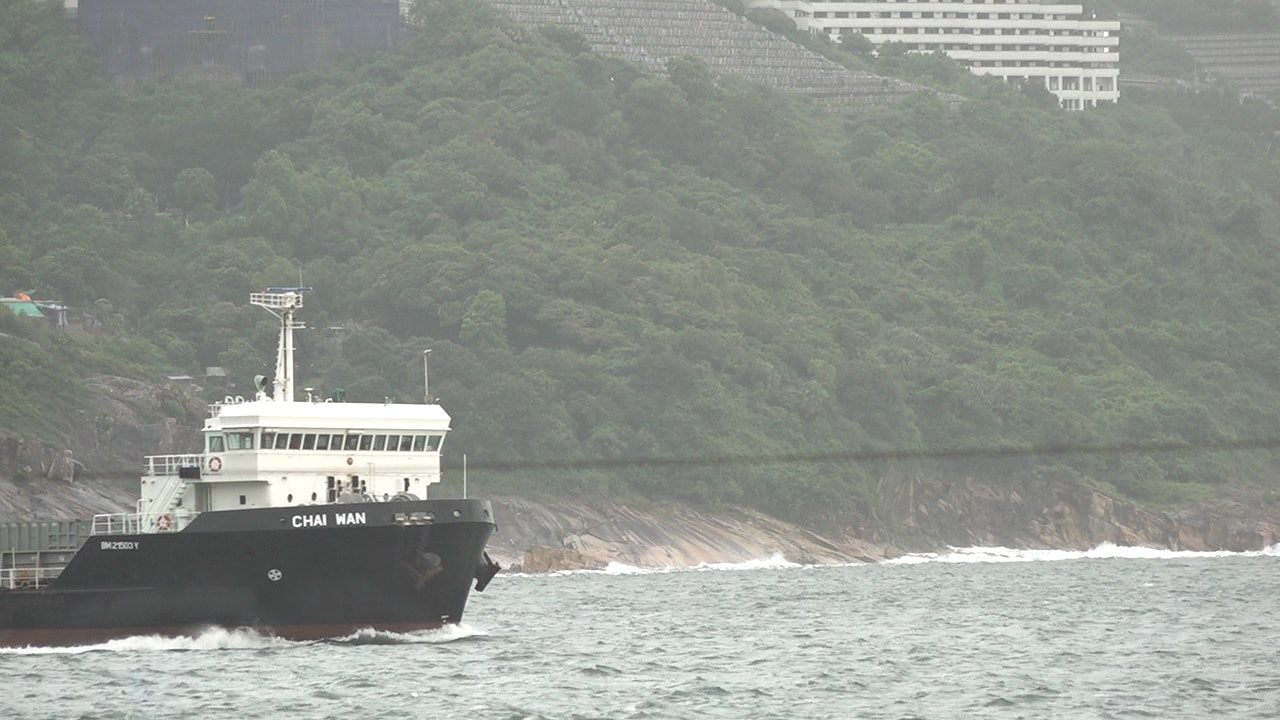 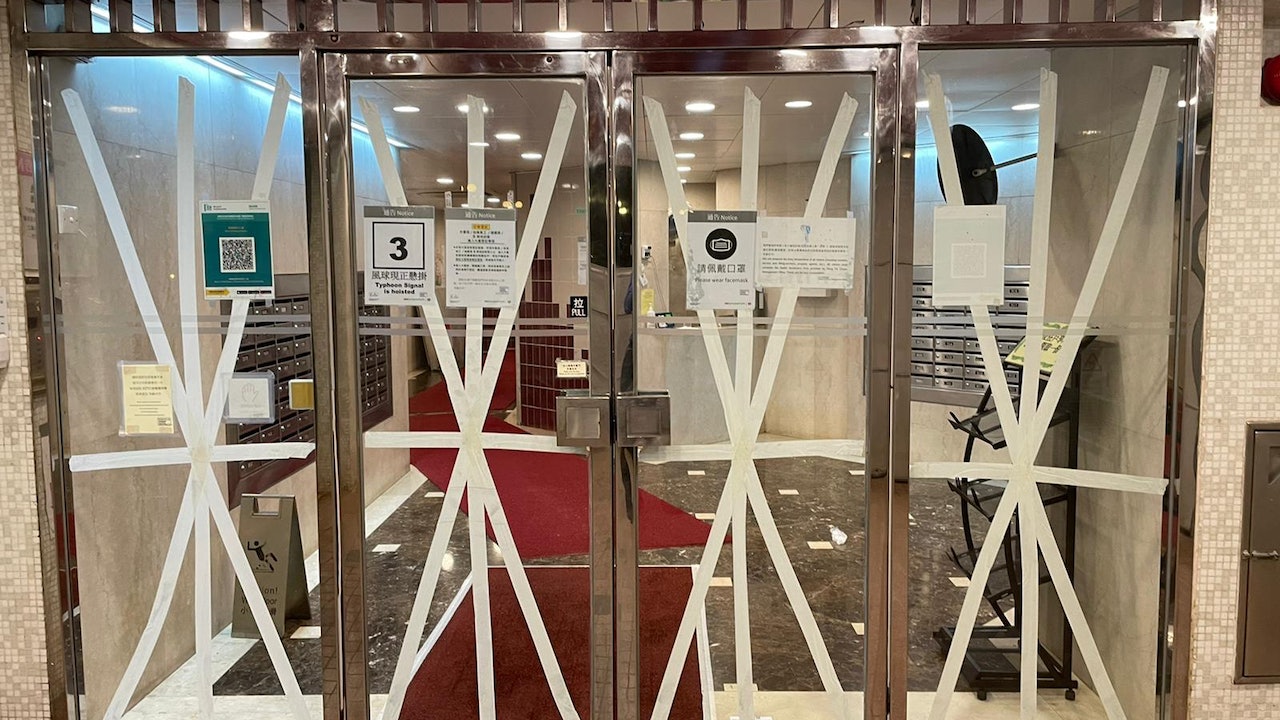 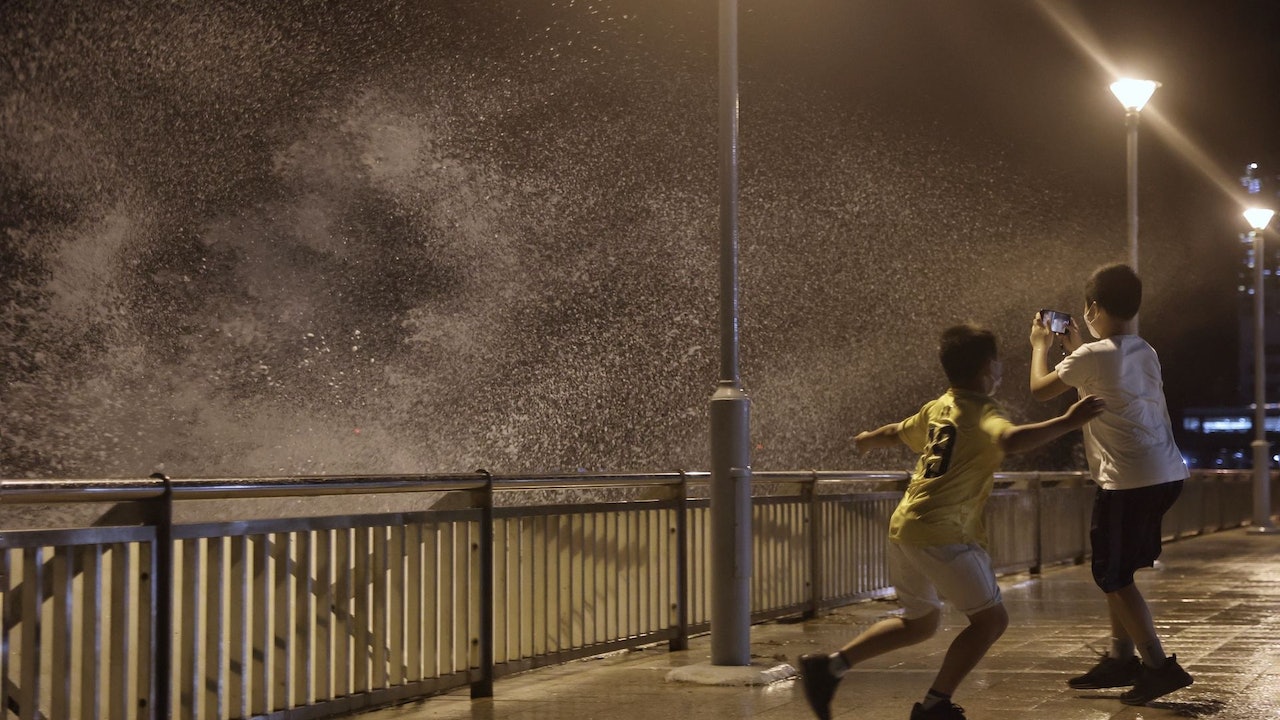