The forecast: a drop in temperatures towards the end of the week Israel today

The weather today will be partly cloudy to clear • Starting tomorrow, a drop in temperatures and relief from the heat load will be felt • And are the jellyfish still here? 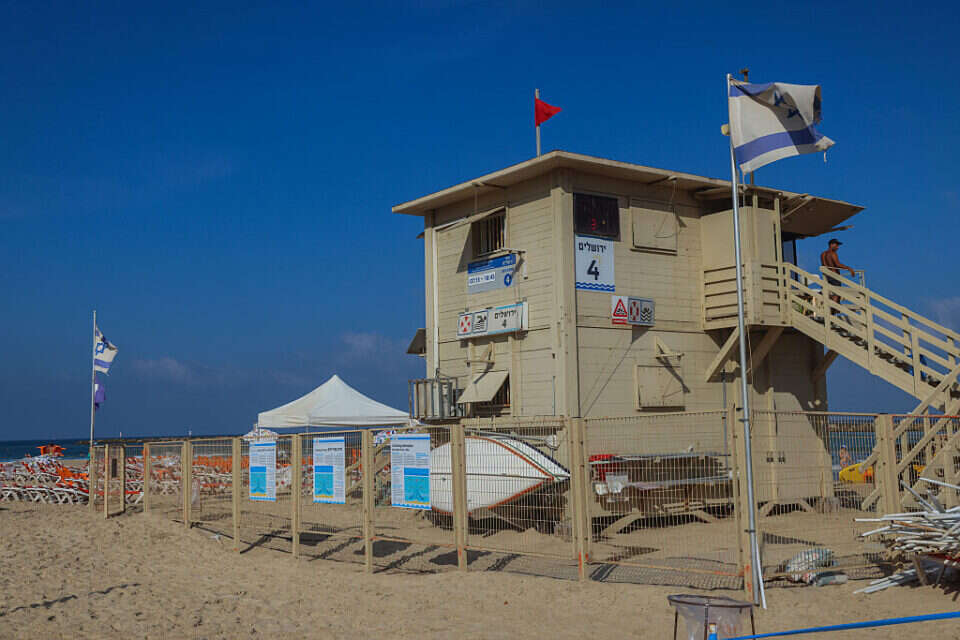 The hot weather that characterized the last period decreased slightly towards the end of the week.

The heat loads will also be more moderate.

According to the "Meteo-Tech" website, today (Tuesday) will be partly cloudy to clear.

The heat load will be light to moderate in the mountains.

Moderate to heavy in the coastal plain, in the lowlands and in the north of the Negev.

Moderate to heavy in the eastern valleys, the Dead Sea and the Arabah.

The height of the water in the Mediterranean Sea will vary between 60-140 centimeters and the sea will be wavy to high waves.

The beaches are free of jellyfish, which are not even seen in individual parts of any beach in Israel.

Tomorrow will be partly cloudy to clear, there will be a slight drop in temperatures, mainly in the mountains and they are slightly lower than the average for the season.

The heat loads will be relatively moderate.

On Thursday there will be no noticeable change in the weather, and the drop in temperatures will remain the same and no increase will be felt.

Even in the heat loads there will be no heaviness.

The heat is broken: a slight drop in temperatures, ahead of a comfortable weekend - voila! News

The weather is stormy; Later this week a significant drop in temperatures - Walla! news

The forecast: a significant drop in temperatures that will be lower than normal for the season - Walla! news

The forecast: a comfortable and clear weekend, next week - a slight cooling - voila! News

The forecast: Shabbat Sharbit with heat relief for the evening - Walla! news

The day will be warmer, but the rest of the week will be cool, with a chance of rain: the full weather forecast - Walla! news

After the Shreb: relief from the heat loads, from Tuesday - warming up - voila! news

Slight rise in temperatures with a chance of light rain The full forecast - Walla! news