Ukraine increasingly taking the initiative in the war against Russia: "Strategic disaster" for Putin? Created: 08/09/2022, 05:30 By: Markus Hofstetter According to military expert Mick Ryan, the Ukrainian army has a chance to take the initiative on a large scale. That could put Putin in a catastrophic position. Munich – Australian ex-general Mick Ryan sees the Ukraine war as a great opportunit According to military expert Mick Ryan, the Ukrainian army has a chance to take the initiative on a large scale.

That could put Putin in a catastrophic position.

Munich – Australian ex-general Mick Ryan sees the Ukraine war as a great opportunity for the defenders to get Russian President Vladimir Putin in trouble.

The basic prerequisite for this is that the Ukrainian military takes the initiative to a large extent.

So far, Ryan wrote in a lengthy thread on Twitter, one could have seen how the Ukrainians defended their country and reacted to the Russian army's attacks in the north, east and south.

"This situation could now change."

Change of initiative in the Ukraine war: Putin's army no longer acts, but has to react

"In military operations, one often speaks of taking the initiative," said Ryan.

The ex-general apparently sees a change of initiative between the two sides as coming.

For the Ukrainians, this means that they can choose the type and place of the fight.

This is an advantage that should not be underestimated and will also affect the loss figures.

For the Russians, this is "another disaster in a campaign that has been disastrous for the Ukrainian people and destructive for the Russian military," Ryan said.

Russian President Vladimir Putin's army is in danger of losing the initiative in the Ukraine war, with the consequences for him.

Ryan sees a sign of this change of initiative in the fact that the Russian army had to send reinforcements south.

Thousands of soldiers were transferred from Donbass, where Putin's forces actually want to conquer the entire Donetsk Oblast, to Kherson to counter Ukrainian counterattacks.

After change of initiative in the Ukraine war: Russian army could collapse

Once the Russians were forced to respond to Ukrainian offensives, their morale and tactical effectiveness would quickly deteriorate.

In addition, there would be impairments in the south from partisan attacks on soldiers, officials and the infrastructure.

According to Ryan, once the Ukrainians took the tactical and operational initiative, it would be very difficult for the Russians to turn the situation back on their side.

In Ryan's opinion, there is a possibility that troops under so much pressure and lacking excellent leadership could collapse.

Although he doesn't want to commit himself in his thread to the fact that this will happen with the Russian army.

But the images of large numbers of Russian soldiers retreating and being taken prisoner would be a "strategic disaster" for Putin.

"His narratives of the greatness of Russia and the effectiveness of the miracle weapons would lie in shambles."

The formation of new volunteer battalions for use in Ukraine would also help, since they are poorly trained and equipped.

Especially since the Ukrainian army is now equipped with Western weapons and ammunition.

Change of initiative in the Ukraine war: effects would also be felt in the rest of Europe

All in all, this would also have an impact on the rest of Europe, says Ryan.

"The demonstration of Ukraine's success on the battlefield will give Europeans the impetus needed to realize that their small sacrifices in the form of higher energy costs matter to a nation struggling to survive." 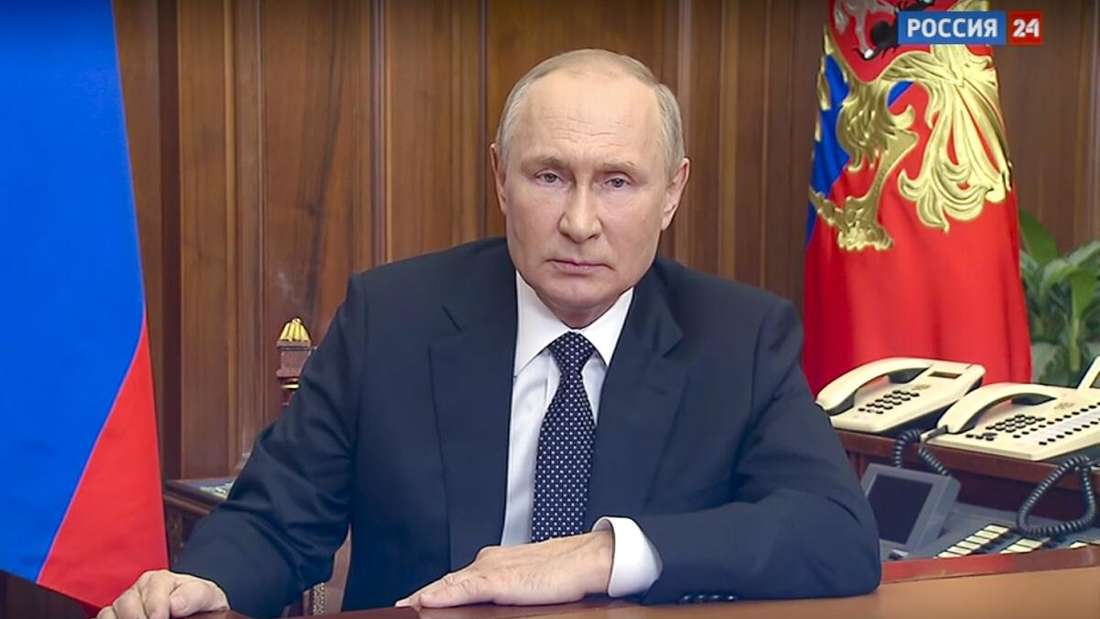