Hong Kong added 4,593 confirmed cases yesterday (10th) and 4 more deaths. A total of 1,516 confirmed new crown patients were hospitalized in public hospitals, including 201 newly admitted patients, of which 23 were in critical condition and 25 were in serious condition. The school reported 277 cases 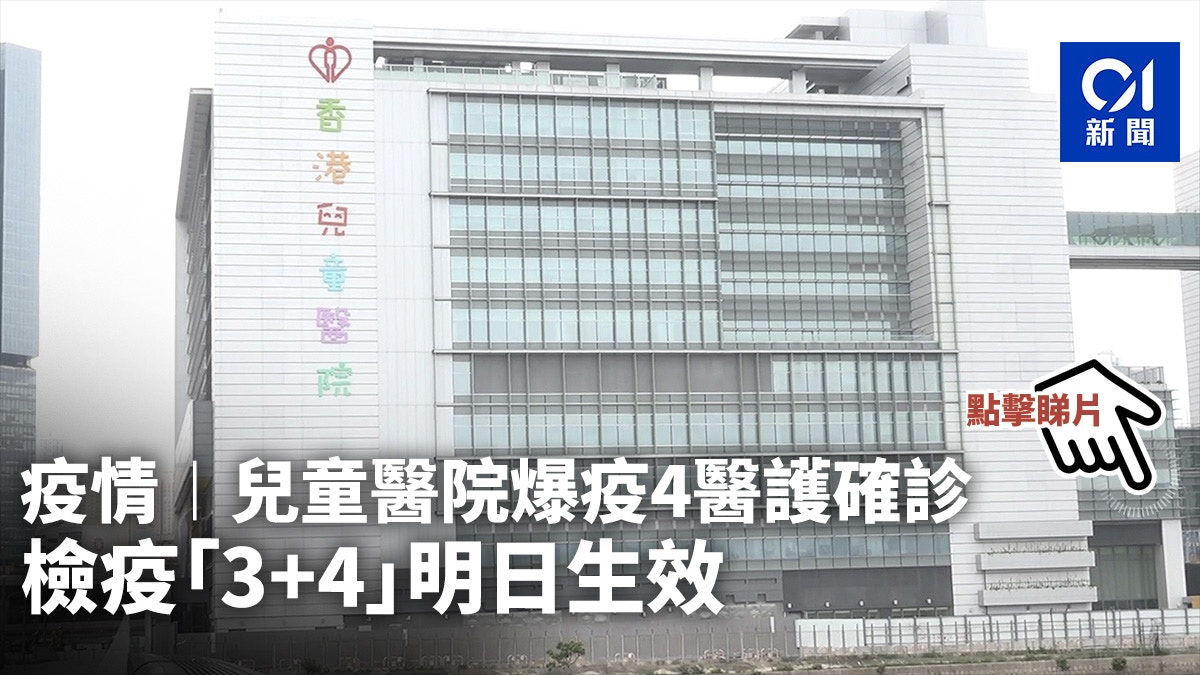 Hong Kong added 4,593 confirmed cases yesterday (10th) and 4 more deaths. A total of 1,516 confirmed new crown patients were hospitalized in public hospitals, including 201 newly admitted patients, of which 23 were in critical condition and 25 were in serious condition.

Schools reported 277 cases, and classes in 4 schools had to be closed due to the outbreak.

The current social distancing measures will be extended for two weeks from today (11th) until August 24th. The "red and yellow code" system for safe travel in line with the "3+4" of quarantine hotels is also implemented. Those who hold the yellow code for home medical surveillance can go out , but it is forbidden to enter the listed premises that require active verification, so people with yellow codes cannot go shopping at the Hong Kong Food Expo, which starts today.

HKTB Rewards You in Summer | 8.11 open to grab the available coupons, Yung Kee Restaurant will get $750 off when you spend $1000. Epidemic.

▼On August 8, the government announced the "3+4" quarantine arrangements for hotels in isolation▼

[07:00] The Hong Kong government launched unemployment assistance earlier, and eventually about 350,000 applicants were approved for 10,000 yuan.

However, its "approval before review" mechanism has aroused controversy.

"Hong Kong 01" received help from a number of Jockey Club betting shop employees who had been out of work for more than a month. They indicated that they were recently notified by the government that they were not eligible and requested to return the full amount of the subsidy. "Before "full term", he was immediately asked to "return to the water".

The government replied that in order to disburse the subsidy as soon as possible, it will not verify the authenticity of the self-declaration information during the approval process, but will conduct an ex post review after the subsidy is disbursed. Recently, it was found that about 520 applicants were ineligible, including about 350 Jockey Club betting shop staff. , has issued payment slips one after another, requesting the refund of the subsidy, which means that the government treasury is expected to recover about 5.2 million yuan.

Some Jockey Club employees questioned the mechanism was sloppy and "sloppy", "It's obvious that you are the first to approve after the review, and then you turn around and then take it back, which is really disturbing to the people."

277 more teachers and students infected with the virus Li Zhaoqiang Elementary School and other 4 schools have classes suspended Children's Hospital 4 medical nurses confirmed the epidemic | 4593 more cases and 4 deaths 87-year-old woman with intestinal rupture and peritonitis worsened and died. The Director of the Treasury, Xu Zhengyu, has tested negative for the virus. Students who are not infected with the virus are useless to travel with peace of mind. It is difficult for the school to identify the "yellow code" status. Hope the Education Bureau will give clear guidance to foreign domestic helpers who arrive in Hong Kong from Friday. Red-yellow code for work｜13,000 people left the quarantine hotel early in two days Zhang Zhujun: The principle is that the first-in-first-payment department will receive a "wrong code" inquiry 5,000 yuan accommodation fee The industry advocates listing the address and date of medical surveillance for foreign domestic helpers for 3+4 quarantine | Over 100 enquiries are received from the tour Professionals come to Hong Kong to advocate epidemic stabilization and exemption from hotel quarantine

▼Under the epidemic, the flow of people at Hong Kong Airport has been greatly reduced▼

Food Expo｜Thursday, An Kee pushes $1 abalone into basket Junao Bay and other buildings in Kwun Tong District continue to be diagnosed with severe disasters | 2,150 more buildings such as Sheyang Ming Shanzhuang and other Li Jiachao residential buildings are added to the list, and Emperor Garden is listed on the list of more than 23 sewage-positive buildings such as Wong Tai Sin Mansion and Tai Po Suntec Plaza 27 Ten thousand sets of quick test Baolianxiang Building closed. MPFA said that it has received violations last year and is continuing to pursue airport express for about 40 employees 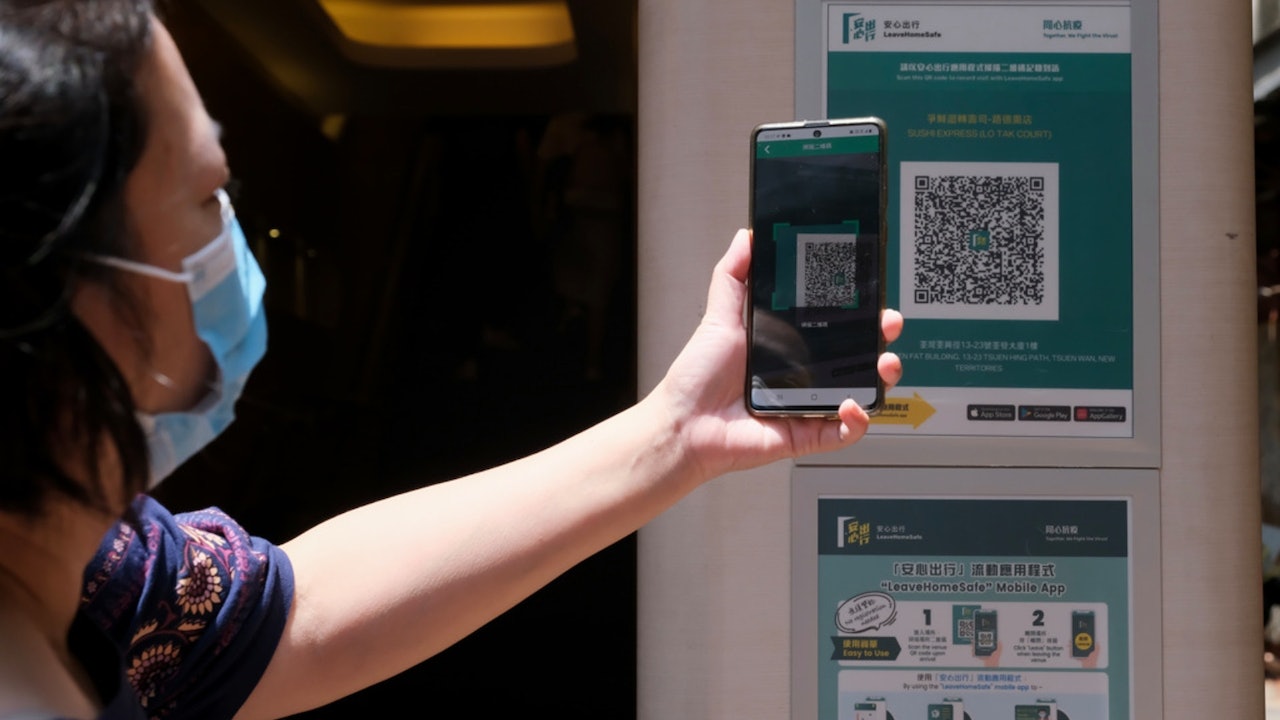 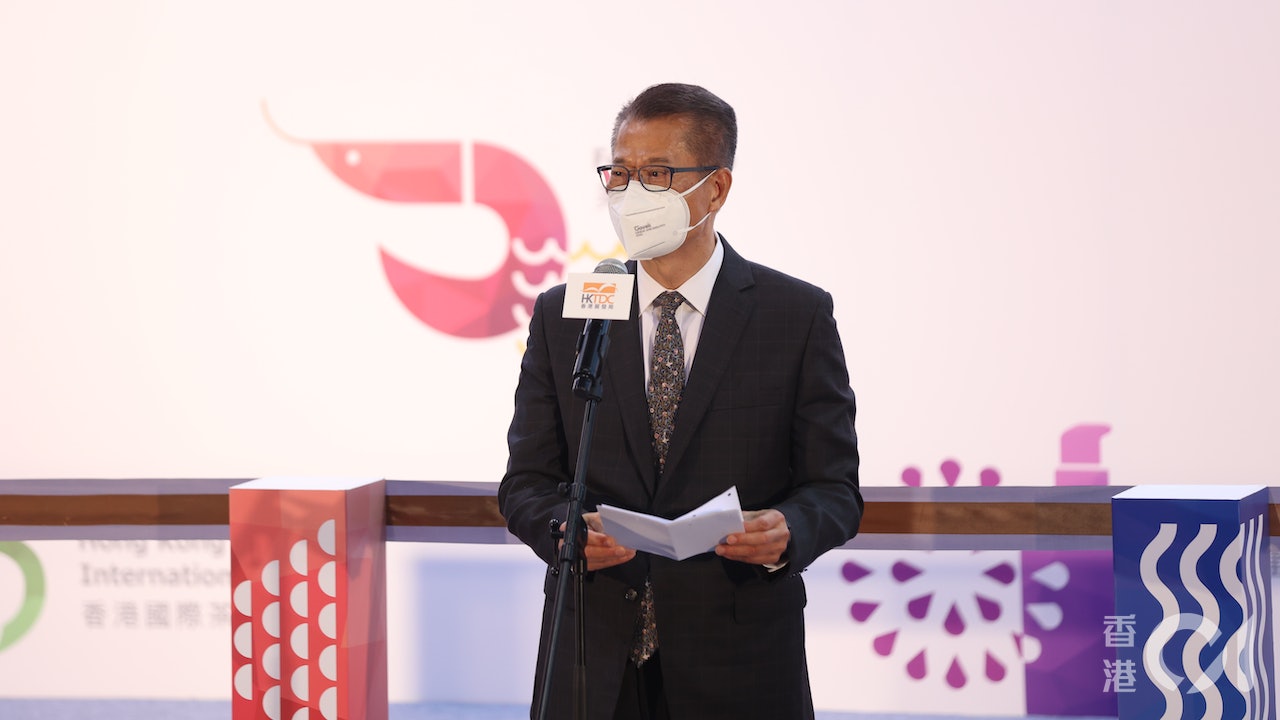 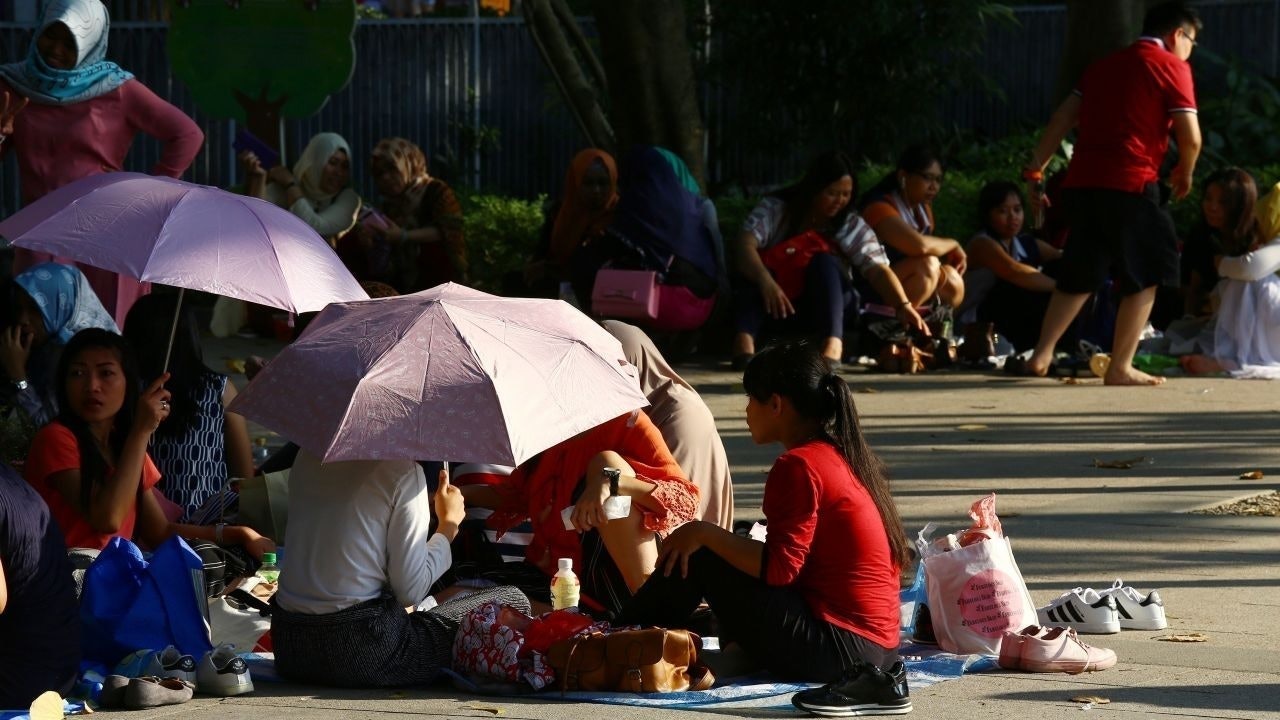 The foreign domestic helper will be 3+4 quarantine association from tomorrow, saying that some employers were caught off guard, and ordinary hotels do not include three meals a day 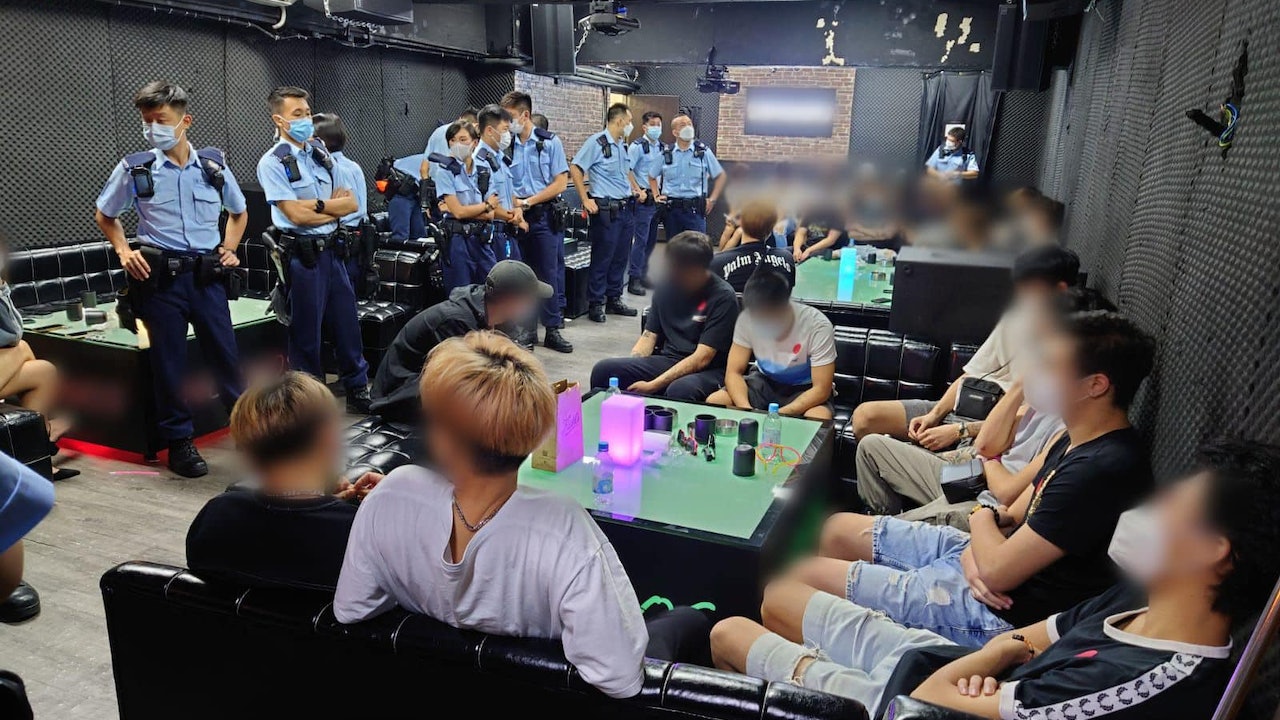 The rumours such as relaxing the 4-person gathering limit are subverted, and the government announces that the current social distancing measures will be extended to 10.5 Infants from 6 months to 3 years old can be vaccinated by Kexing Yang He Beiyin: 2200 injections for infants and young children in the first week 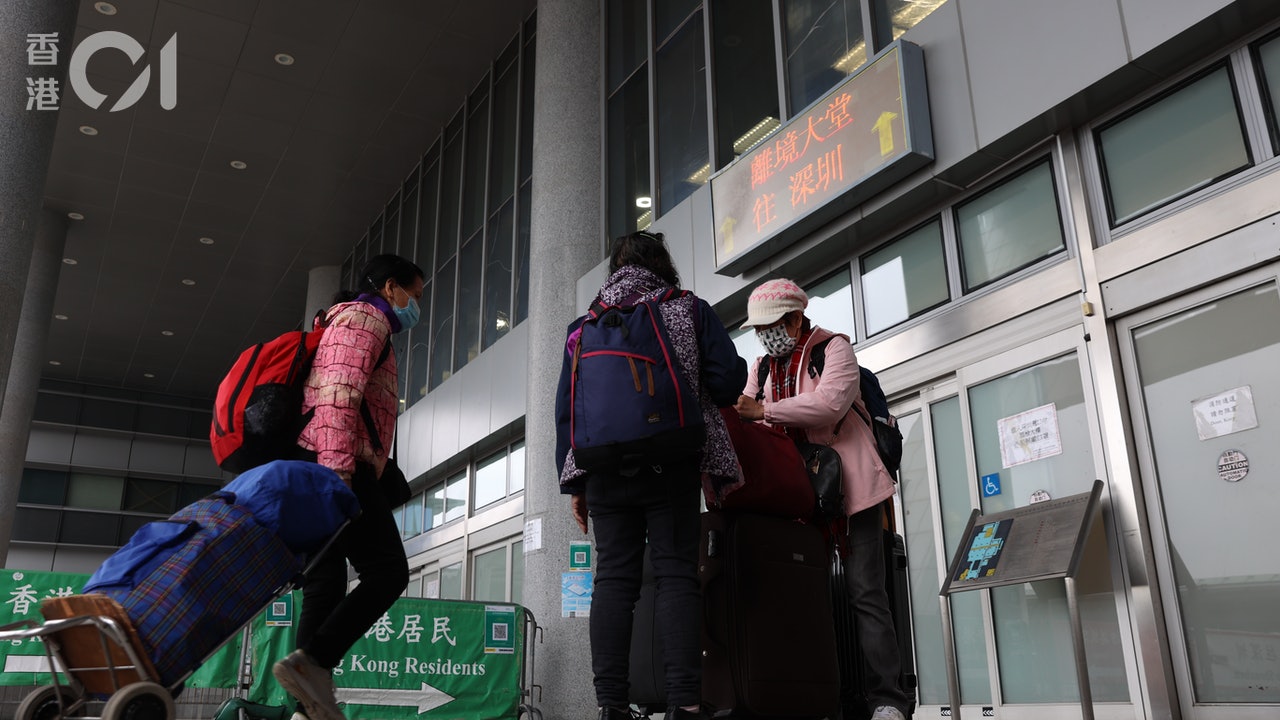 epidemic. Live broadcast︱Confirmed cases in a single day maintain more than 4,000 cases reported by the Centre for Health Protection