Behind the scenes, talk is buzzing about a humane and professional composition that could promote a plea deal in exchange for Netanyahu's retirement • The results of the Likud primaries could disrupt the plans of Sa'ar, Shaked, and even Lieberman and Ben Gvir

Even if the final list was different from the direction indicated by the sample and the estimates at the beginning of the night, the list presented by the Likud at the end of the primaries is the official refresher of the summer, and of the fifth round.

at least for now.

Those who want to see it as proof of all their claims about the Likud that has lost its way and an excuse to hug the Likud of the past - will do so in any case.

But with the addition of the jingles, stickers and election ads - an interesting list is established, which answers several target audiences.

From the beginning, these were elections in which the turnout reflected a mixed and active Likudi area, not the type of extras who are asked to applaud at the right timing.

The Likud audience knows and loves to argue, to flame, to express an opinion, to support and to hate - according to a worldview and without fear - and this week it gave a purposeful display of extraordinary civic participation.

But the result is more important for the Likud, because it conveys an important message about the party's ability to renew itself, even if in moderation.

The popular voice dictated the tone in these elections, and is much more attentive to the Likudi street and the voters' system of expectations from the party.

And this voice had its say: a younger, freer Likud, with a national, liberal and above all governance agenda.

But more than that, there is good news in the list for a large public of Likud supporters, who stayed at home in the last elections

Those who want a fight for the justice system will find it in Ohana, Distal Atbarian, Karai, attorney Tali Gottlieb and many others, who in the past year have formulated a criticism of the justice system and put the demand for legal and structural reforms on the agenda. The list also includes the state faces: Levin, Kish, Danon, Galant, Dichter, Bismuth. Figures with a serious track record, which cannot be dismissed by the typical disdain shown towards the Likud by people like Elkin and Amnon Abramovich.

Up to this moment, no logical explanation has been given for the inclusion of MK Michal Shir in Beish Atid. Is this part of an overall deal, related to Justice Minister Sa'ar's ability to promote his interests, Lapid's and Gantz's as well?

But more than all these, this list has a big statement towards a large public of Likud supporters, who were not enthusiastic about the list in the last elections and stayed at home.

The new list, with some names that carry great public sympathy, can bring the Likudi street to the ballot.

In the Zionist spirit and with a new hope, they can pretend to be indifferent and level-headed, but the list formed in Likud is the scenario they feared there.

Lapid's operational baptism of fire in his new role was successful, even if at this stage no big shifts in the polls are visible as a result.

On the other hand, at the political level, the operation provided the Prime Minister with a variety of new headaches and disrupted his, and also his partners', political strategy.

Anyone who honestly reads the polls, understands that the only possible government for Lapid is through the joint list.

Until recently, Lapid publicly stated that he considered the joint venture a legitimate partner, but in recent weeks, Bish Atid tried to obscure the intention of teaming up with Balad, Tibi and Ofer Kasif.

The military operation, and the accusations by the members of the joint venture that the IDF is committing murder and war crimes in Gaza, make this possibility almost impossible, and at Yesh Atid headquarters, new options are being explored while winking inward, into the Netanyahu bloc. These are not even explorations, but strangely enough, the starting positions more flexible than they were before the operation.

Even in Gantz's sector, with and without connection to the operation, several tokens have fallen that force the Minister of Defense to recalculate a route.

On the eve of the campaign, Gantz, who also understands that there is no government of the left without the joint, met with Ayman Odeh to offer advice on how to increase the voting rates in the Arab sector.

Blue and White also understood that cooperation with the joint venture is a red line in large parts of the Israeli public.

Gantz had a plan B: enter the Prime Minister's office on the votes of the ultra-Orthodox.

The poor performance in the polls since the union with Sa'ar will make Gantz the day after the elections the head of a smaller party than he expected, and with the election of the reformist rabbi Gilad Karib to third place on the labor list, this option is also out of the question.

But unlike Lapid, Gantz has option C - and it is related to Gideon Sa'ar.

This option can be called: the sixth election scenario.

It's no secret that many in the political system expected that a plea deal would distance Netanyahu from the political arena and release the "flounderer" for them, that is, remove the barrier that prevents them - in their opinion - from taking the right by storm, perhaps returning to Likud, and leading the national camp.

Things did not help, and Netanyahu remained in the arena.

This time the feeling is different - that there is a professional vehicle that can push in the direction.

This refers to the legal advisor Gali Beharve-Miara, and her deputy Sharon Afek.

This impression is given in light of the pattern of the Speaker's decisions since she was elected: she allowed the launch of the operation without the oppressive need to convene a cabinet, she gave her blessing to the appointment of a Chief of Staff during a transitional government, and she also prevented the appointment of a new commander for the Gali IDF, while leaving Make the temporary appointment of the Minister of Defense. Also on the issue of contacts with Lebanon regarding the sea border and gas exploration - the ombudsman provides a legal cover for the government.

All of these are professional decisions - but they also have a political dimension, which, if worded carefully, seems to lean slightly in Gantz's favor.

For this reason, there are those in the political system who suggest that the glue connecting Sa'ar and Gantz passes through the counsel's office, and that the scenario of the sixth election is related to the expectation of a legal initiative regarding the "deal" with Netanyahu: retirement in exchange for a plea deal.

For an equal scenario - it is better and even desirable to reach sixth elections.

Is this a realistic or theoretical scenario?

This is where Lapid also enters the story, as I recall he recently recruited Sa'ar's close associate, MK Michal Shir. It was a political gesture, for which a satisfactory explanation has not yet been given. Is this part of an overall package deal related to Sa'ar's ability, Kosher Laws, to promote a legal reality that will serve his, Lapid's and Gantz's political interests together? The IDF butterfly fluttered its wings in Gaza;

The butterfly effect may also be felt in Saladin. 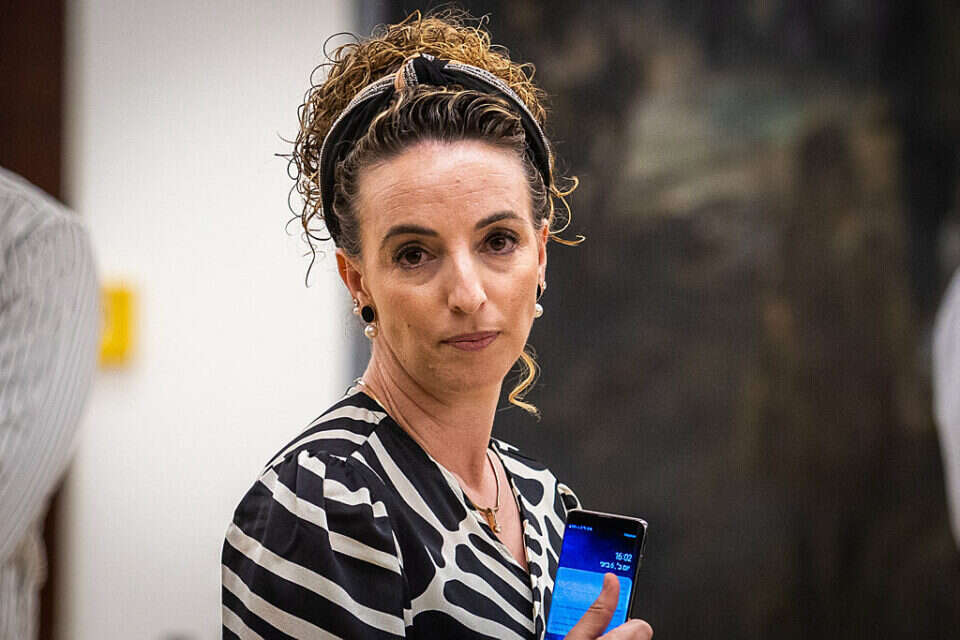 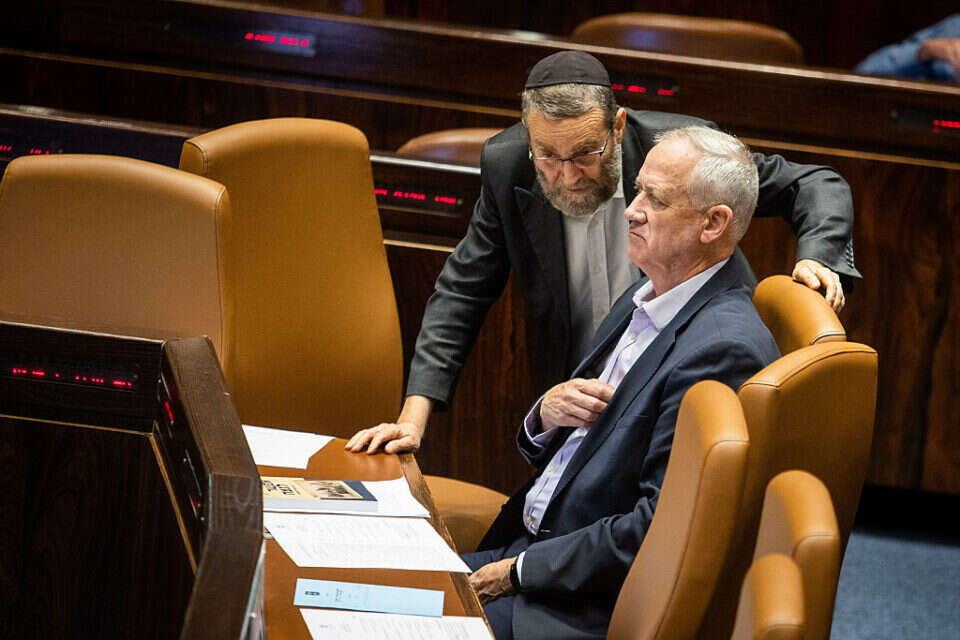 On the right, a yeshiva under Netanyahu is not ruled out: "Everything must be done to get Israel out of the loop" - Walla! news 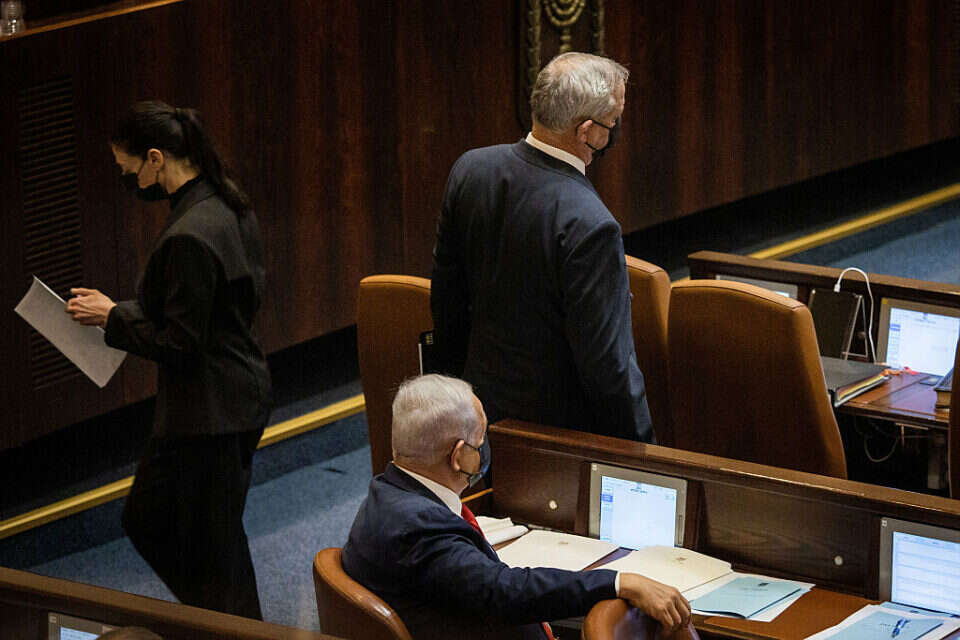 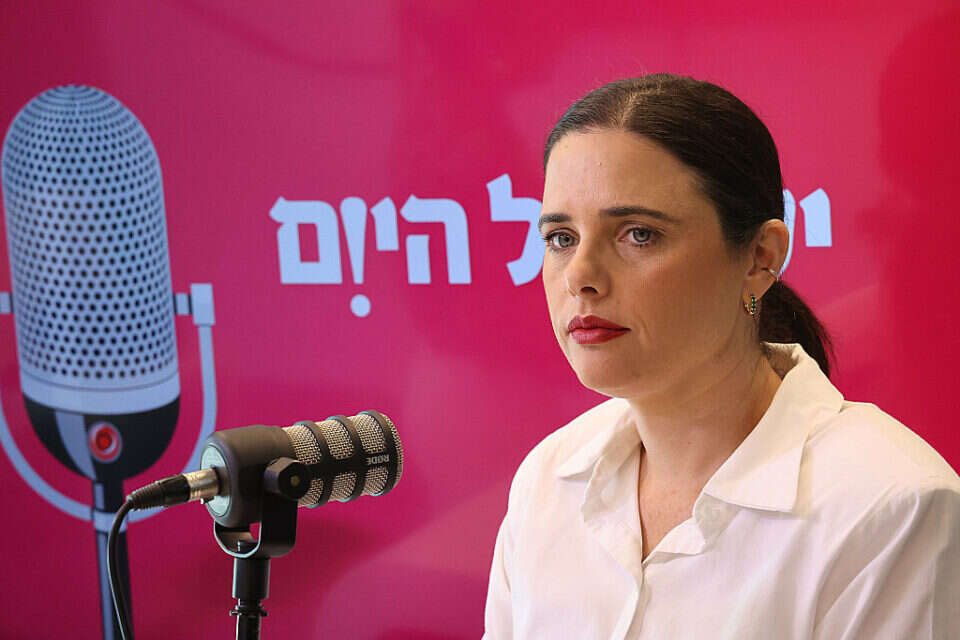 Ayelet Shaked in the "Israel Hayom" studio: "We will not go to sixth elections, we will form a government with a right-wing majority" | Israel today