Mission save Citizens from shipwreck

Some 2,000 supporters and affiliates participate in the process of refounding the party, in which the change of name, color and even leader is debated 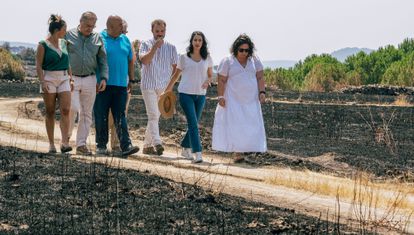 The president of Ciudadanos, Inés Arrimadas (second from the right), accompanied by organic charges from Cs in Castilla y León in the area affected by the forest fire in Cebreros (Ávila), on August 2. RAÚL SANCHIDRIÁN (EFE)

Everything is up in the air.

The change of color, name, program and even the continuity of Inés Arrimadas as president.

Any proposal from the affiliates is going to be analyzed by the commission that is working on the refoundation of a party that for now is still called Ciudadanos.

The main premise is to keep a formation that occupies the liberal space afloat.

In the past, Unión, Progreso y Democracia (UPyD) and the Democratic and Social Center (CDS) also tried.

Just over a month ago, Cs presented to the G-8

the eight components of the team in charge of piloting the renewal process.

And the machinery has not stopped during this summer.

From mid-July to date, two face-to-face meetings with organic positions and one telematic meeting have been held with 500 of the 2,000 supporters registered in the listening process.

The affiliates are now the protagonists of a process that will culminate in January with a conclave where the proposals for change will be endorsed.

“The mother of all battles is to remove the label of the dead.

You have to present a new vehicle”, explains Guillermo Díaz, spokesman for the G-8

There are all kinds of opinions.

But there is unanimity that the liberal space for a party like ours exists”, affirms the Malaga deputy about the spirit that is breathed among the like-minded in the meetings already held.

The main meetings took place in July, on the 16th and 23rd. A hundred organic positions debated the crisis of the formation, which has been chaining electoral debacles for more than a year.

The last one, that of the Andalusian elections.

The feeling, even for Diaz, is that the management should have taken matters into their own hands earlier.

But the decision to refound the party was not adopted until the list of the former vice president of the Junta Juan Marín obtained zero seats in the Andalusian Parliament.

The central headquarters of Cs in Madrid hosted the July meetings.

The charges were divided into several discussion tables depending on the topic to be discussed.

And the conclusions of the talks are being evaluated by the technical team working on the refoundation, led by Arrimadas' chief of staff, David Martínez, who was close to former leader Albert Rivera in the past.

An external consultant also collaborates in the management of the process.

On the sidelines of the meetings, the organic positions received a questionnaire with some 200 questions on programmatic and organic matters, the answers to which are also being analyzed.

The spokesman of the G-8, Guillermo Díaz, in one of the meetings. Citizens

Rafael Burgos, coordinator of Cs in Almería, attended one of the two conclaves.

“There is a commitment from management that everything is put to a vote: leadership, brand, color.

The refoundation is going to be integral and the process is being democratic.

It's the right thing to do,” he notes.

The mayor doubts about the criteria to choose the positions of both meetings.

He was not invited to any of the organic meetings, but his commitment to Ciudadanos remains firm.

Cintero also trusts in the "need to occupy the liberal space."

That is why he has signed up along with 2,000 other members and sympathizers to actively participate in the refoundation.

The first contact with the related took place on Friday, August 5, in a meeting for which it was only necessary to register.

Dimas Grajera, in charge of organization, mobilization and militancy within the G-8, chaired a telematic meeting that brought together 500 members for three and a half hours.

Guillermo Díaz, spokesman for the G-8, highlights the "high participation" in the middle of the holidays.

"What our bases tell us is very important," the deputy emphasizes.

He acknowledges, however, that the management is aware of having acted against the militancy in the past.

Thank you all for this digital meeting as rewarding as it is overwhelmed by the desire to participate -we continue, there is a future and in the next one we will work to better optimize your contributions in @Refundacion_Lib-.

Apologies that it has spread, but it has been very positive.

social policies and the environment, and Europe and foreign affairs—to channel the proposals of the 2,000 registered members.

At the meeting on August 5, the groups were organized and the 150 volunteers who will lead these groups in 14 geographical areas were chosen.

Cintero is one of them.

“In the meeting it was perceived that the name is going to change.

There is talk of making a new project, not just changing its face, ”adds the councilor from Jaén.

But Díaz clarifies that, although the name change —and the color change— is on the table, there is nothing definitive.

And it will also depend on the analysis made by another external consultant that will enter the process in the fall.

In the remainder of August and in September, more meetings will be convened with the registered affiliates to get fully into the matter.

And it will be next month when the G-8 launches the "first new ideas" of the refoundation as a result of the listening process.

"We need to refresh, renew and reconnect with very brave proposals," says Díaz.

In any case, all the draft changes will be voted on and approved in what is seen as a decisive congress in January.

Until then, at least, the current directive will continue to lead. 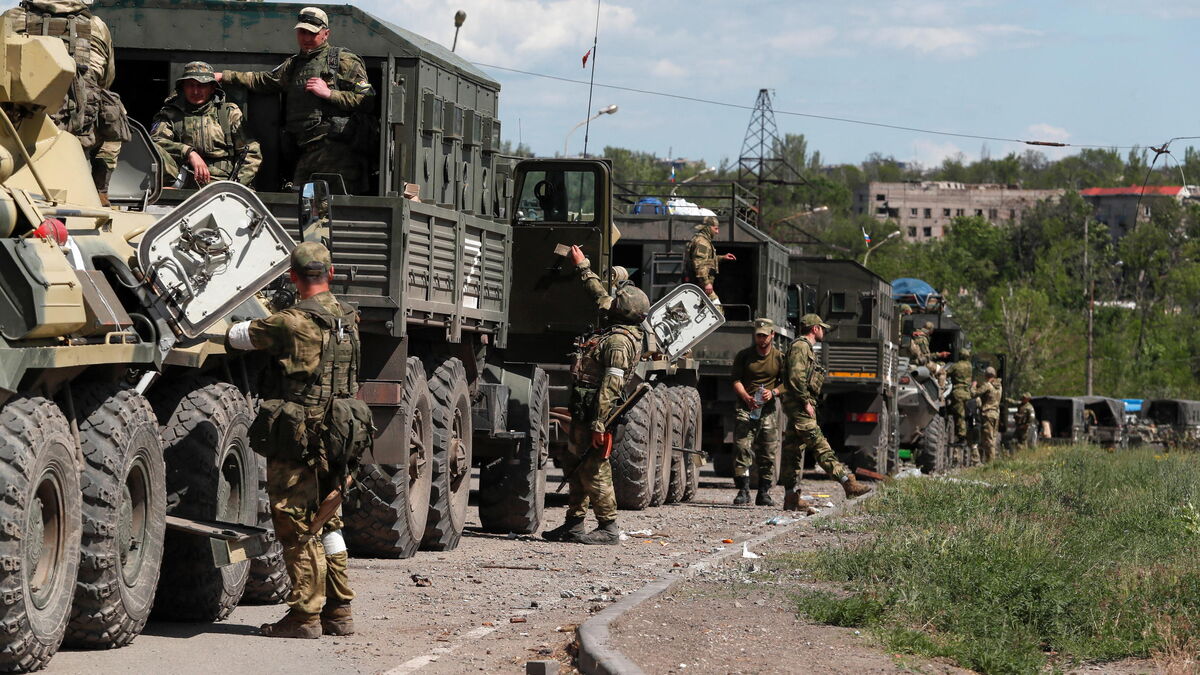 War in Ukraine: evacuation in Azovstal, revelations about the Mosvka… Update on the 83rd day of the fighting 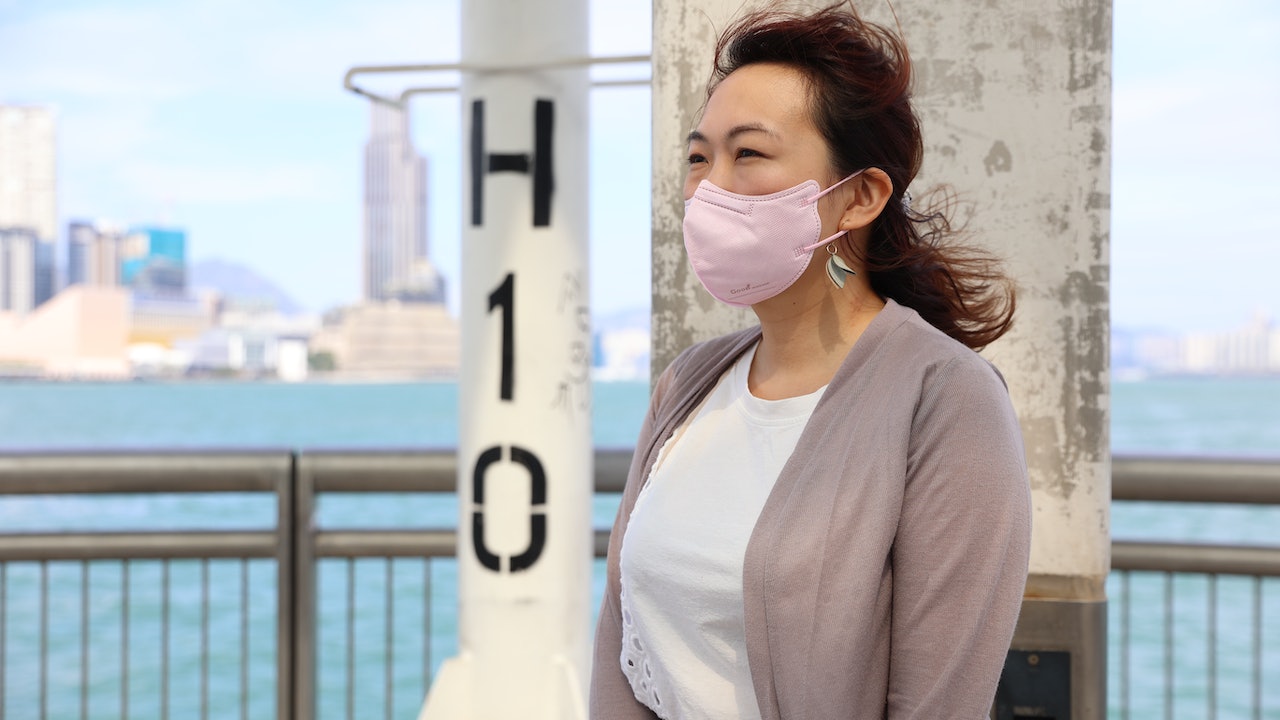 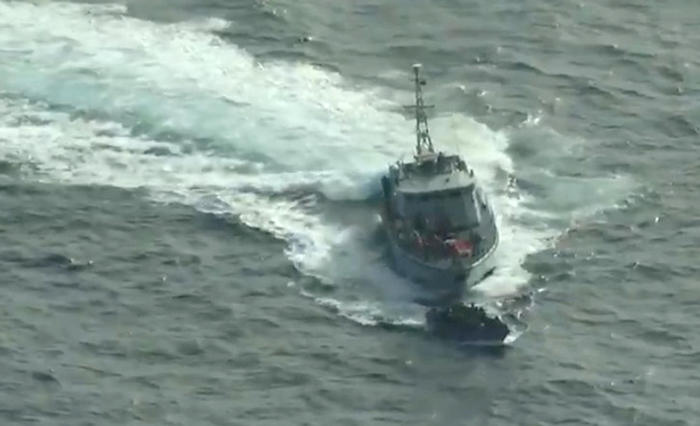 Migrants, shipwreck in Libya with 4 dead and 3 missing 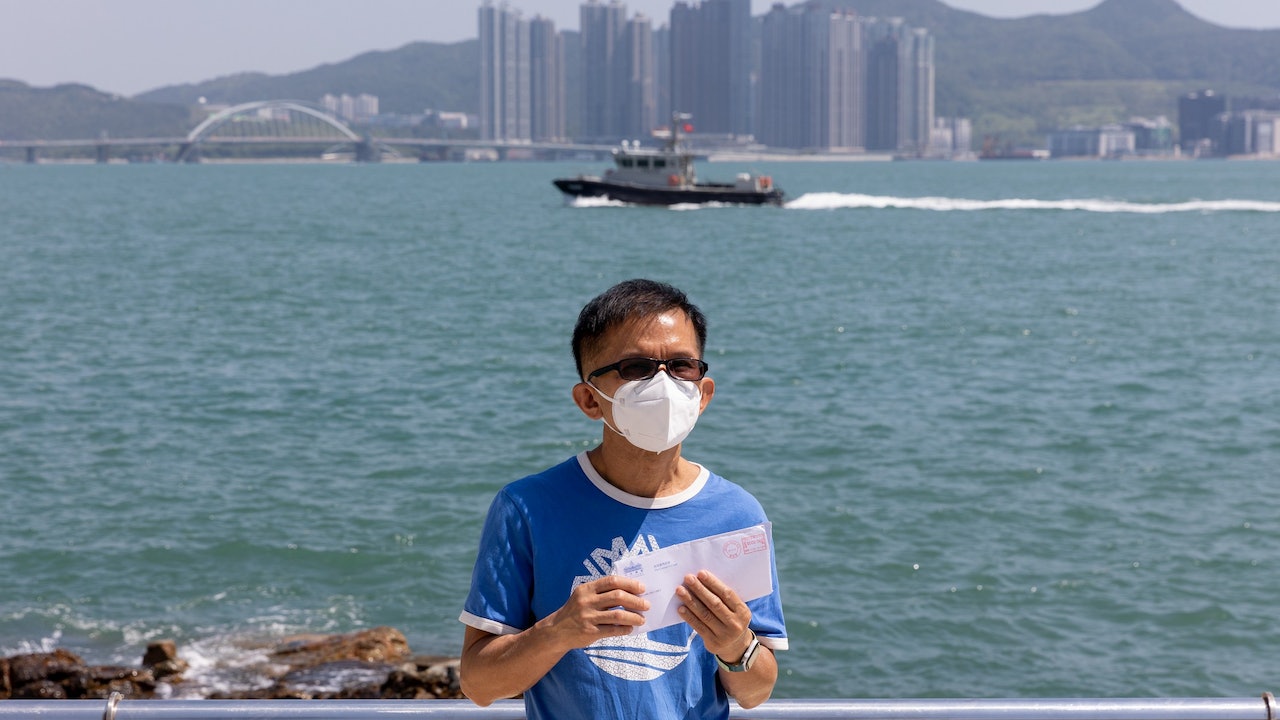 Lamma Shipwreck Ten Years | Survivor Zhao Bingquan seeks the truth for her deceased sister: I am still very sad at this moment 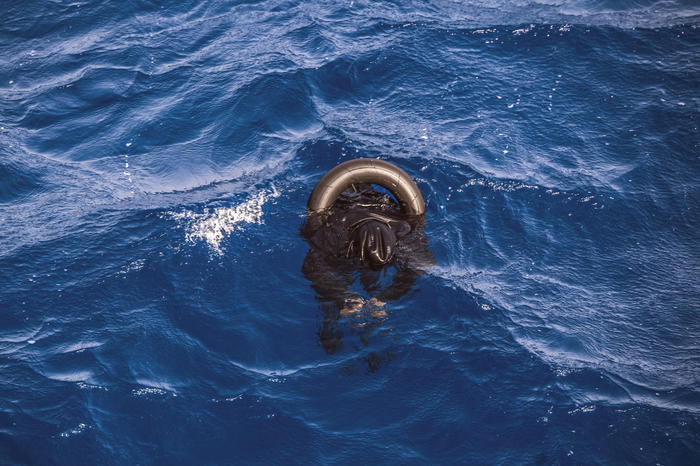 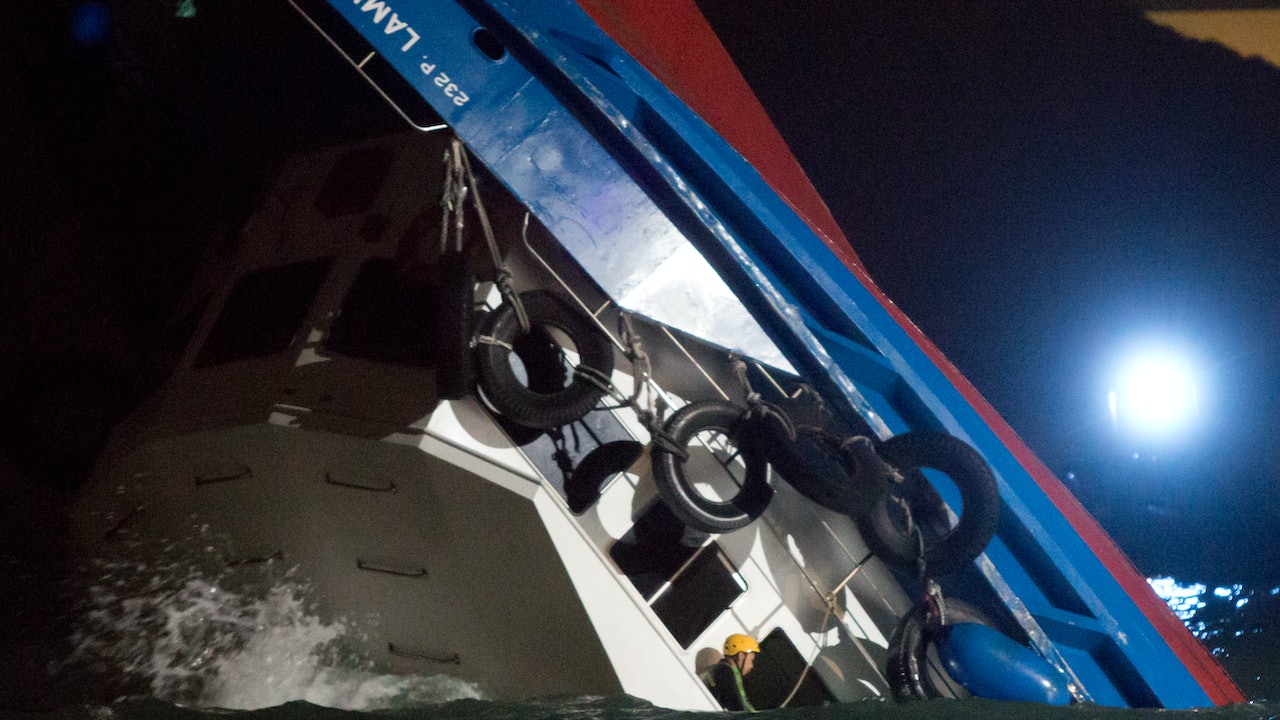 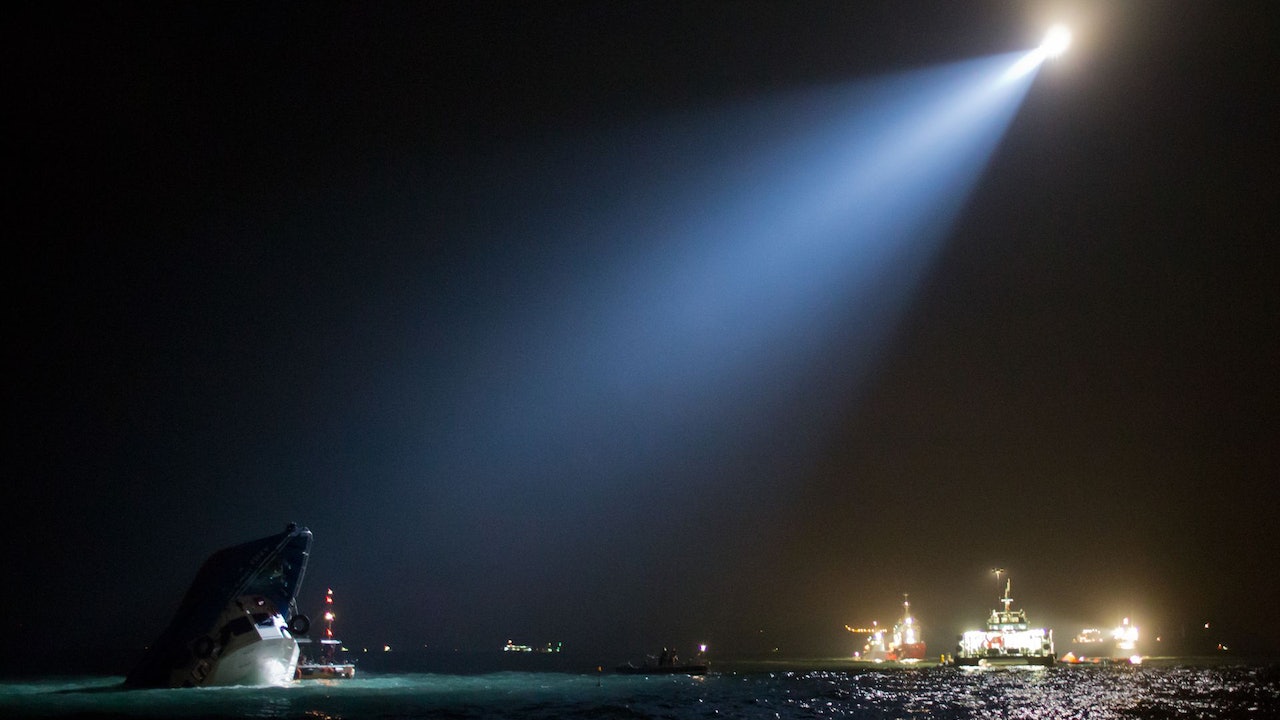 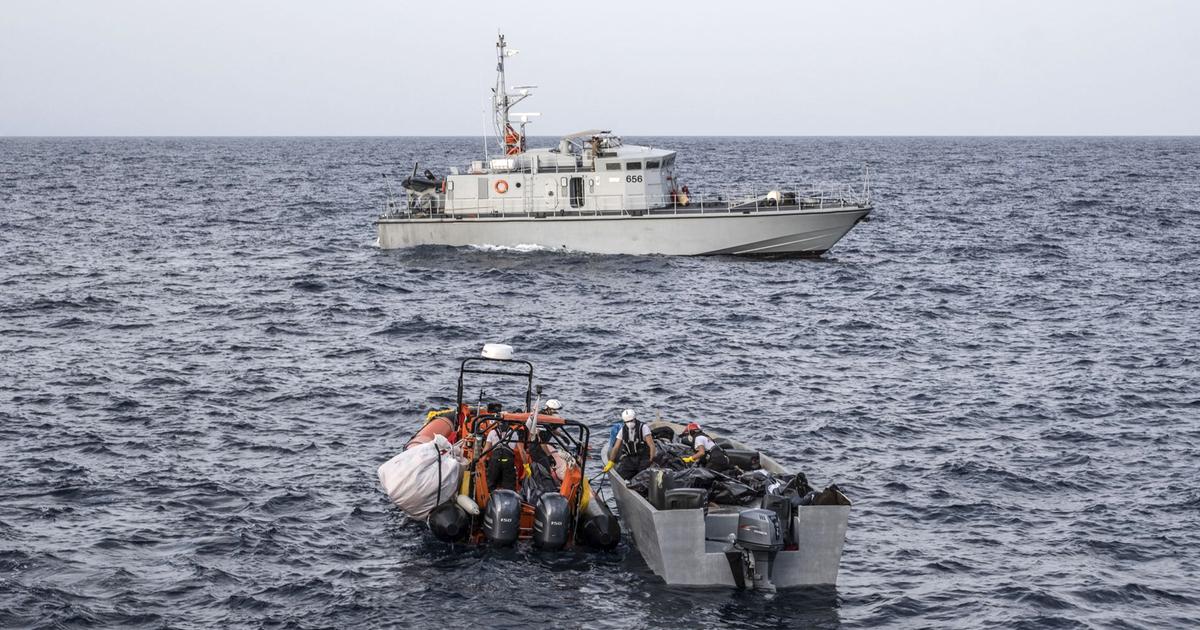 Shipwreck in the Mediterranean: a pregnant woman dies and 22 missing, according to MSF