Sahra Wagenknecht describes the German Ukraine negotiations on IPPEN.MEDIA's Merkur.de as a "tragedy". This is also due to Annalena Baerbock. 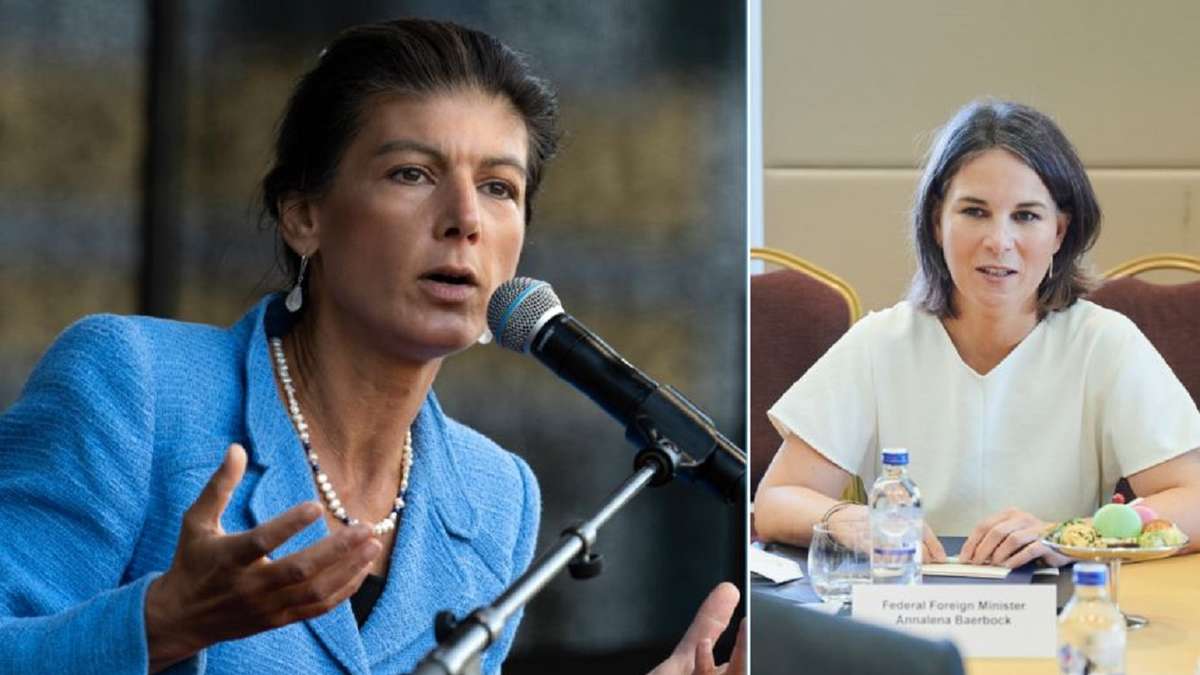 Sahra Wagenknecht describes the German Ukraine negotiations on IPPEN.MEDIA's Merkur.de as a "tragedy".

This is also due to Annalena Baerbock.

Munich/Berlin – At the moment it doesn't look like Russia and Ukraine will sit down at the negotiating table and decide on a diplomatic end to the war.

For left-wing politician Sahra Wagenknecht, however, the diplomatic route is the only way to stop the war.

"Anyone who wants this increasingly brutal war to come to an end must abandon military logic and seek a diplomatic solution."

The most recent negotiations on grain exports have shown that a solution far away from the military route is possible.

According to Wagenknecht, however, German politicians failed to be present in these negotiations.

"It is a tragedy that the federal government is leaving the initiative to Turkish President Erdogan, while the German foreign minister is constantly adding fuel to the fire with undiplomatic statements."

Erdogan made the grain deal possible in a kind of mediating role with the United Nations, German Foreign Minister Annalena Baerbock was not really involved.

Wagenknecht is particularly bothered by the rhetoric of the Green politician.

According to Baerbock, diplomacy does not mean “just exchanging platitudes”.

And so she criticized her Turkish counterpart Mevlut Cavusoglu at a joint press conference.

Cavusoglu picked up the ball and hit it back as well.

People in Ankara were not used to the new German diplomacy.

With regard to Russia, the foreign minister, who is popular in the polls, emphasizes that a diplomatic mission is hardly possible anymore.

Wagenknecht favors a different Ukraine policy than the federal government around Baerbock.

The former deputy party leader regularly campaigns for an end to sanctions against Russia and also speaks to our editorial team about an "economic war against Russia".

This economic war would "cause serious damage to our industry and lead to the loss of many jobs and increasing poverty, while Russian government revenues are actually growing due to the soaring price of raw materials".

The fact that the federal government chose the path of sanctions against Russia was "nonsensical and irresponsible".

The Left in the Ukraine War

At the Left Party Congress at the end of June, a leading motion was passed condemning the Ukraine war and accusing Moscow of “imperialist policies”.

The Wagenknecht camp had failed in its attempt to have this term deleted and to defuse the application as a whole with a view to Russia.

Because left-wing politicians such as Wagenknecht or ex-party leader Klaus Ernst repeatedly criticize Germany's Ukraine policy, including with regard to Russia, Linken managing director Tobias Bank warned to exercise restraint.

He expects party colleagues "to respect the decisions of the federal party congress and to refrain from contradicting statements".

When asked about the criticism by Linke managing director Tobias Bank of individual statements by Wagenknecht, the former European politician says that she condemns "Russia's war of aggression against Ukraine, which violates international law".

"On this point there are no differences in the left." However, it is important to also talk about the history, background and "shared responsibility of the West, especially the USA".

"The fact that there is no justification for this war does not mean that it was unavoidable."

Wagenknecht speaks of the eastward expansion of NATO, which Moscow would have perceived as "a humiliation and a threat to Russian security interests".

"Many Western diplomats have pointed this out again and again." The integration of Ukraine into NATO's military structures has repeatedly been referred to as a "red line" that the Kremlin is closely monitoring if it is crossed.

"Regardless of whether one finds this repeatedly formulated Russian point of view understandable or not, it would have been wise to take it into account, since peace requires considering the interests of all sides."

In parts of the left, NATO and especially the USA are seen as partly responsible for the escalation in the Ukraine conflict.

For the newly elected co-party leader Martin Schirdewan, Kremlin leader Vladimir Putin bears the "sole responsibility" for this war, as he said in the ARD summer interview on Sunday.

“Of course, every conflict in human history has a history.

But no history in any way justifies a regime deciding to brutally kill thousands of civilians.

There is no justification for that.” 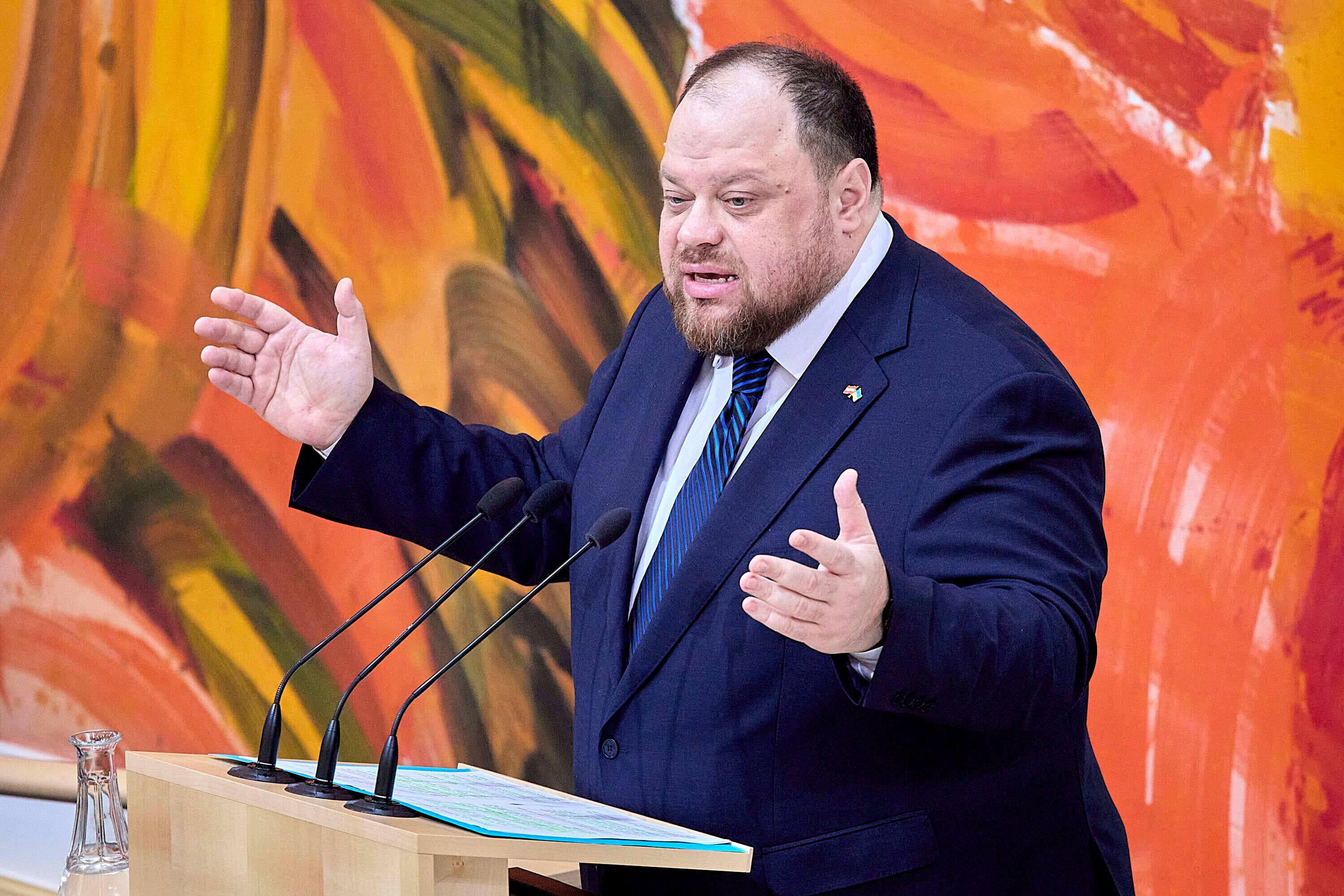 The Embassy of Peru urges its country to investigate the hiring of lifeguards in swimming pools and beaches in Spain
2022-10-05T20:38:23.394Z

Analysis of the presidential elections in Brazil: the polls underestimated the support for Bolsonaro
2022-10-05T20:32:17.133Z

Russia expresses concern over attempts to hold the Geneva discussions hostage to events in other regions
2022-10-05T20:08:41.702Z