Capitalism, racism and misogyny: the horror factory Blumhouse clings to real fears in its jump to television

The production company responsible for film sagas such as 'Paranormal Activity' and 'The Purge' resorts to everyday horrors in documentary series in its television conquest. In 2022 he has released 'The worst roommate imaginable' on Netflix and 'The anarchists' on HBO Max 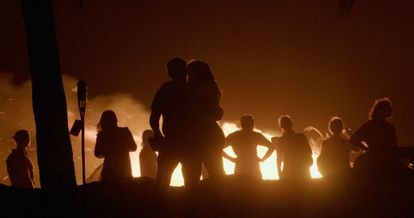 Blumhouse, the company of the visionary Jason Blum, is undoubtedly a hallmark of quality in today's horror film.

have his production, demonstrating his absolute dominance in the genre and its ramifications.

In many of them the evils of today's world sneak in as the purest form of terror: capitalism, racial and gender conflicts.

These are themes that he also transfers to his television model, with a handful of new projects that feed the platforms' catalogs in 2022.

Recently, Blumhouse has decided to combine its television and film physical production groups into one centralized department.

In this way, you'll share resources and bring your TV premieres to a higher standard of quality without abandoning the famous model that has led to success in cinema: creating visually compelling stories with micro-budgets.

"Broadcasting on on-demand content platforms allows us to give more nuance to what we tell," Blum himself, awarded these days at the Locarno film festival for his work in production, told this newspaper in 2020.

But, he clarified, it does not mean that Blumhouse wants to resort to the same narratives in both media, even if he tells similar stories.

In its stories designed for

, the company focuses especially on serial documentaries and real events.

In March, the production company slipped into the most watched of Netflix, resorting to a universal concept with

They are not stories of people who leave the dishes without washing;

his behavior has ended in the event pages.

The series is inspired by an article

from which it takes its name and which narrates the life and death of Jamison Bachman, a serial stalker.

His victims were always women in their thirties who rented a room in his houses.

He, a 60-year-old man who appeared almost two decades younger, would become his tenant and almost immediately stop paying rent, break into their homes, and subject them to constant threat and nightmare.

But the series, which often uses animation for its recreations, tells other stories in this first season.

Dorothea Puente was a serial killer disguised as an old woman who offered her house to people at risk of poverty, then killed and buried them in her own garden.

And the handsome and charismatic athlete Youssef Khater is actually an international swindler who is still at large, although he was unmasked while living in a youth hostel in Santiago, Chile, where he buried a woman alive.

narrates for HBO Max over six episodes the true story of Anarchapulco, the surrealist libertarian movement that charged its members between 500 and 1,000 dollars to attend a congress with which to confront capitalism from a hotel located in the epicenter of tourism in Mexico.

At the forefront of this parade of bizarre characters is the Canadian Jeff Berwick, businessman, libertarian and anarcho-capitalist activist, who brings together certain characters who have the common idea of ​​being anti-system.

But what starts out as a hopeful experiment in living a radical new way of life turns out to be more challenging and dangerous than anyone could have expected.

As delirious as this story is linked to

and the burning of books, which ended with a murder and a suicide, the series serves as a reflection (and alert) of what is happening in a part of world society.

Before these two projects, the company had already produced a true crime

But in recent years, he has also been transferring the universe of his own that he has created on the big screen to

In 2019, it did so precisely by adapting one of its franchises,

, in two seasons of 10 episodes each that can be seen on Amazon Prime Video.

A year earlier, he had created the horror anthology

for the US platform Hulu.

The collective madness, in a book burning, portrayed in 'The Anarchists', by HBO Max.HBO

In the field of fiction, it is already preparing, also for Amazon Prime Video

, The Horror of Dolores Roach

, the adaptation of the homonymous fictional

launched by Spotify in 2018, under the sound production of the prestigious Gimlet Media.

This story of cannibalism, in the social and literal sense of the term, will have Justina Machado (actress seen in

playing a woman who, after spending 15 years in jail, returns to her highly gentrified Washington Heights neighborhood with barely $200 in her pocket.

There she only finds the help of an old friend of hers, who offers her her house to sleep in and to set up a small massage business in her basement with which she can start over.

When an usher turned private eye played by singer Cyndi Lauper begins to complicate her life, she decides she'll do anything to protect her new life.

"This is a modern horror story with a black humor twist that makes it a very special story," they defined from Blumhouse Television at the time of announcing the project, last February.

Capitalism, racism and misogyny: the horror factory Blumhouse clings to real fears in its jump to television 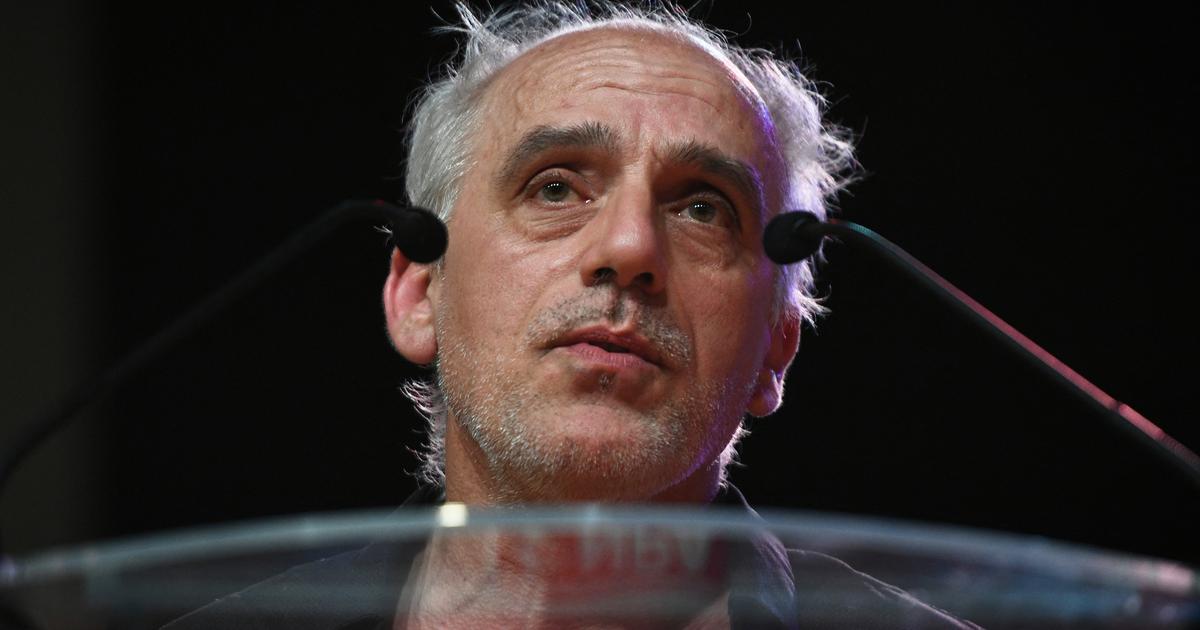 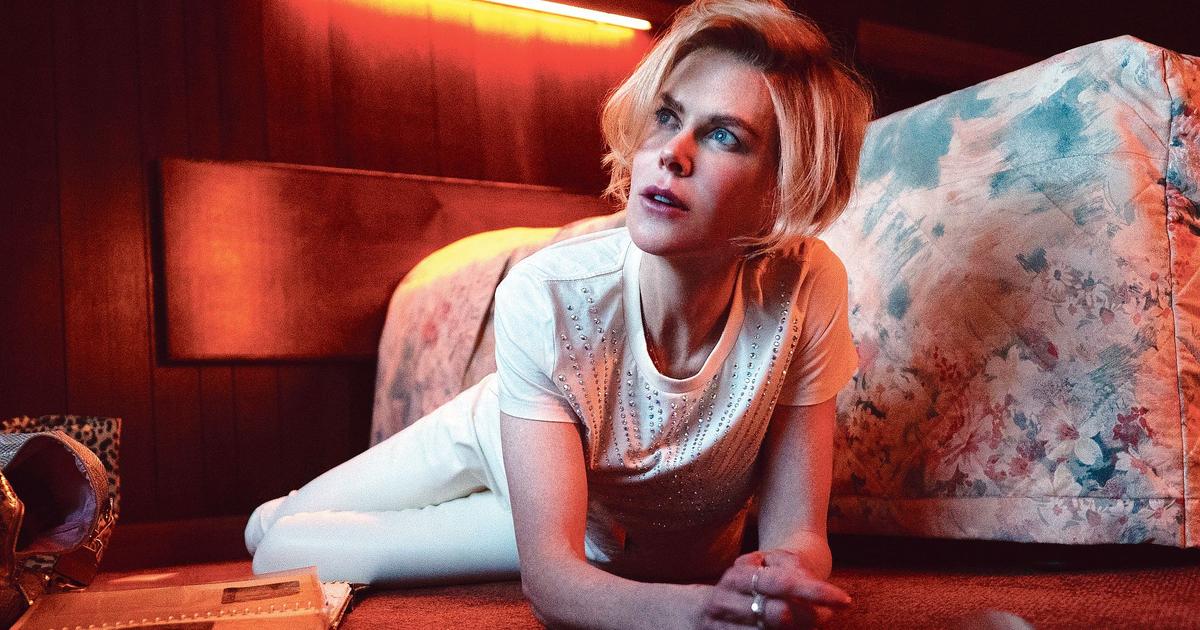 Our review of Roar: Eight Feminist Fables on Apple TV+ 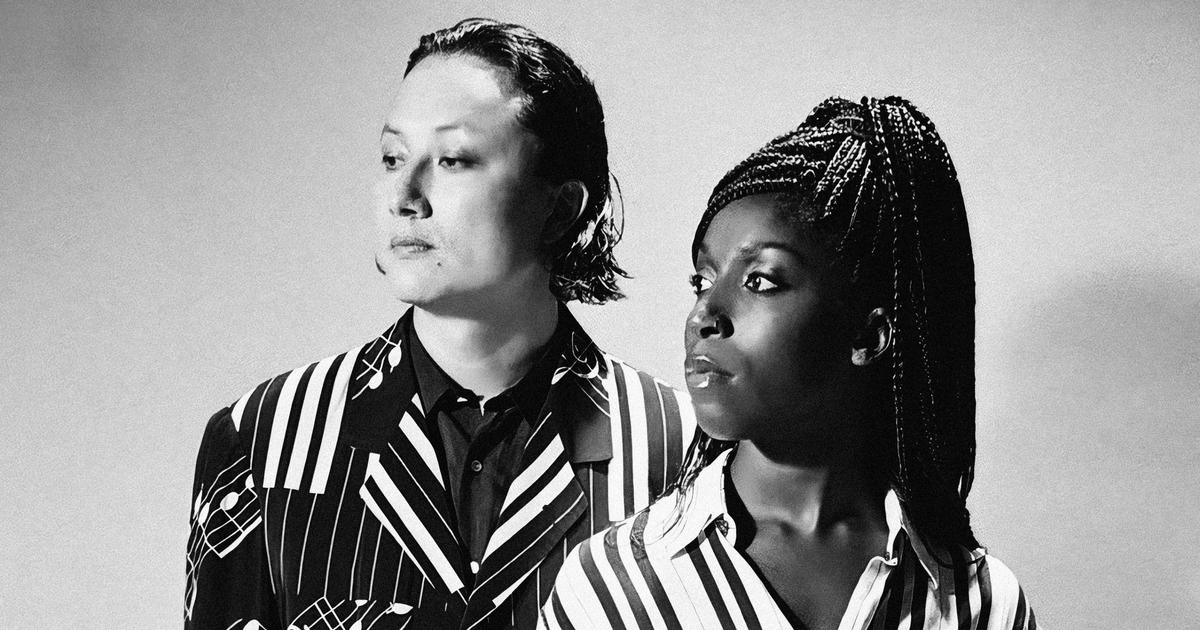 Charlotte Adigéry and Bolis Pupul, this eclectic Belgian duo that is shaking up the electro-pop scene 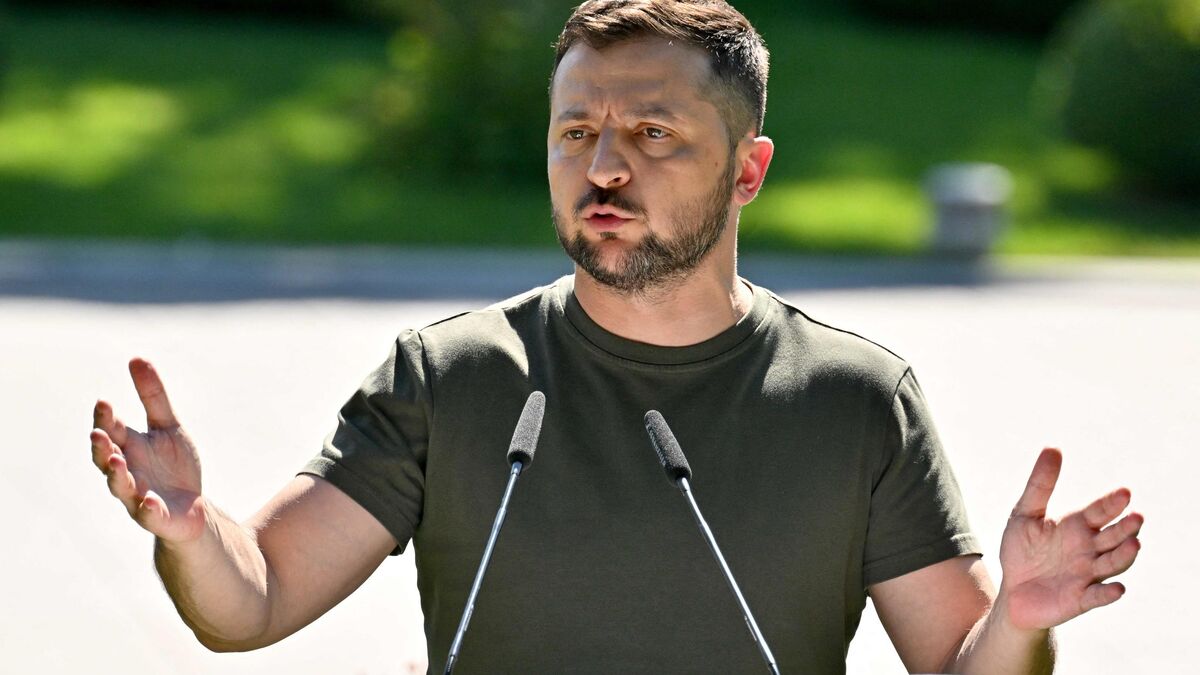 War in Ukraine: "Please evacuate", Zelensky's appeal to the inhabitants of the Donetsk region 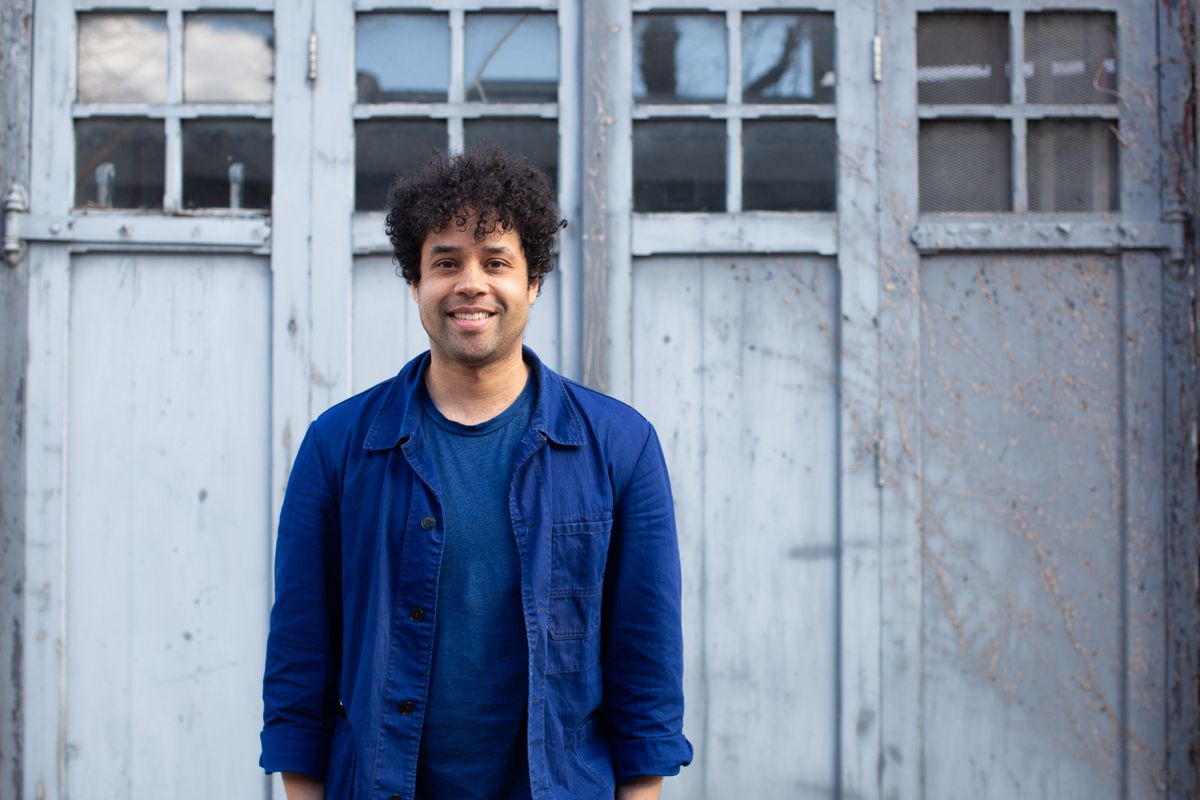 Johny Pitts: “When people get poor, they always look for scapegoats” 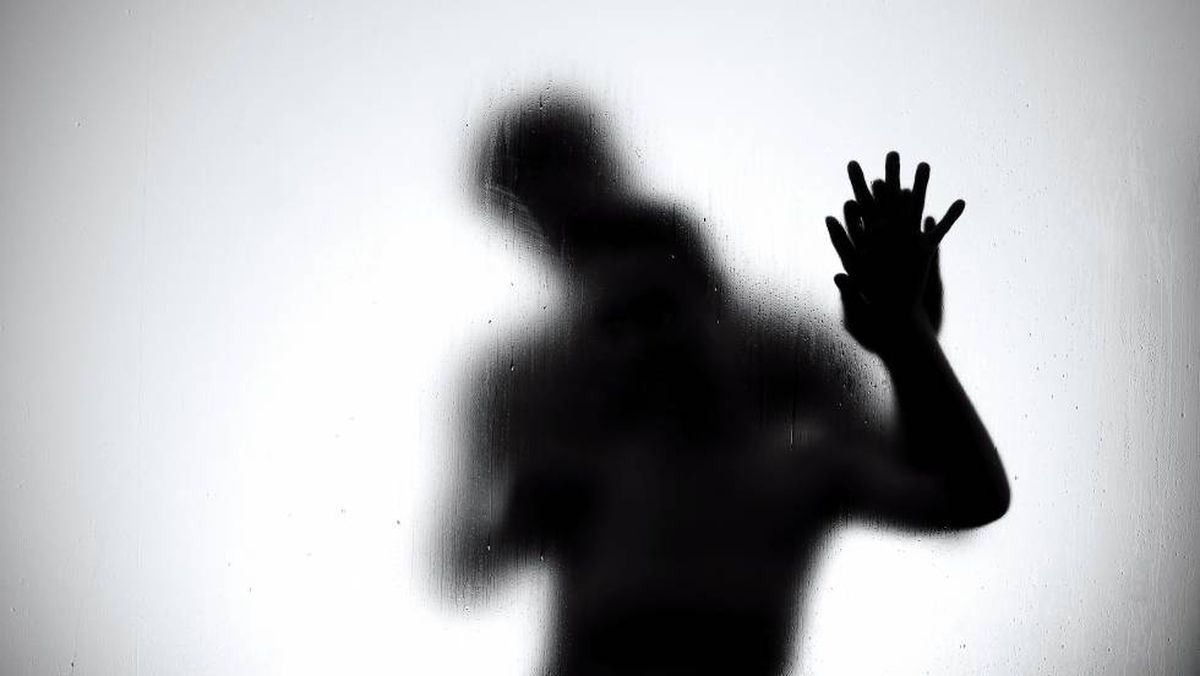 The best sex of your life

You made a promise and therefore you will keep it: Beitar Jerusalem will fight the crowd's behavior? - Voila! Sport