Freedom is in full swing, and some of the bored youth seek refuge in drugs and alcohol: "There is violence" - voila! news

The police report a sharp increase in the use of alcohol and soft drugs among teenagers. Many of them are not harmful and mainly seek adventure, but others disturb the neighbors, riot and are involved in violent incidents. "When there is nothing to do in the morning, you sit all night" | "On the irons 2022", a special project

Freedom is in full swing, and some of the bored youth seek refuge in drugs and alcohol: "There is violence"

The police report a sharp increase in the use of alcohol and soft drugs among teenagers.

Many of them are not harmful and mainly seek adventure, but others disturb the neighbors, riot and are involved in violent incidents.

"When there is nothing to do in the morning, you sit all night" |

The youth spend time with alcohol in the parks (Photo: Reuven Castro)

Many of the youth spend the holidays hanging out in parks, beaches and public gardens.

According to police data, during the holiday period there is a sharp increase in the use of alcohol and soft drugs among the youth.

More than once, the sites where this activity takes place are the parks.

Not all young people view this phenomenon favorably.

"We walk around the city during the holidays, and at night we sometimes go to the beaches. We don't drink alcohol, but there are cases like this," one of the boys tells Wala.

A young man from another city described what happens in the parks: "Most of the youth who come to hang out there are good young people who meet with friends. But there are other things as well."

According to him: "There are those who come to the park in the city with alcohol and drugs, party and make a mess. Many times they call the police, because they fight with people and disturb the neighbors. There is a lot of violence in the parks. It mostly happens on vacation, when the guys have nothing to do, so they go out Spend time in parks and stay there almost all night.

Many cases were opened following the sale of alcohol to teenagers (Photo: Reuven Castro)

"We see an increase during the holiday in the use of alcohol and drugs," said Inspector Yonatan Daskalo, a youth officer at the Be'er Sheva station.

The police perform many activities to prevent these phenomena.

In Be'er Sheva, the police work in the public parks together with the municipality and with parent patrols."

According to Daskalo, "In our covert and overt activities, we see the youth approaching businesses and purchasing alcohol.

Every day we have two teams that during the night patrol Beer Sheva and the parks and deal only with teenagers.

They sit with them and hold informative talks about alcohol and drugs."

According to him, the police also carry out activities against the business owners who sell alcohol to teenagers, and against people who buy alcohol for them. "We are fighting against it.

Since the beginning of the year, there have been many cases opened as a result of this." However, Descalo says: "There are also boys who come and sit to have fun and play.

Not everyone comes to cause problems."

Try not to do nonsense

In the municipality of Ashkelon, for example, they decided to open a youth center, to prevent these phenomena and improve the freedom experiences of the young people.

At the center, the youth can play computer games and there are activities as a substitute for wandering around the city.

"It's a bit boring," said a student from Ashkelon, "there's not much to do except play on the computer."

Another boy admitted that some of his and his friends' activities include the use of alcohol.

"We go out to parties, we also like to go to parks and drink a little, all friends together," he said.

"We try not to do nonsense. Sometimes there are groups that are a bit large, it throws a word at it. Nothing serious. We bring some alcohol, listen to music on the box and sometimes sit until the morning, when there is nothing to do the next day."

Freedom is in full swing, and some of the bored youth seek refuge in drugs and alcohol: "There is violence" - voila! news

Without any horizon: the youth in Arab society become easy prey for criminals - voila! news

They are pouring into Jerusalem: the ultra-Orthodox boys at risk are desperate for help, the welfare agencies are collapsing under the load - voila! news

They used to be a rare sight. Today even 10-year-olds are "youth at risk" - voila! news 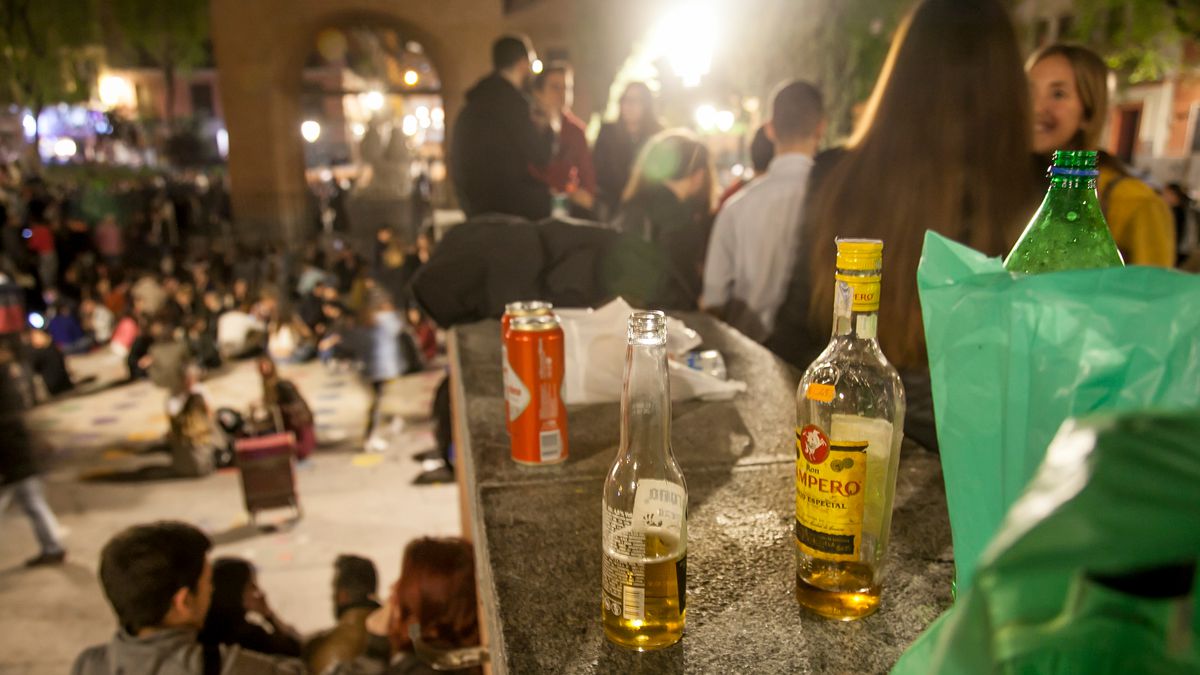 When drinking alcohol stops being fun and becomes a problem

Rarely: An appeal was filed against the closure of the case against Eyal Golan - Walla! news

The backyard of the education system: about 21,000 teenagers outside the framework - Walla! news

This is why many people need coffee with their morning cigarette - voila! health