The federal government is keeping one gas pipeline closed while at the same time begging Putin for more to flow through the other. This is unworthy, contradictory and only benefits the Kremlin. 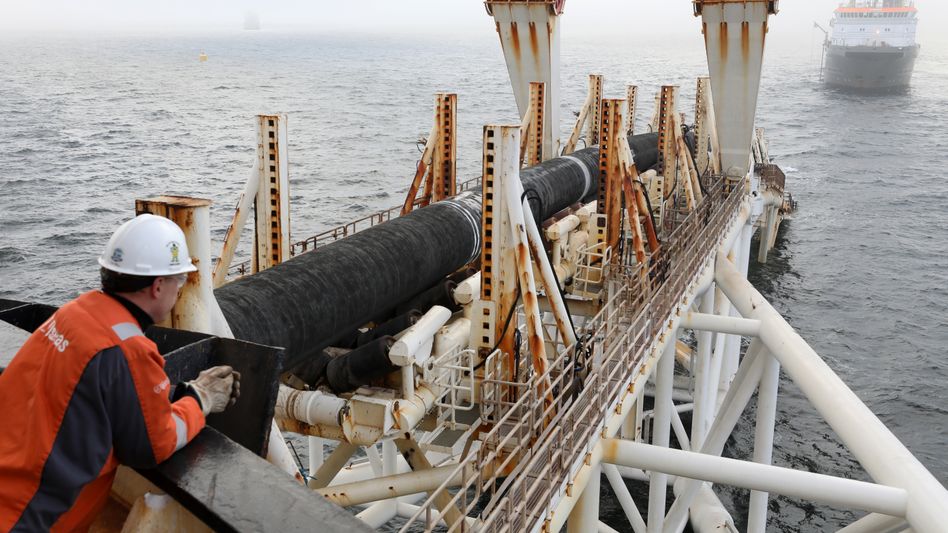 Who is still in favor of opening Nord Stream 2?

Gerhard Schröder and Vladimir Putin are there, of course.

Of course, the Chrupallas and Wagenknechts at the fool's hem of the republic: They would like to lick Putin's boots right away.

It's all fairly transparent and therefore doesn't really matter, but is that the end of the matter?

Because what happens when the next winter is hard and the gas ends up being scarce, and one morning Vladimir Putin says: »Nord Stream 1 is unfortunately completely broken now, but you can have gas from Nord Stream 2«?

A shameless lie that would be, no question, a nefarious villain.

But that alone would not relieve the federal government of the need to react.

According to a Forsa survey, 66 percent of Germans would already have no problems with the gas from Nord Stream 2 even now, in midsummer. And they also know in the Chancellery: In the event of an acute bottleneck, Russian gas should be rejected just because it came from the “wrong” pipeline come - it will be very difficult.

Nevertheless, a government spokesman recently said that Nord Stream 2 would definitely remain closed, and that the Chancellor “rules out” a change of heart.

But is that wise?

Contractually agreed is the sanction-free procurement of a much larger amount of gas than is currently flowing (through Nord Stream 1).

If more Russian gas came out of Nord Stream 1 than now, we would take it for granted.

It is not for nothing that the Federal Chancellor stands in front of a Siemens turbine and urges its use in order to increase the delivery quantities that Russia is culpably reduced.

Should the Chancellor bring more Russian gas into the local storage facilities in this way, he would have prevailed.

But if it flowed from Nord Stream 2 into the same storage facilities, should Putin have prevailed instead?

The sanctions against Nord Stream 2 were originally intended to reduce Putin's gas sales, but apparently not to the current, very low level.

Because otherwise Germany would not be allowed to ask for more of it and also take it.

Furthermore, the long-demanded sanctions should prevent Germany's dependence on Russian gas from growing any further.

As much as this point was justified to the disgrace of German politics (and many media), it has since been settled.

You can't end a 55 percent dependency on Russian gas imports overnight, but Germany is demonstrably wanting to get away from Russian gas as quickly as possible and has already reduced dependency by around 20 percentage points.

So can it still be said that opening Nord Stream 2 if necessary goes against the spirit of the sanctions?

Russia's war against Ukraine: Schröder believes a "negotiated solution" with the Kremlin is possible

The argument remains that one should not give in to Putin's political blackmail.

The West must remain firm, keep the second tube closed, because otherwise you would lose all moral credibility.

Nord Stream 2 open, that would be a "triumph" for Putin, they say.

Alone: ​​In my opinion, it is not the choice of the tube that is morally reprehensible, but buying Russian gas at all and filling Putin's war chest.

The "blackmail" in the choice of tubes is a framing that resulted from a long-discontinued constellation, when the opening of Nord Stream 2 would have meant increasing Russian gas imports even further.

There can be no more talk of that.

when you're weak at what's important?

The true goal will only be reached when we stop importing any significant amount of Russian gas.

The goal will not be achieved if we block one pipeline while begging for more to flow through the other.

This is undignified, contradictory and useless.

Once again: If the veto on Nord Stream 2 accelerates the complete ban on imports of Russian gas, I'll be there with no ifs or buts.

But that's not the case.

Instead, even with a temporary opening, it would be possible to ensure and guarantee all skeptics that the maximum speed in moving away from fossil fuels from Russia would be maintained.

The alternative supply system would have to continue to be crammed through like the 26-kilometer pipeline to the liquid gas terminal in Wilhelmshaven - even if the German Environmental Aid were to complain about copulating porpoise pairs.

The question is: What would be lost if the German government turned the tables and relaxed now on Nord Stream 2 - publicly and without waiting for the moment that Putin maliciously chooses for us?

Answer: The federal government would succeed in a meaningful straightening of the front in the economic war with Russia.

It would potentially bring more gas supplies to 19 million homes and countless businesses that they wanted and agreed upon.

Above all, however, Putin would be deprived of a lever with which he hopes to propel us through the winter.

And all thanks to one thought: gas is gas. 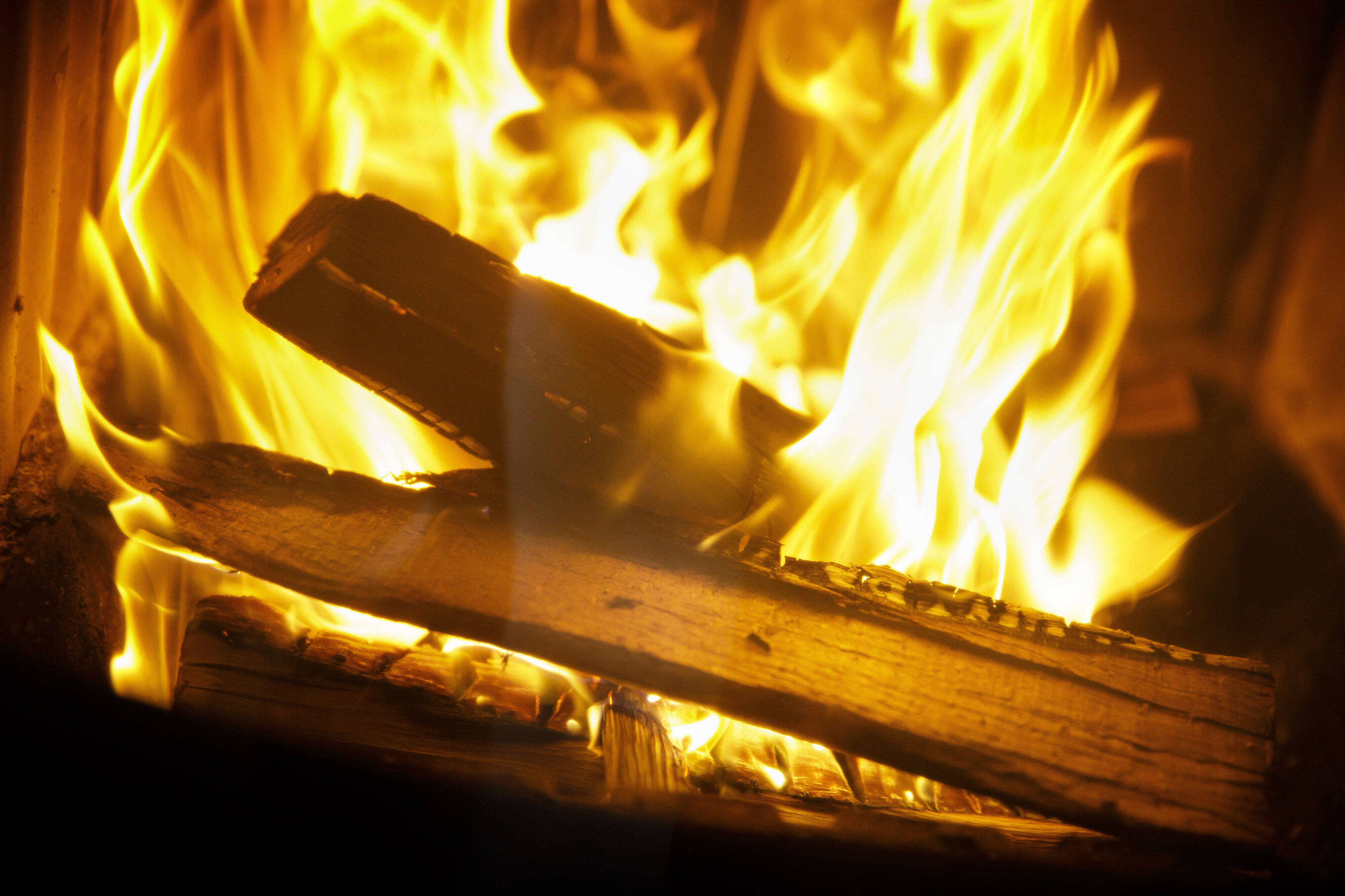 "Absolutely sensible": Nobel Prize winner advocates fracking and nuclear power instead of gas - with one caveat 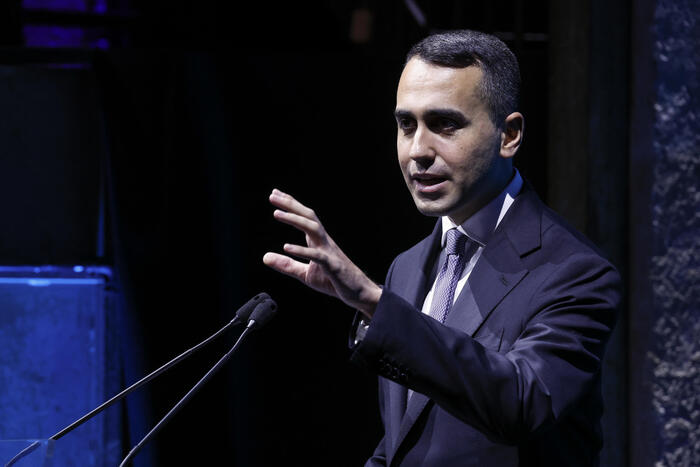 Di Maio: "The right will burn the savings of the Italians" Everything better than gas and oil: Discussion of the Münsinger Greens about alternative heating 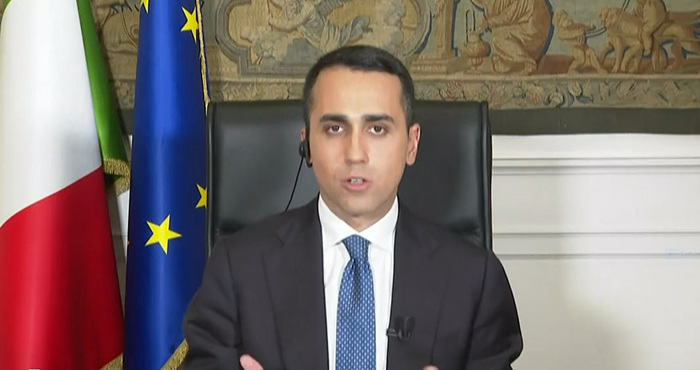 Di Maio, M5s no longer exists, it is a boss party 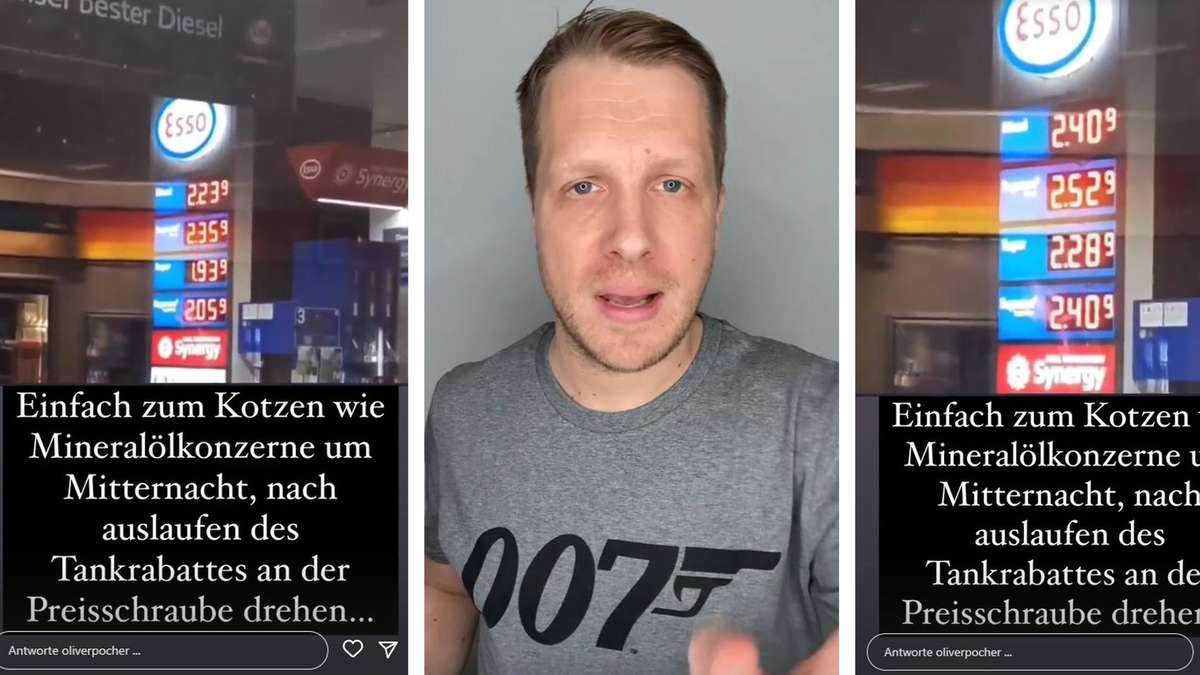 "It just sucks": Oliver Pocher bursts his collar because of the tank discount 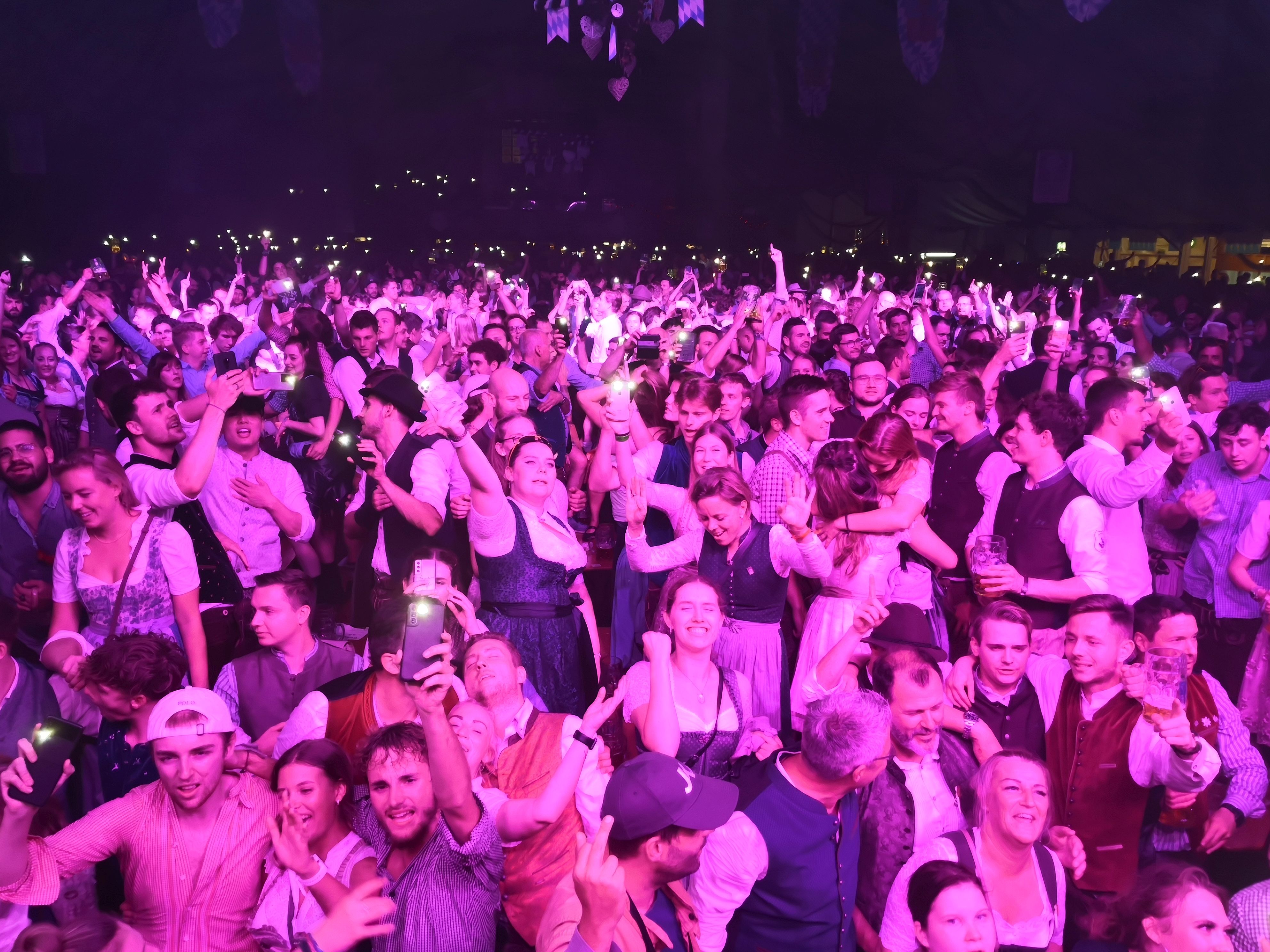 The district of Dachau is drafting an emergency plan 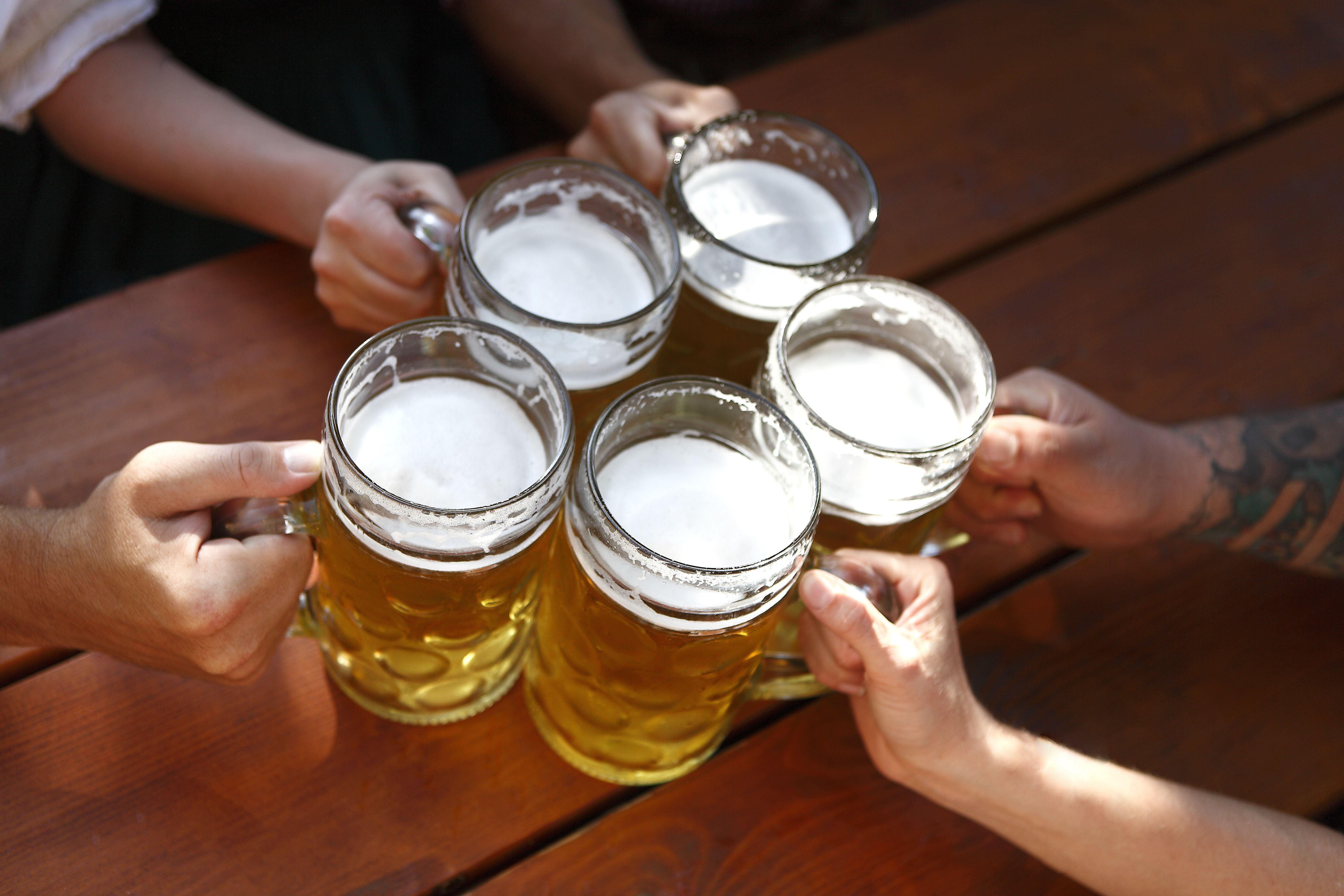 Disaster control: district drafts emergency plan for blackout - people have to be "shaken up"