Gaza, the war that does not stop 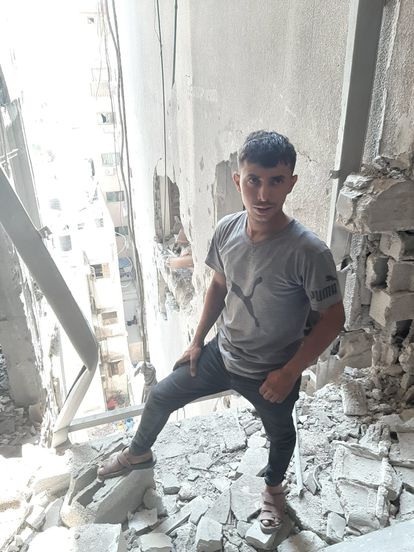 Saker al Rifi was getting married this month.

At the age of 29, he had managed to save some 3,000 euros in Jordanian dinar bills, a small fortune in the Gaza Strip, by working as a fruit vendor.

And to celebrate, on the 5th, an Islamic holiday Friday, he invited his 20-year-old girlfriend, Izraa, home.

They met with the 17 members of the Al Rifi clan (parents, siblings married with children and younger siblings), with whom they were going to live after the wedding in an apartment on the seventh floor of the Palestine tower, in Rimal, a residential neighborhood of the gazati capital.

In the midst of a joyous after-dinner meal with trays of pastries, cups of tea and congratulations, four Israeli missiles blew up without warning the house on the ground floor, where Taysir al Jabari, the Islamic Jihad military chief, lived incognito.

in the northern part of the Palestinian coastal enclave.

Saker and four of his relatives were evacuated to a hospital.

His entire house burned down, including the dowry saved to marry Izraa.

The flames devoured his dreams.

"In total, there are 21 flats razed to the ground, 77 that have become unusable and about 1,800 that will have to be repaired to a greater or lesser extent," Mohamed al Askari, general director of Housing in the Gaza Administration, detailed after the ceasefire on Sunday. controlled by the Islamic resistance movement Hamas.

Shortly after, Saker al Rifi showed the blackened remains of his house.

"I was showing my girlfriend the room we were going to live in when everything collapsed," he recounted with visible shrapnel wounds on one arm.

“Now all the men in the family are sleeping in the open, and the women take refuge as best they can in the room that my grandfather has offered them in his apartment.

We had to cancel the wedding.

Saker al-Rifi, among the rubble of his bombed-out house, in Gaza on Wednesday. JCS

two-thirds civilians, including 19 minors, according to the Palestinian Ministry of Health.

A local representative of the International Committee of the Red Cross distributed brochures at the entrance of the building, on the street of the Martyrs of Gaza, so that the neighbors can identify unexploded projectiles among the rubble.

“We still have the repair of some 7,000 homes pending and the construction of another 2,300 to attend to those evicted in previous conflicts, such as the one in May 2022. But we do not have funds,” summarizes engineer Al Askari, 39, in his official office.

He assures that only Qatar and Egypt continue to provide any help for the reconstruction.

“The international community has turned its back on us after last year's war.

In Gaza there are houses in border areas that we have had to rebuild two or three times, after each conflict”, he acknowledges.

“And to repair the outstanding damage to homes and basic infrastructure in the Strip we need about 1 billion euros.

Here we have the feeling that the world has forgotten about us and that we only care about what happens in Ukraine or Taiwan, ”he argues.

The United Nations has reflected the impact of 15 years of blockade on the 2.2 million Gazans in the latest report by the Office for the Coordination of Humanitarian Affairs (OCHA) in the Occupied Palestinian Territories.

The unemployment rate is the highest on the planet.

Two out of three Gazans depend on international aid to eat (1.5 million people are registered as exiles with the United Nations agency for Palestinian refugees, UNRWA).

The only power plant in the territory barely covers 50% of the demand, which causes blackouts of between 12 and 18 hours a day.

About 80% of the fresh water available in Gaza is not fit for human consumption.

The fence has not loosened.

Although the population has increased by 50% since 2007, the number of trucks with goods entering the Strip is 30% lower than it was 15 years ago.

The strict blockade imposed by Israel (supported by Egypt between 2013 and 2018) is seen as collective punishment by international humanitarian NGOs.

With no guaranteed access to the outside world, in one of the most densely populated areas and on a narrow 365-square-kilometre stretch of coastline, 80% of Gazans live below the poverty line.

But he had not yet been able to celebrate the wedding banquet with guests and relatives, which symbolizes the actual celebration of a Palestinian wedding.

The invitation was scheduled for Saturday, the 6th, in a ceremony room near Beit Hanun, in the north of the Strip, one of the areas hardest hit by war after war fighting.

The bombs prevented it.

The marriage ended in a funeral.

The outbreak of the offensive ruined all plans.

But despite the bombing, her mother, Nahama, 55, insisted on organizing a small celebration at home with her closest family.

She had gone to look for her girlfriend along with her granddaughter, Hanin, nine years old, excited about her family celebration.

A missile blew up the car in which both were traveling.

His son was still in shock four days after the tragedy.

"I haven't been able to sleep a minute," he mumbles to himself.

His girlfriend has locked herself away to cry, with her parents.

The wedding celebration of the young Bedouin, who kills time without a job, like most of his generation, has been postponed without a date.

In the midst of the long mourning left by the incessant wars in Gaza, four out of five children in the Strip suffer from depression.

A similar percentage of minors wet the bed and 60% experience communication disorders or suffer from temporary silence.

Save the Children, an organization that has published studies on the situation of children in Gaza in 2018 and 2022, warns that the effects of these symptoms of trauma will last in the long term.

In four years, the number of minors showing emotional distress in the enclave has skyrocketed from 55% to 80%.

"In the case of cancer patients, the situation is dramatic," says Beatriz Lecumberri, author along with fellow Spanish journalist Ana Alba (who died of cancer in 2020) of the documentary

about the plight of women with tumors whose treatment is not available in the blockaded Palestinian enclave.

"Since last January, they have obtained permission to leave Gaza for 7,551 patients to go to hospitals in the West Bank and East Jerusalem," explains Lecumberri, "but some do not reach the end of the bureaucratic process (to cross the border) and die before get an answer”.

The World Health Organization estimates that a third of applications are rejected or ignored.

"These days, when the hubbub of the conflict subsides and the news cameras are turned off," the reporter concludes, "this continues to happen in Gaza." 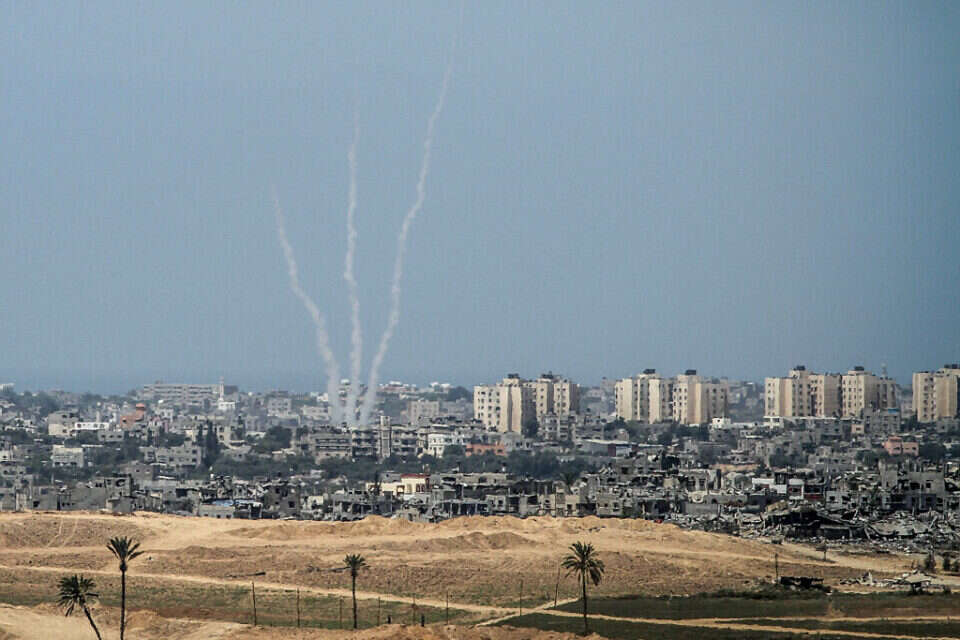 Opinion | Did not learn from the disengagement: evacuation of Chumash as an example | Israel today

Yahya Snow: "The Zionist Entity Is Weaker Than a Spider" | Israel today 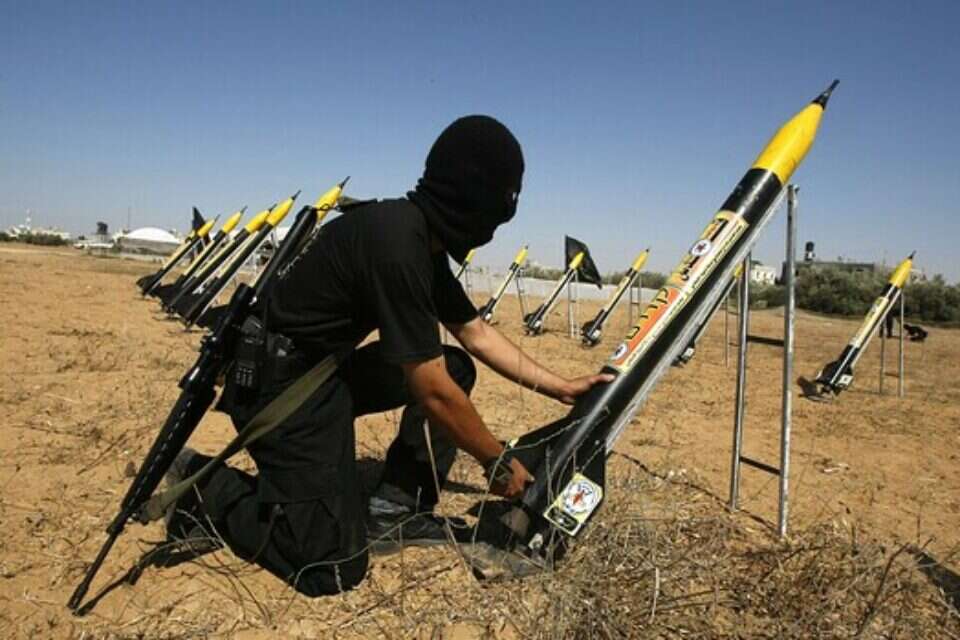 Islamic Jihad for Egypt: "If the flag parade passes in the Muslim Quarter - we will respond" | Israel today

Eliminate Sinwar? Israel has a more burning problem on the road to victory over terrorism - Walla! news