The EU and 42 countries, including the US, have called on Russia to immediately withdraw its forces from the Zaporizhia nuclear power plant in southern Ukraine. 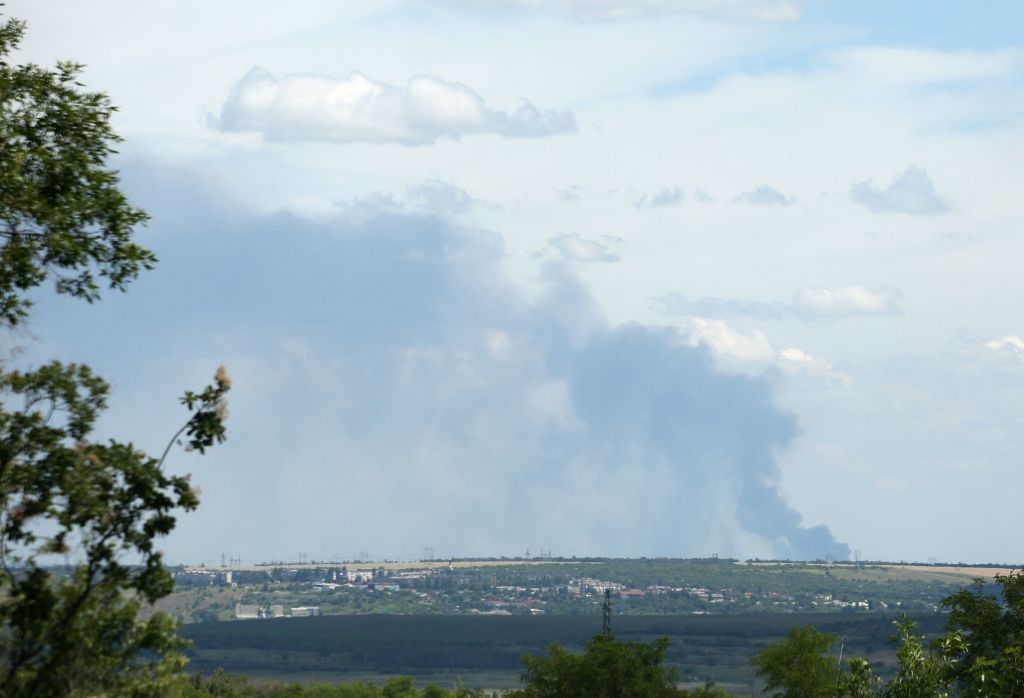 Casualties reported at Wagner base in Luhansk hit by Ukrainian attack

Geolocated social media videos in the Russian-occupied city of Popasna show that a base used by Wagner military contractors was hit by artillery or rocket fire over the weekend.

The Wagner group of private military contractors has played an active role in the fighting in Donbas, often deployed as infantry to advance on towns from which Ukrainian forces have withdrawn.

The paramilitary group is sponsored by Russia.

Serhiy Hayday, the Ukrainian official who is head of the military administration of the Luhansk region, said on his Telegram channel on Monday that "Ukrainian Armed Forces once again successfully worked on the enemy's headquarters."

"This time it was yesterday in Popasna, where the headquarters of the PMC 'Wagner' was destroyed with a well-aimed hit," said Hayday.

"The death toll is becoming clear," he added.

Over the weekend, pro-Russian Telegram accounts associated with the Wagner group showed extensive damage to a building in Popasna and said there had been casualties.

Russian attacks on the Kharkiv region are on the rise, according to the Ukrainian military

Russian forces increased shelling in the Kharkiv region of northeastern Ukraine, shelling Ukrainian units trying to challenge their supply lines heading to Donetsk, according to the Ukrainian military.

Ukrainian authorities reported on Monday rocket and artillery attacks on the Chuhuiv district, south of the city of Kharkiv.

Oleh Synyehubov, head of the Kharkiv region military administration, said at least 10 missiles had been fired from the Russian city of Belgorod.

One of the towns hit was Merefa, at least 40 kilometers (25 miles) from the front lines.

According to Synyehubov, five people were injured in the shelling, four of whom have been hospitalized, two of them in critical condition.

There were also rocket attacks on a Kharkiv residential area, Synyehubov said.

In the eastern city of Donetsk — the focus of the Russian offensive — the Ukrainian General Staff reported Monday that artillery fire and airstrikes were continuing, but said several ground assaults by Russian forces had been repelled.

Ukrainian officials reported shelling of the cities of Sloviansk and Kostiantynivka, as well as Bakhmut and surrounding towns.

Geolocated videos show Russian forces advancing through an industrial plant on the outskirts of the city of Soledar, the target of Russian attacks for many weeks.

In the far north of Ukraine, the Sumy regional military administration reported a sharp increase in cross-border shelling of the city of Seredyno.

Overall, Russian forces are persisting with heavy indirect fire across much of Donetsk, but have made only marginal territorial gains, according to the Ukrainian military.

Fighting in the south: Across the Dnipro River from the occupied Zaporizhia nuclear power plant, the towns of Nikopol and Marhanets were again hit by Russian rocket fire, according to the General Staff.

Meanwhile, Russian shelling of Ukrainian positions behind the front lines in the Mykolaiv region continues, the General Staff added.

In the south, much of the Russian fire is defensive as it tries to disrupt Ukrainian attempts to advance towards Kherson, the General Staff said.

Russian forces withdraw in southern Ukraine after the destruction of a third key bridge, according to the Ukrainian military

A man surveys the damage after the Dnipropetrovsk region suffered another night of shelling on Thursday, August 11.

Russian forces are evacuating to the left bank of the Dnipro River in the southern Kherson region of the country after Ukrainian attacks made a third key bridge in the area impassable, Ukrainian authorities said.

"We are watching how the leaders of the Russian forces use the remains of transport routes to evacuate to the left bank of the Dnipro in order to feel safe," Ukrainian military spokeswoman Natalia Humeniuk told the country's media on Sunday. .

The destruction of the three bridges – including Kakhovka this weekend – has impeded the movement of heavy military equipment and the supply of ammunition to the Russians on the right bank of the river, making it "extremely complicated to the point of being impossible". , he added.

In the city of Mykolaiv, residential areas and port infrastructure were shelled, and communication lines and industrial facilities were damaged, causing one civilian to be injured, the South CO added.

The city of Nikopol was shelled twice on Sunday night with heavy artillery, destroying five high-rise buildings, six houses, a kindergarten and other civilian infrastructure.

No casualties were recorded.

Also on Sunday, the city of Marhanets was hit by Grad rockets. One civilian was hospitalized and a dozen houses and a power grid were destroyed.

Enerhodar was also bombed this Sunday.

One person was killed and two were injured, the OC South said.

The Ukrainian military said it had destroyed two "enemy" ammunition depots in Muzykivka and Nova Kakhovka on Saturday.

A joint statement by the European Union and 42 countries, including the United States, called on Russia to immediately withdraw its forces from the Zaporizhia nuclear power plant in southern Ukraine.

The International Atomic Energy Agency (IAEA) warned last week that parts of the plant had been put out of action due to the recent attacks, with the risk of a possible "unacceptable" radiation leak.

"We urge the Russian Federation to immediately withdraw its military forces and all unauthorized personnel from the Zaporizhia nuclear power plant," says the joint statement, dated August 12 and published this Sunday on the website of the Delegation of the Russian Federation. EU before the International Organizations in Vienna.

The withdrawal must take place "so that the operator and the Ukrainian authorities can resume their sovereign responsibilities within the internationally recognized borders of Ukraine and legitimate operational personnel can carry out their duties without external interference, threats or unacceptably harsh working conditions." says the statement.

This would also "allow the IAEA to carry out its verification in accordance with Ukraine's safeguards obligations safely and in a timely manner."

Nuclear watchdog warning: On Thursday, IAEA Director General Rafael Mariano Grossi said that the "alarming" situation at the plant had reached a "serious hour", while calling for an immediate inspection of the facility by of international experts.

The joint statement expressed support for the IAEA's work and stressed that "the deployment of Russian military personnel and weapons to the nuclear facility is unacceptable and disregards the principles of safety, security and safeguards that all IAEA members have committed to. committed to respect".

Ukraine on the march: Even Putin's elite troops have to flee - Putin's order indicates huge deficits 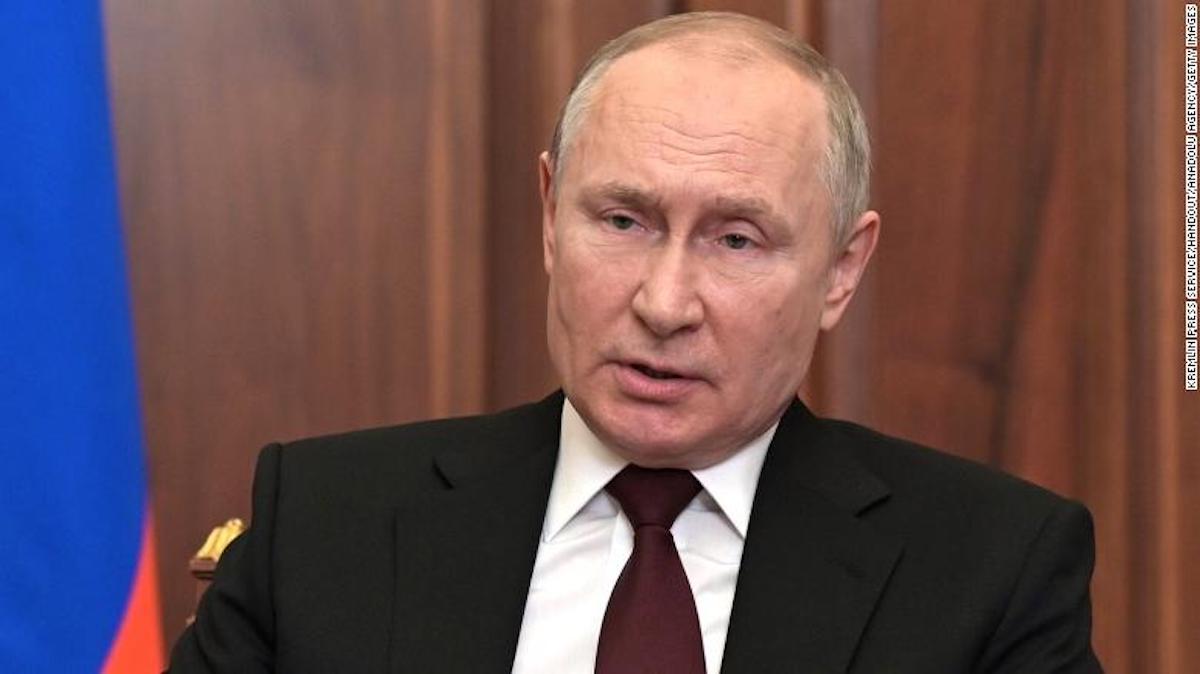 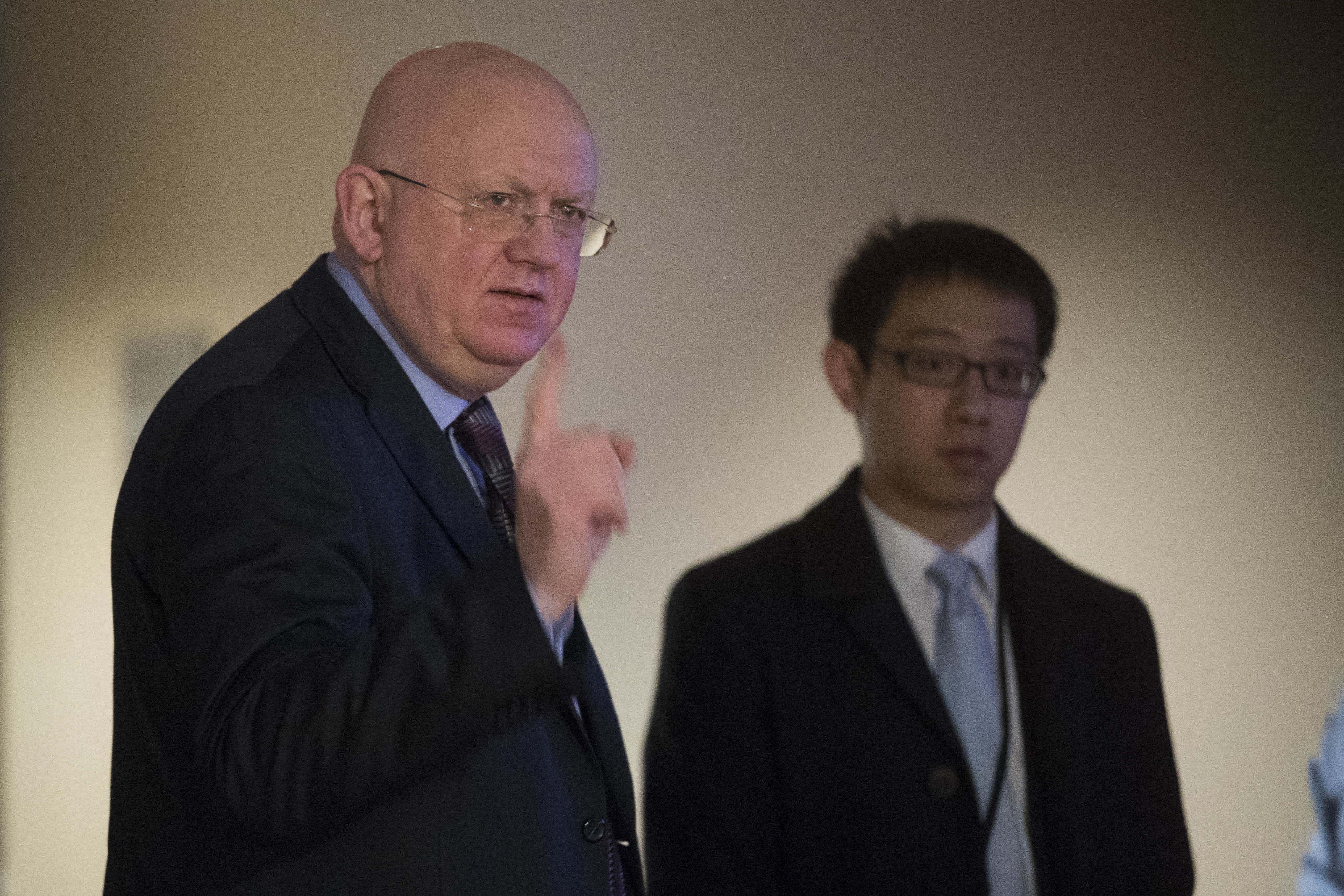 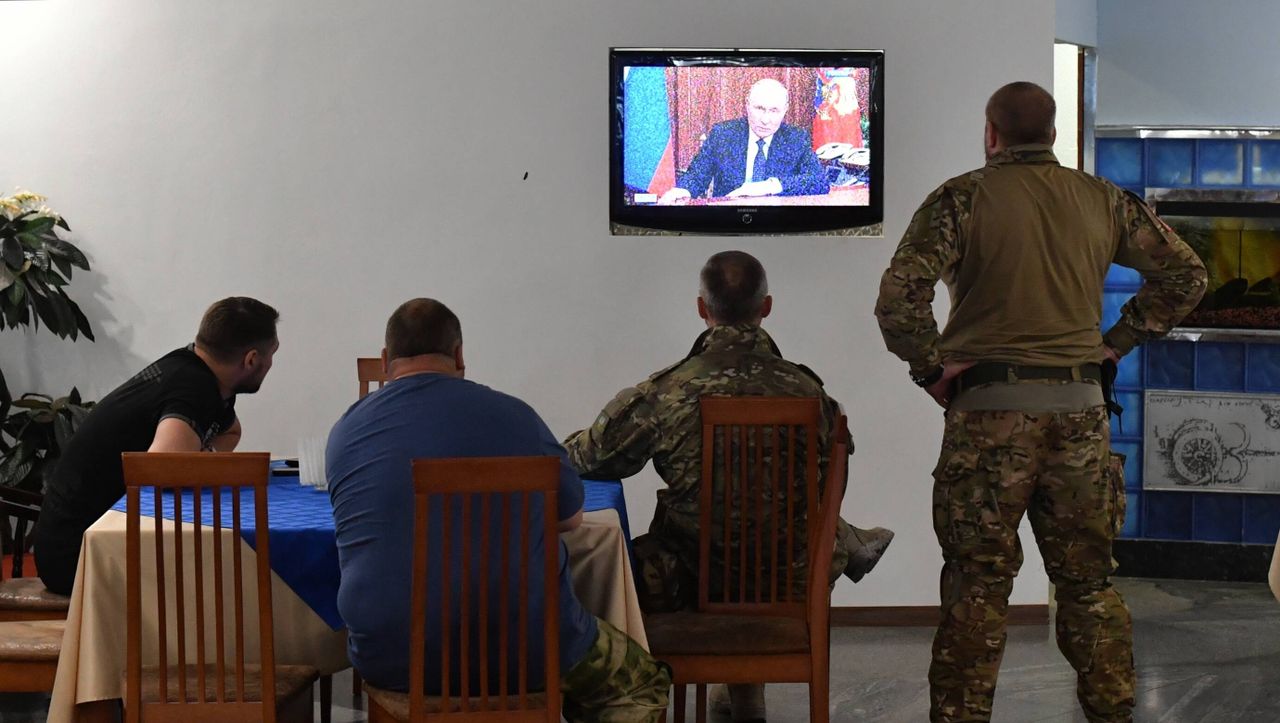