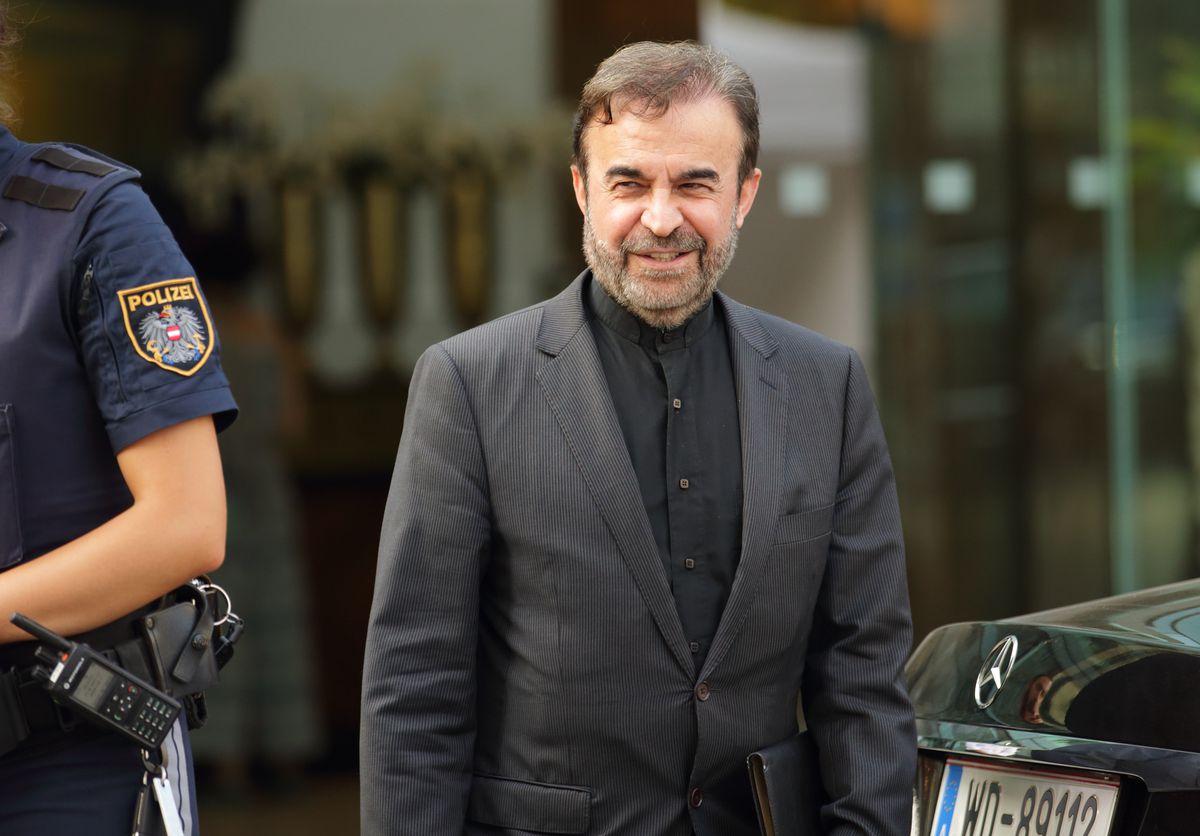 Patience with negotiations to reinvigorate the Iran nuclear deal has long since run out.

But the need for cheap fuel is pressing and European diplomacy, in charge of coordinating these talks on behalf of the UN, is pressing to revitalize the pact that former US President Donald Trump unilaterally broke in 2018. The latest proposal from the community negotiators to Iran and the United States surrendered days ago, and the conclusions have to come soon.

"If we don't get it this week, I'm afraid the negotiations will be suspended until after the November elections in the US," the EU's High Representative for Foreign Policy, Josep Borrell, told EL PAÍS.

About this round of talks, Borrell has written on his blog: "If it fails,

we face the risk of a nuclear crisis.”

Just when the same risk arises on another flank: the invasion of Ukraine by Russia.

The final proposal of the EU to reactivate the atomic pact ―signed between the parties in 2015, together with China, Russia, the United Kingdom, France, Germany and the Union― “may be acceptable if it offers guarantees” to the key demands of Tehran on "safeguards and sanctions," state news agency IRNA reported on Friday, citing an unnamed senior diplomat.

But hours later, the assassination attempt on Salman Rushdie again put a new obstacle to successfully closing talks that have lasted 15 months.

The stabbing of the British writer of Indian origin has cast new shadows on the Iranian regime, which in 1989 sentenced the author of

The Satanic Verses to death for blasphemy

The author of the attack, Hadi Matar, presumably of Lebanese origin, is considered a supporter of the Hezbollah Shiite militia party, which revolves around Tehran.

"The brutal stabbing of Salman Rushdie should be a wake-up call to the West and Iran's reaction strengthens the case for banning Iran's Revolutionary Guards," British prime ministerial hopeful Rishi Sunak was quick to point out a day after the attack. attempt.

The United Kingdom, one of the signatories of the agreement, has maintained a reluctant position in this round, conditioned by the replacement of Boris Johnson at the head of Downing Street, which has led Liz Truss, Foreign Minister and favorite in the race for the succession, to harden its position.

Iran demands above all a guarantee that is very difficult to comply with: that no future US presidential administration can disassociate itself from the nuclear agreement, as the Republican Trump did in 2018 on what was signed by his predecessor, the Democrat Barack Obama.

But the Administration of Joe Biden, vice president when the understanding between Tehran and the great powers to stop the Iranian nuclear program was sealed in 2015, which led to the lifting of sanctions later reactivated by Trump, has already made it known to the mediators that it is about a political agreement and not an international treaty.

The current president considers that the diplomatic route continues to be the best way to prevent Iran from acquiring an atomic weapon.

In recent weeks, Tehran has not demanded that the Islamic Revolutionary Guards be removed from the US list of foreign terrorist organizations, which was one of its most repeated demands when accepting a pact.

Washington has now returned to mark distances on that point.

The Justice Department on Wednesday charged Shahram Poursafi, a member of the Iranian elite corps, with trying to kill John Bolton, who was Trump's national security adviser.

Sources from the talks admit that Washington would have agreed to make some concessions on this matter.

Although his chief negotiator, Robert Malley, has tried to ward off this idea in a recent interview: “The sanctions are very well defined.

The Treasury Department sets very clear rules about what companies must do […].

After the last round in Vienna, last Wednesday, the European envoys, headed by the Spanish Enrique Mora, sent a final version to Iran and the United States.

Borrell himself announced it on Twitter: “What can be negotiated has been negotiated and is already in a final text.

However, behind each technical issue and each paragraph there is a political decision that must be made in the capitals.

If these responses are positive, then we can sign this agreement.”

That is what they are waiting for this week, although, as several sources familiar with the negotiations point out, it is not the first time that deadlines have been set that are not met.

Negotiators used these days of discussions and proximity talks between the US and Iran to fine tune and address - with technical adjustments - a handful of issues remaining in the text that I have put on the table last July 21, as coordinator of the #JCPOA nuclear deal.

However, now there is an element that can completely change the scenario: the legislative elections in the United States in November.

President Biden is in a position of greater strength now after achieving the approval in Congress of his flagship plan, the Inflation Reduction Act.

But that can change radically at the end of the year.

There may also be a propitious moment in Iran due to the almost immediate benefits that the lifting of sanctions would bring it to return to the markets and be able to sell its oil: hundreds of millions of dollars a month, negotiating sources point out.

Although Tehran threatens that some condition could still be included in the European proposal: the cancellation of the investigation opened by the International Atomic Energy Agency (IAEA) to the Iranian Government regarding the discovery of uranium remains in several points of Iran that had not been declared to the inspectors of the organization that supervises the nuclear program.

The European interest, with the war in Ukraine underway, is clear.

Iran's return to the markets would add millions of barrels of oil to the market which, on paper, would put downward pressure on the price.

Venezuela and Iran are the two countries that still have room to produce and sell more crude, according to the reinforced framework of the pacts that the OPEC producing countries have, plus others such as Russia or Mexico.

The invasion of Ukraine has triggered the price of fossil fuels and pushed up prices, raising inflation to levels not seen in decades in the West.

In addition, Borrell fears that if an agreement is not reached, a nuclear crisis will open: “Iran says that the rupture of the agreement caused by the United States has cost them tens of billions of dollars.

And it is also true that in recent times Iran has advanced towards its nuclear objectives and that if it continues to advance the agreement will no longer make sense, because it was made to prevent it from becoming a nuclear power.

So time is running very fast."

In the Middle East, meanwhile, Israel and the Sunni Arab countries allied with the US are watching with concern the moves to revive the nuclear deal.

The heads of diplomacy from Israel, the US, Egypt, the United Arab Emirates, Bahrain and Morocco met in March to create a "new regional architecture" for security in the Negev desert, in the extreme south of Israel.

against Iran and its satellite militias, which in fact is already coordinated from the Pentagon Central Command, in the fight against Iranian drones, and at the base of the V Fleet of the USA, in the Persian Gulf, against the naval piracy actions attributed to Revolutionary Guard vessels. 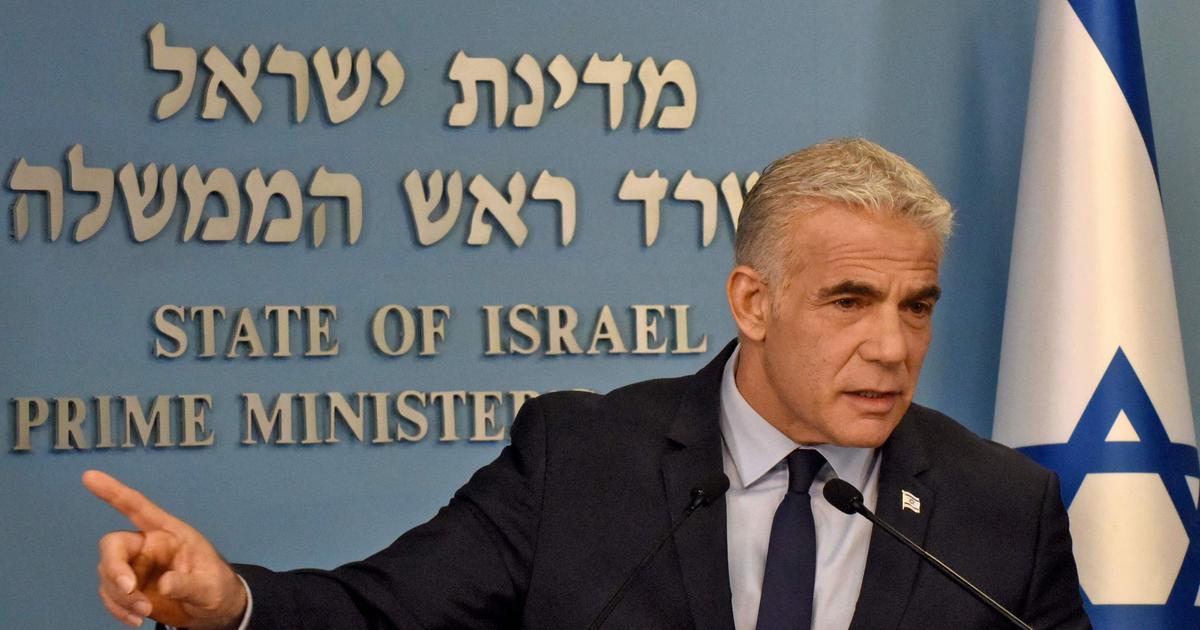 Iranian nuclear: Israel calls on Westerners to leave the talks 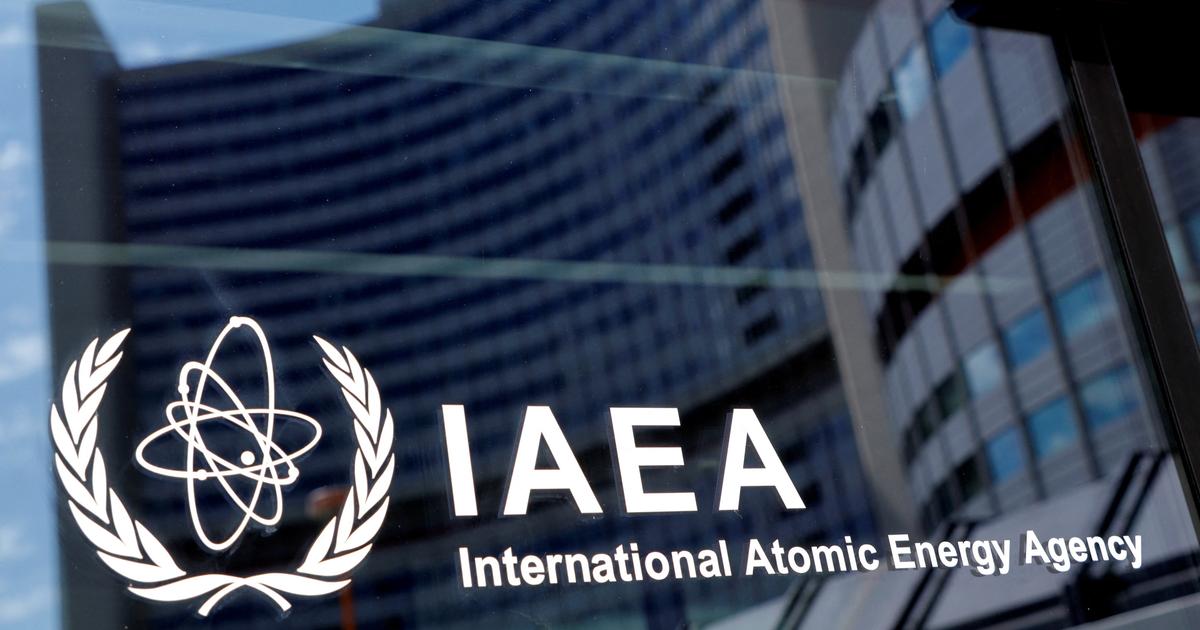 Nuclear: Iran always ready to cooperate with the IAEA to "sweep away" doubts 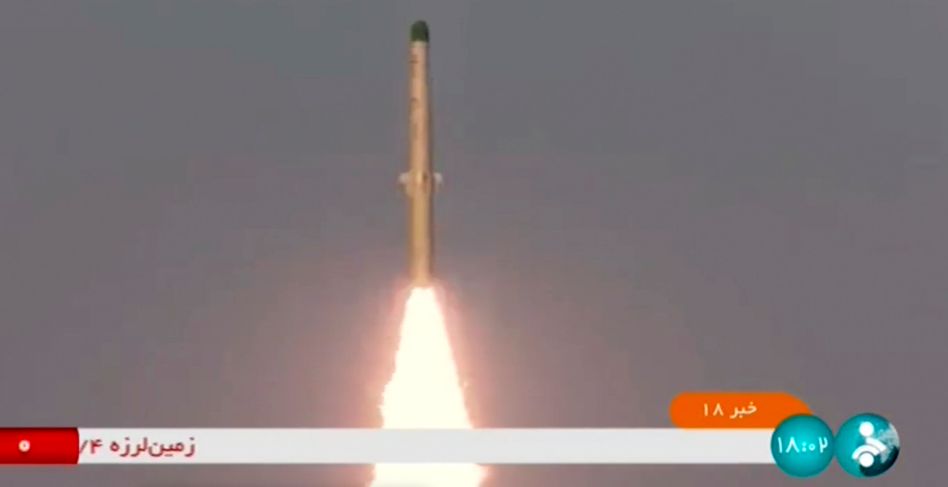 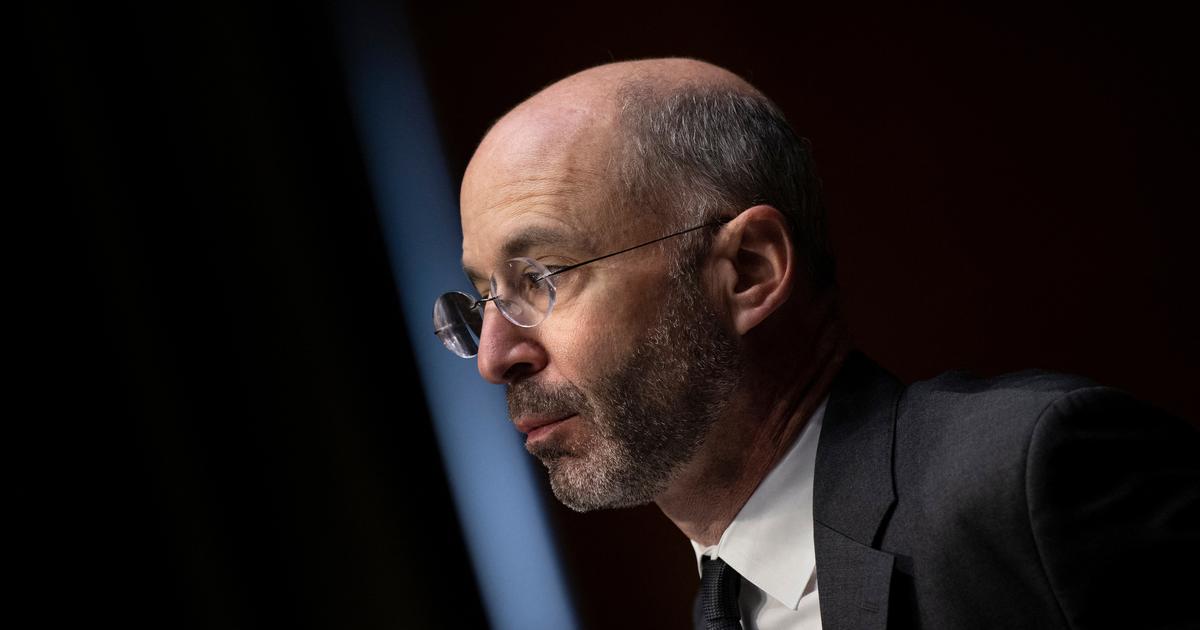 Nuclear: Tehran criticizes Washington for a lack of "political initiative" 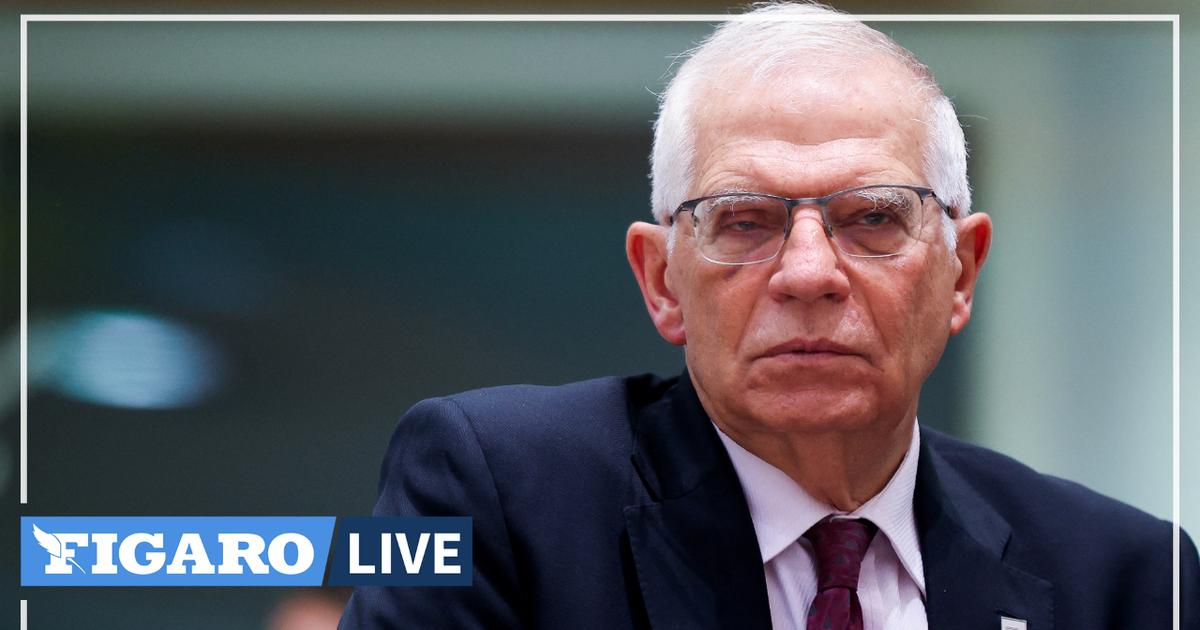 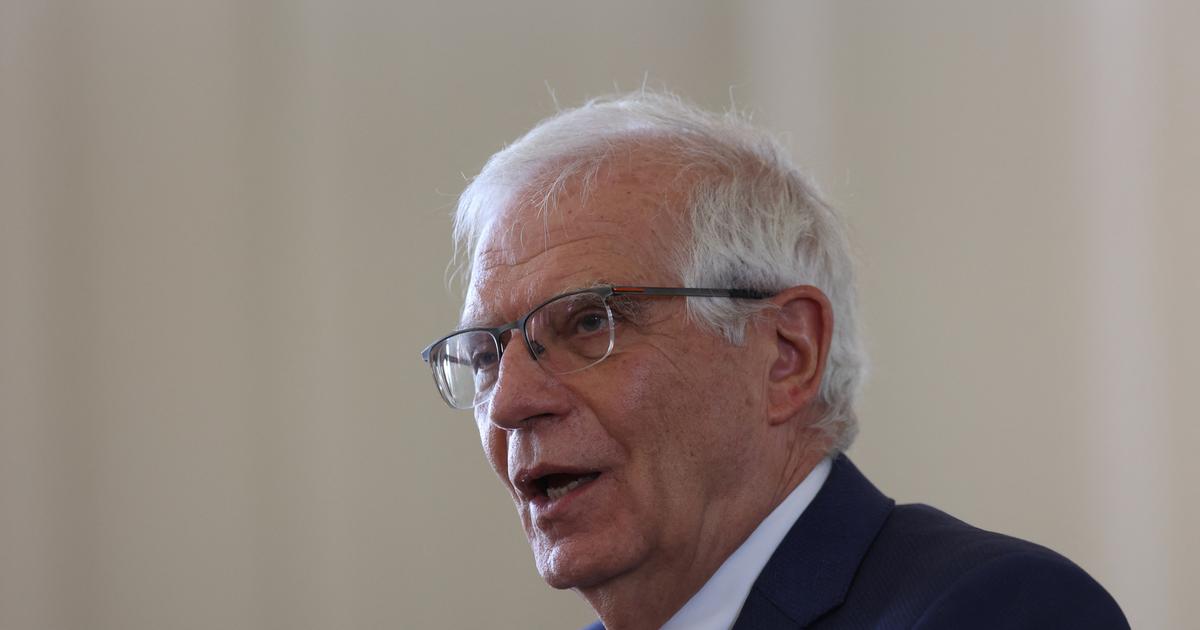