The time to reduce the spiciness of the property market has not yet come, and another way should be found to retain talents

After nearly 20 years of rapid growth and small recovery, the local property market seems to have reached a turning point. The property price index has fallen from the highs in the third and fourth quarters of last year. In addition to the decline, factors that are unfavorable to the property market in the long run have emerged one after another. War, Epidemic Order Book 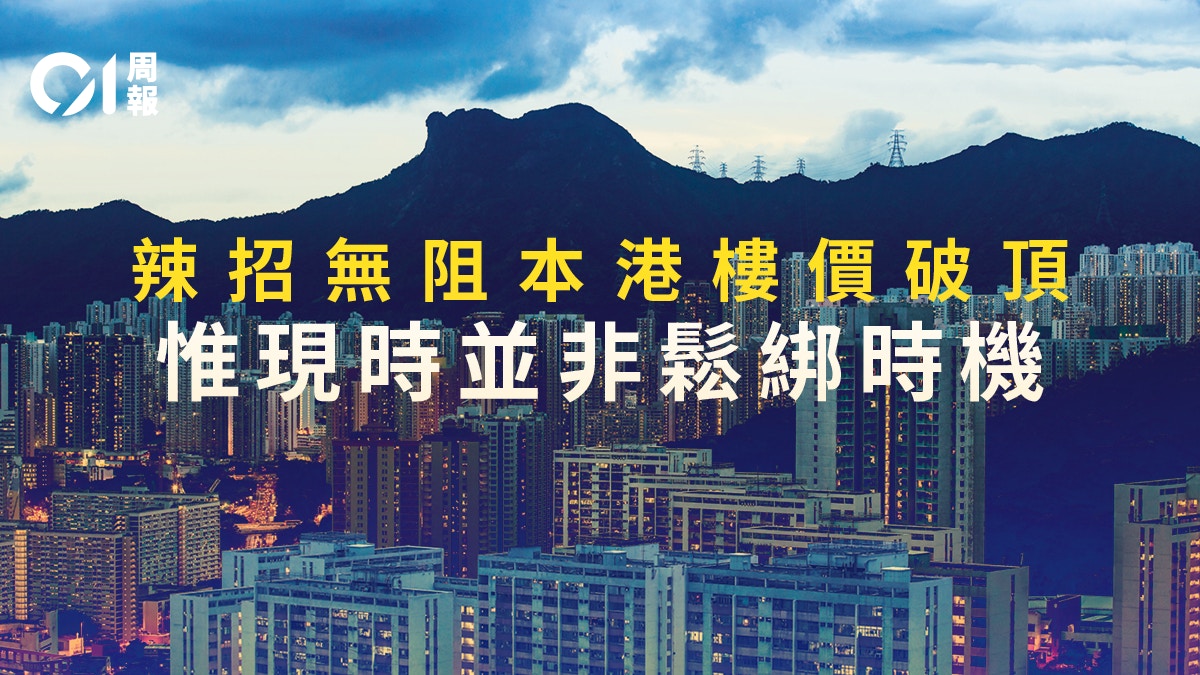 After nearly 20 years of rapid growth and small recovery, the local property market seems to have reached a turning point. The property price index has fallen from the highs in the third and fourth quarters of last year. In addition to the decline, factors that are unfavorable to the property market in the long run have emerged one after another.

The war and the epidemic have made the recovery of the local and global economies weak. The reduction of quantitative easing in other places has led to rising interest rates. The local population is showing signs of peaking.

In this context, it is understandable that the society has heard the voice of relaxing the control measures of the property market.

Last Tuesday (August 9), Ip Liu Shuyi, the convener of the Executive Council, mentioned that the government could consider waiving the "double stamp duty" for mainlanders buying property in Hong Kong. Later, it was hurriedly clarified that it was only the opinion of the New Democracy Party, and the government also emphasized that there was no relevant discussion.

However, the news is enough to make real estate stocks and property agency stock prices rise and then fall back, reflecting that the market is extremely sensitive to real estate policies.

Even if the officials did not say much later, the society launched a review of the three spicy taxes, and the focus was not limited to mainland talents coming to Hong Kong, but the general property market policy.

Yip Liu Shuyi suggested that the government consider exempting the "double stamp duty", which is actually 15% buyer's stamp duty (BSD) and 15% ad valorem stamp duty (AVD) for non-permanent residents, which together account for 30% of the property price.

It is estimated that the population of this group is roughly 300,000 according to the new distribution target of "people who are eligible or eligible to become Hong Kong permanent residents".

In addition, the BSD also targets non-first-time homebuyers who are permanent residents.

Yip Liu Shuyi mentioned in an interview with the media earlier that the government could consider waiving the "double stamp duty" for mainlanders buying property in Hong Kong.

As for the third spicy tax, the Additional Stamp Duty (SSD), the Inland Revenue Department requires owners who sell their homes within three years to pay the additional tax.

The government introduced SSDs in 2010, and then introduced the remaining two taxes.

Looking back at the original intention of the government to set the spicy tax, the first is to prevent the property market from heating up further.

Although the current momentum to heat up is insufficient, after the resumption of quarantine-free customs clearance, will it attract non-permanent residents and overseas buyers to enter the market again to support local property prices?

Judging by Ye Liu Shuyi's proposal to withdraw from the spicy food, the stock prices of real estate stocks and property agency banks will rise, and the market generally expects this consequence to occur.

As a matter of fact, the current property price index is falling from its peak, but the process is stable, which has awakened the public that the property market is not just about rising, and the government should be happy to see it happen.

On the contrary, if the government loosens the restrictions on the slight correction of property prices, it is like declaring that the market will stop property prices from falling at any time, which will personally fuel the heating up of the property market and make it more difficult for citizens to buy homes according to their affordability.

I noticed that Shi Yongqing, the founder of the real estate agency group, believes that the withdrawal of BSD under the sluggish trading will not stimulate people to flock to the market, and it can also avoid the collapse of the property market.

However, the property market is closely related to the financial market and even the daily economy. If the property market measures are loosened, the economic risks will increase greatly for new owners. If they are unable to repay their mortgages due to factors such as unemployment and rising interest rates, the owners will turn around. Difficulties, consumption power is greatly reduced, the bank will pursue the loan, and if the pursuit fails, it will become a bad debt, and its chain reaction cannot be ignored.

The third is to give priority to the housing needs of permanent residents, especially under the premise of tight housing supply.

The government's pledge to increase the supply of land and housing will not be shaken by short-term fluctuations.

The government estimated at the end of last year that the private unit supply target for the next ten years was 129,000 units, most of which were to meet the needs of permanent residents.

Many people may expect that the economic and population decline will drag down residential demand. However, as the demolition and reconstruction of old private buildings will become more common, residents will need to change or transit, which will supplement the residential demand.

The many hot tricks launched by the government have not prevented the price of private properties in Hong Kong repeatedly breaking record highs.

Living conditions and quality are important factors for talent selection and settlement. Ye Liu Shuyi is concerned about the property needs of Hong Kong drifters, and it is logical to retain talents in Hong Kong.

The problem is that she admits that this move has helped drive up property prices in a "currently weak property market", confusing the two projects of retaining talent and supporting the market.

If the government recognizes that talents who buy properties early can encourage them to live for a long time, in fact, the government can directly introduce policies for talents, such as the arrangement of paying first and then refunding stamp duty, after talents obtain permanent resident status, they can refund the tax they paid more than permanent residents in the past, or provide rent moderately. subsidy.

Of course, the relevant policies should benefit all overseas talents at the same time, not only Hong Kong drifters, but also limited to individual buyers. Such treatment will have less impact on the property market than direct tax exemptions. 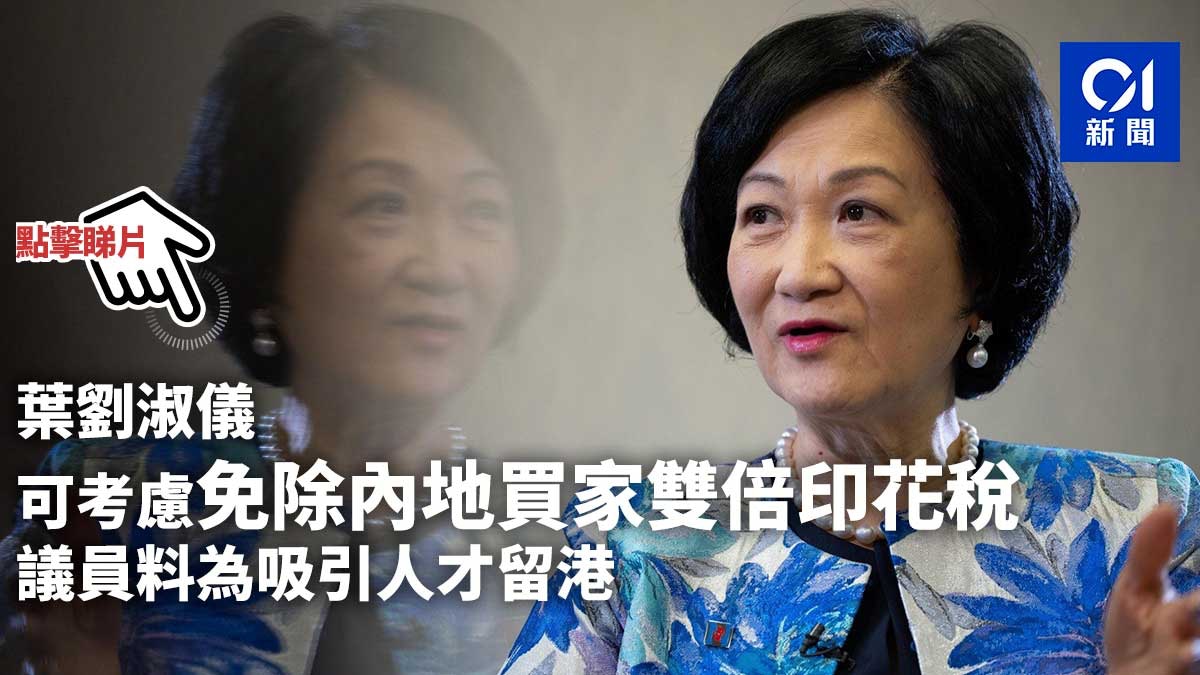 Property Market | Ye Liu Shuyi: Consider exempting mainland buyers from BSD, the Financial Secretary clarifies that there is no plan 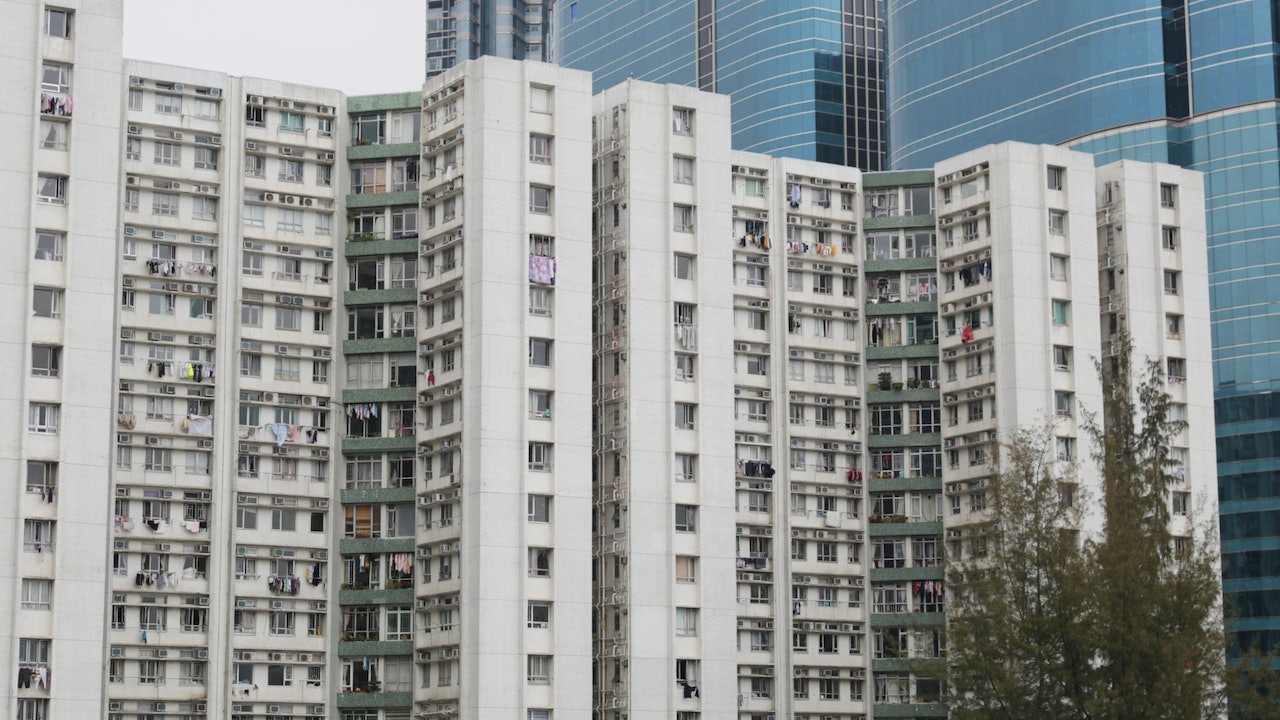 The real estate market has no conditions for withdrawal

The time to reduce the spiciness of the property market has not yet come, and another way should be found to retain talents 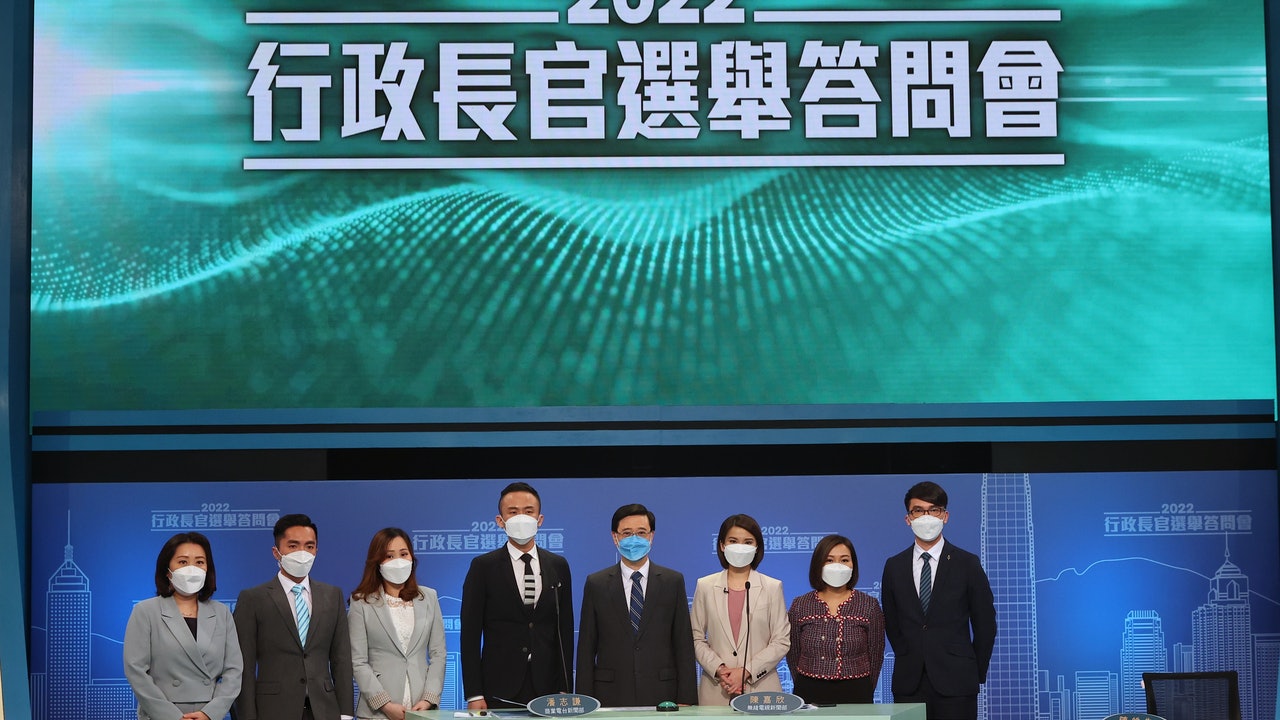 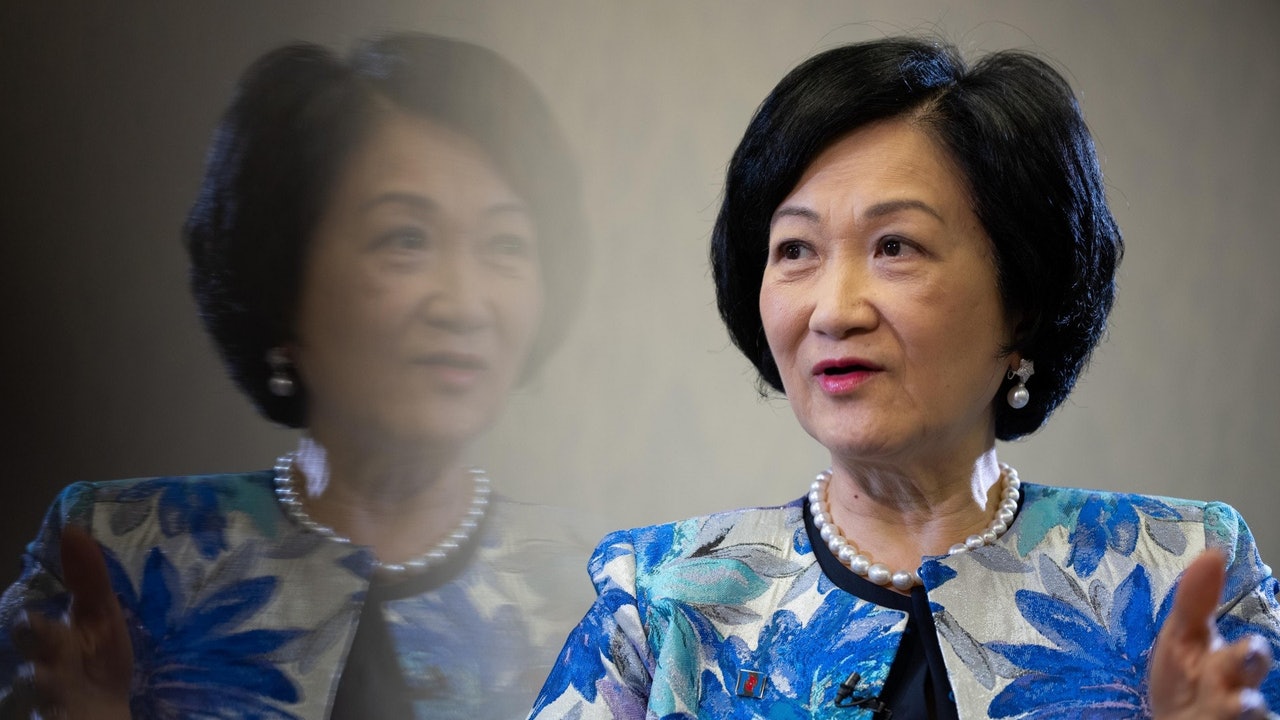 Ye Liu: Consider Exempting Mainland Buyers from Double Stamp Duty The Financial Secretary clarifies that there is no plan 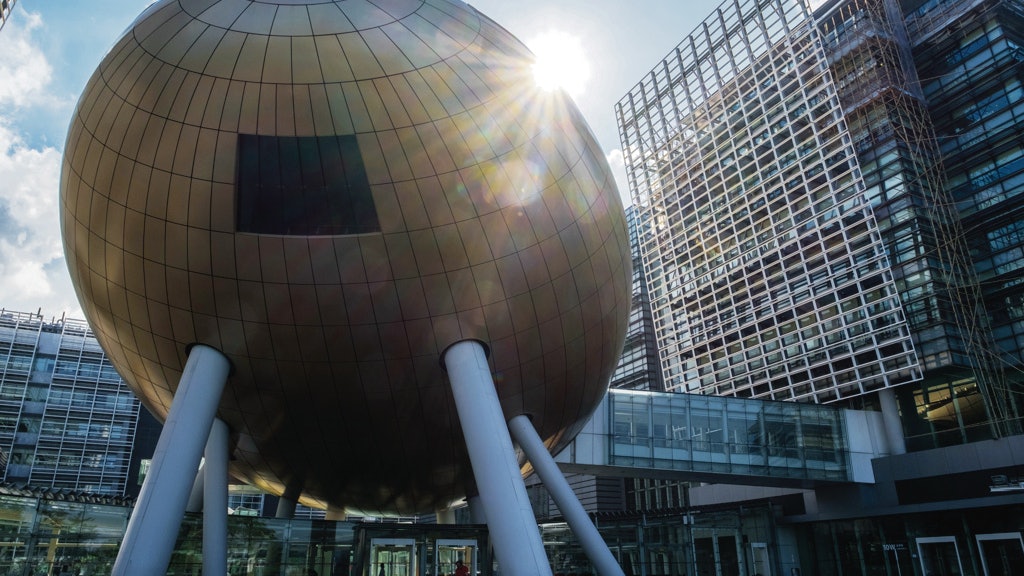 To grab talent in Hong Kong, look to the stars first 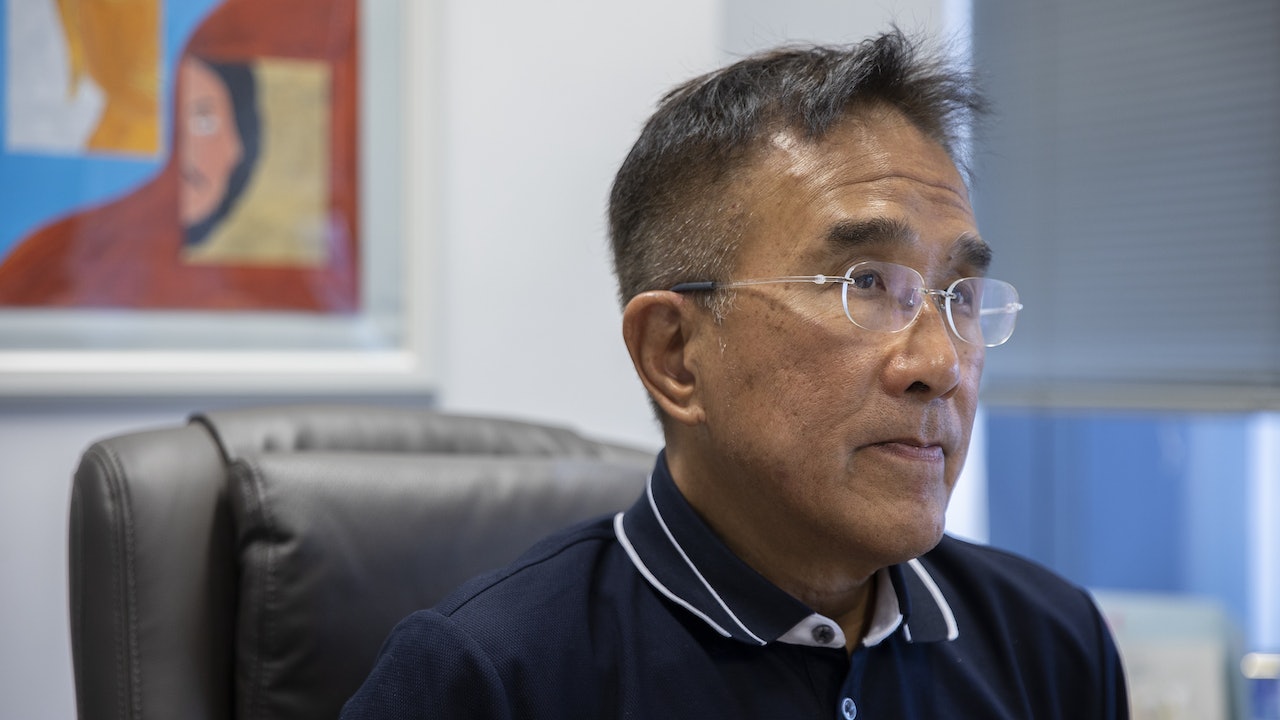 Ye Liu advocates exempting mainland buyers from BSD Tian Beichen: Youcai can be exempted from the 10-year ban on trading and speculators

Li Jiachao's Political Platform︱ Li Jiachao: Political reform will not be a priority project to improve the electoral system without results