Vacationers in a non-kosher hotel: what is allowed to eat? - Walla! Judaism

A group of travelers arrived at a hotel where the kitchen is not kosher and all the staff are not Jewish. Is and what is she allowed to eat? Rabbi Shai Tahan answered in detail

Vacationers in a non-kosher hotel: what is allowed to eat?

A group of travelers arrived at a hotel where the kitchen is not kosher and all the staff are not Jewish.

Is and what is she allowed to eat?

A family of ultra-Orthodox Jews in front of the sea (Photo: ShutterStock)

Many times in our daily lives halachic questions arise and topical doubts arise.

Rabbi Shai Tahan, head of the Sha'ari Ezra community and head of Beit Erzi HaLebanon, makes the laws accessible to us and answers questions asked in the Beit Midrash and outside of it.

And this time: Is it permissible to eat hard-boiled eggs in a non-kosher hotel?

We are a group of travelers who go to a hotel that offers breakfast to the guests, but the kitchen is not kosher and the entire staff is not Jewish.

We wanted to know if it is possible to at least eat hard-boiled eggs?

It should be known that eggs are included under the prohibition of cooking Akoum, and it is an explicit Gemara (Bazam, page Leh, 2), and it is also ruled in the Sha'a (C. Keg 64): "Even though an egg is worthy of being swallowed alive, if Cooking a star worker is prohibited."

And the text of the 16th century (CD) means eating by pressure, and such pressured eating is not enough to be considered as eating an animal, and it is considered a prisoner because of cooking, even though nowadays live eggs are mixed in foods such as ice cream and mayonnaise, etc., and these foods are eaten not by The pressure should not be allowed yet since we always follow this halacha for the majority of the way of eating, and indeed most of the eating of eggs even nowadays is cooked and not live.

And here, in order to explain this law, a division must be made between the types of utensils: there are utensils called 'year-old', that is, they were used within the last 14 hours regarding the prohibition of hot food, and food cooked in a vessel that is old is forbidden (Ci. If these eggs were cooked in utensils that are members of the egg diary, they were prohibited from swallowing the prohibition.

The second type is dishes that are called 'non-day-old' dishes, that is, they have not been used within 14 hours of a hot ban. In a painting where a dish that is not a day old has been used, 24 hours have already passed since it was used with a hot ban, food cooked in this dish is not prohibited, since That the taste swallowed in the vessel is also spoiled and there is no reason to prohibit it, and according to Maran Sha'a (C. Kakab 72): "A pot that is not old, that is, that has been left from time to time while the prohibition is being cooked in it, it gives taste to the defect."

And while it is certain that in the first place one should not cook in a vessel that is not old, even if the taste is defective, and as a continuation of the words of the

And yet, since we are discussing eggs that are already boiled, it seems that it would be possible to prepare them on the one hand, lest the vessel in which the eggs were boiled is out of date. A star worker is not of age, therefore if he passed and used them without kosher, the dish is permissible

. on it today lest it be used in something that is defective.)

However, the Pethai Teshuva (C. Kakab Skd) already brought the answer to many waters (C. 17) which discusses the poor star workers who have only one vessel to cook their dish. 24 hours.

And he also brought about penance (Ci. Kekab Sec. 18) in the name of Shu'at and Moses (Ci. 5) repented to a woman whose cauldron was changed and she cooked meat in the cauldron of her foreign neighbor who always cooks meat in it and it is not known if he is his son.

And he wrote in the raids of Daf Dkil Dakhli of Akoum Satma is not a day-old woman, from any place in Kahai Guna regarding this matter that the way and custom of the Gengarite is to cook twice a day and a little once a day in that cauldron, surely they would not say that their dishes are not born of a day, and they must surely be accounted for. J.

And based on these things, it must be said that even the utensils of restaurants, etc., since the above-mentioned pots are used frequently, should not be allowed at all.

And even if these utensils are set aside for cooking things that do not have any fear of prohibition, such as those eggs, but these utensils are still covered by the prohibitions of cooking eggs in a bowl, and already the ruling of the Sha'a (C. Keg St. 17) of dishes in which eggs were cooked in them before us Things that have a purpose on the fringes of ACM need kosher.

And although it is true that these eggs should be prohibited for reasons that will be explained, it should not be prohibited for this reason that the Gentiles did not check the eggs for drops of blood that are sometimes found in them, and even though the Rama'a wrote (C. Su, 8) that the custom is to check the eggs, but he also wrote that the main point of the law is that there is no need For their own sake, they do trust most eggs that do not have blood in them. This is what the son of Ish Chai (Leper, Year 2, 88) brought: "It is permissible to swallow a fried egg, and one does not need to watch whether there is blood in it or not, and this was the practice of our Rabbi Ari 7." L, Dainu is afraid to check, we relied on most eggs that do not have blood in them; and anyway when we make a dish with eggs in a pan, we usually see and examine the eggs while breaking them to see if there is blood in them or not."

And also the KAH (C. Su Sak Ma) also brought another custom that wrote that the Ari was not afraid to test them when they swallowed life.

Moreover, in our day the judges wrote (see 111 13 Yod 72, as well as 171 12 32, and Agram Yod 1, lo) that the reality has changed since the source of the prohibition is the blood found in eggs It is possible that the egg was fertilized by the fact that the hen was with a male and the blood found is a chick that grew in the egg, and it is judged by law to have run.

Even if the blood did not come from a fertilized egg, the sages forbade it because of the appearance that they would not say that the blood in it is the blood of a chick. However, nowadays the egg industry is careful to separate All the hens in the coops from the males, since their whole purpose is only to lay eggs to sell on the market, so they did not fear the prohibition that the egg might be spoiled, while for the fear of the appearance there is no need to fear in retrospect another that has already been cooked.

Therefore, according to the Halacha, eggs cooked by Akoum must be prohibited, either on the part of a prohibition in the shul of Akoum or on the side that they were cooked in a forbidden vessel.

Vacationers in a non-kosher hotel: what is allowed to eat? - Walla! Judaism 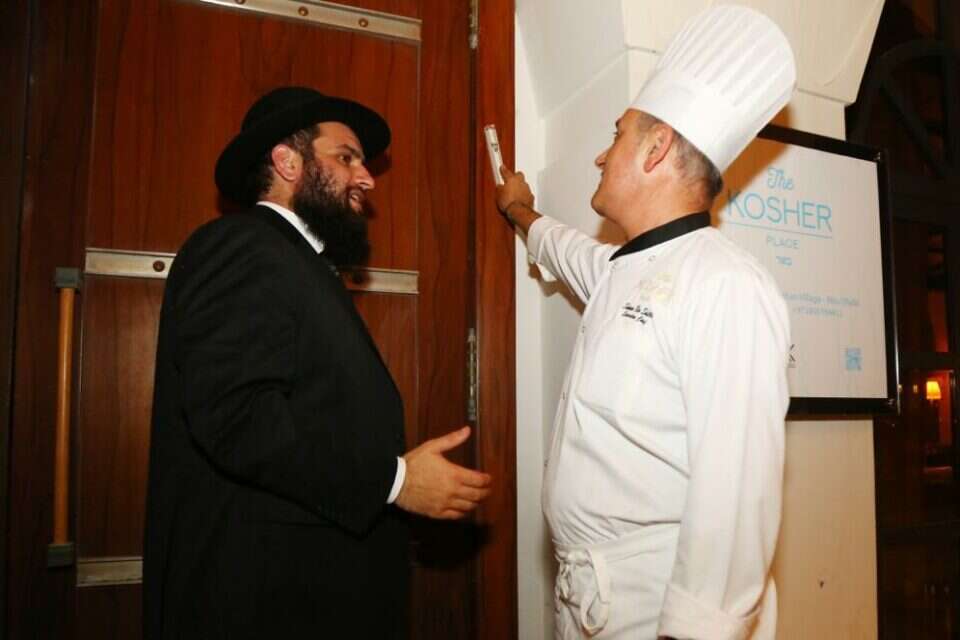 Hungry in Dubai and Abu Dhabi, but keeping kosher? Get to know the restaurants where you can eat Israel today

Vacationing in a hotel: is it allowed to eat Shabbat leftovers? - Walla! Judaism

A religious man wants to sue Burger King: I was sure the branch was kosher, but I got a real cheeseburger - Walla! news

Halacha position: Do e-cigarettes need to be kosher? - Walla! Judaism

What's the story with chametz? The struggle that led to the retirement of Idit Silman from the government Israel today 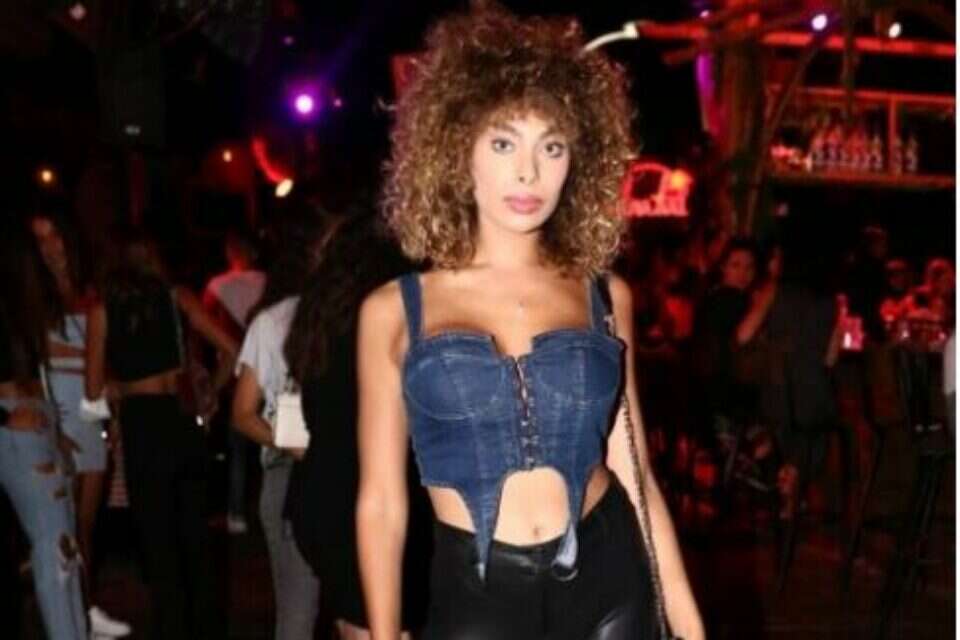 Seria: Even kosher keepers deserve more than this - voila! Food

The vast trough of low pressure brings showers and thunderstorms, and the Observatory expects rainy days to continue until 10.3 Chongyang returns to sunny days
2022-09-30T05:18:34.222Z

Customs clearance︱Tan Yaozong predicts that the number of post stations after the 20th National Congress of the Communist Party of China can be achieved by adding a closed loop of reverse isolation staff
2022-09-30T04:42:21.456Z