ZDF correspondent leaves China: "In this country you can see what lack of freedom means" Created: 08/15/2022, 10:16 am By: Sven Hauberg Police officers at Tiananmen Square in Beijing: Free reporting is impossible in China. © VCG/Imago Ulf Röller reported for ZDF from Beijing for three years. Now he is leaving China - and takes stock: "As a journalist, you are simply not welcome in a dictatorsh Police officers at Tiananmen Square in Beijing: Free reporting is impossible in China.

Ulf Röller reported for ZDF from Beijing for three years.

Now he is leaving China - and takes stock: "As a journalist, you are simply not welcome in a dictatorship."

Munich/Beijing – He was present at the mass demonstrations in Hong Kong and experienced the beginning of the corona pandemic in Wuhan: Ulf Röller has been reporting on the People's Republic of China and other countries in the region for the ZDF studio in Beijing since September 2019.

Now the journalist is moving to Brussels, and Miriam Steimer is taking over in Beijing.

, Röller talks about the difficulty of working in a country without freedom of the press.

Mr. Röller, after three years in China, what are your feelings about leaving the country?

A lot of feelings are mixed up there.

Of course I'm sad because I'm leaving a lot of friends behind.

In addition, China is a diverse, wonderful country with brave, wild and funny people.

I will miss that very much.

But I'm also worried about my Chinese colleagues, whom I have to leave behind.

Chinese working for Western media don't have it easy.

You are also leaving China at a very tense time...

I am leaving behind a country that is undergoing extreme change, and - from a Western perspective - not necessarily for the better.

When I came to China, I was impressed by the country's efficiency, especially the Corona policy.

Today I am shocked at how narrow-minded the zero-Covid policy is being adhered to.

They haven't vaccinated people enough, and they're too proud to let foreign vaccines into the country.

Xi Jinping wants to be elected to a third term in autumn, and the zero-Covid policy is closely linked to his personality.

All this leads to huge economic problems and very high unemployment.

Before that, the journalist was head of the ZDF studio in Washington for many years.

On October 1, he will take over the management of the ZDF studios in Brussels.

ZDF man Ulf Röller in China: "I'm someone who sniffs everything like a street dog"

What were your expectations when you came to China in 2019?

I'm not a China expert.

But I'm someone who goes somewhere, looks around and sniffs like a street mutt.

I first went to China for a few days in 2017 to cover Donald Trump's visit to Beijing.

And then the country fascinated me.

However, I had absolutely no idea what it was like to live under a dictatorship.

I can only recommend anyone who thinks that you can no longer say what you want in Germany to come to China.

There you can see what lack of freedom means.

Huge comet hurtling towards the sun: have you seen it too?

You could certainly see that in Hong Kong, from where you reported in 2019...

In Hong Kong, two million people roamed the streets dreaming of freedom and independence - and they knew that they couldn't win because the opponent was too big and too powerful.

It made me incredibly sad to see this movement being deprived of oxygen.

And the West just watched, China didn't have to pay a price for its actions in Hong Kong.

A few months after your arrival in Beijing, the corona pandemic began...

We flew to Wuhan in January 2020 after hearing that a new virus had emerged there.

At that time it was not yet clear how this would develop.

In the city, everyone was still walking around without a mask.

In the evening, immediately after our arrival, we drove to a large hospital and were told that the people were sitting in the corridors and that the many sick people could not be cared for.

In addition, ambulances arrived one after the other.

In one of the ambulances we saw a patient with oxygen equipment and the nurses were wearing white hazmat suits.

That's when we thought for the first time: what's going on here?

"It was then that I understood for the first time what digital dictatorship means," says ZDF's China correspondent

The next day I wanted to continue shooting but our producer said let's fly back to Beijing.

The airport was closed the next day.

We were lucky - otherwise we would have been locked up in Wuhan for weeks.

At the beginning of the pandemic, it suddenly became clear how tough the Communist Party can be to impose its ideas and goals.

In the spring of 2022, Beijing was also affected by the corona measures.

In the first two years of the pandemic, it was almost easier to live with Corona in China than in Europe and the USA.

In Beijing we never had a full lockdown.

There were times when a few restaurants had to close, but normal life went on.

It was then, however, that I understood for the first time what digital dictatorship means.

Everyone here in China has the official Corona app on their cell phone.

You are constantly being tracked by the state.

The government always knows where you are and where you've been.

And if you don't get tested daily or the result is positive, the app switches to red - and you can't get in anywhere.

It quickly becomes existential when you are no longer even allowed to go to grocery stores.

There have even been incidents where people wanted to demonstrate against something - and the app just went red and people couldn't buy train tickets or rent cars.

I believe the Chinese government is using the Corona app as a blueprint for their social credit system, which they want to use to control the entire population.

Of course, the app is intended to keep the virus in check.

However, it is also a comprehensive field test

China viewer Röller: "I'm sure that our offices and apartments are bugged"

Can you understand this escape movement?

I'm leaving the country too.

But I can only partially understand the arguments of the foreigners who live in China and now want to leave it.

It's really difficult when you can't see your family due to travel restrictions.

And I understand that people are afraid of the loss of control caused by the Corona measures.

But you know that you live in a dictatorship before you go to China.

Because China was already a dictatorship before Corona.

Many people who work for foreign companies in China said to us journalists: stop criticizing everything.

But now they are experiencing for themselves the harshness with which the state reacts.

And this despite the fact that foreigners still live more privileged lives than the Chinese.

How freely have you been able to report from China in recent years?

As a journalist, you always have to expect that you will be followed and stopped by the authorities.

I'm also sure that our offices and homes are bugged.

Authorities often do everything they can to prevent you from following a particular story.

For example, if you buy a ticket to Kashgar to shoot in the Uyghur province of Xinjiang, the local authorities are informed immediately, and they make life difficult for you.

It is an eternal competition with the authorities.

But what our local helpers do is really heroic.

Our risk is calculable, but it is much more difficult for our employees from China.

As a journalist, you are simply not welcome in a dictatorship.

How do you manage to look at China with as little bias as possible?

As a German in China, you naturally remain a product of your origins.

That's why you have to try to listen to other positions first, without making equal judgements.

Also, as the West, we need to be aware of our own double standards.

On the one hand, we wish China every success economically because our prosperity depends on it.

At the same time, we wish the political system all the best so that China does not overtake us.

I find it dishonest to raise the moral index finger and at the same time make big deals. 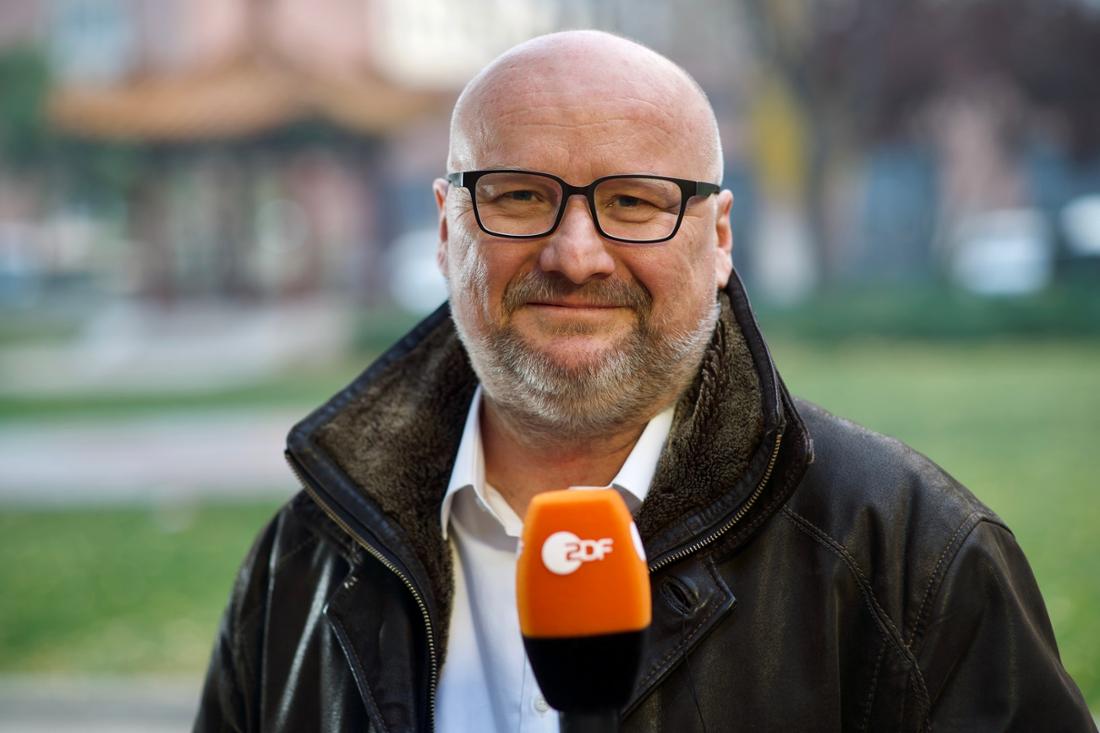 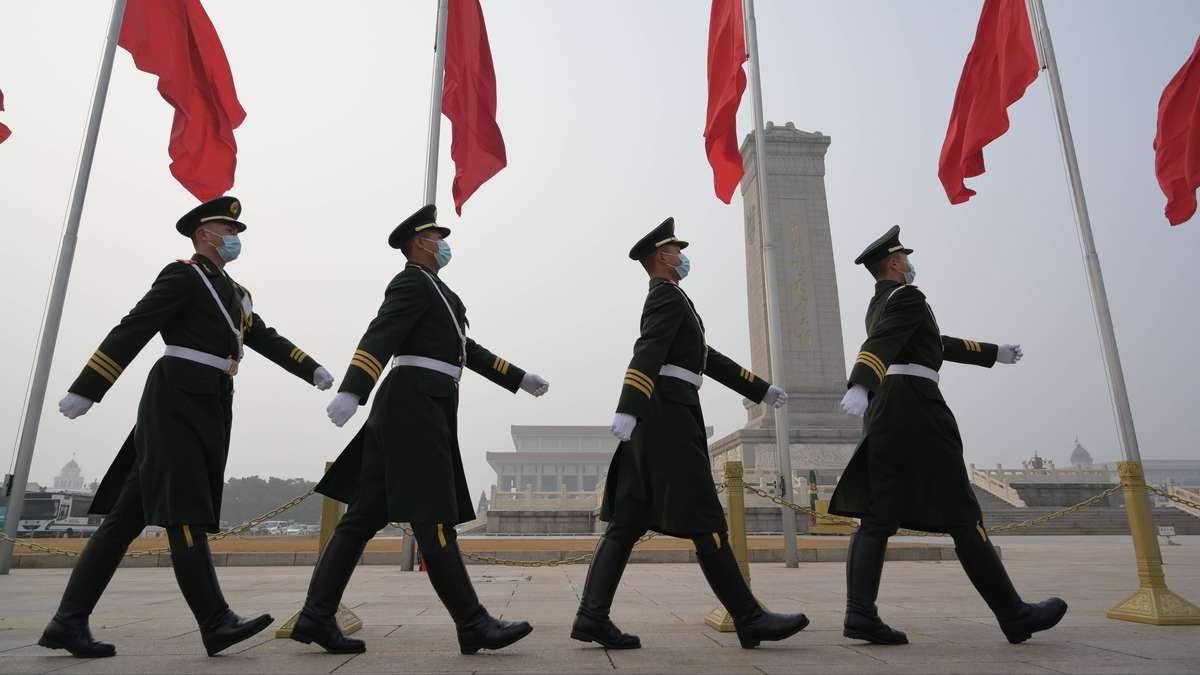 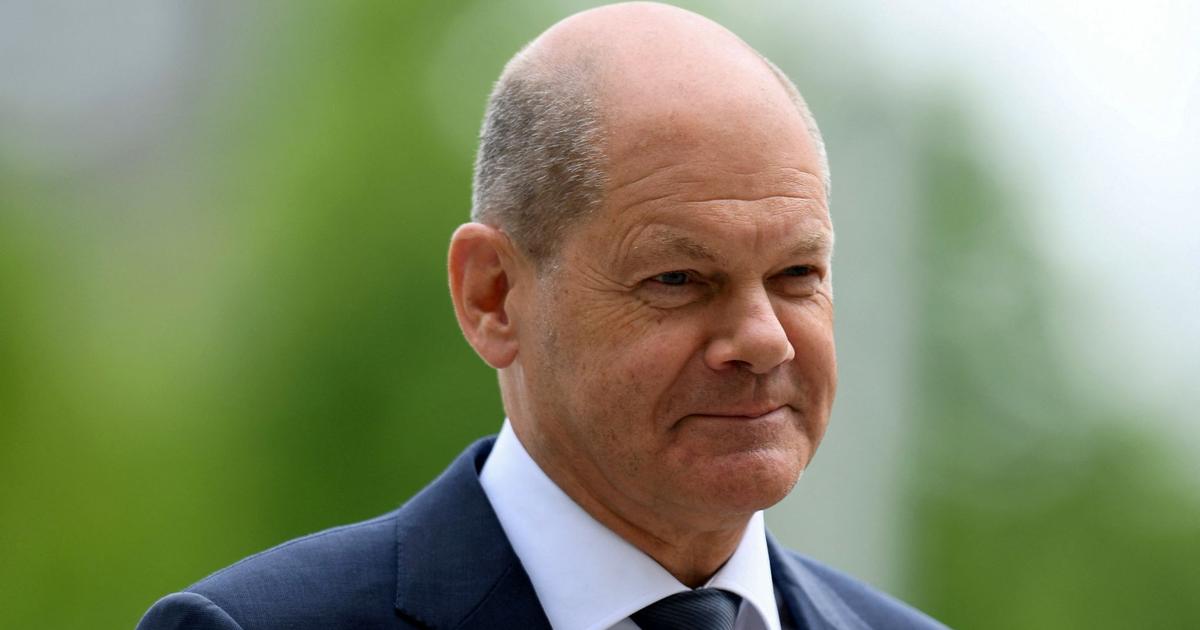 Is the German model suitable for a war in Europe?