The celebrations for the betrothal of Crown Prince Hussein and Princess Imam leave behind the fracture of the Hashemite dynasty after the failed palace plot of Hamza, the king's stepbrother 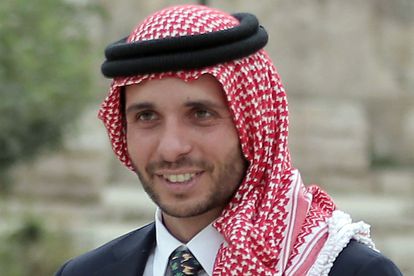 The announcement of the wedding of Prince Hussein, heir to the throne of Jordan, a month after the celebration of the betrothal of his sister, Princess Imam, has brought joy back to the royal family of the Hashemite dynasty, headed by the King Abadalá II and Queen Rania.

The news comes after an

of palace conspiracies, corruption scandals and health problems for the monarch.

Hussein, 28, got engaged on Wednesday to the Saudi Rajwa al Saif, the same age, in a family ceremony held in Riyadh before the families of the bride and groom: that of the Jordanian kings and that of the businessman Khalid al Saif, father of the fiancée.

At the beginning of July, the Royal House had already announced the marriage commitment of Imán, second daughter of Rania and Abdalá, 25, with the financier of Venezuelan origin living in New York, Yamil Alexander Thermiotis, 28.

“I did not think it was possible to carry so much joy in my heart”, Queen Rania, who has returned to frequent social networks in line with both celebrations, has summed up her feelings through her Twitter account.

The death of her father, in May, and the spinal operation to which her husband underwent an emergency in May in a hospital in Frankfurt (Germany), marked the last episodes of a chain of family misadventures since the spring of 2022.

I didn't think it was possible to hold so much joy in my heart!

Congratulations to my eldest Prince Hussein and his beautiful bride-to-be, Rajwa pic.twitter.com/hVhJHhnCir

Having completed his training seven years ago now, he began to participate in the first major public events under the supervision of kings.

Like his father and his grandfather, he pursued military training at Sandhurst Military Academy (UK).

Today he is a helicopter pilot in the Jordanian Armed Forces, where he has provided humanitarian assistance during the pandemic.

She is linked to the Saudi royal family by linking her to the Al Sudairi clan, to which the current King Salman also belongs;

as well as she related to the influential sheikhs of the city of Al Attar, in the province of Néyed, geographical center of the Arabian peninsula.

Her father is the owner of one of the main Saudi construction companies, which has erected some of the skyscrapers that define the urban skyline of the most dynamic capitals of the Persian Gulf.

Before the engagement celebrations, a game of thrones within the Hashemite dynasty came close to destabilizing 60-year-old Abdullah II last year.

The palace plot was apparently closed in April with Prince Hamzah's relinquishment of his dynastic rights.

Half-brother of the king, eldest son of the fourth and last marriage of the common father - Hussein of Jordan, who died in 1999 - with Queen Noor, Hamza, 42, was designated heir to the throne when his half-brother came to the throne 23 years ago .

But he was relegated in favor of Prince Hussein in 2004. Suspected of sedition in a "foreign-inspired" plot, he has been under de facto house arrest for 15 months.

Hamzah bin Hussein, Prince of Jordan, son of Noor and Hussein of Jordan and half brother of King Abdullah II, in September 2015 in Amman. KHALIL MAZRAAWI (AFP)

The relationship between the two half-brothers continued to worsen, aggravated by the struggle between Queen Dowager Noor and Queen Rania in defense of the rights of their firstborn.

The attempted sedition sharpened the dynastic rift in the oasis of calm and security that Jordan aspired to represent amid the turmoil in the Middle East.

The identity struggles between Bedouins, like Prince Hamza, and Palestinians, Rania's national origin, mark the future of the Arab country.

Abdullah II's marriage to Rania, born in exile to a family that fled after the birth of the Jewish state in 1948, to a large extent embodies the pact between the two great communities of Jordan.

Hamzah, for his part, represents the defense of the privileges of the

Bedouin tribal brotherhoods, who view with concern the transformation of an increasingly diverse society.

Last summer, a military court sentenced Sharif Hassan bin Zaid, a member of the royal family and childhood friend of the monarch, and former minister and royal adviser Basem Awadala, to 15 years in prison for their involvement in the coup plot attributed to Hamza.

Both also have Saudi nationality and maintained close relations with Mohamed Bin Salmán, the crown prince of Saudi Arabia and de facto strong man in Riyadh.

The Hashemite dynasty was founded by Hussein Bin Ali, Sherif of Mecca and protector of the holy places of Islam, but the separation under British mandate of the kingdoms of Transjordan and Arabia after the First World War gave rise to a hidden rivalry with the Saud .

Both royal houses claim descent from the Prophet Muhammad.

The wedding of the heir to the Jordanian throne with a young woman from a noble and wealthy Saudi family now seems to bridge the old gap between the two monarchies.

Shadows of corruption in the midst of the crisis

The so-called Pandora Papers, a leak obtained by the International Consortium of Investigative Journalists, in whose analysis EL PAÍS collaborated, revealed last October that Abdalá II is the owner of 14 undeclared luxury homes, distributed throughout the United Kingdom and the United States. .

The properties were acquired through shell companies registered in tax havens, and their total value amounts to more than 96 million euros.

The dwellings include a house in Ascot, UK, where the favorite horse races of the British aristocracy are held;

another four luxury apartments in Washington, USA, with panoramic views of the Potomac River, and three adjoining waterfront homes in Point Dume, near Los Angeles, California.

Jordan's economy has been withering for some time, with an unemployment rate of more than 25% (40% among those under 30), and with more than a million Syrian refugees in its care, among 10 million inhabitants.

The consequences of the war in neighboring Iraq and Syria have exacerbated its decline as a commercial crossroads. 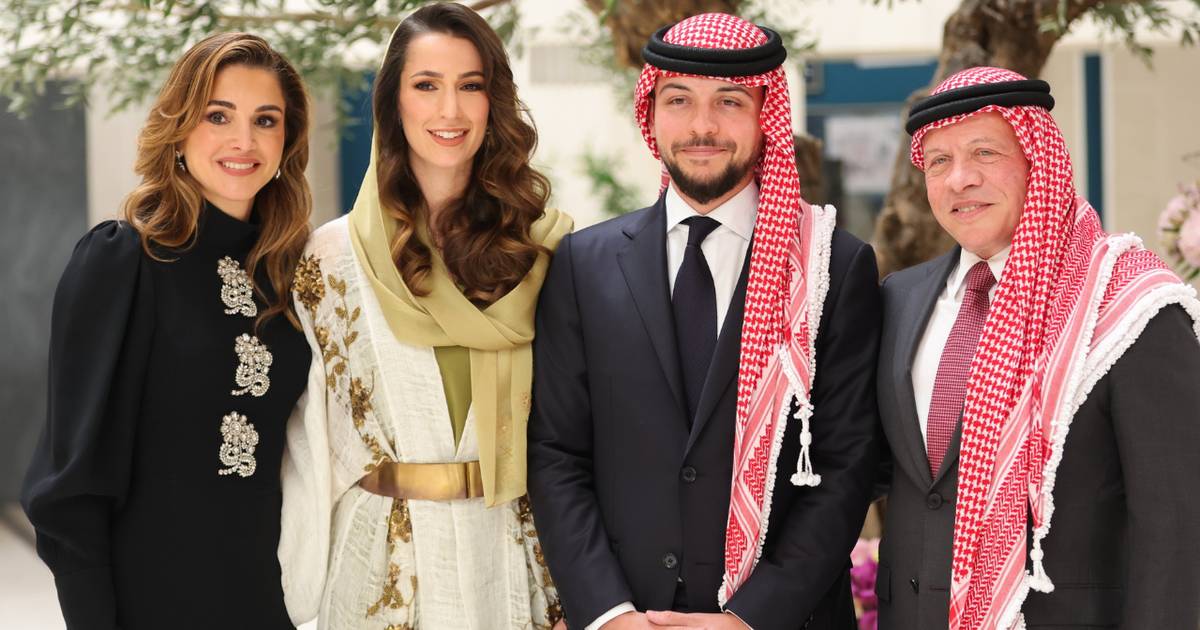 The royal engagement of the son of Rania of Jordan 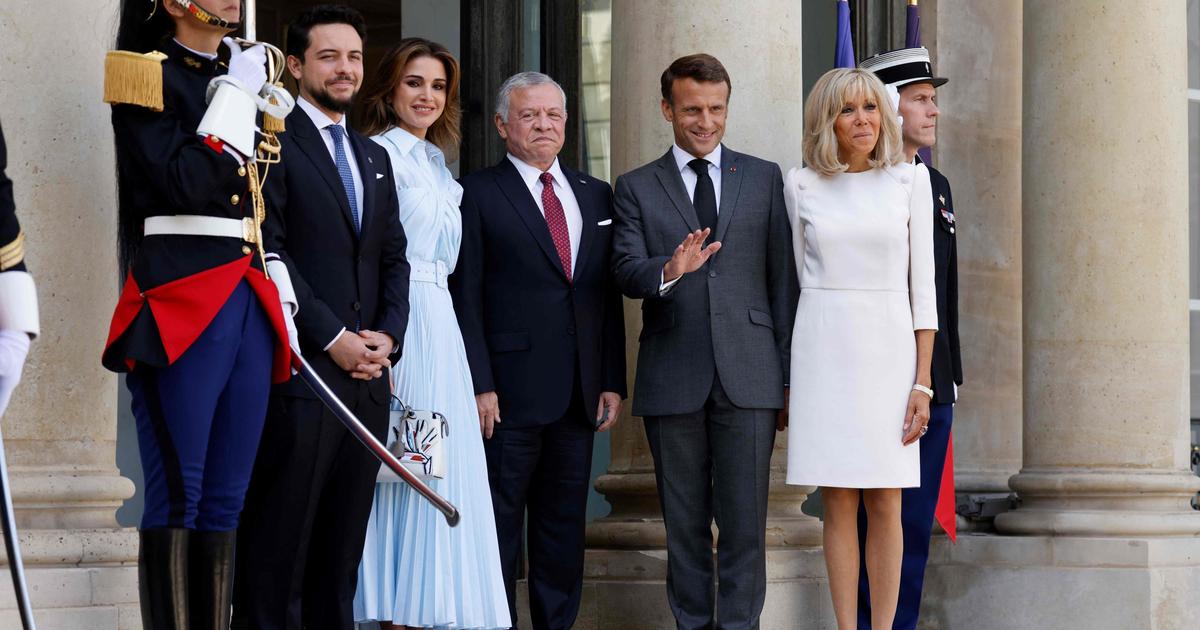 The Macron couple receive the King and Queen of Jordan 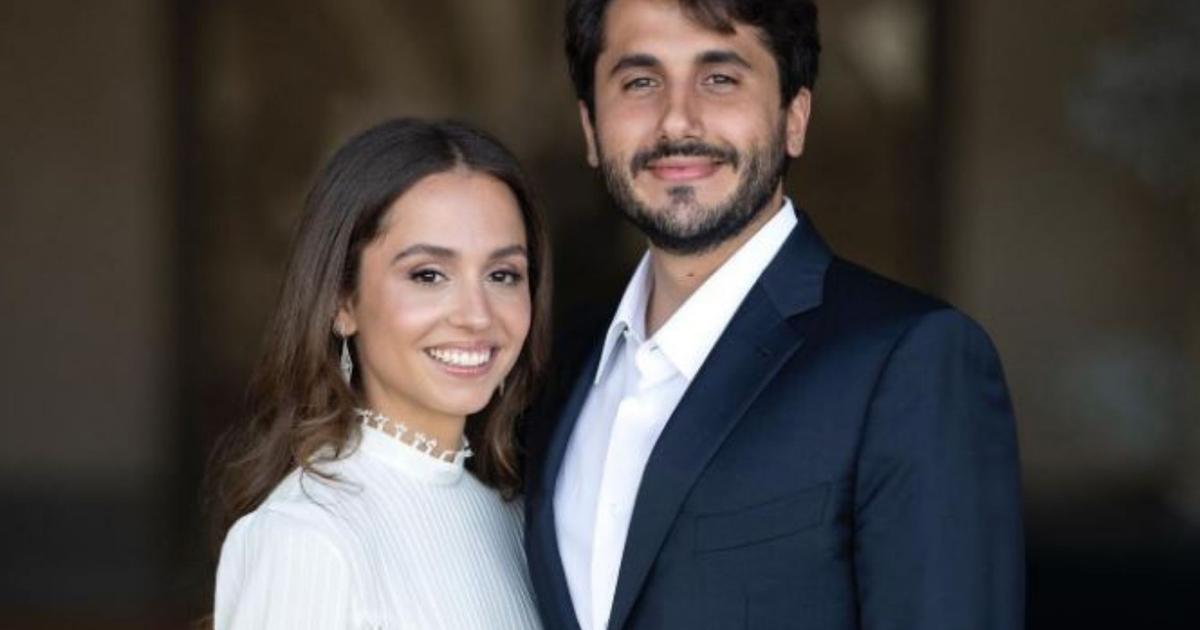 Princess Iman of Jordan, 25, is engaged 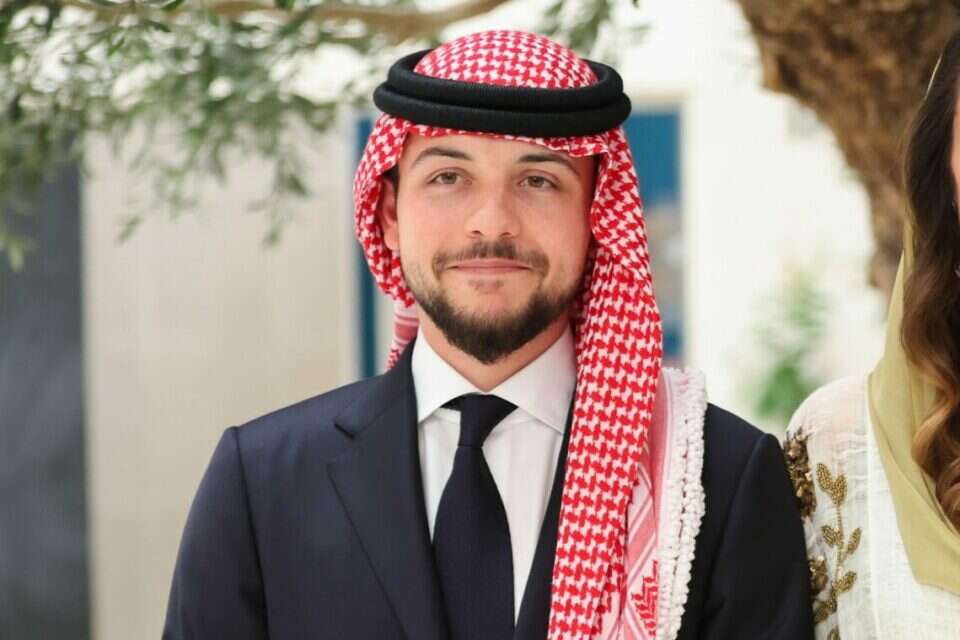 The prince is in love: this is the next queen of Jordan Israel today 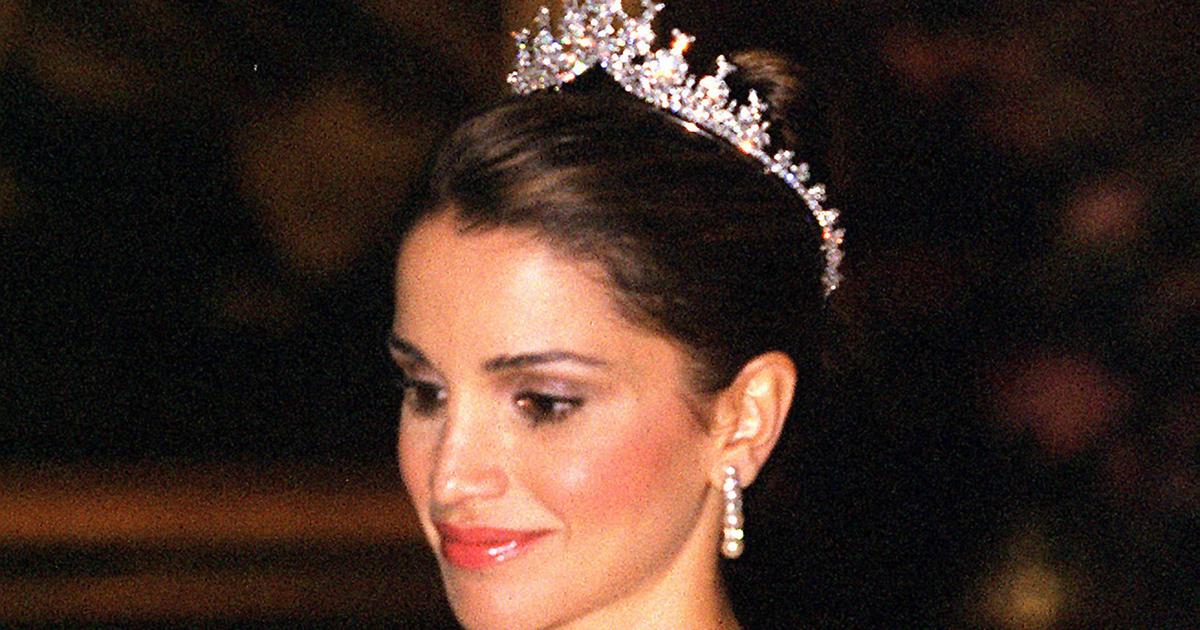 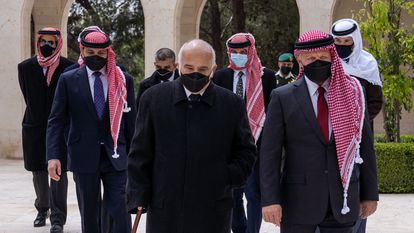 Hamzah, the Jordanian crown prince who no longer wants (nor can) reign 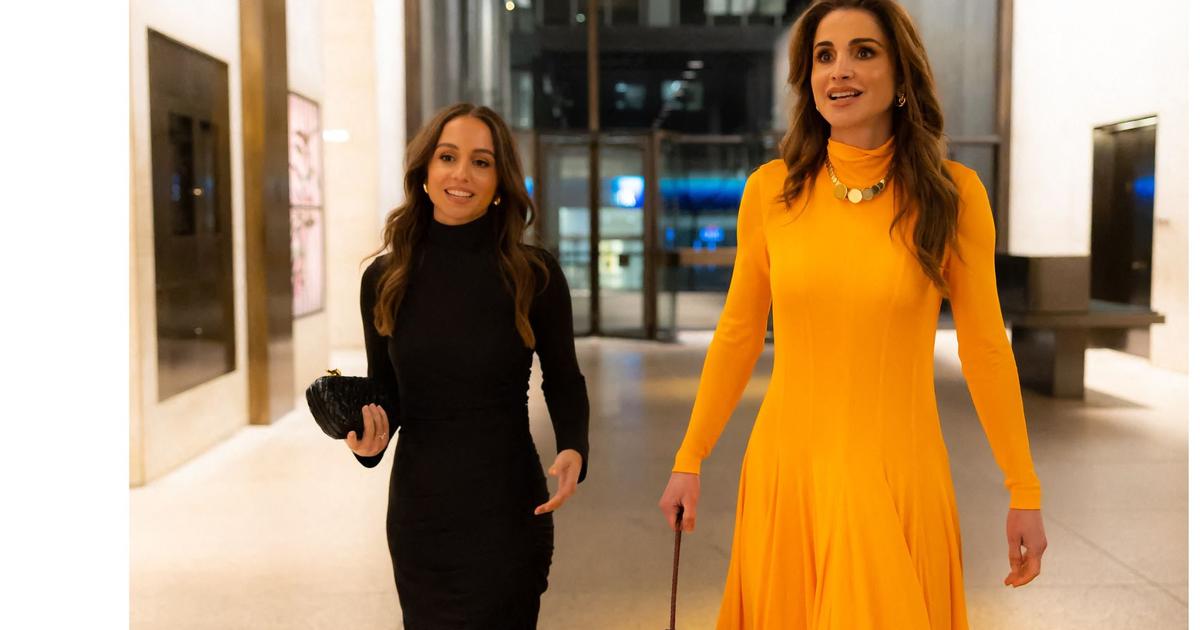 In photos, Rania of Jordan and her daughter, Princess Iman, at the Kering Foundation dinner