After being “disfigured” by aesthetic medicine, Linda Evangelista reappears on the cover of British Vogue

After having lived as a recluse since an intervention of aesthetic medicine which "deformed for life" her face and her body, the supermodel reconnects with the world of fashion. In the British edition of Vogue, Linda Evangelista recounts the ordeal she endures to reclaim her image. 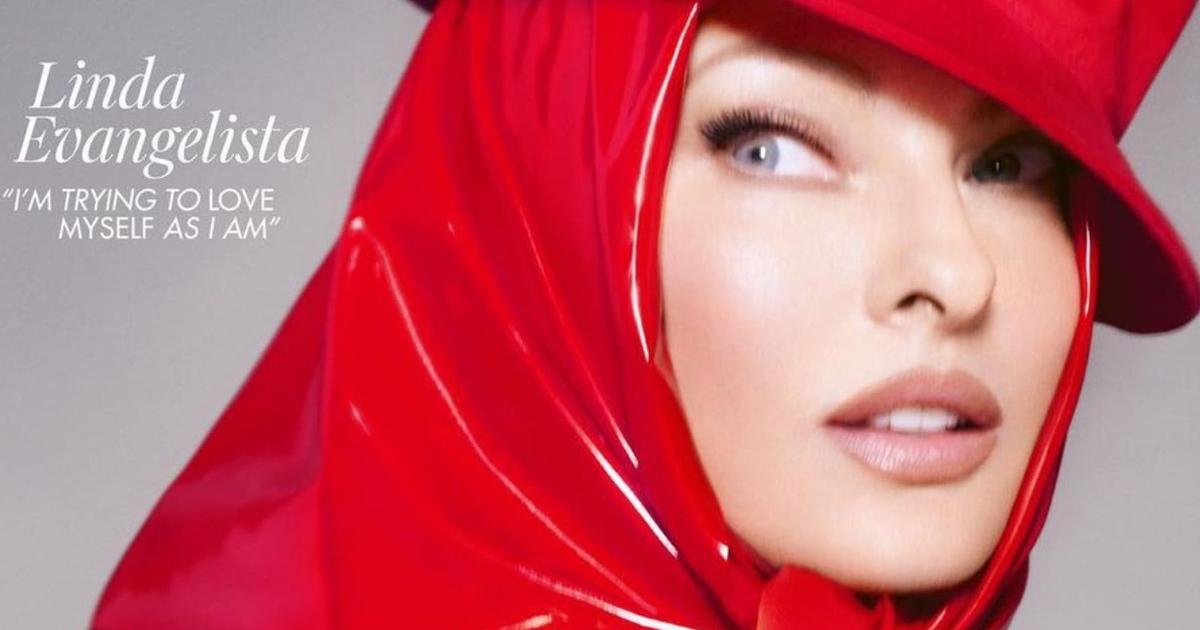 Linda Evangelista is ready to make her return to modeling, but is still struggling to feel good about herself.

For five years, the iconic supermodel of the

has been caulked out of sight because of a procedure of CoolSculpting (or cryolipolysis, a technique of aesthetic medicine which consists in destroying fat by cold) which would have made "unrecognizable".

After posing for the latest Fendi ad campaign last month, the supermodel confirms her professional renaissance by appearing on the cover of

Linda Evangelista is thus revealed in close-up, her face surrounded by a red scarf and topped with a high hat of the same color.

A far from trivial outfit, which actually hides the physical changes caused by these aesthetic medicine interventions.

“It's not my jaw and my neck in real life,” she confided in the interview associated with this photoshoot signed Steven Meisel.

Determined not to hide anymore, the 57-year-old top came out of silence in September 2021, revealing her story in broad daylight on her Instagram account.

"I couldn't live in this pain anymore, she says in the interview with

, I knew I had to change things, and the only change was to tell my truth."

If I had known the side effects could involve losing your livelihood and ending up so depressed that you hated yourself...I wouldn't have taken the risk.

Linda Evangelista in the British edition of "Vogue" magazine

Linda Evangelista took advantage of this new media window to come back to the reasons that led her to resort to this practice of cryolipolysis: “These advertisements for CoolSculpting were broadcast all the time, again and again, and they asked: you what you see in the mirror?”

It spoke to me.

It was about stubborn fat in certain areas and not going away.

It said there was no downtime, no surgery and… I drank the “magic potion”.

I did it because I'm a bit vain,” she confesses.

(...) If I had known that the side effects could involve losing your livelihood and ending up so depressed that you hated yourself...I wouldn't

Read also"I stopped, I don't want to look deformed": Jane Fonda admits not "being proud" of having had a facelift

The model alleges the procedure would have 'increased, not decreased, fat cells', rendering her 'unrecognizable'.

Within three months of the treatment, areas of her face and body reportedly started to get “bigger and harder,” like excess skin sticking out.

In June 2016, a doctor diagnosed her with paradoxical adipose hyperplasia, a rare post-operative complication of which she says she was not informed.

"I was losing my mind"

The 50-year-old tried to correct these undesirable effects by trying liposuction twice.

“I have incisions all over my body.

I had stitches, I wore compression garments under my chin, my body was tightly belted for eight weeks – nothing helped,” she recalls.

I thought the only way to fix this was 'zero calories', so I just drank water.

Or sometimes I would take a stick of celery or an apple.

I was losing my mind.

Linda Evangelista in the British edition of "Vogue" magazine

In desperation, she radically decides to stop eating: "I was so embarrassed, I had just spent all that money and I thought the only way to fix it was 'zero calories', so I just drank the water.

Or sometimes I would take a stick of celery or an apple.

I was losing my mind."

Read alsoAesthetic medicine: the 15 questions to ask yourself before taking action

After filing a lawsuit against Zeltiq Aesthetics (the parent company of CoolSculpting) for “serious injuries” last year, Linda Evangelista assures that the dispute was finally resolved in court.

“I am delighted to have settled the CoolSculpting case.

I look forward to the next chapter of my life with my friends and my family, and I am happy to put this matter behind me”, she shared on her social networks last July.

However, Linda Evangelista has undeniable scars from this story and is still struggling to regain her self-esteem.

The Canadian admits she still can't look at herself in the mirror, or bear someone touching her body.

“Am I mentally cured?

Absolutely not”, she admits, “I try to love myself as I am, but for the photos, I always think that we are there to create fantasies.

I think it's allowed."

If recent collaboration with Fendi and this photoshoot with

officially mark his shy return to the camera, the model prefers to remain lucid about his professional future.

"You're not going to see me in a bathing suit, that's for sure.

It's going to be difficult to find jobs with things beyond me;

without retouching, or tightening, gluing, compressing or cheating…”, she concedes in the English magazine, underlining the fact that in these photos, she is almost completely covered.

"I miss my job so much, but honestly, what can I do?

It's not going to be easy,” she concludes. 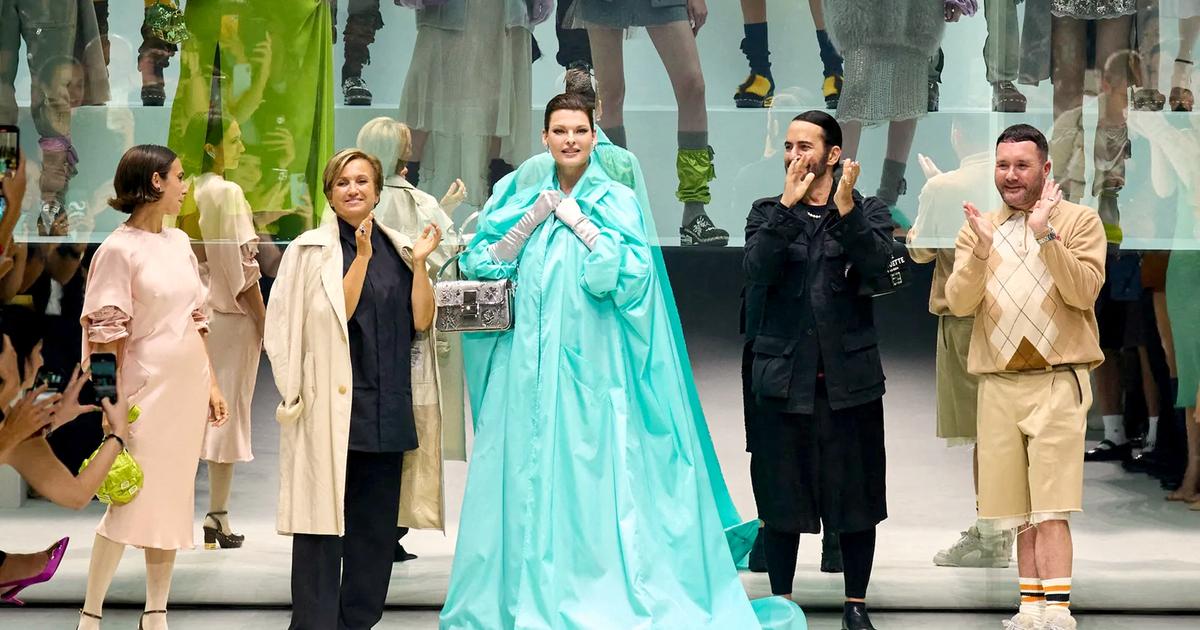 In New York, standing ovation for Linda Evangelista's return to the Fendi podium

After being “disfigured” by aesthetic medicine, Linda Evangelista reappears on the cover of British Vogue 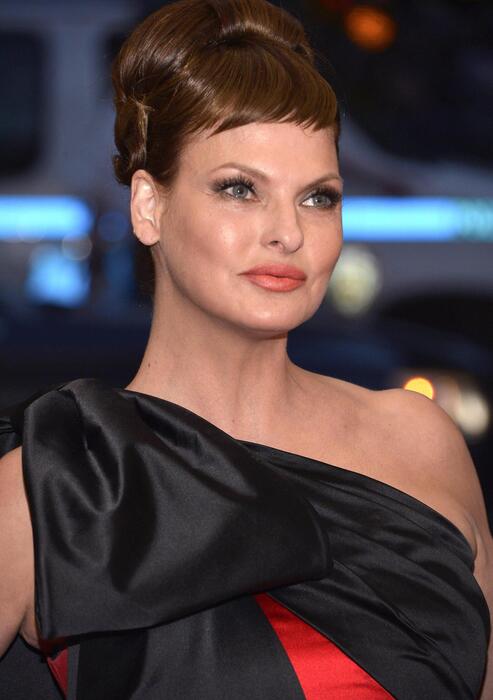 Linda Evangelista disfigured returns to the cover, "but with retouching" - Lifestyle 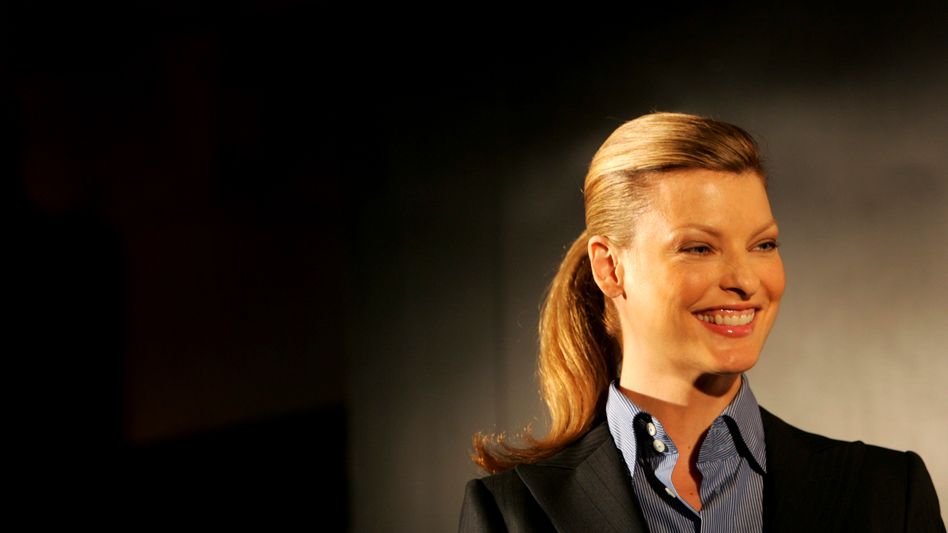 Linda Evangelista on failed plastic surgery: "I miss my work so much" 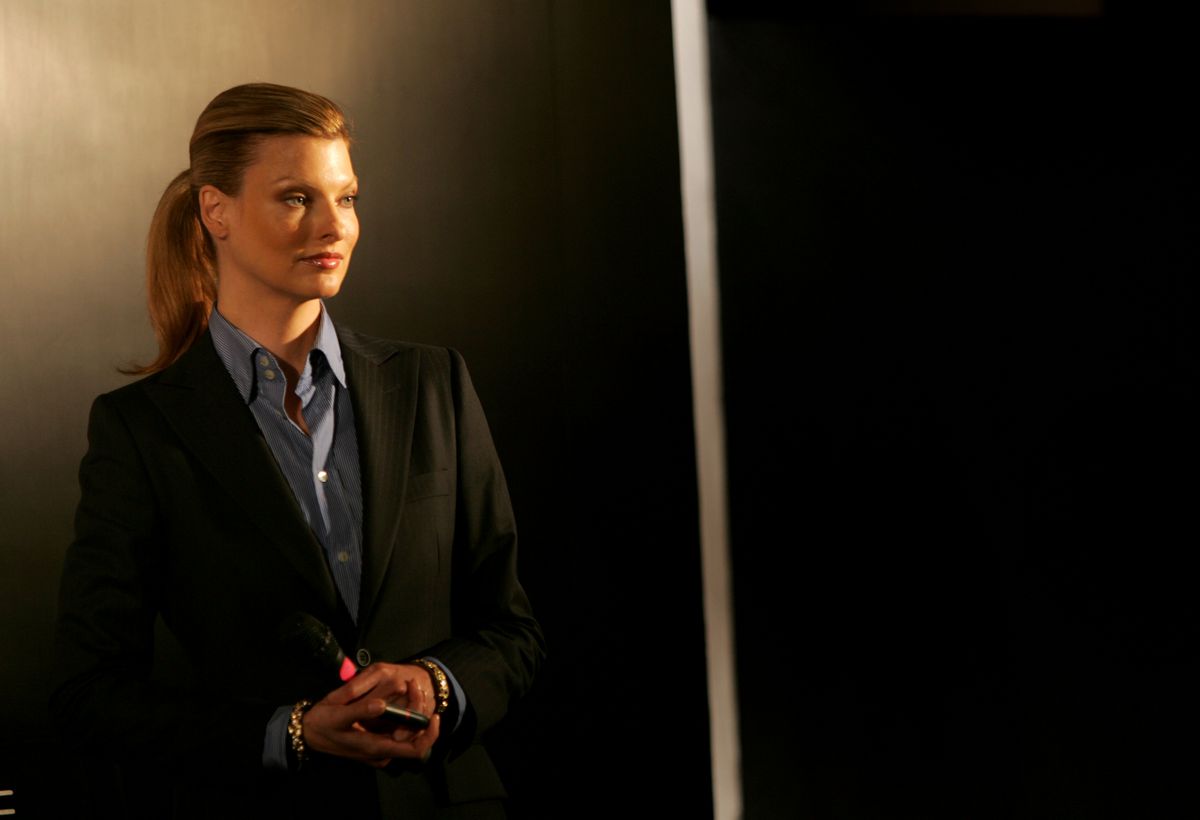 Linda Evangelista's aesthetic odyssey ends: the model ends the lawsuit for the deformation caused by liposculpture 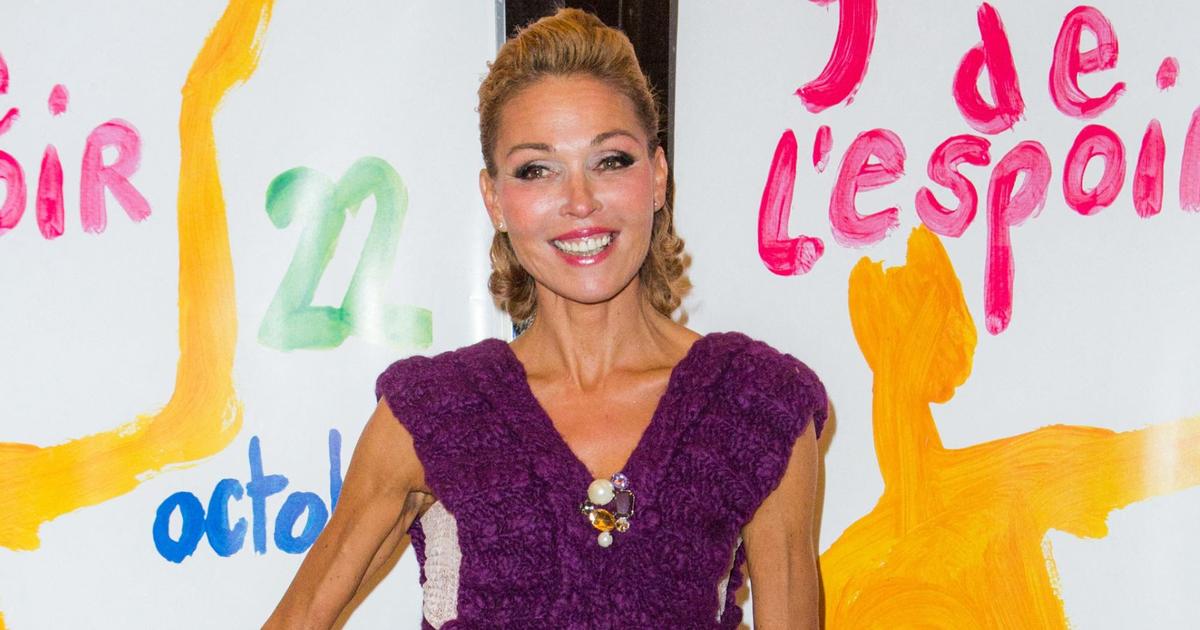 “There was water flowing, liters …”: singer Indra recounts her ordeal with Botox 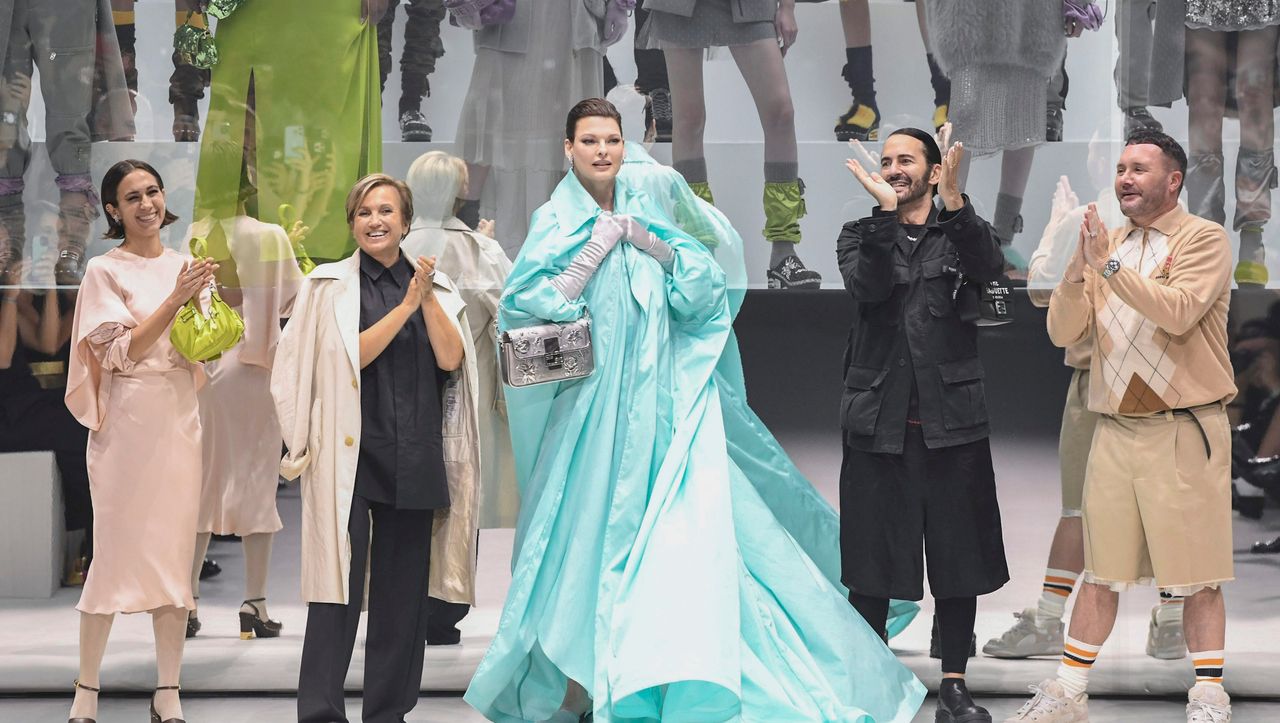 Linda Evangelista: Supermodel shows up on the catwalk for the first time after failed cosmetic surgery