It is still unknown if the prelate, who suffered 15 days of siege, will be transferred to prison or forcibly exiled 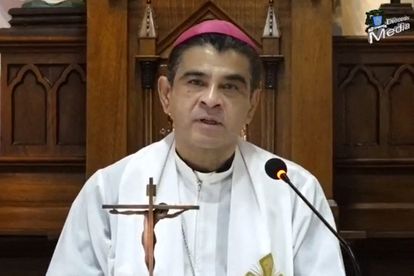 Bishop Rolando Álvarez, during a mass on August 5.- (AFP)

Around 3:40 a.m. this Friday, while the city of Matagalpa slept, a convoy of special police forces led by Daniel Ortega and Rosario Murillo took Monsignor Rolando Álvarez, the bishop most critical of the regime that continued in Nicaragua.

After 15 days of siege and police harassment of the curia, where the religious was with eight priests and collaborators in captivity, this arrest has occurred, which is one of the hardest blows of the Sandinista regime in the religious persecution it maintains against Catholicism. that criticizes human rights violations.

At this time, the National Police has entered the Episcopal Curia of our Diocese of Matagalpa," the diocese's Facebook account published at the time of the religious's kidnapping.

According to ecclesiastical sources and sources from that northern city, the operation was “express” and Monsignor Álvarez was transferred in a van to an unknown destination, along with the other priests who accompanied him.

Until now, it is not known if the bishop was transferred to a prison or will be forcibly exiled, as some Catholic sources suggested.

According to Matagalpa lawyer Yader Morazán, "between 15 and 20 vehicles with police and paramilitaries were deployed, they ordered the security guards of the banks and businesses to hide and not see what was happening," while they closed a grocery store. convenience that works 24 hours.

“The Law establishes that the searches must be carried out between six in the morning and six in the afternoon, and only in these two exceptional cases can it be done at another time: With the consent of the owner of the house or in extremely serious cases and urgent, according to article 217 of the Code of Criminal Procedure.

Having Monsignor Álvarez under his control for more than 15 days, where is the urgency or seriousness? ”, Asked the jurist, who worked in the judicial service of that northern department.

The last tweet of the bishop of Matagalpa was published on his official account at around 12:36 in the morning.

He said: "Let's worry about wearing the party dress in the Kingdom of God."

The police actions against the religious began on August 4, after a group of policemen prevented the celebration of the morning mass at the San Pedro Apóstol Cathedral in Matagalpa, before which the bishop went out to pray with the Blessed Sacrament. on high, and then turned his back on the agents to kneel and cry out to God.

On August 5, the Ortega and Murillo police opened an investigative process against Monsignor Álvarez, allegedly for "trying to organize violent groups and carry out acts of hatred against the population."

According to the Police, the prelate as head of the high authorities of the Catholic Church and "taking advantage of their status as religious leaders, using the media and social networks, they are trying to organize violent groups, inciting them to carry out acts of hatred against the population. … with the purpose of destabilizing the State of Nicaragua and attacking the constitutional authorities.”

Since that day, the Ortega and Murillo regime intensified the police siege in the residence of Monsignor Álvarez and the streets near the Curia, which were maintained until the kidnapping this morning taken by dozens of agents from the Directorate of Special Operations (DOEP). ) fully armed.

In order to resist the 15-day kidnapping, Monsignor Álvarez and his companions had to ration the food that the bishop keeps in his cupboard, since the Sandinista regime did not allow food or medicine to enter the residence of the religious.

The police siege against the bishop is led by commissioner Ramón Avellán, a loyalist to the Ortega-Murillos and in charge of violent operations against opponents since 2018.

“With an indignant and hurt heart, I condemn the nightly kidnapping of Monsignor Álvarez.

Those who know, tell where my brother bishop is!

May his kidnappers respect his dignity and release him!

Once again, the dictatorship once again overcomes its own evil and its diabolical spirit,” Bishop Silvio Báez, the first prelate forcibly exiled by the regime, expressed on his Twitter account.

For his part, the exiled priest Edwin Román described Álvarez's kidnapping as outrageous.

"Enough of so much silence, let those who have to speak and show their faces speak, that is called a sin of omission," said the priest, whose criticism rhymes with the questions to the Episcopal Conference of Nicaragua that has been timid in denouncing the harassment suffered by Catholicism in this Central American country. 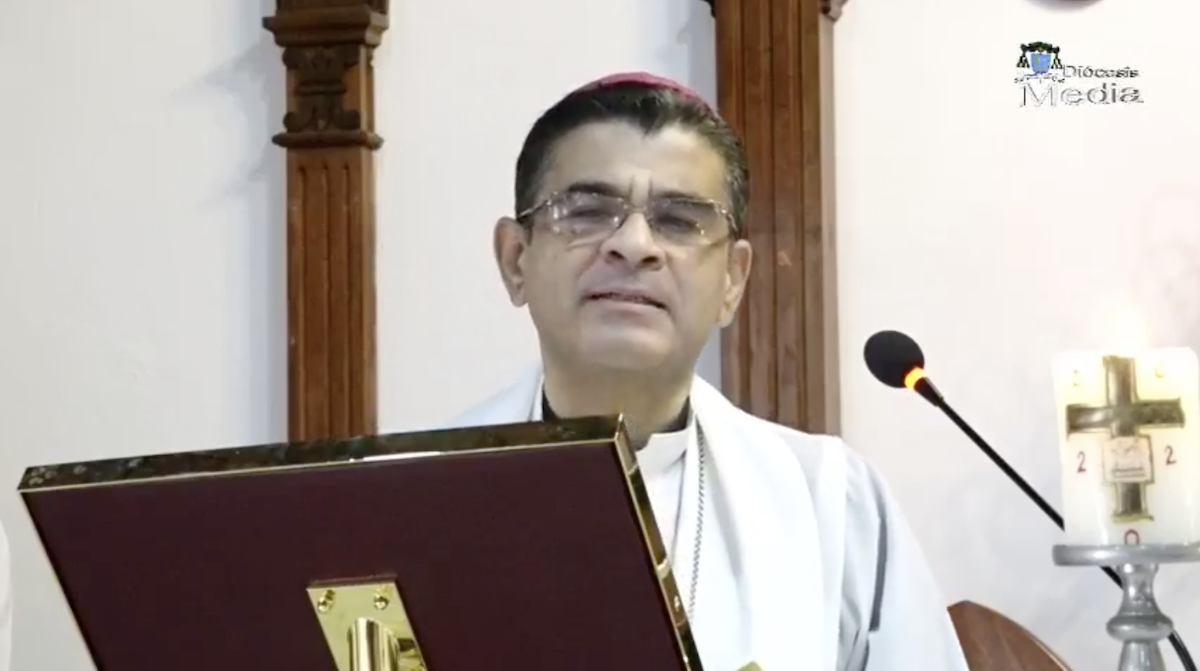 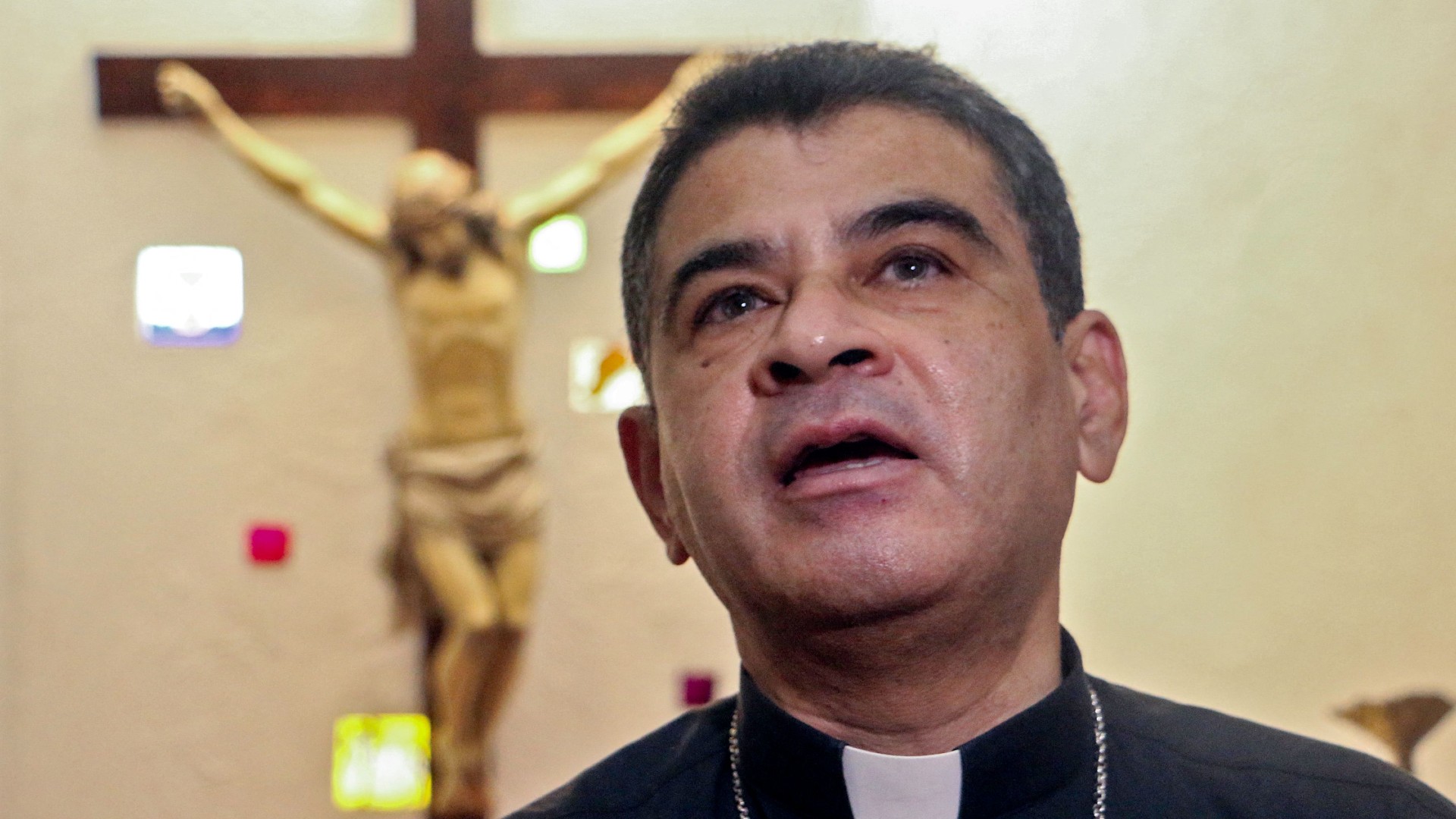 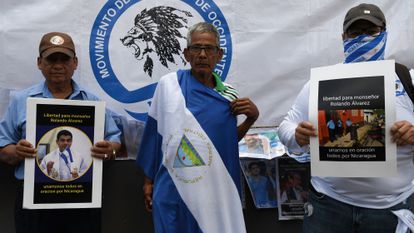 Who is Monsignor Rolando Álvarez, the visible face of the confrontation between the Catholic Church and the Nicaraguan regime? 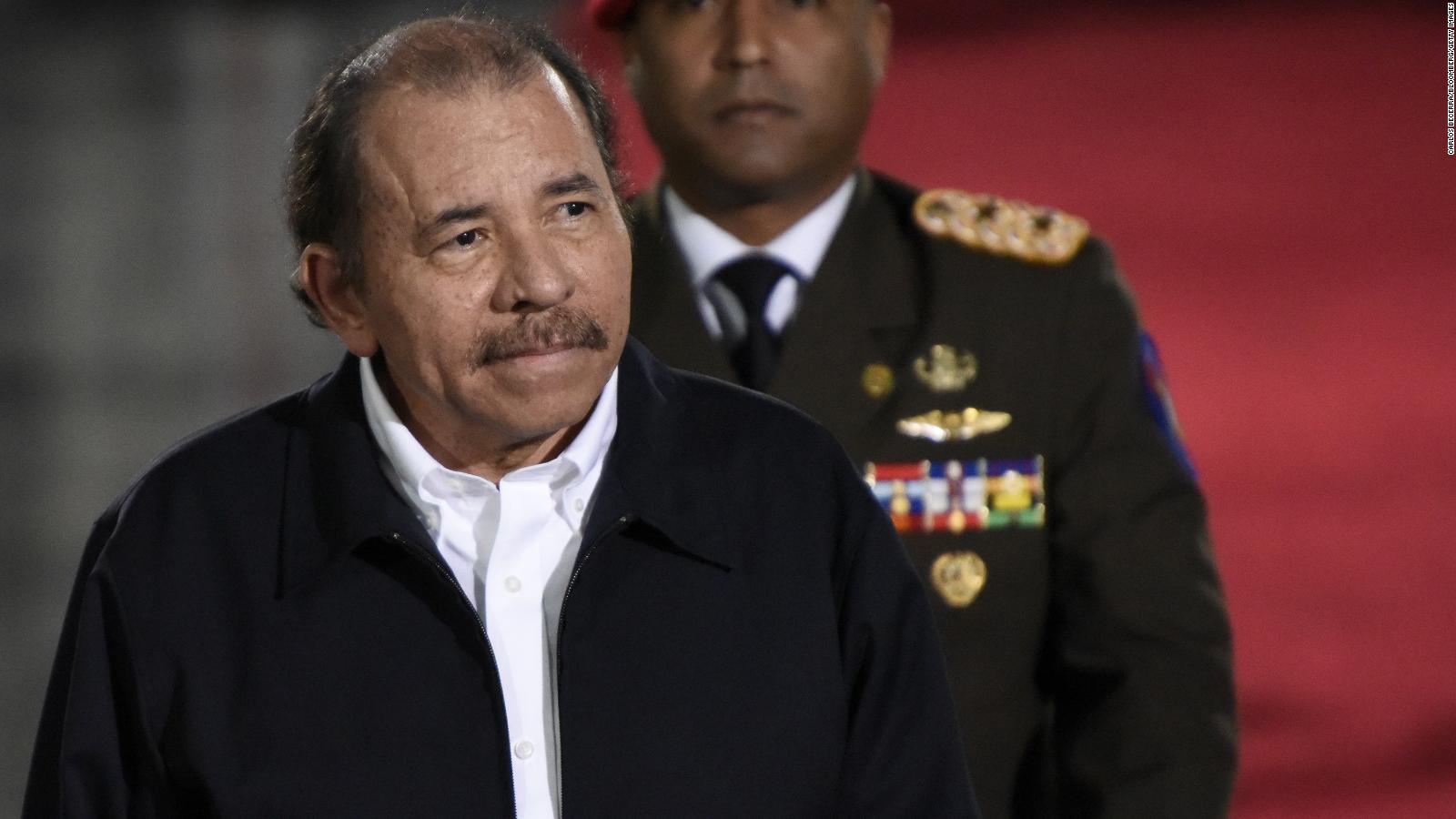 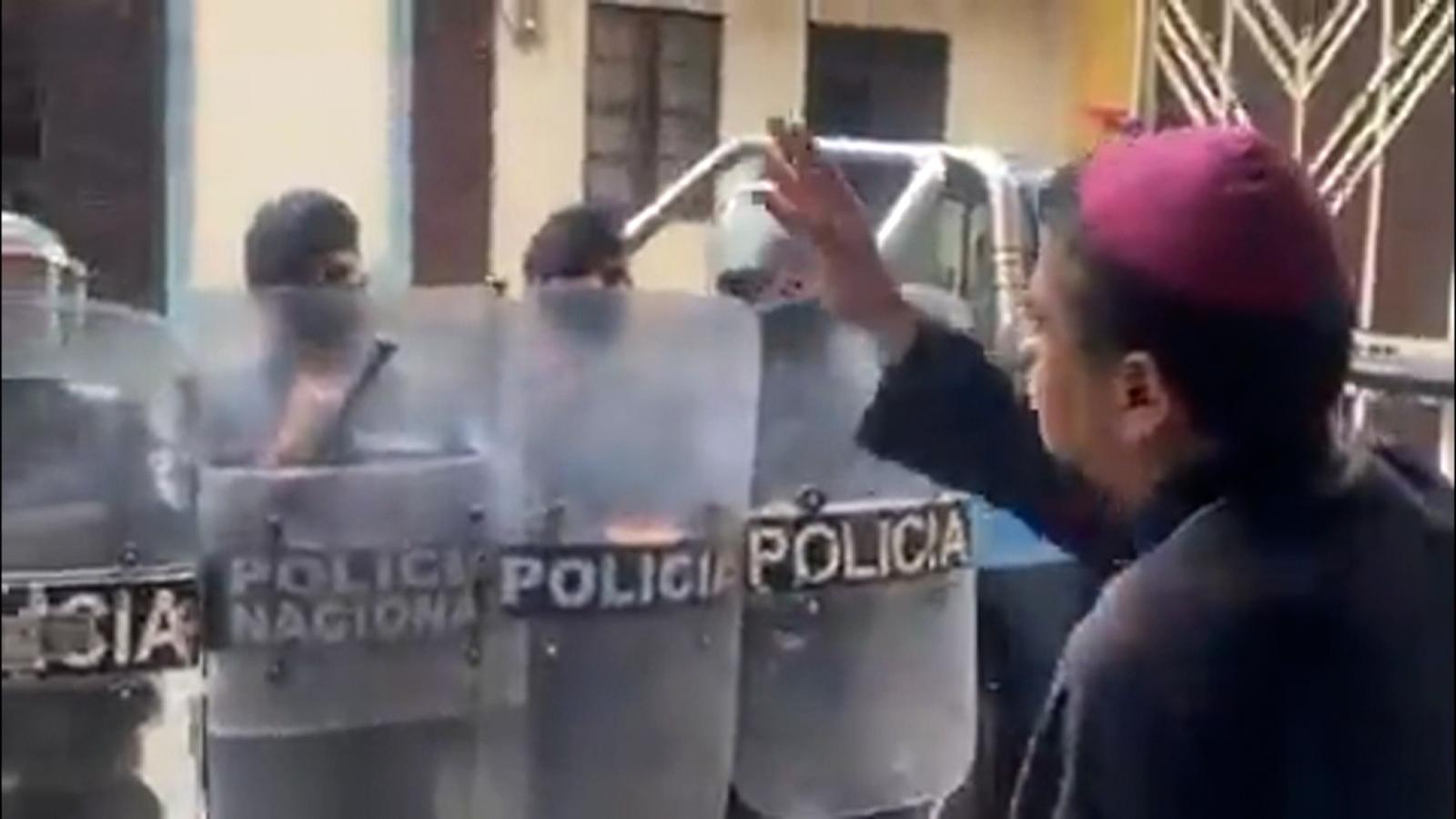 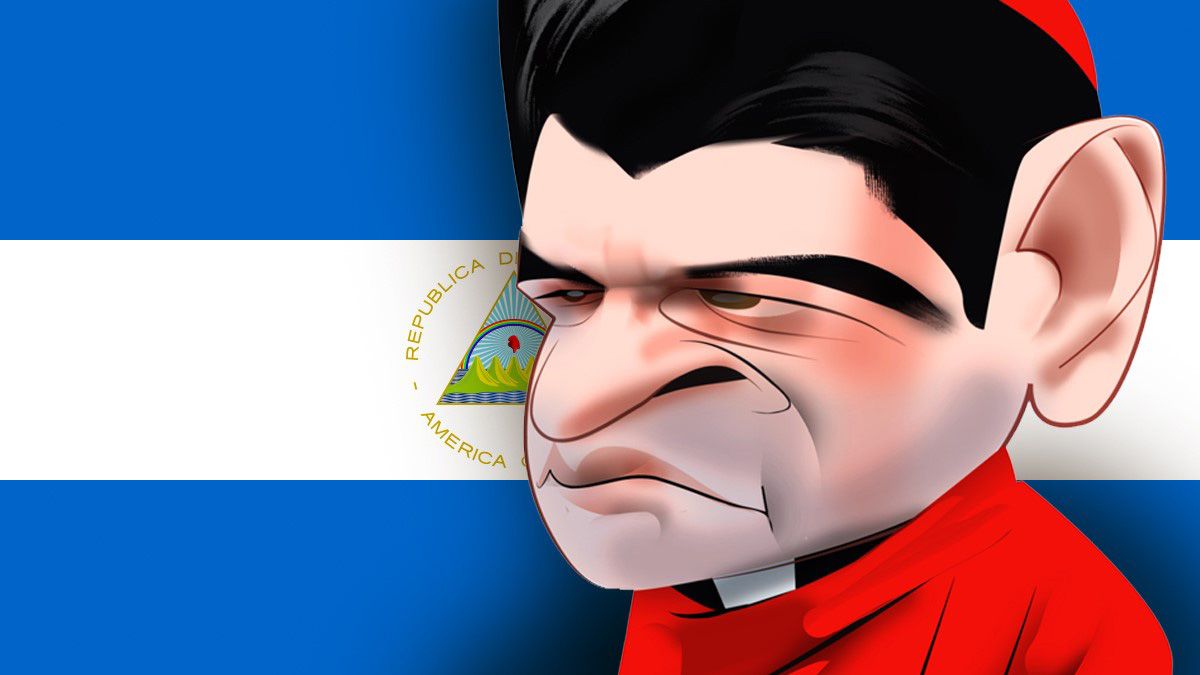 Immigrate to the UK｜British media: Zhuohuisi will change the visa system to alleviate the British labor shortage
2022-09-25T14:10:18.914Z

Soul Breaking Sky Cliff｜The photos of the rescue team of the civil security team exposed the climbing coach: the terrain is extremely dangerous and difficult to climb
2022-09-25T13:52:39.486Z

More than half of the interviewed middle school students are anxious and have a poor relationship with their parents. Institutions urge to listen to their children
2022-09-25T13:46:22.987Z