An ammunition depot is apparently on fire near the border with Ukraine. Russia transports high-tech weapons to Baltic Sea exclave. And: Putin is said to be planning a trip to the G-20 summit. The overview. 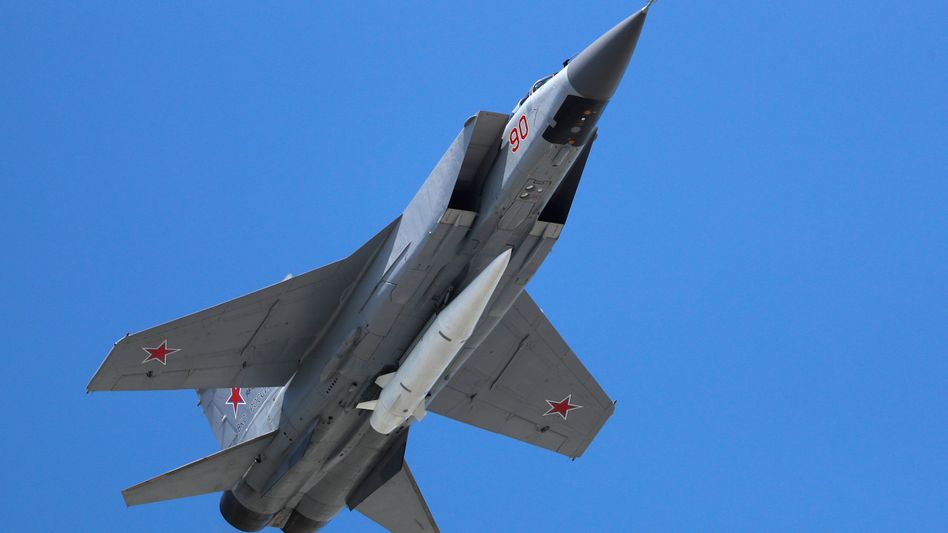 As a threatening gesture against the West, Russia says it has moved fighter jets with the new hypersonic missiles Kinschal (Dagger) to its Baltic Sea exclave of Kaliningrad.

Three MiG-31 interceptors with the air-to-surface missiles were stationed at the Chkalovsk air base as an "additional measure for strategic deterrence".

This was announced by the Russian Ministry of Defense in Moscow, according to the Interfax agency.

According to Russian information, the cruise missiles Kinzhal fly up to ten times faster than sound, are still steerable and have a range of 2,000 kilometers.

They can be conventionally or nuclear equipped.

According to local authorities, an ammunition depot in the Russian border area with Ukraine went up in flames.

According to the governor of the Belgorod region, Vyacheslav Gladkov, the camp caught fire near the town of Timonowo, 50 kilometers from the border with Ukraine.

In the past few days, there have been explosions at an ammunition depot and at a military base on Russia's annexed Crimea peninsula.

According to Russian information, no one was injured in the fire near Timonowo.

However, according to Governor Gladkov, the residents of Timonowo and the nearby town of Soloti were taken "to a safe distance."

The cause of the fire is now being investigated by the authorities.

A video published on online networks showed a huge fireball from which a thick column of black smoke was pouring out.

Another video showed multiple explosions in rapid succession in the distance.

Ukrainian President Volodymyr Zelenskyy sees no security problems for a trip by international experts to the Zaporizhia nuclear power plant, which is occupied by Russian troops.

He spoke about this in Lviv (Lemberg) with UN Secretary-General António Guterres, reported Zelenskyj on Thursday evening in his nightly video speech.

He sees no "objective obstacles" for the specialists at the International Atomic Energy Agency (IAEA) to get to the power plant.

The journey would lead "very quickly and safely on the legal route through the free territory of our state to the station".

"And that's the only way," Zelenskyy said.

Anyone who, like Russia, organizes nuclear blackmail cannot be the organizer of the trip.

"The world has the power to enforce this." Otherwise one could forget all international legal acts on nuclear and radiation safety.

"Russia is destroying this international order."

A well-known Ukrainian TV presenter has crowdfunded a gift for the Ukrainian Armed Forces.

The TV star Serhij Prytula and the Finnish satellite company ICEYE OY explained that it was about the rights to use a radar satellite that could observe the earth at night and through clouds.

The contract between Prytula's foundation and the group provides that the Ukrainian government can first make full use of one of the ICEYE satellites that are already in orbit.

In addition, ICEYE will provide access to its constellation of SAR satellites to allow the Ukrainian Armed Forces to receive radar satellite images of critical locations at a high repetition rate.

According to the authorities, the air defense shot down a drone over the Russian military airfield Belbek near Sevastopol on the Crimean peninsula on Thursday evening.

"There is no damage, nobody is injured," wrote the governor of the naval city, Mikhail Rasvozhayev, on Telegram.

He already sees the Ukrainian propaganda in front of him, which will present this as a precursor to a successful attack.

The citizens of the city should remain calm and trust the information provided by the authorities.

In the past few days, multiple explosions have shaken Russian military installations on the Crimean Peninsula, which Russia annexed in 2014.

On Thursday, Russian air defenses were also active in the city of Kerch, from where a new bridge connects Crimea to mainland Russia.

According to the authorities, a drone was also shot down there.

According to a report, Kremlin chief Vladimir Putin and Chinese President Xi Jinping both plan to travel to the G20 summit in Bali in November.

President Putin also told me that he will come.« Widodo had invited Putin, but the Kremlin has so far left open Putin's personal participation.

Bloomberg initially received no confirmations for the travel plans either from official Russian or Chinese sources.

In the West, Putin's participation in the summit is considered problematic, especially since Volodymyr Zelenskyy, the president of Ukraine, which has been attacked by Russia, has also been invited.

The US appears to be on the verge of providing Ukraine with another US$800 million worth of military assistance.

As the Reuters news agency reports, citing sources familiar with the situation, the aid package could be announced as early as this Friday.

It is also possible that the aid will not be official until next week.

A statement from the White House is not yet available.

Estonia also wants to supply Ukraine with additional weapons such as mortars and anti-tank weapons for use in the fight against Russia.

The government in Tallinn decided on Thursday.

In addition, the Baltic EU and NATO country wants to support Great Britain's initiative to expand the training of Ukrainian armed forces.

Estonia wants to send another field hospital to Ukraine with Germany, the Ministry of Defense said.

“Fighting in Ukraine continues to be intense.

Although more and more Western weapons are reaching the front lines, our moral responsibility is to continue to support Ukraine,” said Estonian Defense Minister Hanno Pevkur.

"They are fighting for our shared values, and if there's anything we can send to the Ukrainians, we have to do it."

Estonia says it has given Ukraine military aid worth 250 million euros since the Russian attack at the end of February.

Explosions in Crimea in the Ukraine war - Russia weakened?

Heavy casualties for Russia: Putin may resort to 'unconventional' warfare 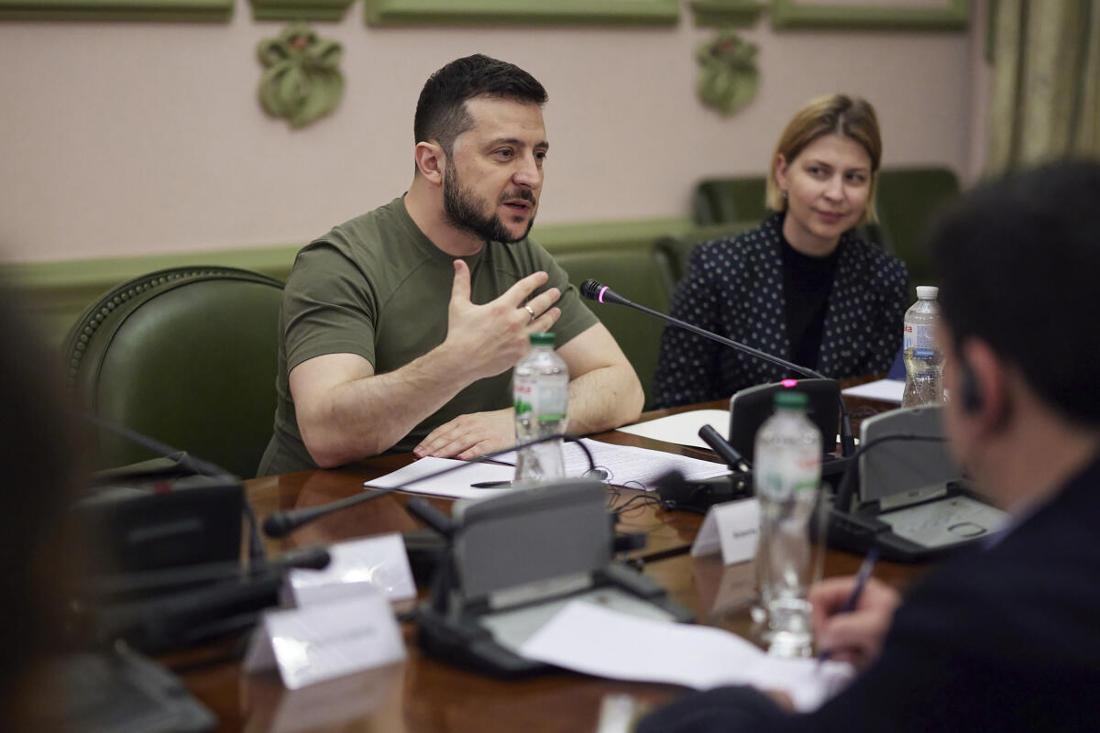 Ukraine-News: Zelenskyj warns collaborators on Russian-occupied territory - What happened in the night