The Nepalese woman who went back to school with her son

Barely 57% of the female population in Nepal can read and write. Parwati Sunar decided to resume her education, which she abandoned as a teenager, and today she attends class with her 11-year-old boy. 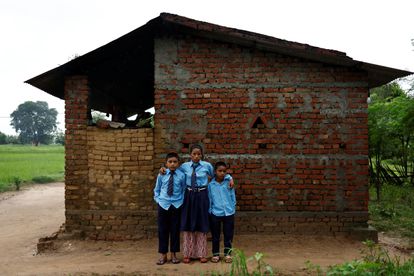 Parwati Sunar is a Nepali woman, mother of two little ones.

And she currently attends the same school as her eldest son after resuming her education, which she abandoned at age 15 when she got engaged to a man seven years her senior.

“I enjoy learning and am proud to attend with peers who are like my own children,” she says from her village of Punarbas, in the southwestern tip of the Himalayan nation.

Barely 57% of women know how to read and write in this country of 29 million inhabitants.

Sunar, 27, hopes to become “literate enough” to be able to keep the household accounts.

“I think she shouldn't have dropped out of school,” she says.

Now, she wants to catch up on the lessons she missed after having her first child at 16.

Parwati Sunar, 27, and her sons, Resham Sunar, 11, and Arjun Sunar, seven, pose for a photo after dressing for school, outside their home in Punarbas, Kanchanpur district, southwestern Nepal, this August 7.

"I think I shouldn't have left my education," says Parwati Sunar, who dropped out of school at 15 to get engaged to a man seven years older.

She became a mother at 16. NAVESH CHITRAKAR (REUTERS)

Parwati Sunar checks on her eldest son, 11, who has a fever.

Sunar helps her older son clean up while the little one draws water from a hand pump near their home. NAVESH CHITRAKAR (REUTERS)

The moment of the bath of Arjun, who pours water on his head.

Resham Sunar poses for a photo with a hibiscus flower placed over one ear, in celebration of her 11th birthday.

"I feel good going to school with mom," she says. NAVESH CHITRAKAR (REUTERS)

Sunar works in a field outside his home.

Her wish is to be "literate enough" to keep the household accounts.

Sunar offers a homemade cake made with wheat flour, sugar and milk to his son Resham for his 11th birthday. NAVESH CHITRAKAR (REUTERS)

Resham Sunar queues with her friends for lunch at Jeevan Jyoti Secondary School in Punarbas.

He sometimes spends recess time with his mother.

In addition to going to class, the woman is still in charge of the housework, including taking care of her goats.

The children also contribute to the household chores.

Mother and children go together to buy food at the local market.

Sunar shares food with his son Resham and other schoolmates during the lunch break. NAVESH CHITRAKAR (REUTERS)

Writing on a blackboard after an English class at Jeevan Jyoti Secondary School, attended by Parwati Sunar. NAVESH CHITRAKAR (REUTERS)

Resham Sunar attends a class in the courtyard after the fan in the classroom has broken. NAVESH CHITRAKAR (REUTERS)

Parwati Sunar and her children prepare to go to school together.

Barely 57% of women know how to read and write in Nepal (29 million inhabitants).

Parwati Sunar and her son Resham learn to type during their computer class at the New World Vision Computer Institute in Punarbas. NAVESH CHITRAKAR (REUTERS)

Resham rides the bike with his mother on the way to computer classes.

“We chat along the way and learn from our conversation,” says the boy.

Both also talk during classes.

Sunar's efforts can inspire other village women, thirsty for learning beyond their domestic horizons in Nepal. NAVESH CHITRAKAR (REUTERS)

“I feel good going to school with mum,” says her 11-year-old son Resham, who is a grade behind his mother.

The boy shares lunch breaks with her and rides her bike as a passenger to attend computer classes at a nearby high school.

"We chat along the way and learn from our conversation," says the little boy, who adds that his mother hopes that he will become a doctor.

Sunar's day begins at dawn in a two-room, tin-roofed, bare-brick structure that he shares with his sons Resham and Arjun and his mother-in-law, as well as their goats, locked in an area of ​​the dwelling.

The house lacks a toilet, so the family uses nearby public land.

The daily routine of this woman consists of bathing in water drawn from a hand pump, working in the green fields that surround her, and baking cakes for birthdays.

Resham celebrates hers with a smile, a hibiscus flower perched over one ear.

Sunar's husband works as a day laborer in the southern Indian city of Chennai to support his family.

Sunar's efforts could inspire other village women, thirsty for learning beyond their domestic horizons in Nepal

They all belong to the Dalit community, formerly known as “untouchables”, in the lower echelons of the Hindu caste system, but Sunar says they are not mistreated for it.

"No one discriminates against me or my family," he says.

After a simple meal of rice and lentils, Sunar changes into her school uniform of light blue blouse and skirt with a striped tie before taking her son on the 20-minute walk to school, also a tin-roofed structure, surrounded by trees.

“It's fun to be in the same class as Sunar,” says 14-year-old Bijay BK, one of her classmates.

is nice,” he adds, using the Nepali term for an older sister.

"I help her with her studies and she helps me too."

Sunar's efforts could inspire other village women, thirsty for learning beyond their domestic horizons in Nepal, where they still face discrimination and child marriage is widespread, albeit illegal.

"She is doing a good job," says one of her neighbors, Shruti Sunar, who is in the 10th grade at school and not related to her.

"I think others should follow her example and go to school."

The enrollment rate for girls in basic education is 94.4%, according to official data, but Krishna Thapa, president of the Federation of Community Schools, regrets that almost half abandon their training for reasons ranging from lack of books from text to poverty.

"Schools lack infrastructure, such as toilets for girls," he details.

"Most girls drop out during their period because there are no toilets."

But Sunar, who gave up a job as a domestic worker in neighboring India to return to her studies, is determined to finish the course.

"That's what I think now," she clarifies.

With additional reporting from Navesh Chitrakar and Yubaraj Sharma at Punarbas;

edition (in English) by Clarence Fernandez. 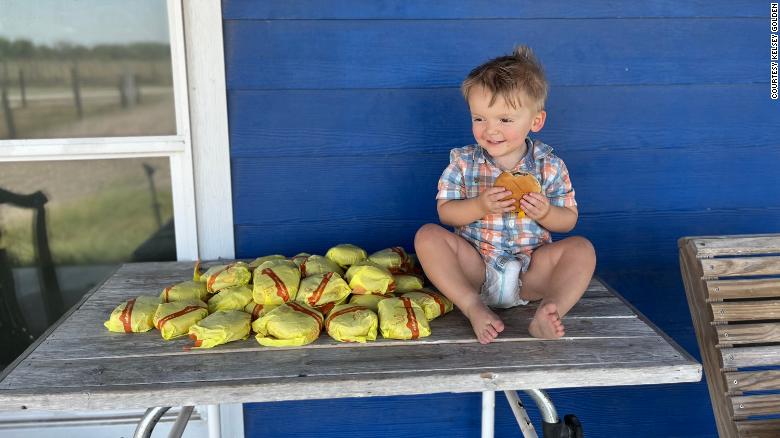 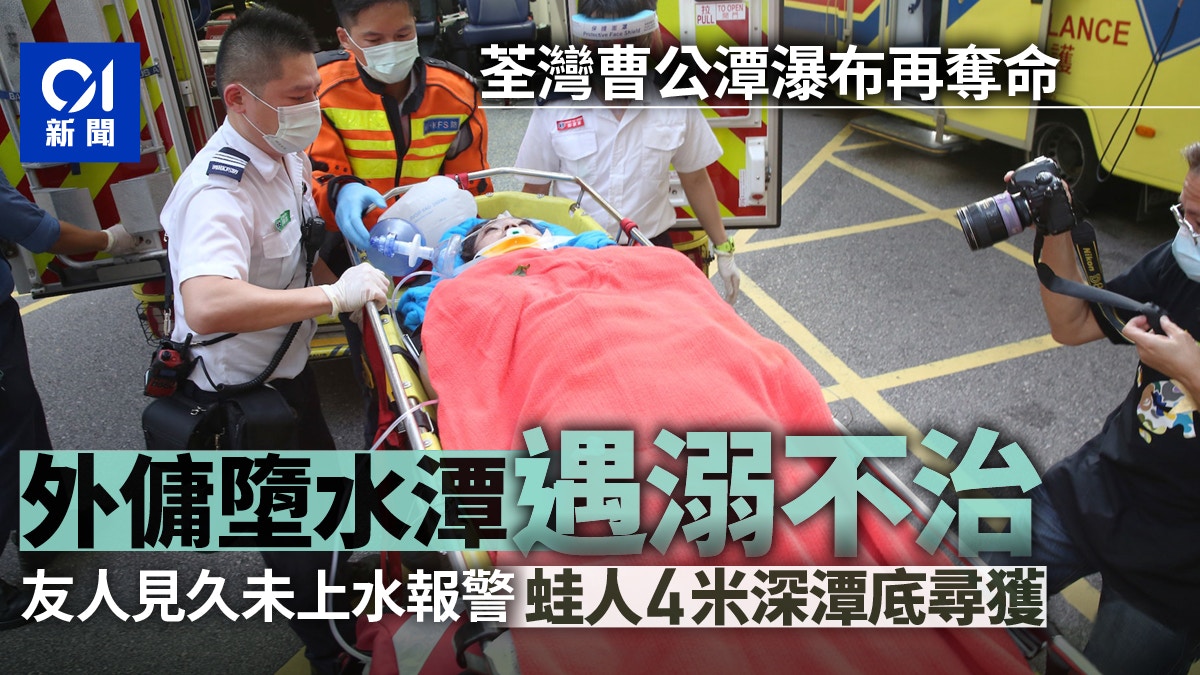 Cao Gongtan Waterfall, a foreign domestic helper suspected of jumping into the water pool and drowned, rescued by a fire frogman and sent to hospital for death 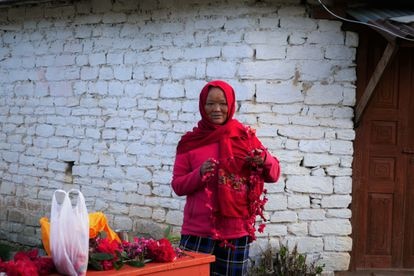 The Legacy of the Pandemic in Nepal: The Rise of Human Trafficking 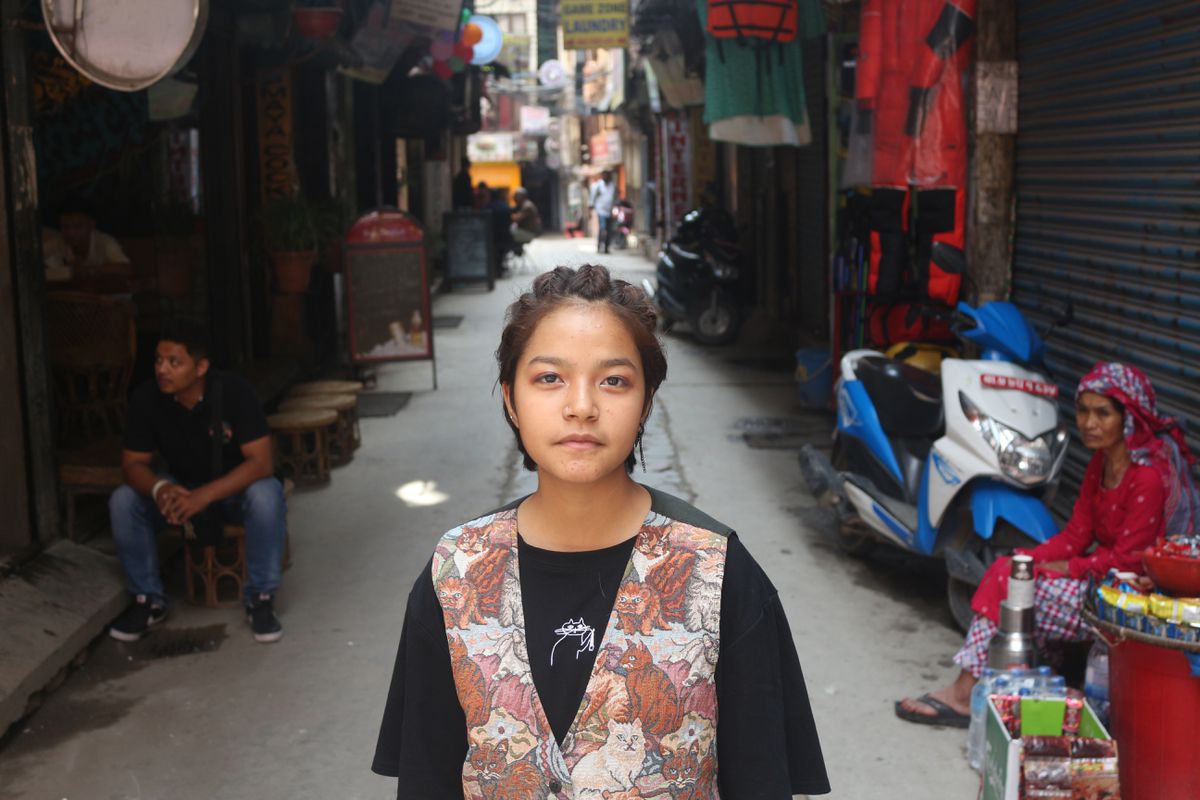 Nepal's equality is only on paper: "My father raped me when I told him I was a lesbian" 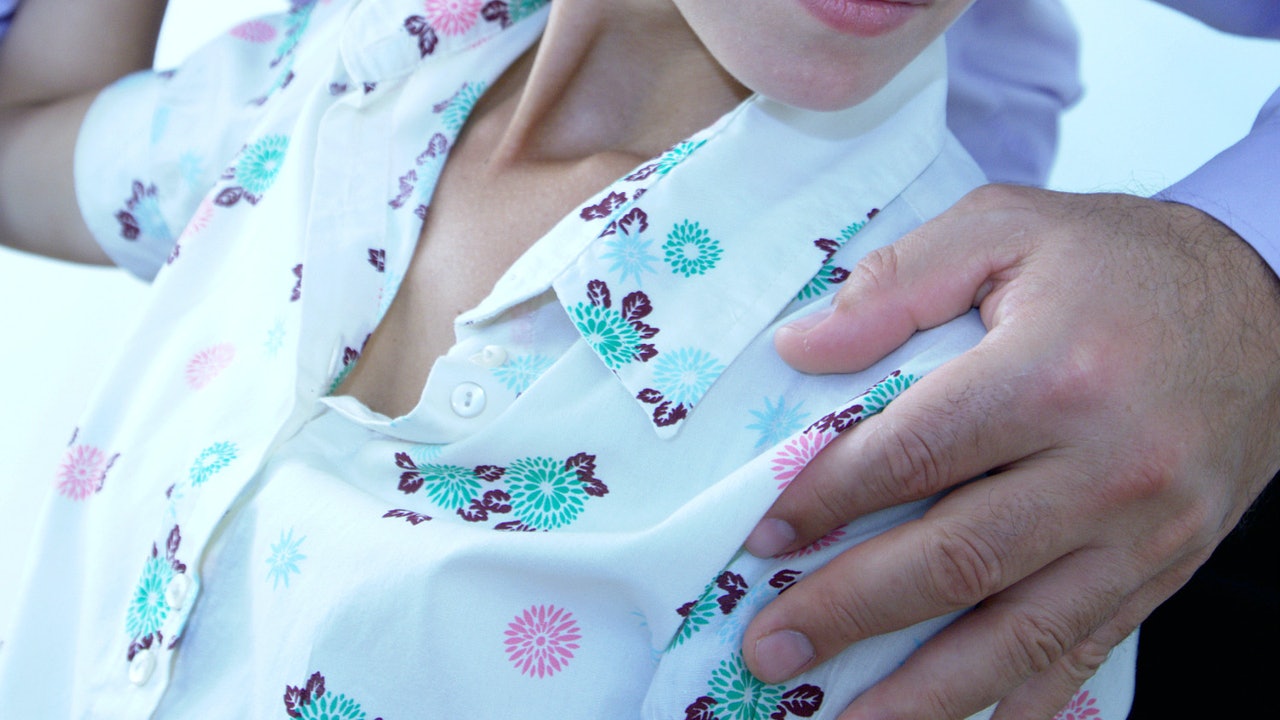 The new acquaintance of the site worker who was involved in adultery told me uninvited after having dinner together, let me feel it 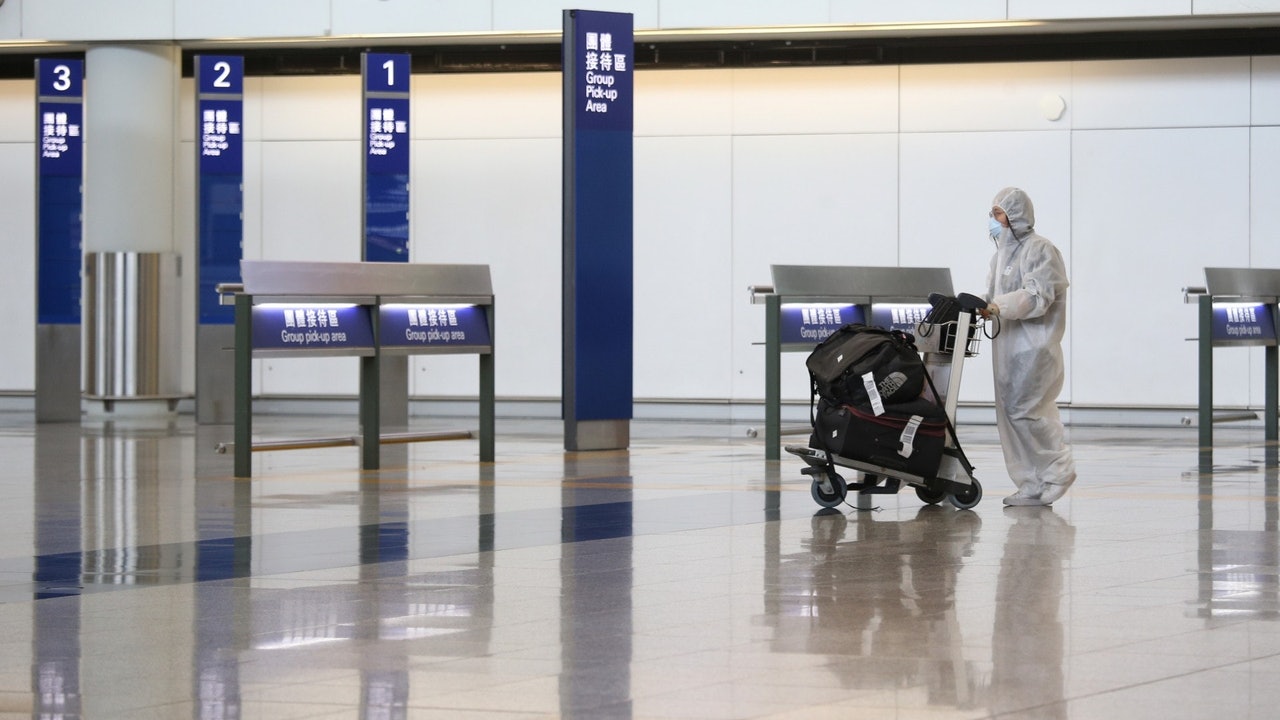 Epidemic ｜ Nepalese woman arrived in Hong Kong on the 12th and tested positive for the virus, or was recruited twice within 3 months 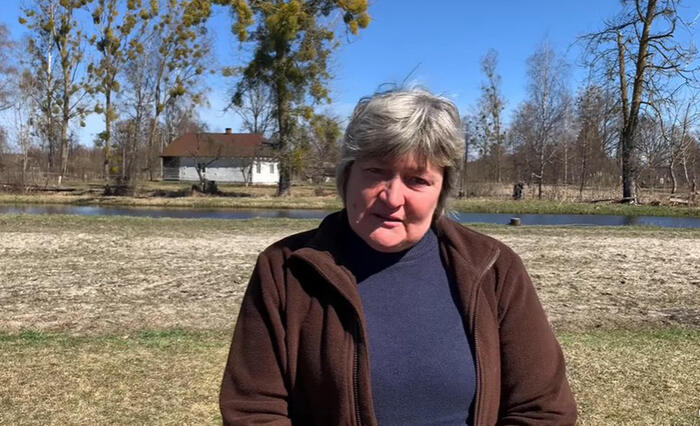 Ukrainian mother to son fighting with Russians, 'put down your weapons and go home'