The U.S. Senate Foreign Relations Committee passed the Taiwan Policy Act of 2022 by an overwhelming vote of 17 to 5 on the 14th. Next, it will be considered by the Senate and House of Representatives and signed by Biden, 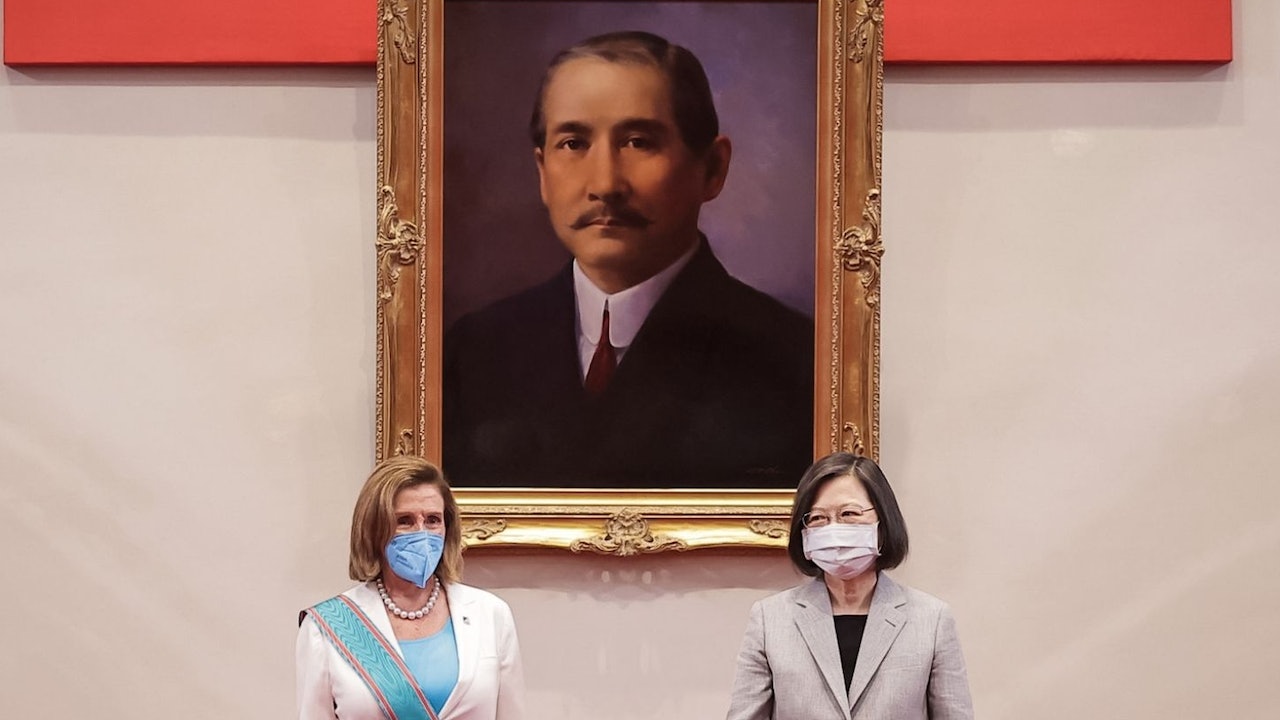 The U.S. Senate Foreign Relations Committee passed the Taiwan Policy Act of 2022 by an overwhelming vote of 17 to 5 on the 14th.

The case will then be considered law by the House and Senate and signed by Biden.

Considering the consistent position of the "two houses" of the United States against China, Biden's "weak leader" status in the Democratic Party who is unable to suppress the party, as well as the Biden administration's China policy and real political needs, I am afraid it is only time for the case to become law. and timing issues.

The Taiwan Policy Act was proposed by U.S. lawmakers from both parties and has been widely recognized by both parties.

The proponents of the bill are the Democratic Senator Bob Menendez, who led a delegation to visit Taiwan in April and June of this year, and the Budget Committee member, Republican Senator Graham (Bob Menendez). Lindsey Graham).

According to what was revealed by the Senate Foreign Affairs Committee and dug up by the media, the Taiwan Policy Act consists of nine chapters.

The first chapter is directly inserted into the most sensitive part of Sino-US relations and the core of the so-called "one-China policy" of the United States. By declaring the new US policy towards Taiwan, Taiwan has been given the status of "quasi-state", which has lifted the status of "quasi-state" for many years. The various restrictions on the development of official U.S.-Taiwan relations in terms of laws and policies have hollowed out all the content of the "One China Policy".

For example, the bill reiterates the U.S. position of adhering to the "Taiwan Relations Act" and the six guarantees, "with the goal of promoting Taiwan's security, maintaining democracy, economic and military institutions, and ensuring stability across the Taiwan Strait", anchoring the "three guarantees" of Sino-U.S. relations. The Joint Communiqué is nowhere to be found, at least in what has already been exposed.

Before, when defining Sino-US relations, the United States has always put the Sino-US "Three Joint Communiqués" first and the "Taiwan Relations Act" second. The six guarantees to Taiwan are not included in this list. A verbal commitment by the United States in its engagement with Taiwan was put forward by the Reagan administration in 1982 when it signed the "August 17 Communiqué" with China to appease Taiwan.

These six guarantees were officially introduced in July 2016, and were placed in the same rank as the "Taiwan Relations Act" in written expressions by the Senate and House of Representatives. Even so, this expression is only the consensus of the Congress and the government, and the U.S. official Although these six guarantees have been reiterated many times in their dealings with Taiwan, they have not been approved by the President of the United States and have failed to become law in the United States.

The Six Assurances to Taiwan were first incorporated into the Republican Party Constitution in July 2016, and were repeatedly mentioned in the Trump era. At the same level as the Act, it has become one of the three guiding documents for the United States to handle relations with China.

After Biden took office, the US government further adjusted the order of the three, bringing the "Taiwan Relations Act" forward, forming a sequential relationship of "One Law," "Three Communiques," and "Six Guarantees."

Since then, the U.S. side has used this sequence to define Sino-U.S. relations in official U.S. government documents, conversations, and many Sino-U.S. talks and top-level dialogues.

This time, the "Six Assurances to Taiwan" were written into the "Taiwan Policy Law", and after the deliberation of the two houses and the approval of Biden, it obtained legal status, and its impact should not be underestimated.

And this is just one of the changes, more changes include:

On August 3, Taipei, Pelosi went to the presidential palace to meet with Tsai Ing-wen.

In addition, in response to Taiwan's arms sales requirements to the United States, negotiations will be conducted on the principle of "asymmetrical combat power"; the United States will further revise the "Foreign Aid Act" to list Taiwan as an "important non-NATO ally."

This is a very important statement that has never been seen before. This move not only places Taiwan in essence as a member of NATO, but also clarifies the nature of its "ally" with Taiwan in a legal way. Subversive changes that have never been seen in the decades since the establishment of diplomatic relations between the United States and Taiwan.

It may also consolidate our determination and actions to resolve the Taiwan issue as soon as possible.

Chapters 3, 4, 5, 6, 7, and 8 of the Act also focus on information warfare, the United States helping Taiwan to participate in international organizations to resolve the so-called "Taiwan representation" and "lack of position on the issue of sovereignty", the US-Taiwan economic cooperation and Establish customs and border patrol pre-clearance facilities, bilateral cultural and educational exchanges, miscellaneous daily administrative affairs, and sanctions.

The Biden administration is reportedly concerned about some provisions of the Taiwan Policy Act.

Although these contents are more trivial than Chapters 1 and 2, they put forward very specific policy and operational requirements for the US government from all aspects of US-Taiwan exchanges and cooperation, especially the sanctions section in Chapter 8, which also highlights The long-arm jurisdictional and extraterritorial measures that the United States has consistently used, including sanctions on Taiwan-related mainland government officials and major mainland financial institutions related to Taiwan, and the Chinese mining industry (including oil, natural gas, coal and other minerals) that may harm the security interests of the United States, As well as other organizations, individuals and groups accused of "destroying Taiwan's stability", the American hegemonic style is fully demonstrated.

After reading the first eight chapters, you can understand how weak the content of Chapter 9 is. At present, the content of Chapter 9 of the Act has only been revealed by a short sentence, indicating that the provisions of the other eight chapters "should not be interpreted as resumption of diplomacy with Taiwan." relationship or change the U.S. government’s position on Taiwan’s international status”—that’s a typical self-deception.

The Taiwan Policy Act has fundamentally changed the U.S. position on Taiwan, and it has also systematically overturned the so-called "one China policy" that the U.S. has adhered to since the establishment of diplomatic relations between China and the U.S. for decades.

As can be seen from the content of the above-mentioned bill, the United States essentially intends to pass this law to give Taiwan a "quasi-state" status, lift the restriction that the United States and Taiwan can only conduct unofficial exchanges, hollow out "one China" in laws and policies, and shape The "one China, one Taiwan" pattern has removed the political cornerstone of Sino-US relations.

A month ago, US House Speaker Nancy Pelosi's historic visit to Taiwan has severely damaged Sino-US relations and the stability of the Taiwan Strait, setting a very bad precedent. If the "Taiwan Policy Act" is passed this time, it will have a negative impact on China and the United States. The devastating impact on relations and the situation in the Taiwan Strait will be far beyond Pelosi's visit to Taiwan.

According to media reports, on August 23 this year, Qin Gang, the Chinese ambassador to the United States, met with U.S. Deputy Secretary of State Sherman. Qin Gang warned Sherman in person that if the "Taiwan Policy Act" was passed, Sino-U.S. relations would face disintegration.

In the United States, there is news that the boldness of the bill has made the White House a little worried.

The White House is worried that this bill will subvert the US's "one China" policy, especially after Pelosi takes office, it may cause a stronger reaction from the mainland.

Therefore, the Biden administration wants to put the brakes on this bill through the Democratic Party in Congress, insure it, and at least adjust the content.

On September 7, a week before the bill was considered, U.S. Presidential National Security Adviser Sullivan and congressional leaders held a closed-door meeting devoted to the bill.

Sullivan told the media that there are some provisions in the bill that do improve Taiwan's "security sphere", but there are also elements that "worry" the White House.

It's just that the "Taiwan Policy Act" is one of the rare consensuses between the Democratic and Republican parties that has always been torn apart in both houses of Congress. It was proposed by lawmakers from both parties, and even Pelosi, a party leader in the Democratic Party, is Biden. They can’t be suppressed. By exploiting Taiwan’s geopolitical potential and strengthening US-Taiwan relations, suppressing China is not only a policy tool of Biden, but also conducive to saving the Democratic Party’s election. Does the Biden administration have the ability and willingness to stop or amend this bill?

The Taiwan policy bill improves US-Taiwan relations in many ways, including diplomacy, military and economics｜News Classroom The US Senate Foreign Affairs Committee passed the "Taiwan Policy Act" Taiwan Affairs Office of the State Council: The plot will not succeed The United States will review the Taiwan policy bill White House: Unswerving support for Taiwan's self-defense 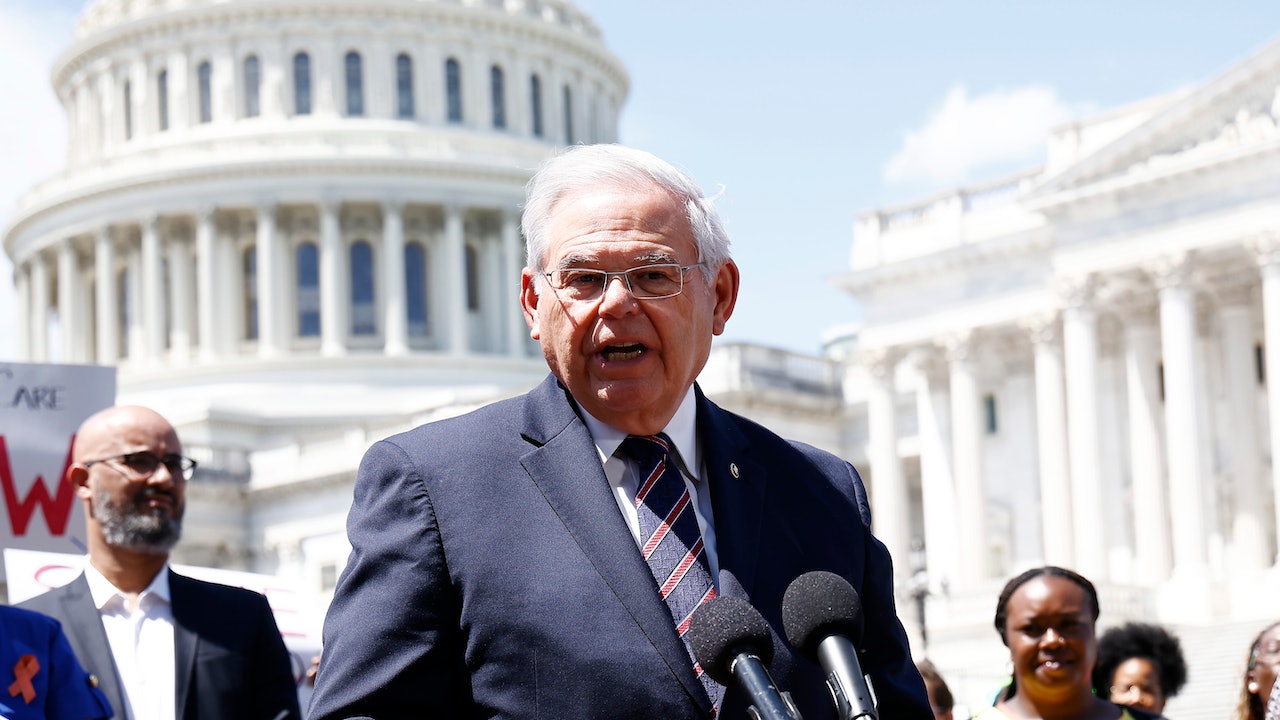 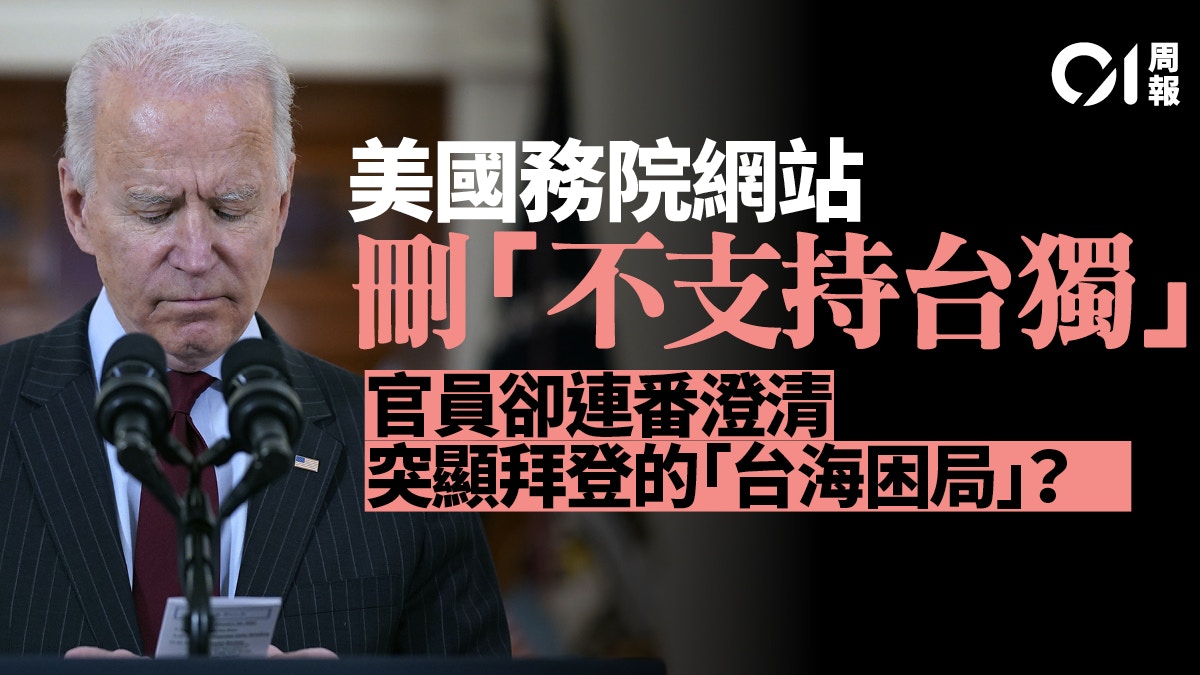 U.S. frequency operating the Taiwan card but "popping in" is the diplomatic system speculating blindly? 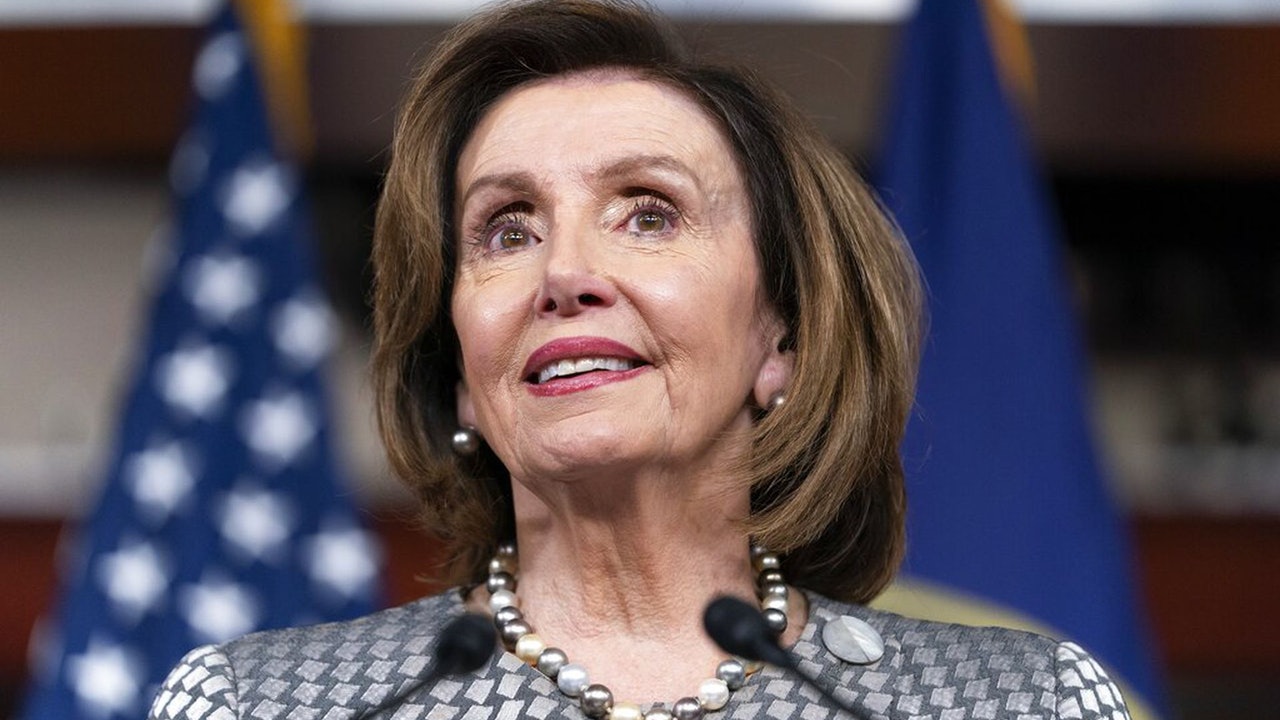 Pelosi plans to visit Taiwan in August, and it is not necessary to accompany PLA fighter jets 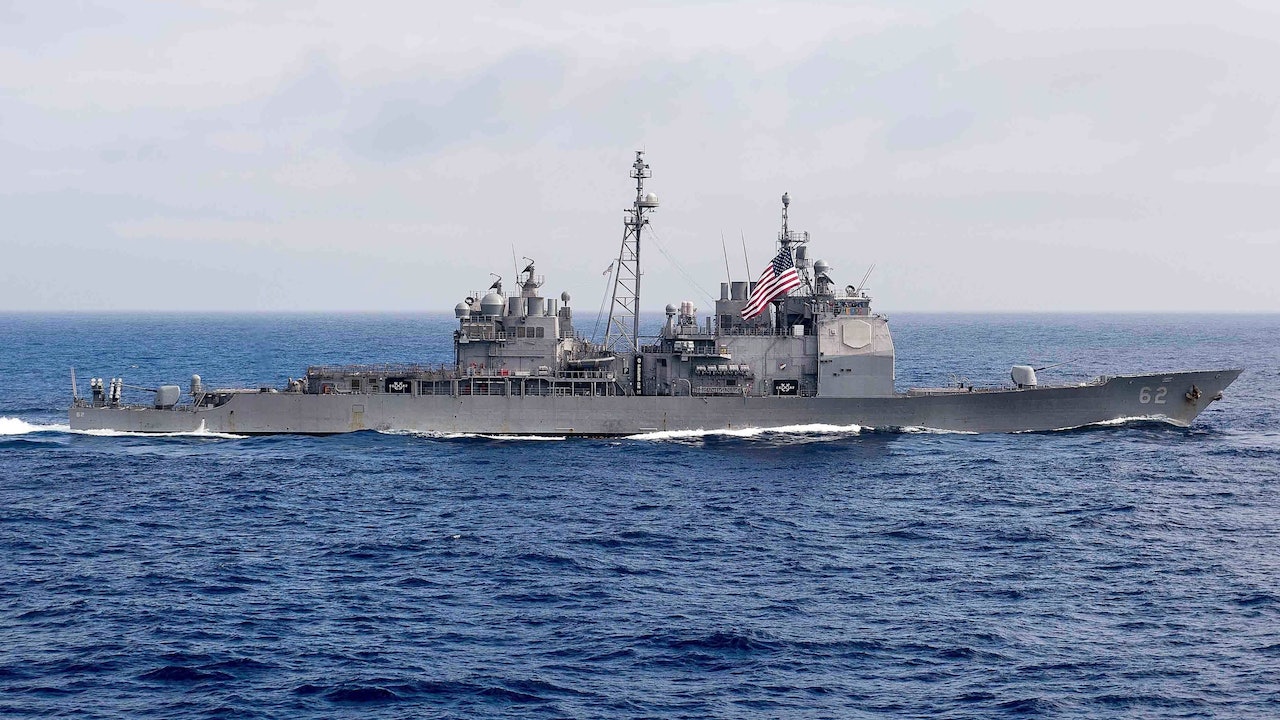 China-US Showdown | When will the showdown be before time? 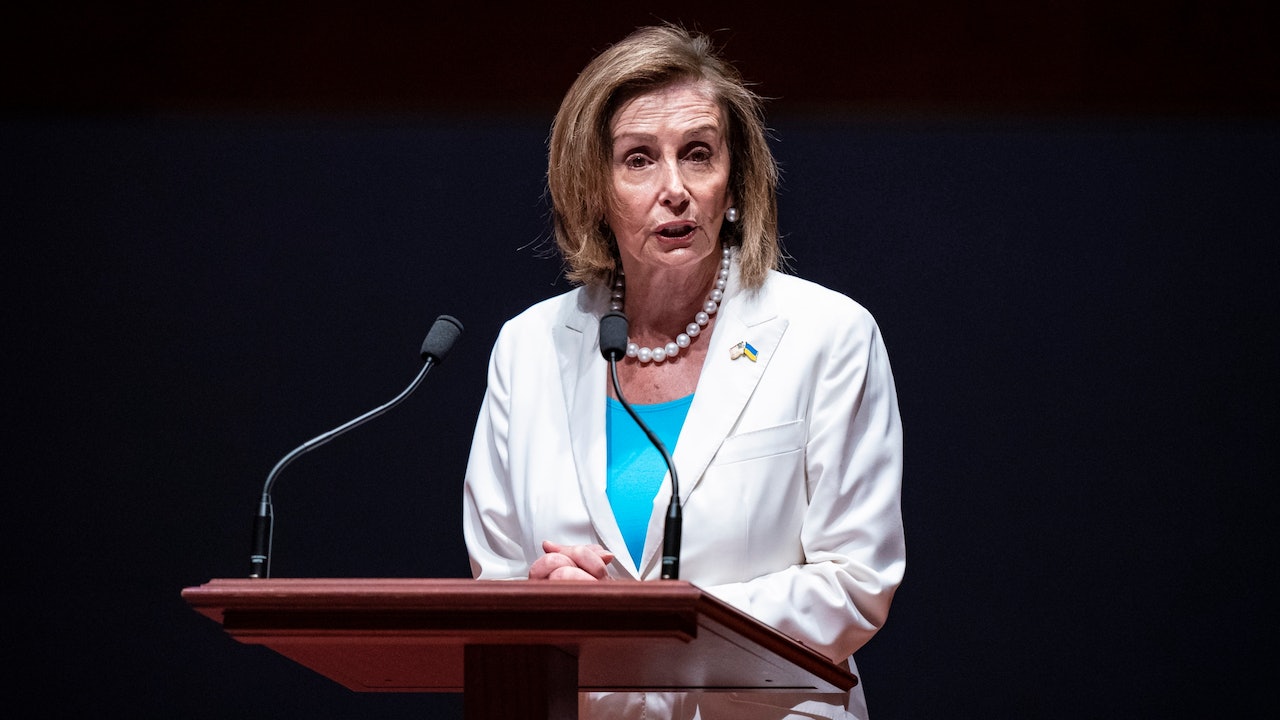 More shocking than flying through the island with a military plane, Pelosi's visit to Taiwan may lead to catastrophic military consequences 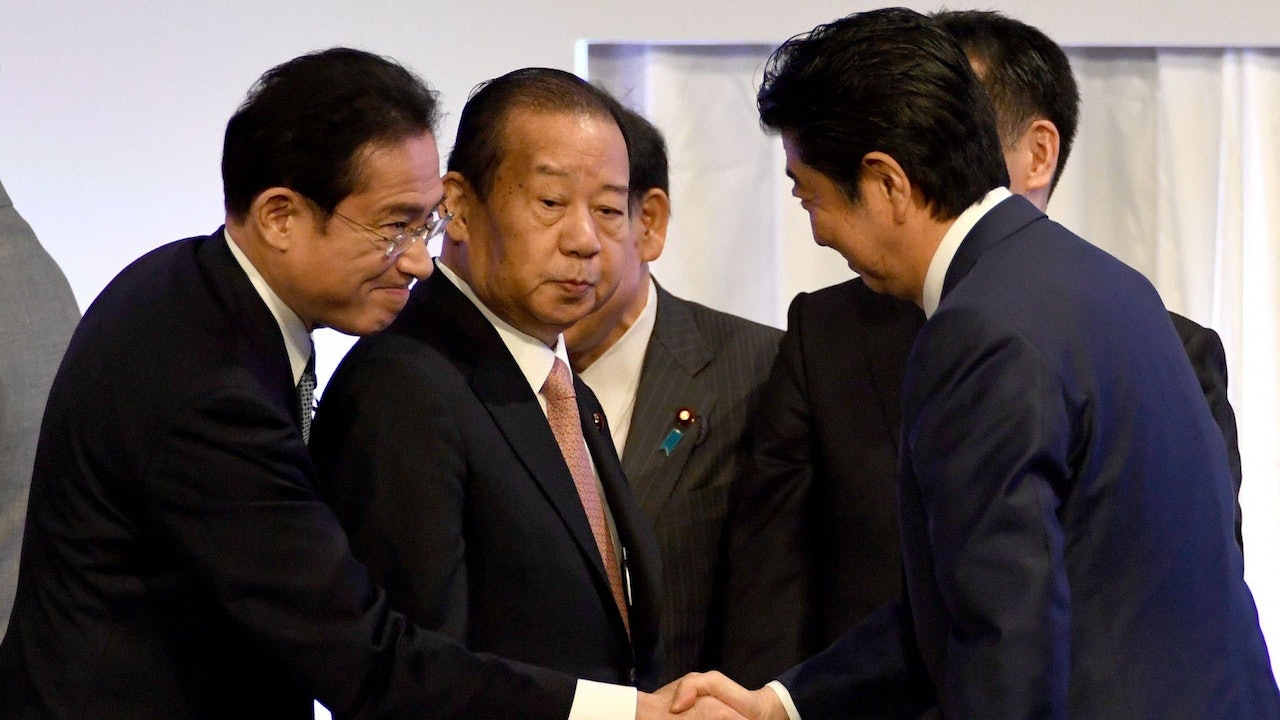 From Shinzo Abe to Fumio Kishida: How did the so-called "United States and Japan jointly defend Taiwan" appear?

In Blinken's speech on China policy, there are four very important points that require China to be particularly vigilant 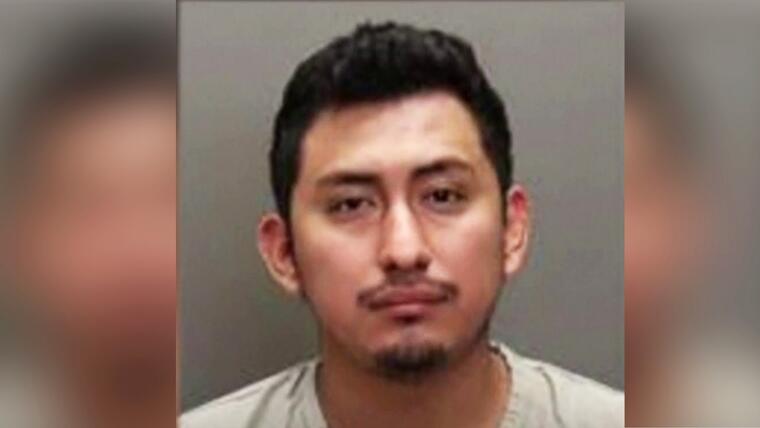 Iran's representative to the United Nations: The illegal presence of foreign forces in Syria endangers international peace and security
2022-09-15T09:58:21.309Z