He was 90 minutes late, made accusations against Ukraine and went again: Russia's foreign minister made a memorable appearance at the UN. His Ukrainian counterpart scoffed at this. 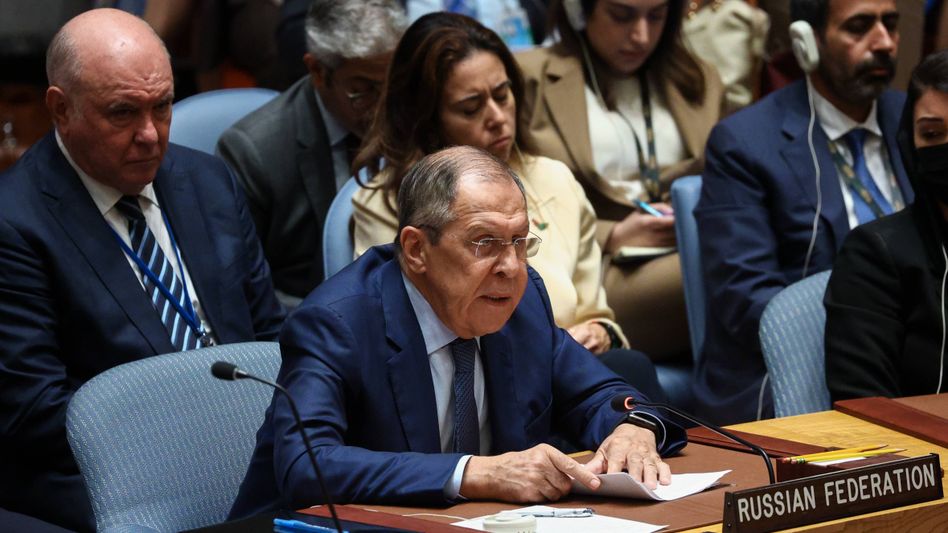 Sergei Lavrov speaking at the UN

The UN Security Council discussed Russia's war of aggression against Ukraine - but Russian Foreign Minister Sergey Lavrov missed most of the session.

After his speech he disappeared again and let his deputy Sergei Wershinin represent him for the rest of the time.

In his speech, Lavrov defended his country's war of aggression and for his part made serious accusations against Kyiv – and the West.

"We have no doubt that Ukraine has become a totally totalitarian Nazi-like state, in which the norms of international humanitarian law are flouted," he said.

The decision to launch a “special military operation” – as the war of aggression is called in Russia – against Ukraine was unavoidable.

The country is a threat to Russia's security.

Referring to Western arms deliveries and support for Ukraine, Lavrov complained: "This policy of wearing down and weakening Russia means the West's direct interference in the conflict and makes it a party to the conflict." He also criticized the fact that the UN committee wanted to talk about punishing Russia, while Ukraine had to be punished for its actions.

Trying to impose a “completely different narrative” on Russian aggression is a tragedy, Lavrov lamented.

'He has left the Chamber.

Blinken calls for an end to 'reckless nuclear threats'

At the same time as the UN General Assembly, Russian President Vladimir Putin announced in the past few days that he would intensify his actions.

For example, he wants to hold bogus referendums in several occupied Ukrainian territories on accession to Russia, which is internationally regarded as contrary to international law.

He also announced the mobilization of 300,000 reservists and said that Russia would "use all available means" to protect itself - which was understood as a threat of nuclear weapons.

US Secretary of State Antony Blinken called for such "reckless nuclear threats" to stop immediately.

That Putin voted this week "to fuel the fire he started" shows his utter contempt for the United Nations.

He saw the planned mock referendums in eastern Ukraine as a possible violation of international law.

Ukrainian Foreign Minister Dmytro Kuleba reacted to Lavrov's brief appearance with derision and said: "I also noticed today that Russian diplomats are fleeing just like Russian soldiers." Kuleba interpreted the partial mobilization of the Russian army in the face of recent military setbacks for Moscow as an admission of defeat .

Addressing Russia, she said: "This is a war that you will not win." Baerbock also criticized Lavrov's quick departure: It was a clear sign that Lavrov had spoken for quite a while, but the hunger, the poverty and the consequences of war around the world didn't even mention.

There are no queues of volunteers wanting to join the war in Ukraine on the streets of Moscow, Baerbock said.

"What we're seeing instead are brave men, women and even children taking to the streets because they don't want to be part of this war against Ukraine."

The chief diplomats of China and India, on the other hand, called for negotiations and dialogue - but without taking a clear stance against Russia.

The previous evening, Ukrainian President Volodymyr Zelenskyi received prolonged applause for his video address to the UN General Assembly with its 193 members.

Most of those present rose, the Russians remained seated.

"Russia will be forced to end this war," said Zelenskyy.

He demanded that Russia should be punished for its crimes.

At the same time he said to the other states that there was no such thing as neutrality in this war, at most indifference. 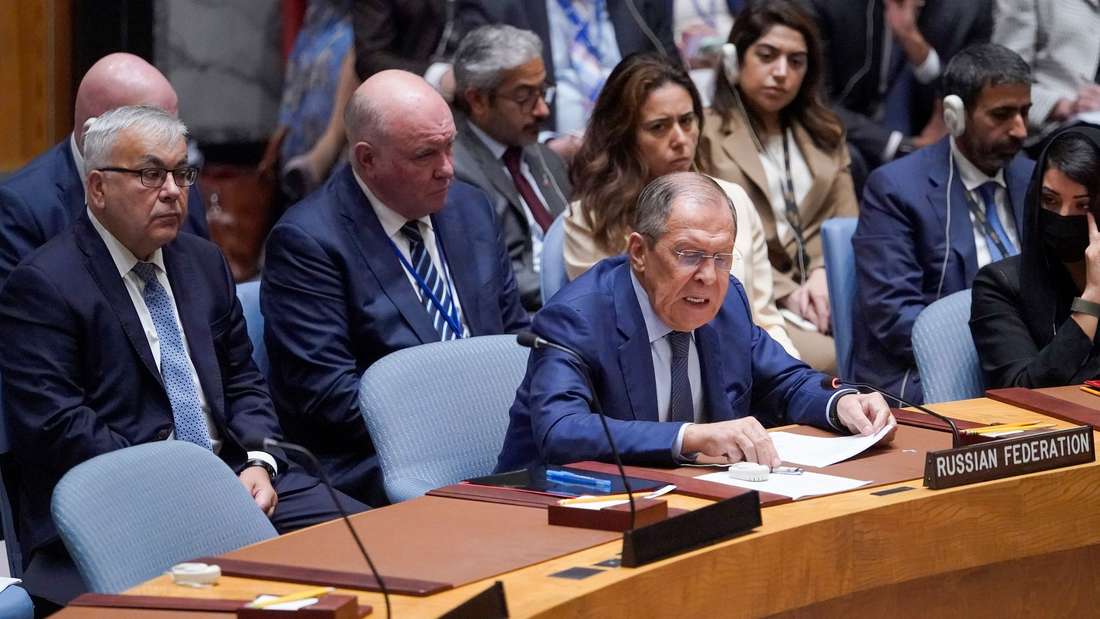