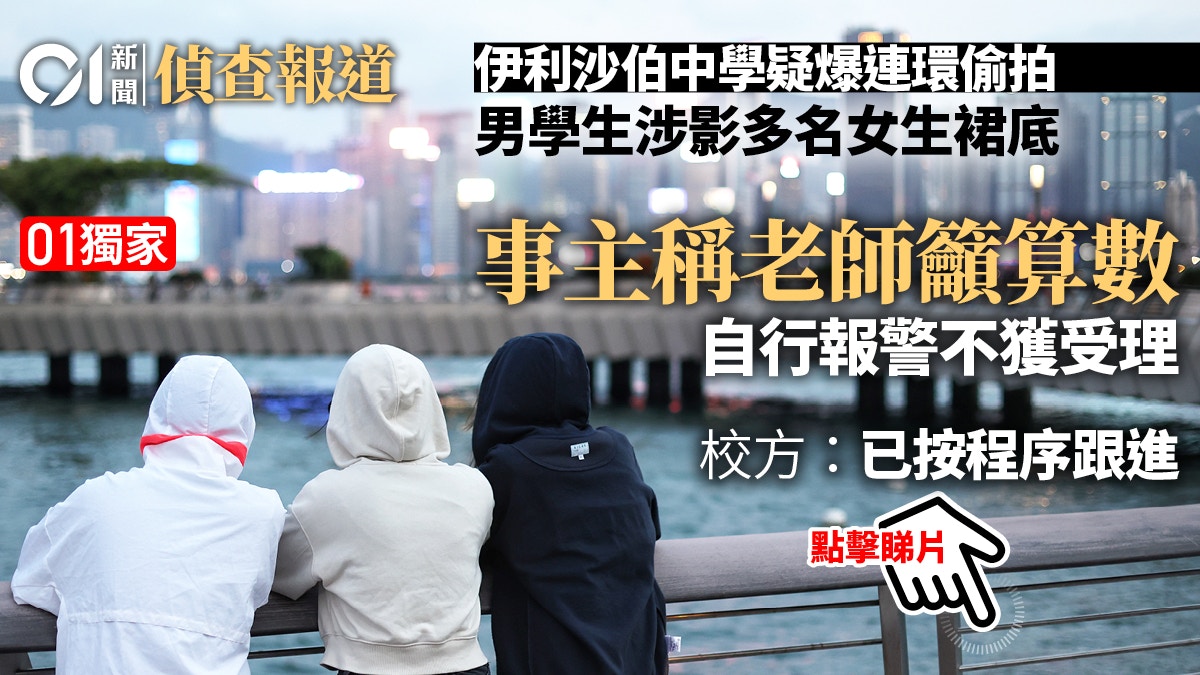 "Hong Kong 01" contacted a number of victims and witnesses. Some victims pointed out that although the boy admitted to some of the candid filming acts, the school teacher, on the grounds that there was no evidence, "counted" the other victim students and accused the school. Insufficient support provided.

The school said that it will not respond to the behavior of individual students externally, but has followed up with the usual procedures, consulted the police, and interviewed the students involved and their parents.

The Education Bureau has informed the school about the incident and will provide appropriate support.

The victim, Miss B (the first from the right) quoted the teacher as saying that X denied that she had secretly photographed her, so her complaint has been closed and she thought the handling was unreasonable.

The boy once confessed to the victims of secretly filming two classmates: no apology to me

Miss A is a former student of Queen Elizabeth Secondary School. She was reminded by her classmates that her male student X (pseudonym) was suspected of secretly photographing the bottom of many people's skirts. Unexpectedly, she received a notice from the school earlier this year that X admitted to secretly photographing her and another student. .

"I thought I avoided it, but I didn't expect to be a victim," she said in a telephone interview with Hong Kong 01.

Because of X's confession, the school notified Miss A's parents that they would provide assistance if they chose to call the police, and told the parents that "it will give X the worst punishment in history".

However, Miss A said that the school has not explained the punishment to her so far, and X has not apologized to her: "Listening to the master's explanation to my mother, X's tone seemed to admit the incident very plainly. I don't think he thinks that I did something wrong or something."

The school did not disclose the content of the punishment, saying it could not deal with other allegations

Miss A pointed out that she had pointed out to her teacher that there were other victims of secret photography, and many of her classmates were also witnesses to the incident: "The teacher's response at that time was that he couldn't check X's phone, and he also deleted the evidence, unless he called the police, Otherwise they can't do it."

A case of sexual harassment broke out at Queen Elizabeth Secondary School in Mong Kok earlier this year. A male student was suspected of secretly photographing the skirts of ten classmates.

It was another former student, Miss B (pseudonym), who initially brought the candid shooting incident to the surface.

Miss B was told by a number of students who watched the process during her school at the beginning of this year that X had secretly photographed the skirts of several female students in the school library, classrooms, shopping mall escalators and study rooms, and she was also one of the victims .

Miss B confessed that she felt anxious after learning about the incident and did not know how to deal with it, but she was afraid that delaying would encourage X’s candid filming behavior, so she confided to her trusted teacher the next day. Unexpectedly, the teacher’s first reply was half-joking that she thought a certain A victim familiar to X should help enlighten him.

"I was surprised at the time. I didn't understand why the teacher didn't want to help the victim first, but asked the victim to counsel the perpetrator after learning about the incident."

The teacher later told Miss B that X denied the allegation to the school social worker and believed that the best way to deal with it was "calculation".

"I couldn't accept it at the moment, so I cried." Ms. B said, the teacher continued to "enlighten" at that time, saying that "the person who secretly photographed the bottom of the skirt on the street may have taken hundreds of pictures, but it may not be convicted." She counted it. thing.

Rebuked the school for no support: the teacher said that part of my Close File

However, Miss B, who was reluctant to rush the matter, went to find another teacher, and rumors of the incident also fermented in the school. Later, after the dean of students contacted X and some witnesses, she told Miss B that X finally admitted that he had secretly photographed two female students, But he denied taking pictures of her.

"The Dean of Students said that he would continue to deal with the incident with those students and parents, but said, 'You don't care, your part of the Close file is closed'." Miss B quoted the Dean of Students, saying that if she felt the need later , have the right to report to the police.

"Now that he admits to secretly filming someone and denies some of the accusations, I have to believe him?" Ms. B believed that the school did not deal with the denied accusations based on X's words alone, and did not provide support for other victims. The practice is unreasonable.

"I never thought that a victim would try to ask the school for help. For the sake of the school's reputation, the school could, in the face of the victim's help, act as if nothing happened, or provide any support," she said.

The victim, Miss C, believes that X may continue to take pictures of her secretly for fear of insufficient punishment.

Another victim, Miss C (pseudonym), was informed by her classmates that she was secretly photographed. She believed that the school did not fulfill its responsibility in handling the incident, and she was worried that the punishment would be insufficient. X might continue to secretly photograph: "The teacher should have Protect the students, but the candid cameraman can be said to be irresponsible, and only three major demerits were recorded.”

In January this year, Miss B and Miss C reported the incident to the police station, but they were accused of failing to provide evidence and were not dealt with.

Witnessed classmates: The school has no knowledge of the incident

The male student X involved and the interviewed victims and witnesses have all graduated, and the incident has recently been circulated on social networking sites.

Queen Elizabeth Secondary School replied in the name of the principal, Chen Xiangwei, that it has followed up the case in accordance with the usual procedures, consulted the police, and interviewed the students involved and their parents.

School: The case has been followed up in accordance with the usual procedures

Queen Elizabeth Secondary School responded to the "Hong Kong 01" inquiries in the name of the principal, Chen Xiangwei, saying that based on the principle of protecting the students involved, it would not respond to the behavior of individual students, but said that the Disciplinary and Assistance Team has followed the usual procedures to understand and follow up the case. , consulted the police, and interviewed the students involved and their parents.

The reply also mentioned that if students are found to need support in behavior and emotions, the school will follow up immediately.

The Education Bureau stated that it has not received any relevant complaints, but after receiving enquiries from reporters, it has immediately contacted the relevant schools to understand the situation, learned that the schools have consulted the law enforcement authorities on the incident, and notified all the students and parents involved, and Handle events according to the school-based mechanism.

The bureau pointed out that due to personal privacy, it is inconvenient to disclose the details of the case, and will keep in touch with the school to provide appropriate support.

The police replied that the Mong Kok Police District had not received any relevant reports, and also stated that the school liaison officer of the Mong Kok District Police Community Relations Team would continue to maintain close contact with schools in the district and provide timely assistance. 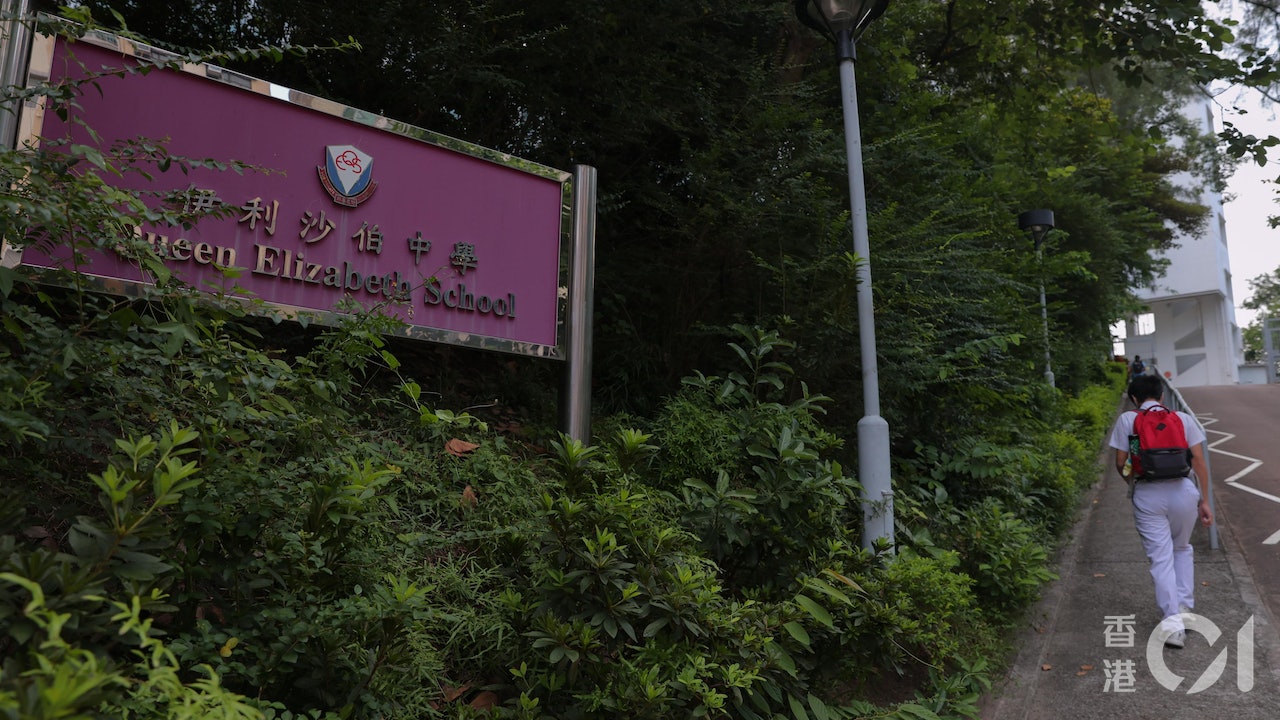 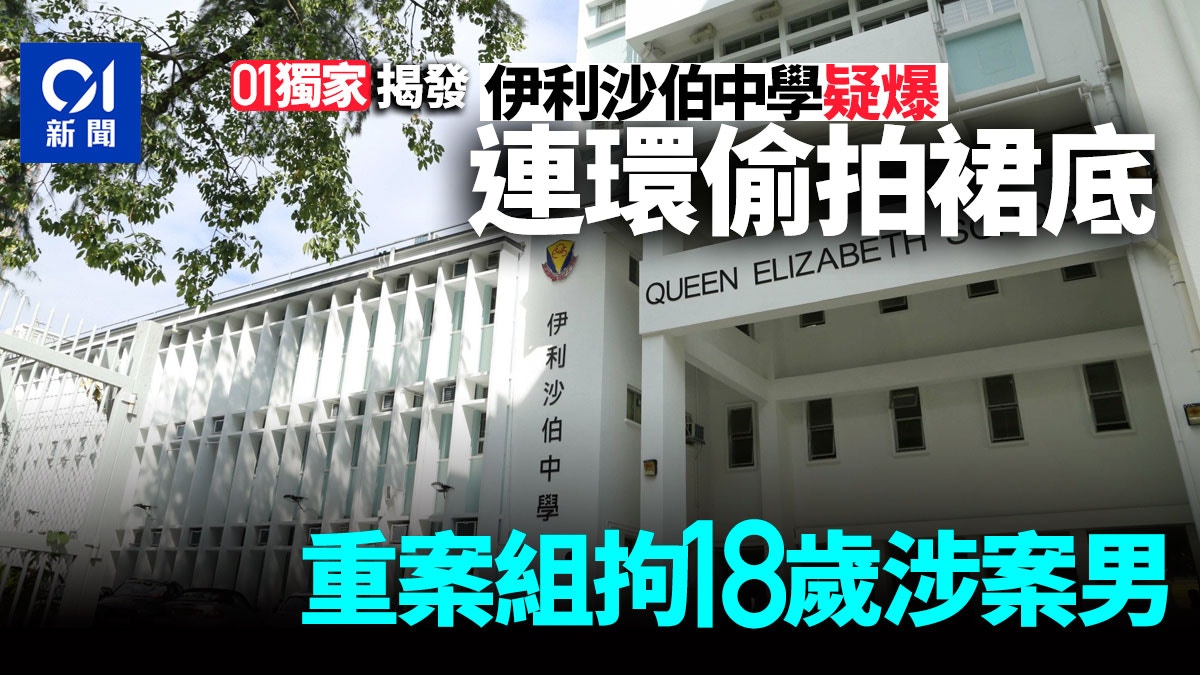 Queen Elizabeth Middle School's under-investigation of the candid photography incident caused a second injury, calling for the establishment of mechanisms and training 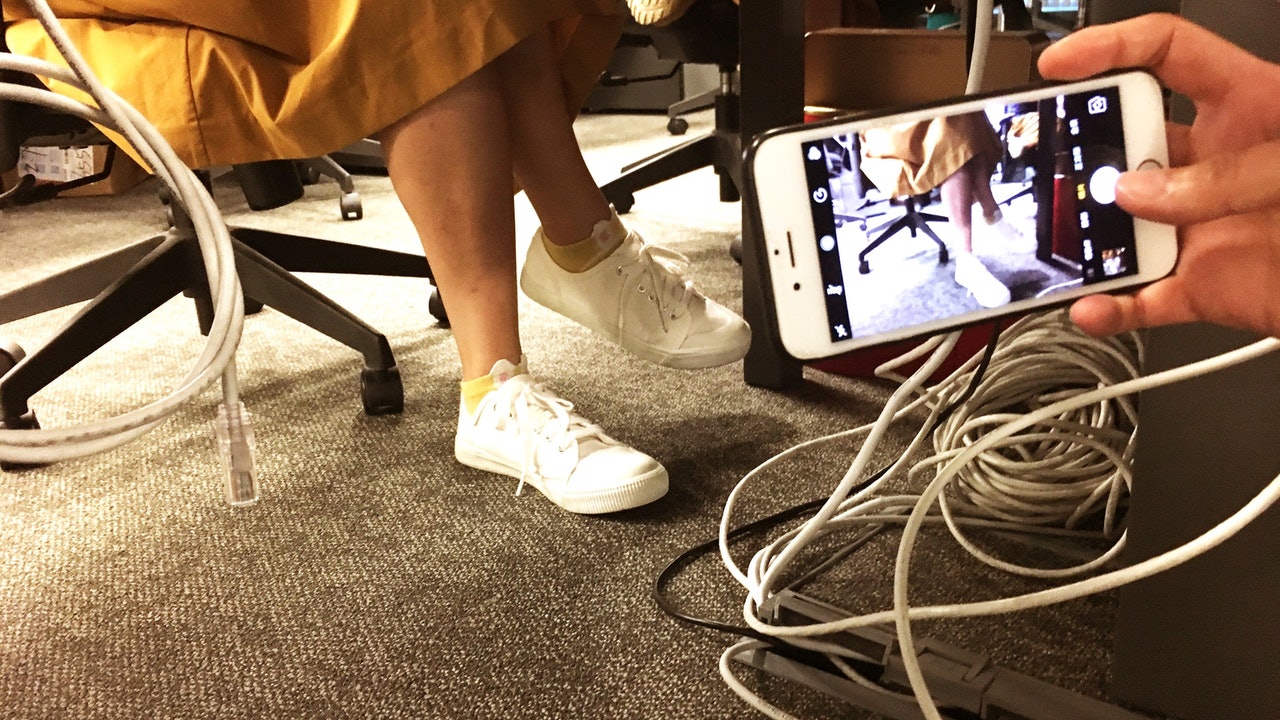 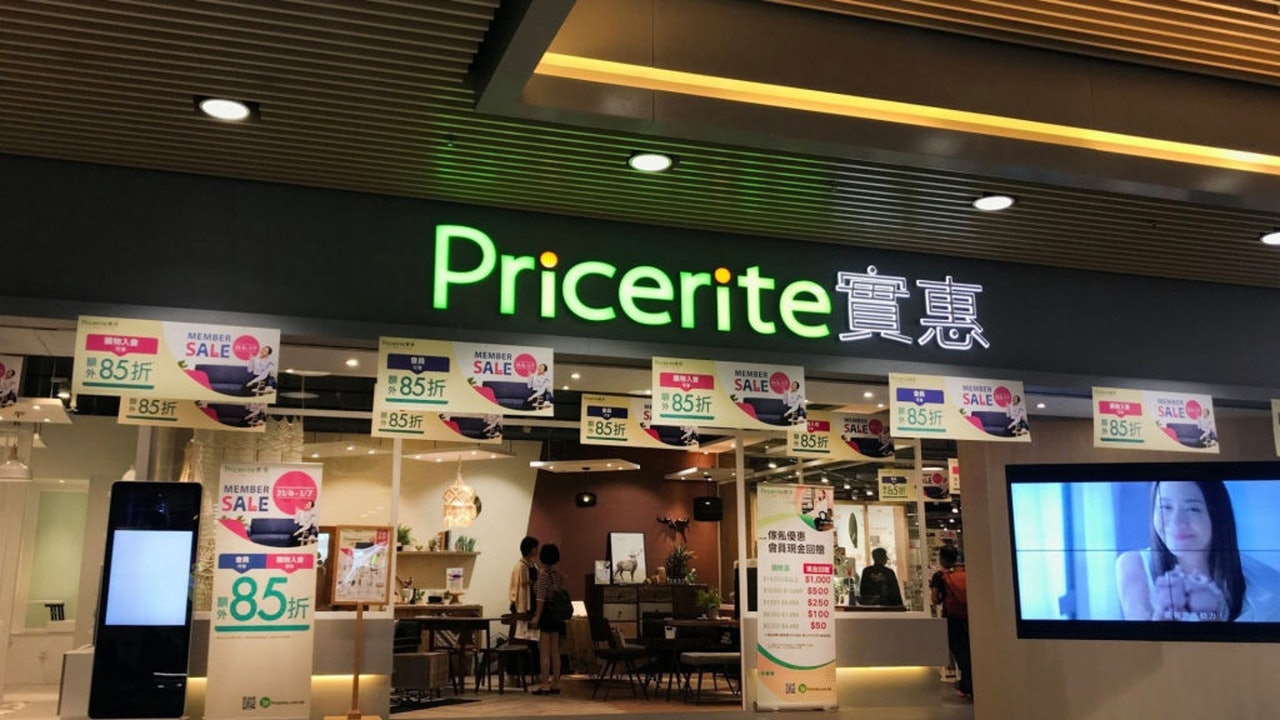 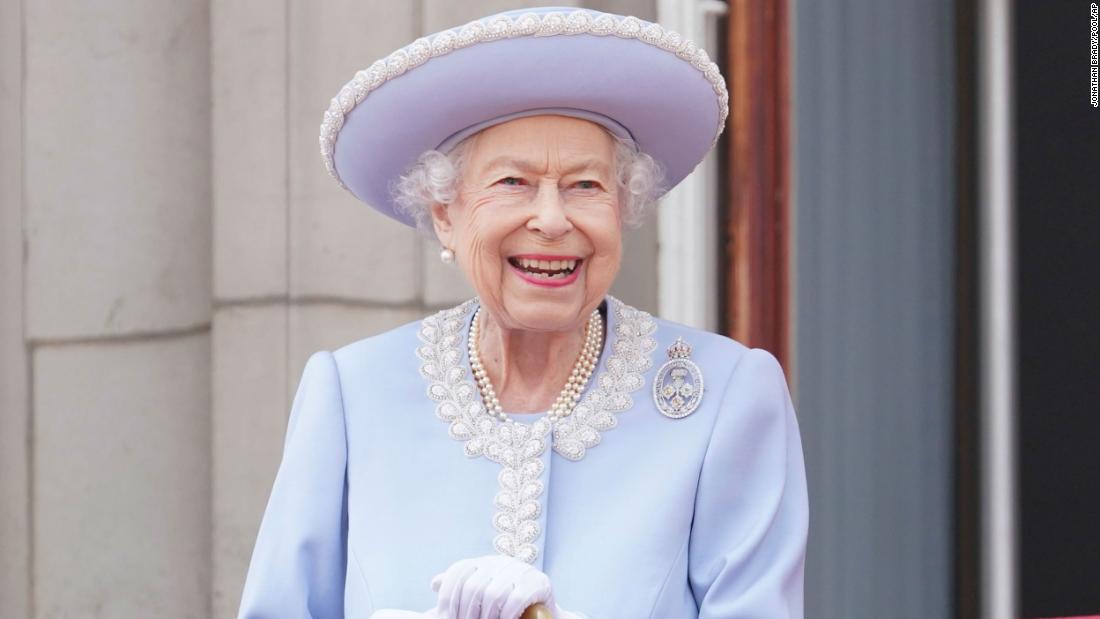 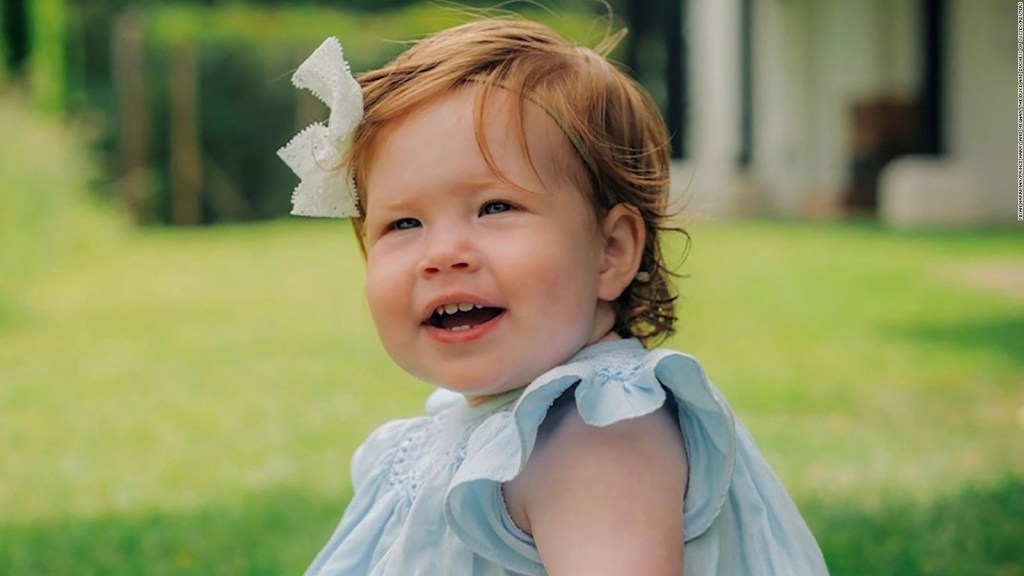