Tara Joseph, the former president of the American Chamber of Commerce in Hong Kong, has spoken out many times in the past about the anti-amendment turmoil and epidemic prevention measures. Earlier, she did not want to "contradictively" accept while calling on the Hong Kong government to relax epidemic prevention restrictions. 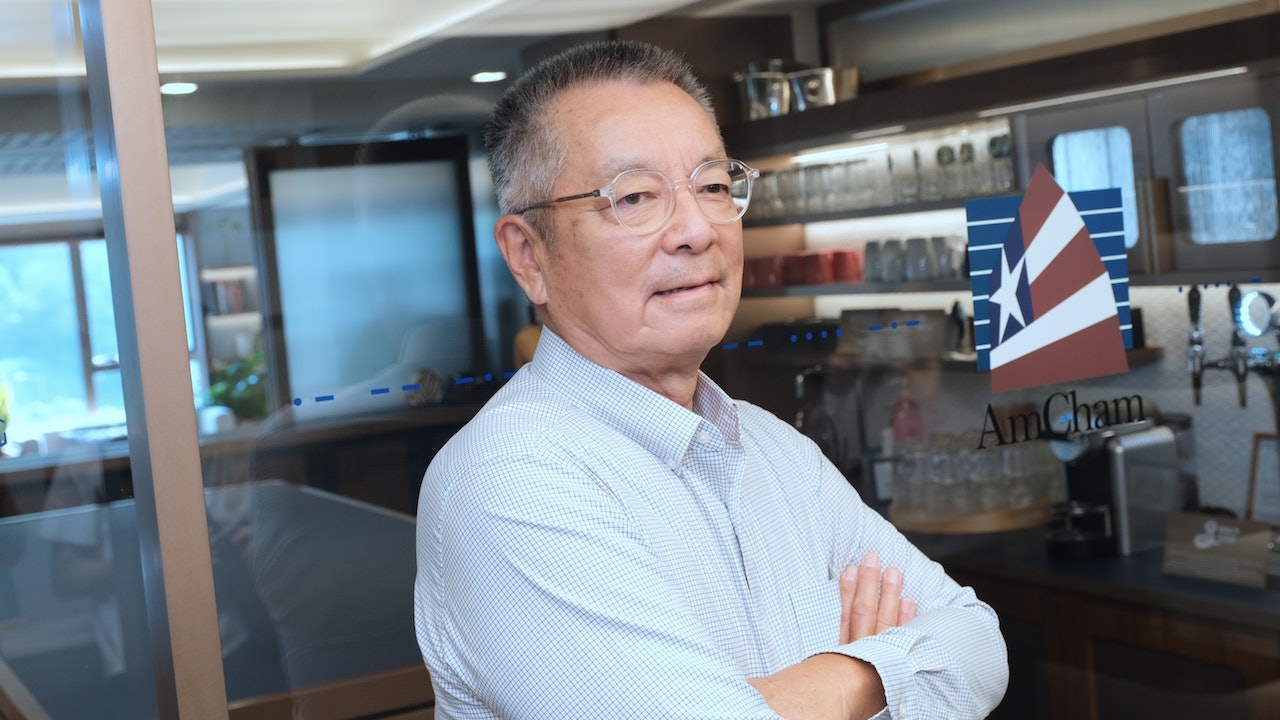 Tara Joseph, the former president of the American Chamber of Commerce in Hong Kong, has spoken out many times in the past about the anti-amendment turmoil and epidemic prevention measures. Earlier, she did not want to "contradictively" accept quarantine while calling on the Hong Kong government to relax epidemic prevention restrictions. 21 Japan's policy, and announced his resignation.

During the interview, he did not hesitate to say that "Hong Kong has changed." Although he is still confident about the future, he believes that the government should work hard on the "two systems" of one country, two systems, and more importantly, cancel the entry quarantine regulations as soon as possible to catch up with other regions. pace of.

Weng Yideng officially became the president of the American Chamber of Commerce in Hong Kong in September this year.

Weng Yideng officially became the president of the American Chamber of Commerce in Hong Kong in September this year. Looking through his resume, it is not difficult to find that he has a great relationship with China, the United States and Hong Kong in his life.

Born in Shanghai, he moved to Hong Kong at the age of 2. After junior high school, he went to the United States to study. He holds a doctorate degree. He also served in the US Air Force and retired as a colonel in 1993.

Today, the relationship between China and the United States has deteriorated, and Hong Kong has also experienced the 2019 anti-amendment turmoil, the implementation of the "Hong Kong National Security Law", and the impact of the new crown epidemic.

In an interview, Weng Yideng said bluntly, "Hong Kong is a different Hong Kong, which is different from when I left (in 2018)." He believes that there are many challenges in Hong Kong at present, and there are many problems in the world. The outlook is optimistic, "So if you look at it with a more optimistic view, I think Hong Kong is really good, but the question is how can companies survive on this rocky river?"

While the outlook is positive, problems always have to be solved.

Chief Executive Li Jiachao announced his first "Policy Address" next month. The American Chamber of Commerce in Hong Kong submitted a proposal a few days ago, urging the Hong Kong government to formulate a roadmap for returning to normal as soon as possible, and to cancel all entry quarantine regulations to maintain competitiveness.

Tara Joseph, president of the American Chamber of Commerce, said earlier that the Hong Kong government's adherence to the "zero" policy is like cutting off ties with foreign countries.

Call for abolition of all entry quarantine regulations

Weng Yi Deng believes that Hong Kong has three major challenges to face, and the most urgent is the epidemic prevention measures.

The interview was conducted last Thursday (22nd), when it was rumored that Hong Kong would relax entry quarantine measures from "3+4" to "0+7". Unexpectedly, the Hong Kong government was more aggressive than expected. Last Friday It is directly relaxed to "0+3". After entering the country, you do not need to go to the hotel for quarantine, but there is still a three-day "yellow code" restriction, and you cannot enter restaurants and other places.

Weng Yideng pointed out that other Asian regions have successively lifted various epidemic prevention restrictions, and most of them have returned to the pre-epidemic level, but Hong Kong is lagging behind, "If 0+7, you know that many people are not just doing business. It’s all good to socialize, maybe it’s a meal with the chairman of another company, if you limit your visits to a certain place, it’s not a good one.”

He does not object to the need for testing after arriving in Hong Kong, but believes that most restrictions should be lifted to compare with other places, "Hong Kong is a hub city, and its economy is a distribution network economy..., other cities in Asia , It doesn't mean that their status is higher than that of Hong Kong, but (relaxing epidemic prevention measures) people's pace is faster than ours."

After the visit, the government launched a "0+3" plan, and there is no roadmap for the complete removal of entry quarantine, but at least it is a trend of relaxation.

But another far-reaching impact on the development of Hong Kong is that after the central government promulgated the "Hong Kong National Security Law", the staff of "Apple Daily" and "Stance News" were successively charged with the "Hong Kong National Security Law" and the crime of sedition, the pro-democracy "primary election case" and other incidents , causing many Hong Kong people and overseas enterprises to lose confidence in "one country, two systems" and the rule of law.

The Chamber of Commerce's proposal begins by citing the "Four Hopes" in President Xi Jinping's July 1 speech, stating that under "One Country, Two Systems", Hong Kong is a window connecting China and the world, and also refers to the rule of law, press freedom, judicial independence and freedom The market is the cornerstone of Hong Kong. To build confidence in the business community, the Hong Kong government cannot deviate from these values.

Weng Yideng also pointed out that at the level of "one country", it has been clearly tied. "So the family should focus on doing more in the two systems, including external publicity and promotion." (file picture)

The Chamber of Commerce stressed that "one country, two systems" is the key to Hong Kong's success.

Weng Yi Deng also pointed out that at the level of "one country", it has been clearly tied, "so the family should focus on doing more in terms of the two systems, including external publicity and promotion."

He does not deny that the current view of Hong Kong in the world "is not very good, there are many misunderstandings, and there are many 'old boys' passed down." He believes that the business environment has not changed, "This new Hong Kong has changed. In Hong Kong, because of the new laws, you have to pay attention to the two systems, and there are a lot of things to do to restore Communication.”

The rule of law is one of the main factors of Hong Kong's success in the past. Therefore, to deal with doubts in the market, he believes that the only way is to insist on developing the "two systems". He cited some legal systems that affect the business environment, such as contract law, or investment and finance. In fact, the regulations have not changed. For example, Facebook's regional headquarters is still in Hong Kong. "Well, it's a Hong Kong story, and there are many companies that continue to think that Hong Kong is a good place... Please clarify, you can't sit here. In this case, we should take the initiative to clarify that the business environment (in Hong Kong) is the same, with independent tariffs; we make our own decisions."

He believes that the central government also hopes that Hong Kong will continue to maintain its international status. "They do not want Hong Kong to become Shanghai or Guangzhou. Shanghai is not Hong Kong, and China does not need another Shanghai."

Sino-US friendship has not changed Hong Kong's role as "intermediary"

As for the third one, the one that the Hong Kong government is "incapable of" is Sino-US relations.

Weng Yideng believes that the Sino-US relationship under globalization is "inextricably linked", but the enmity between the two countries will definitely have an impact on Hong Kong's role as an "intermediary" connecting the West and China. Perhaps it is up to companies to judge the situation and seek their own space, "You keep trying. If there are new restrictions, you have to use the second method. One day you can't find the space, so you have to make a decision."

If China and the United States have good relations, Hong Kong will definitely benefit. "But if you want to do business, you need to operate under the existing conditions." He clearly stated that he has not yet reached the point of "losing space". Although he does not think the world is a good place, But after returning to Hong Kong for more than three weeks, I met with business friends during this period, and everyone was optimistic about the future. "Everyone is thinking about how to make a difference. I really admire Hong Kong people. I will find a way. The world continues to do it.”

Decided to take over at a difficult time

Another thing that makes him feel that there is room is the number of members of the Chamber of Commerce. He pointed out that more than 80% of the members have renewed this year. There are currently more than 600 corporate members, and the total number of other members is nearly 2,000. Have confidence.

He pointed out that there are many reasons for not renewing the membership, some have graduated, some feel that the membership fee is too expensive, and some are due to the closure of the mainland, and if they cannot enter the mainland through Hong Kong, they will simply keep the mainland headquarters, but stressed that the number of members has not significantly increased. Decrease, and new members join one after another.

In the face of uncertainty about the future, Weng Yideng believes that this is the time for the Chamber of Commerce to function, and it is also the reason why he is willing to take up the post of president at the age of retirement, "I love challenges, and it is a difficult time according to my family. , If it were so bland, I would not (take office), and under such a different situation, would Zhong have no chance to do business? I believe it can, and I believe Hong Kong is an important international city.” 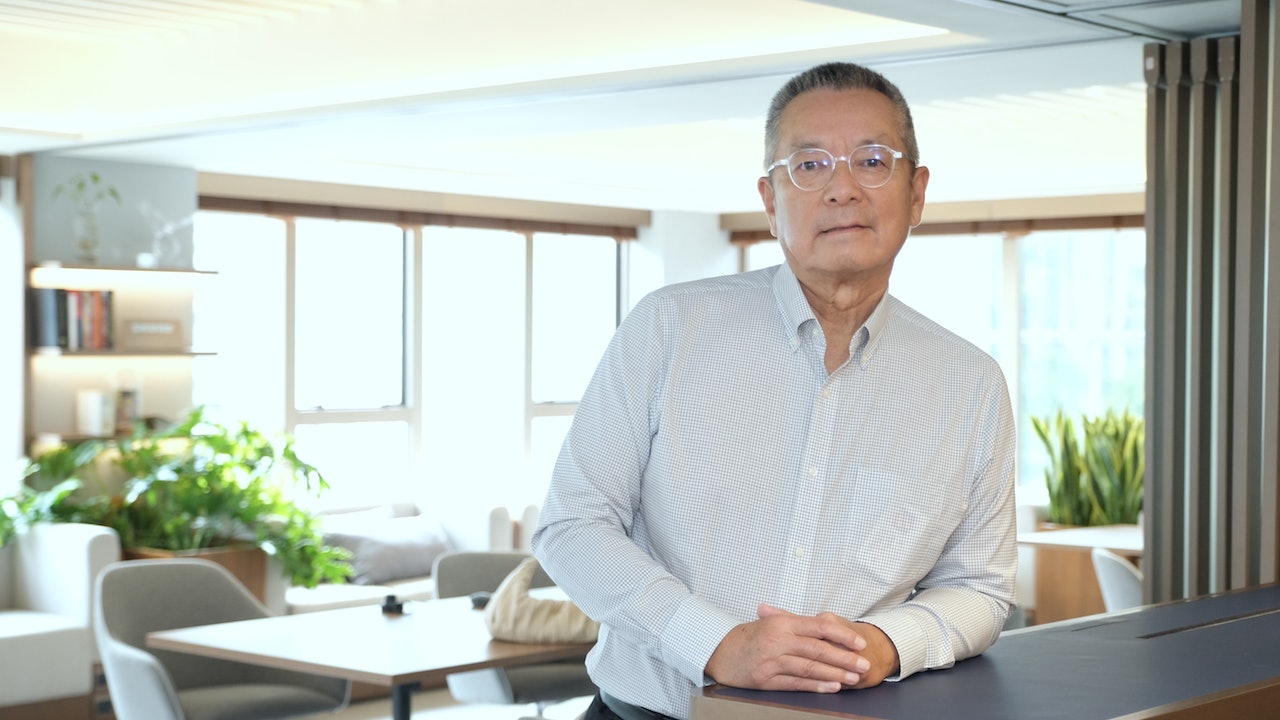 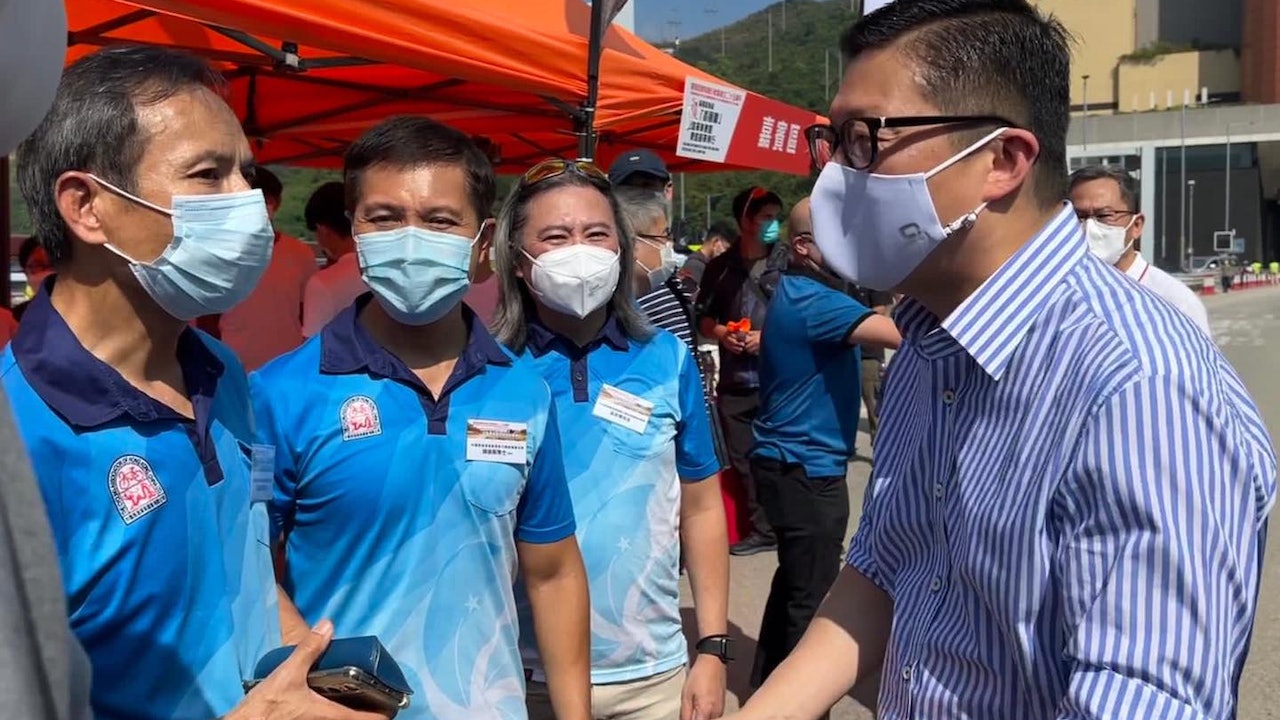 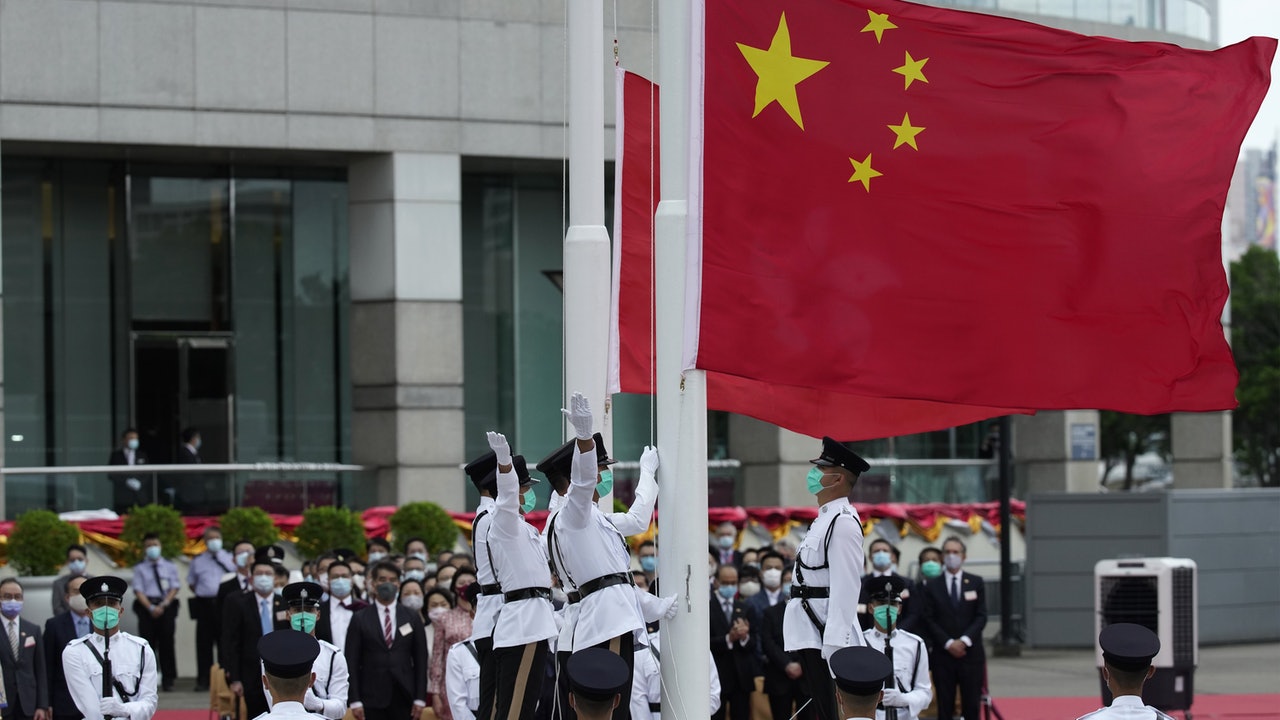 The 25th Anniversary of China's Return 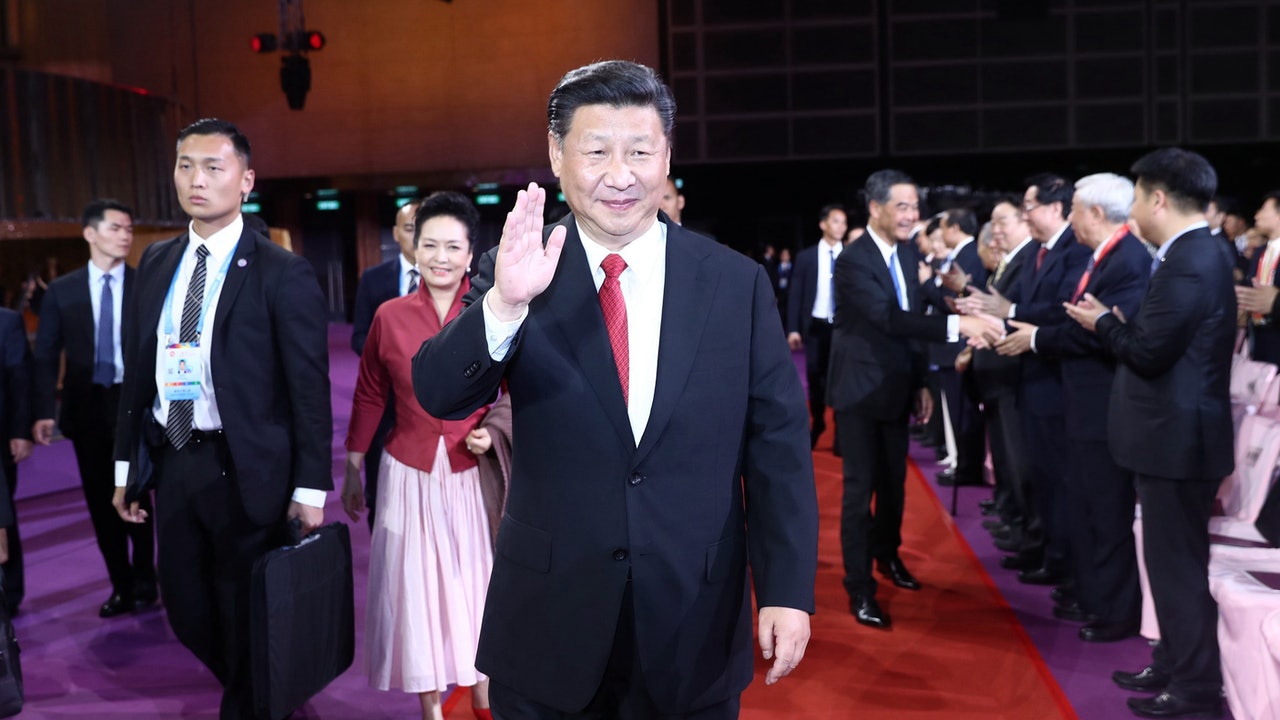 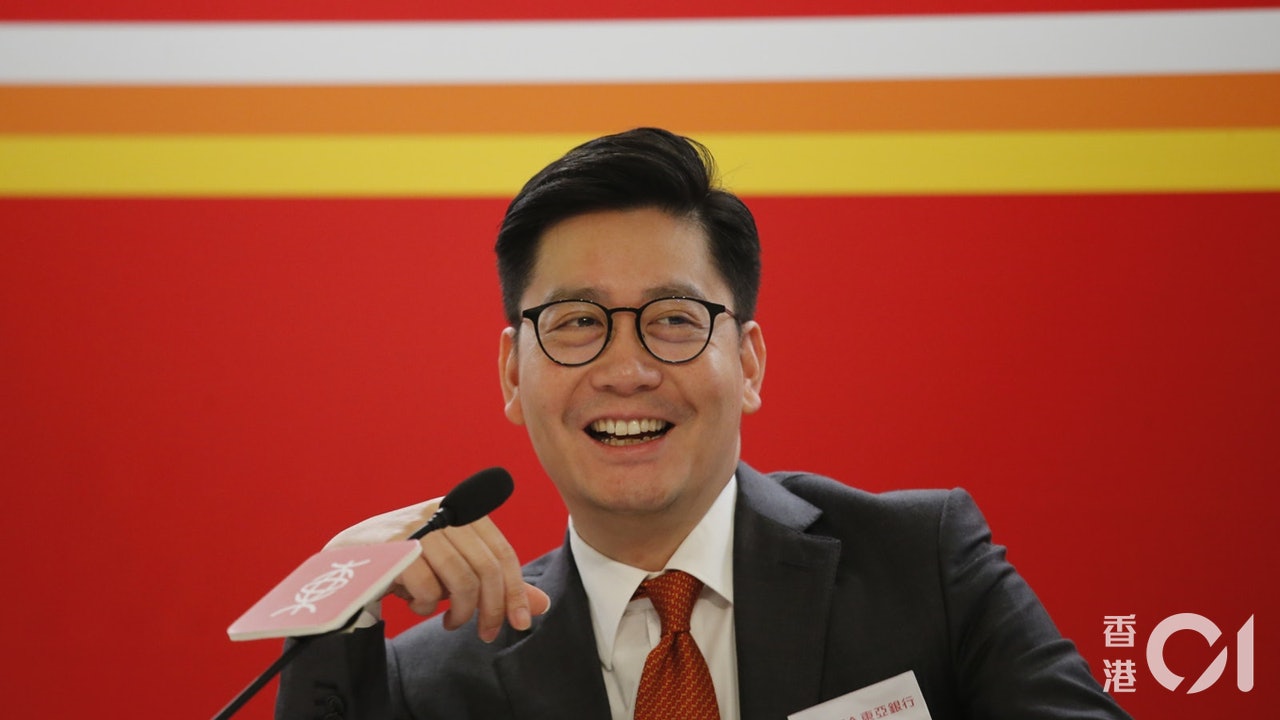 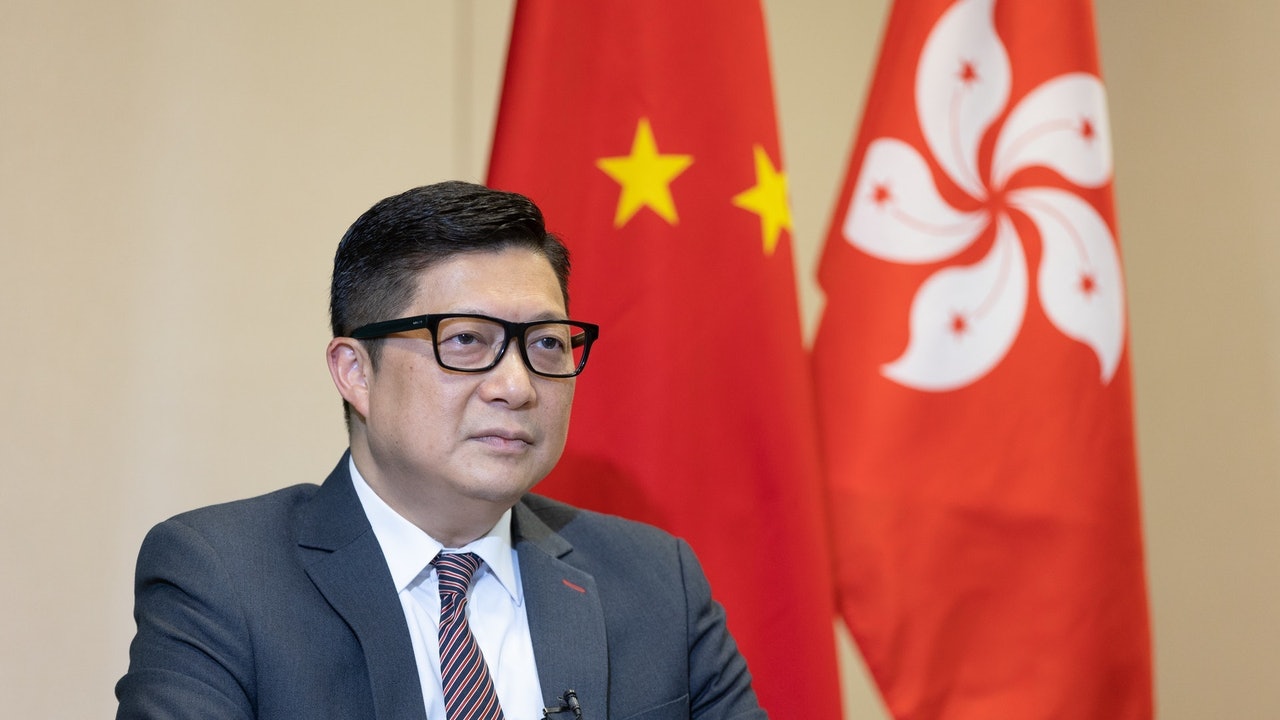 Cathay Pacific is back! It is expected that passenger flight capacity will return to 70% before the epidemic by the end of next year