A source close to the Kremlin to the "Meduza" website: the gates will be closed as early as this Wednesday • Another source: Those seeking to leave will be required to obtain "exit visas" • Estimates: on September 30 Putin is expected to announce the annexation of the territories held in Ukraine • Also: watch the circle of dances held by women in Yakutia against the recruitment

The trap is about to close: Moscow is expected to close the borders for men of conscription age, the independent news site "Meduza" reports.

A source close to the Kremlin told "Meduza" that the restriction that the exit gates from the country will probably be closed for the recruitment candidates already this Wednesday, September 28.

Another source said that this will happen after the completion of the "referendums" regarding the annexation to Russia, which are being held in the "republics" of Donetsk and Luhansk, and in the territories of Kherson and Zaporizhia districts held by the Russians.

The "polls" are supposed to end the day after tomorrow.

According to the source, any of the men who wants to leave will have to get an "exit visa".

The moves are expected to trigger even more attempts to leave Russia.

In recent days, queues of tens of kilometers (in aggregate) have been stretching at the Russian border crossings with Kazakhstan, Georgia, Finland and Mongolia.

The waiting time in line at the "Varhani Lars" crossing to Georgia, for example, was at least 36 hours.

However, the expected decision is probably also related to reports that Moscow's ultimate goal is to recruit almost a million people - in two additional recruitment waves that are planned until the end of the year and an official announcement has not yet been made about them.

In any case, the expected announcement of the exit restriction is both surprising and unsurprising.

Surprising - because only in July of this year a senior official of the Ministry of Foreign Affairs in Moscow claimed that "there will be no exit visas".

However, it is not a big surprise because in Russia they have become accustomed to the fact that the government violates its commitments time and time again.

Thus, for example, Kremlin spokesman Dmitry Peskov promised at least 4 times that there would be no recruitment - and here the recruitment is in full swing.

March 18, 2014. Putin arrives to announce the annexation of Crimea.

In Russia it is further reported that on September 29 the Federation Council is expected to examine the entry of the new administrative units (Luhansk, Donetsk, Kherson and Zaporizhzhia) into Russia.

If there will indeed be such a gathering, then this is another indirect proof of the fabrication of the results of the "referendums", which are held under conditions of occupation and are not recognized by the western democratic countries.

It was also reported that Vladimir Putin will address the Federal Assembly on September 30 (the overall name for both houses of parliament), and it is estimated that he will announce the annexation of the occupied territories at the event.

Women in Yakutsk in a dance circle against conscription // Credit: SakhaDay

Meanwhile, sporadic protests against the conscription continue in Russia.

In Yakutsk, the capital of the Republic of Sakha in the Far East, about 400 local women - grandmothers, mothers and their daughters - organized themselves into a traditional dance circle called Osuokhay and imprisoned the policemen in it.

There were, of course, arrests at the event, but it is a show of courage that is not taken for granted under the current conditions. 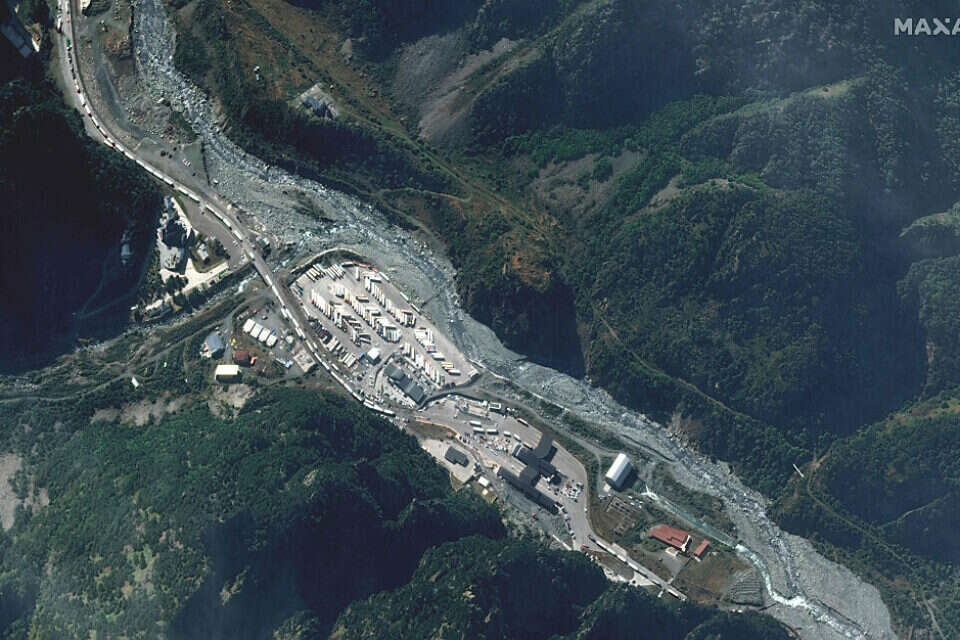 On the way to a humanitarian disaster: Russia is expected to ban the departure of men Israel today Preparing for a wave of immigration from Russia: Lapid spoke with El Al's VP about increasing the rate of flights from Moscow | Israel Hayom "I don't want to go to the front!" - Russian conscientious objector probably sets himself on fire in public

In the grip of conscription: Ukrainians curse “idiocy” – Russian men under pressure too