The M 2000 A2 self-propelled howitzer during target practice at the military training area in Grafenwöhr (archive image, July 2022).

Ukraine managed to repel Russian troops in the east of the country.

Kyiv - In the Ukraine war, Ukrainian troops in the east of the country have won back individual front sections and locations.

The supply of weapons from the West apparently played a decisive role in these military counterattacks - including the German Panzerhaubitze 2000 artillery system and the Gepard anti-aircraft tank.

But Chancellor Olaf Scholz (SPD) had reaffirmed this week that he did not want to deliver any more armored personnel carriers and battle tanks.

The use of German weapons in Ukraine's counteroffensive

The German Gepard anti-aircraft vehicle and the Panzerhaubitze 2000 artillery system apparently played a role in the Ukrainian counter-offensive in the east of the country.

This is indicated, among other things, by Ukrainian secret service information.

Only twelve bullets were needed for this.

"With Soviet or Russian barreled artillery, we might have needed 50 or more shells," the officer continued.

On the one hand, it is difficult to get so much ammunition to the front.

On the other hand, the danger for the crew increases the longer the operation lasts.

The destruction of the bridge over the Oskil prevented both the arrival of Russian reserves and the enemy's organized withdrawal, the source said.

Russian troops have been pinned down on the west bank and cut off any possible reinforcements from the east.

Russian soldiers then fled instead of fighting, the Ukrainian side said.

The Ukrainian troops were also able to liberate the city of Izyum, around 70 kilometers to the south, as part of the counter-offensive.

Ukraine conflict: That's why the self-propelled howitzer is a "game changer"

So far, Germany has supplied air and anti-tank weapons and artillery, among other things.

The German Gepard anti-aircraft tank, for example, was important in recapturing the areas in the east, as reported by

So far Ukraine has received 24 of the promised 30 Gepard tanks.

The system is appreciated by the Ukrainian military because the two cannons together can fire 1100 rounds per minute.

With an all-round search radar with a range of 15 kilometers, the cheetah can also fight low-flying aircraft, drones or helicopters, as reported by

The turret rotates on its own axis in just 2.5 seconds, so that ground targets can also be attacked effectively.

From the point of view of the expert Frank Ledwidge from the University of Portsmouth, the Panzerhaubitze 2000 is also decisive for the military successes of the Ukraine.

The self-propelled howitzer hits the target from a distance of 30 kilometers with a maximum deviation of five to ten meters.

Other experts even speak of a "game changer" with this weapon system.

Including a former general who

wanted to remain anonymous to

The Panzerhaubitze 2000 is the most effective in the world.

“This heavy weapon is feared not only for its firepower.

She is exceptionally valuable because she is extremely mobile and evades counterattacks before the enemy can shoot back.”

Within an hour they could cover a distance of 40 kilometers and then continue to attack from a new location from an undiscovered position.

"If we succeed [...] in eliminating Putin's artillery, that could decisively change the course of the war for Ukraine and become a 'game changer' in the defense struggle against Russia," said the military expert back in June.

For weeks now, Ukraine has been demanding that Western-style battle tanks and armored personnel carriers be delivered to it.

So far, however, no NATO country has delivered western-style battle tanks.

Ukrainian counter-offensive a disaster for Russia: How Putin involuntarily became an arms supplier

The bridge over the Oskil River destroyed by Ukraine had an important strategic importance.

The British Ministry of Defense reported on Saturday, citing intelligence information, that Russian troops have now established a defensive line between the Oskil River and the small town of Svatove in the Luhansk Oblast, which they are determined to hold.

Russia wants to retain control at all costs because one of the few supply routes that is still controlled by Russian units runs through this area, it said.

"A significant loss of territory in Luhansk will significantly undermine the Russian strategy," the ministry said.

"Russia will probably try to defend this area stubbornly, but it is unclear

Ukraine conflict: votes for and against further arms deliveries by the federal government

The ongoing counter-offensive proves that military aid is bringing Ukraine closer to victory and peace, Estonian Prime Minister Kaja Kallas said in a speech on Saturday.

"Our focus must be on increasing our aid and arms supplies to repel Russian aggression as quickly as possible," Kallas said.

The US government has expressed a similar view of the successes of the counteroffensive.

"I think what you're seeing is certainly a shift, a momentum in the Ukrainian armed forces," White House spokesman for the National Security Council John Kirby said Tuesday.

The United States itself is planning further arms deliveries to Ukraine in the near future.

In Germany there are different opinions.

The Greens and FDP spoke out in favor of this, and there were also corresponding demands in the SPD.

The CDU and CSU are also in favor of expanding arms aid.

According to the Union, “heavy weapons, especially armored combat vehicles and more long-range artillery, also from the stocks of the Bundeswehr should be delivered to Ukraine”.

In the video: News about the Ukraine war

The head of the German Armed Forces Association, André Wüstner, warned against "cannibalization of the troops".

Any further delivery of weapons and ammunition would weaken the Bundeswehr.

"We can imagine, for example, handing over armored personnel carriers from the stocks of the industry," added the military expert on Saturday in an interview with the

Of course, Germany's arms deliveries are a thorn in Russia's side.

The Russian ambassador in Berlin, Sergei Neschajew, raised serious allegations against Germany because of the arms deliveries.

"The mere delivery of lethal weapons to the Ukrainian regime, which are used not only against Russian soldiers but also against the civilian population in Donbass, is a 'red line' that the German government (...) should not have crossed," Nechayev warned in an interview with the Russian daily

) that was published on Monday. 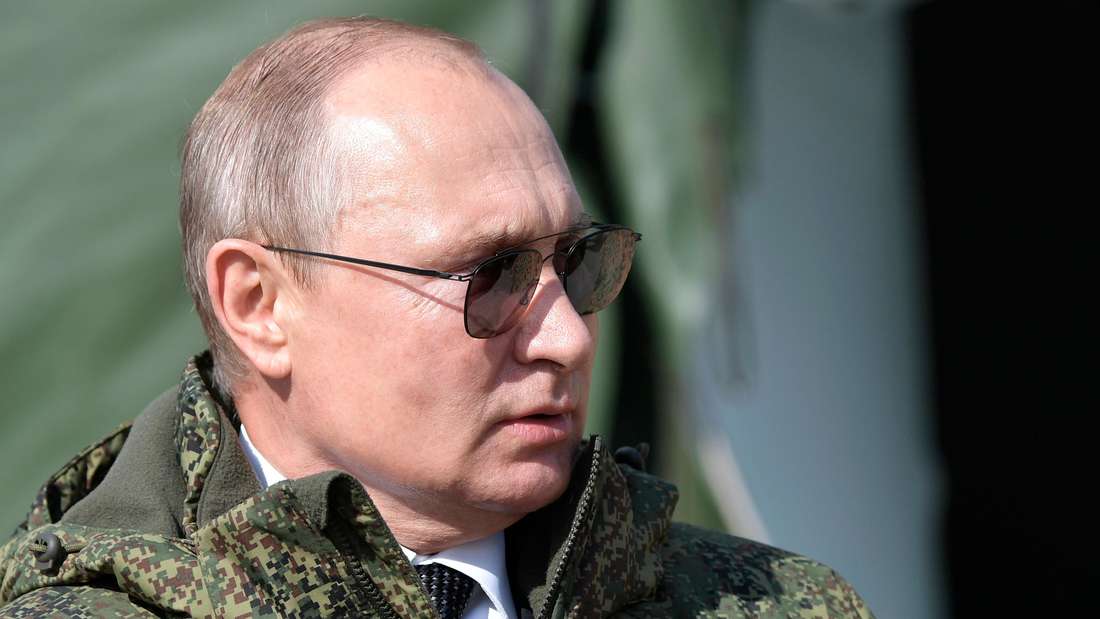 The richest woman in Vietnam was arrested｜Husband Zhu Liji filed a case against Mid-Levels Tianhui, and the government called for regulation
2022-12-04T23:15:16.972Z

The town of Barcelona where residents save 50 euros on their electricity bill thanks to solar panels in municipal buildings
2022-12-04T22:20:42.443Z

Secretary of State in Lincoln: "The administration will judge the incoming government according to its policies" | Israel today
2022-12-04T21:50:29.599Z