Guterres calls for an end to the era of nuclear blackmail And the United Nations News Center quoted Guterres as saying today during a special session of the United Nations General Assembly dedicated to discussing the issue of nuclear disarmament, “We gather on this international day to speak with one voice to defend our world and our future and reject the claim that nuclear disarmament is a utopian dream that is impossible to achieve.”

Guterres added that since the fall of the Berlin Wall decades ago, we can once again hear the clatter of nuclear swords, and that the idea of ​​any country fighting and winning a nuclear war is a dysfunctional idea, calling for the need to put an end to nuclear blackmail in the whole world.

Guterres pointed to the need to seize the meetings of the United Nations General Assembly, as an opportunity to shape a more peaceful, confident and sustainable future, noting that there can be no peace without the elimination of nuclear weapons, as the annual meeting included representatives of Member States and civil society organizations.

The Secretary-General of the United Nations concluded his speech, pledging to work closely with all Member States to reach a new consensus, on how to collectively defuse these threats, and achieve the common goal of peace.

Guterres calls for an end to the era of nuclear blackmail 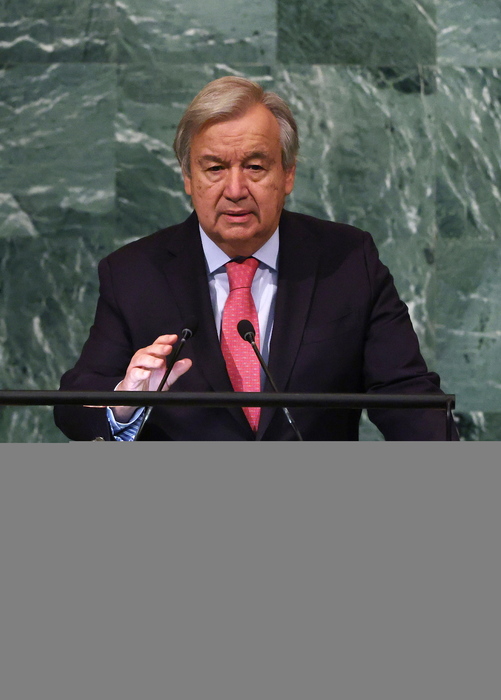 Zakharova: Kyiv's preparation for provocations in Zaporozhye is nuclear blackmail for all of Europe 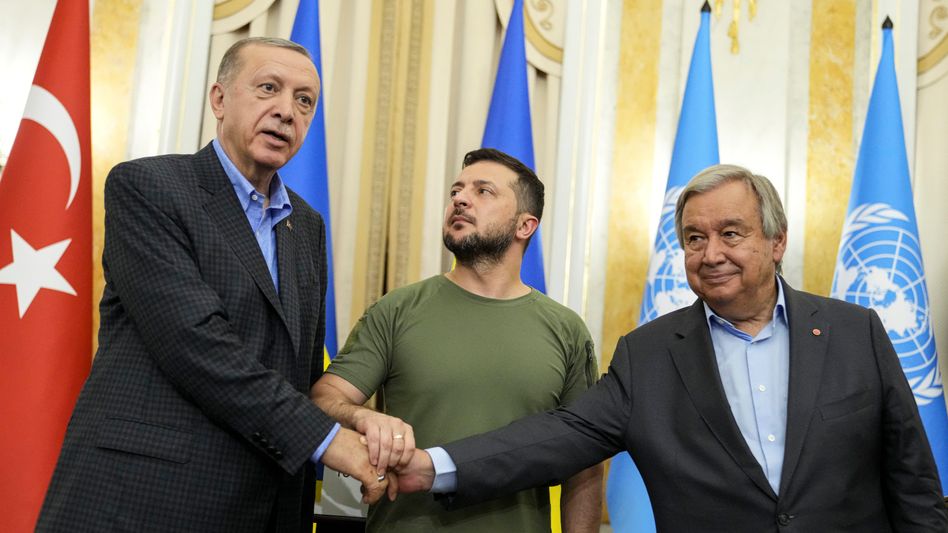 Ukraine war: Erdoğan hopes at meetings with Selenskyj and Guterres for the end of the war "at the negotiating table" Russian Defense: The Kyiv regime is preparing for a provocation at the Zaporozhye nuclear plant