After appearance at the Oktoberfest: Ed Sheeran beer mug for sale on eBay classifieds

A world star in the beer tent: Suddenly Ed Sheeran is on stage at the Oktoberfest in Frankfurt.

The decision to do so was apparently spontaneous.

Ed Sheeran’s surprising appearance at the Oktoberfest in Frankfurt entails another bizarre story.

There is already a lot of crazy stuff to buy on Ebay classifieds, but now the big hour has come for the really big fans of the pop star.

“Original beer mug from which Ed Sheeran drank at the Frankfurt Oktoberfest on September 24th, 2022” is the name of the auction, which has been running on eBay classifieds since Monday.

The unique beer glass will be auctioned off by No Limit GmbH from Obertshausen, which organizes the Oktoberfest in the Frankfurt city forest, as reported by fnp.de.

Already worth at least 1000 euros: The beer mug that Ed Sheeran drank from at the Frankfurt Oktoberfest.

Ed Sheeran in Frankfurt: Beer mug goes under the hammer on Ebay classifieds for a good cause

"We are auctioning off the original beer mug that Ed Sheeran made on 09/24/22 for a good cause.

And so that it is really clear that this is not a lousy scam, the auctioneer assures: "The beer mug is accompanied by the proof photos, as well as a photo of the handover with the organizers of the Frankfurt Oktoberfest if desired." Well then , Cheers!

After the surprising appearance of mega star Ed Sheeran at the Oktoberfest in Frankfurt, the background is now becoming clearer.

His performance on stage was actually a spontaneous decision, but his visit was not.

Organizer Kai Mann explains this to the

Cat with his boys "disposed of" - Animal shelter: "Will file a complaint"

Just not in the emergency shelter: Family from Afghanistan is looking for an apartment in Wetterau

Accordingly, those responsible for Ed Sheeran's concerts in Deutsche Bank Park had approached the man behind the Oktoberfest Frankfurt in advance.

Their idea: The musicians should certainly feel like celebrating on the last stop of their world tour in Frankfurt.

So why not in the almost immediate vicinity of the stadium in the Oktoberfest tent?

A reservation for a guest and entourage was requested.

However, the name of the VIP may not be made public.

But of course we want to know who it is beforehand, also for organizational and security reasons.

My contacts only wanted to tell me that after I had signed a non-disclosure agreement.”

Superstar Ed Sheeran: The pop singer also showed himself to his fans at the Oktoberfest in Frankfurt.

In the end it was Ed Sheeran who wanted to celebrate the last concerts of his tour with Oktoberfest beer in Frankfurt.

The organizers of the festival in the Main metropolis would not even have revealed the name of the world star to their life partners in advance, as Mann explains to the

: “It was crazy days when you walked around with such a secret and made ten to 15 phone calls every day or write SMS or e-mails on the matter.”

Ed Sheeran at the Oktoberfest in Frankfurt: "A very big number"

On Sunday it became clear: everything went well.

And more than that: World star Ed Sheeran spontaneously asked if he could go on stage.

So 15 security guards were deployed to ensure security.

And: "With their repertoire, our band had no problem accompanying him," praises Kai Mann.

“That was a really big number!

His manager also told me that he had never spontaneously sung three songs at an after-show party."

In the marquee near the Frankfurt Stadium, Ed Sheeran sang “Everybody” by the Backstreet Boys, among others.

"He had so much fun.

And he got along well with the customs.

He drank a pint of beer almost to "ex" on stage.

He can definitely party well and is a party horse," Mann told the

Surprising encore in the marquee: Ed Sheeran at the Oktoberfest in Frankfurt

Star appearance at the Oktoberfest in Frankfurt: Without much announcement, world star Ed Sheeran honored himself on Saturday evening (September 24) and sang a serenade to the visitors in lederhosen and with a beer mug in his hand .

A video released by the organizers shows the enthusiastic crowd singing along at the top of their lungs.

The 31-year-old Brit enchanted audiences with his ballad "Perfect" and the Backstreet Boys' "Everybody".

Previously, Sheeran had played in front of over 60,000 fans at his performance at the Waldparkstadion.

The encore took place in the marquee next door, so to speak.

Sheeran plays a total of three concerts in Frankfurt.

On Saturday, one of his shows had to be briefly interrupted due to thunderstorms. 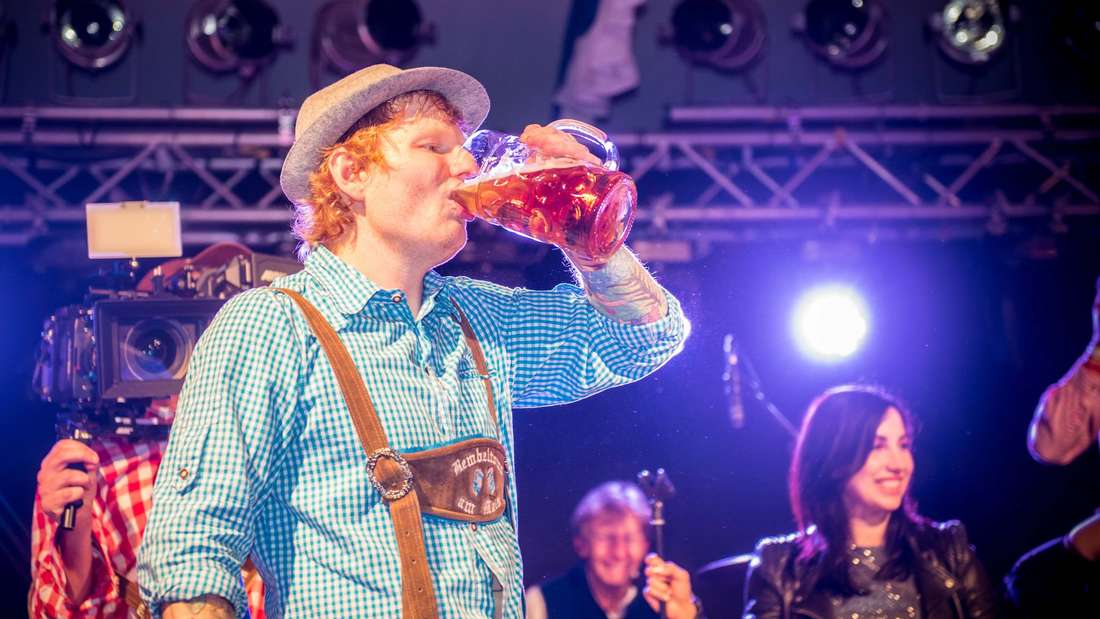 After the Oktoberfest appearance: Ed Sheeran's outfit is now going under the hammer 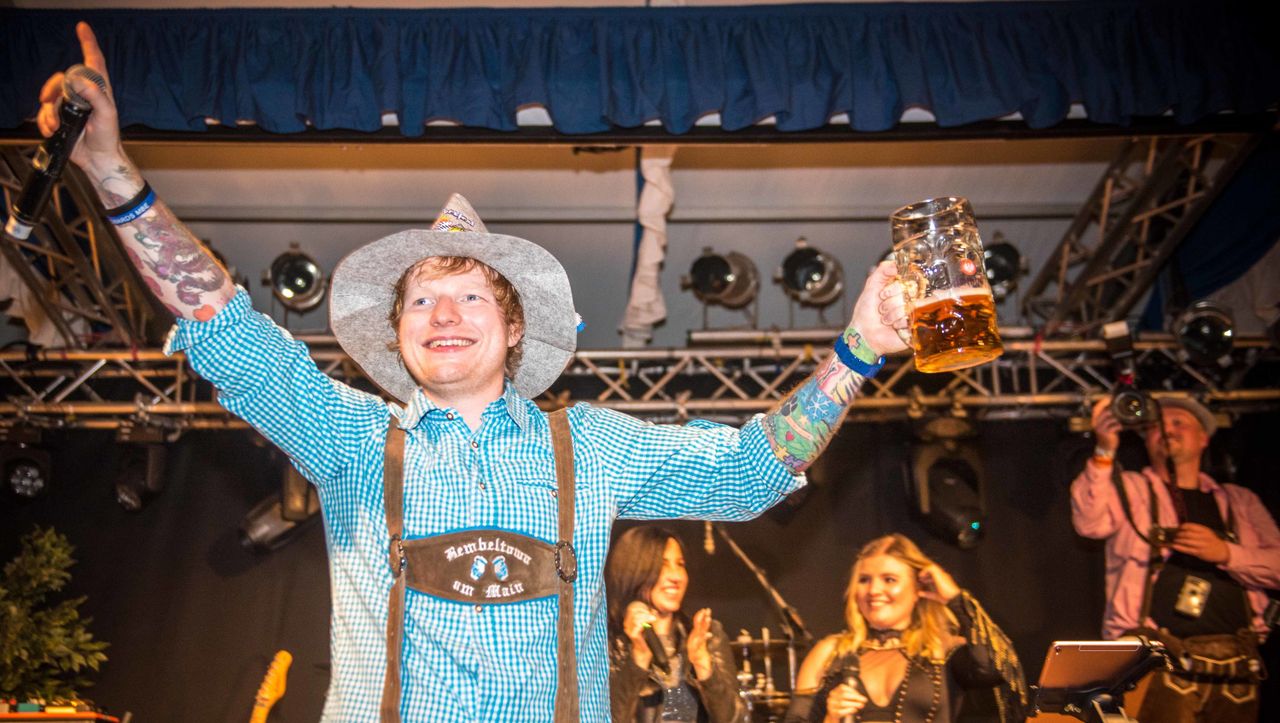