After the vote in the provinces of Zaporizhzhia, Kherson, Luhansk and Donetsk, the war enters a crucial phase: Russia warns that it can use nuclear weapons to defend its territory. Meanwhile, thousands of Russians have fled to neighboring countries to avoid being recruited.

By Adam Schreck and Jon Gambrell

Pro-Russian officials announced Tuesday that residents in three of Ukraine's four occupied areas have voted to join Russia, in a Kremlin-orchestrated referendum that has been declared illegitimate by the United States and its Western allies.

According to the Russian-installed election officials, 93% of voters in the

region supported annexation, as well as 87% in the southern

[Follow our coverage of the Russian invasion of Ukraine]

The preliminary result of the votes lays the groundwork for a new phase in the war between Russia and Ukraine that broke out more than seven months ago.

The votes are expected to serve as a pretext for Moscow to formally annex the four zones, which could happen this Friday.

Referendums in the Luhansk and Kherson regions and parts of Donetsk and Zaporizhzhia began on September 23.

Armed men were seen going from door to door to collect ballots asking residents if they wanted to join Russia.

Ballots from the Russian referendum to annex parts of Ukraine in Sevastopol, Crimea, on September 27, 2022.ALEXEY PAVLISHAK/REUTERS

Pro-Russian officials in these four occupied regions in the south and east of Ukraine announced the closure of the vote on Tuesday afternoon, after five days of elections.

Russian President Vladimir Putin is expected to address Russian parliamentarians on Friday to report on the outcome of the referendums.

Valentina Matviyenko, who heads the upper house of parliament, said

Meanwhile, Russia stepped up warnings that it might deploy nuclear weapons to defend its territory, including newly acquired land, and continued to mobilize an additional 300,000 troops to deploy along a battlefront of more than 620 miles (1,000 km).

After the vote, "the situation will change radically from the legal point of view, from the point of view of international law, with all the corresponding consequences for the protection of these areas and the guarantee of their security," the spokesman for the Kremlin, Dmitry Peskov.

[US warns Russia of 'catastrophic' consequences if it uses nuclear weapons]

Many Western leaders have called the referendum a sham, and the UN Security Council was scheduled to meet later Tuesday in New York to discuss a resolution stating that

the results of the vote will never be accepted

and that these four regions are still part of Ukraine.

Russia will surely veto that resolution.

The vote and the call-up of Russian military reservists ordered by Putin on Wednesday last week are aimed at strengthening Moscow's military and political positions.

This is not the first time that Russia has used referendums to expand its territory.

In 2014, Russian authorities held a similar referendum on the Crimean peninsula in Ukraine, under close surveillance by Russian troops.

Based on that vote, Russia annexed Crimea.

Putin tried to justify the February 24 invasion as a way to defend Russians living in eastern Ukraine from the nationalist government in kyiv.

More than 194,000 Russians flee to other neighboring countries

Meanwhile, a mass exodus has begun in Russia: Tens of thousands of men are seeking to evade a conscription order issued by Putin last week to enlist 300,000 army reservists, those with military experience.

The flight began last week and has caused the prices of airline tickets to skyrocket for the few airlines that still have flights out of Russia.

Many of those who want to go out have chosen to do so by car.

According to the online service Yandex Maps, the traffic jam leading to Verkhny Lars, a border crossing with Georgia from the Russian region of North Ossetia, extended for a few new miles (15 kilometers) on Tuesday.

Social media showed hundreds of pedestrians lining up at the checkpoint after Russian border guards relaxed regulations and allowed people to cross on foot.

[Russian Troops Raped, Tortured Children in Ukraine, According to UN]

Similar long lines were reported at some crossings into Kazakhstan.

said more than 53,000 Russians have entered the country since last week, while Interior Ministry officials in

The Finnish Border Guard agency said more than 43,000 arrived in the same period.

, which also shares a border with the country.

Russian authorities have tried to stem the flow, preventing some men from leaving citing mobilization laws.

The practice does not appear to be widespread, but rumors persist that Moscow may soon close the borders to all men of fighting age. 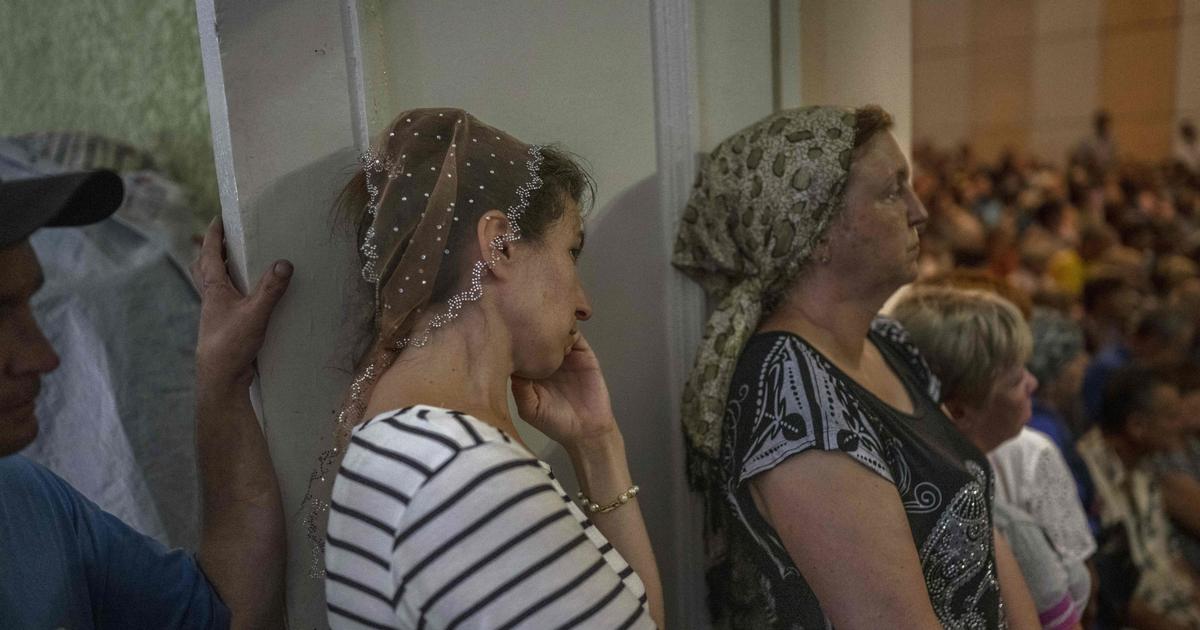 The war in Ukraine: Russia started the referendum on the annexation of the occupied territories - voila! news 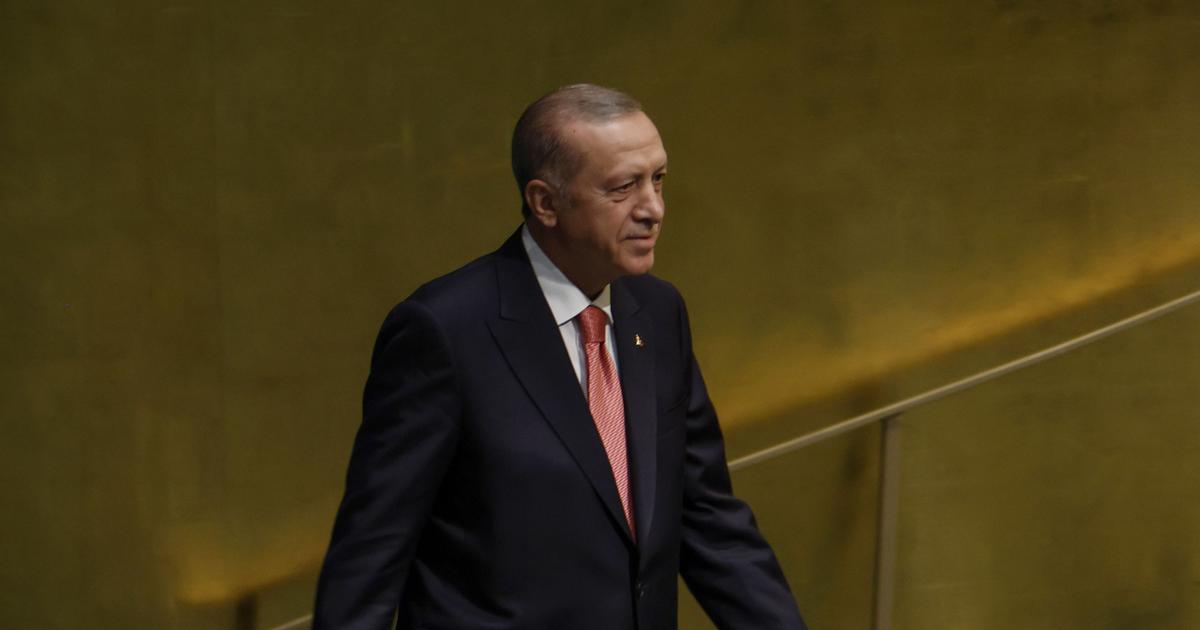 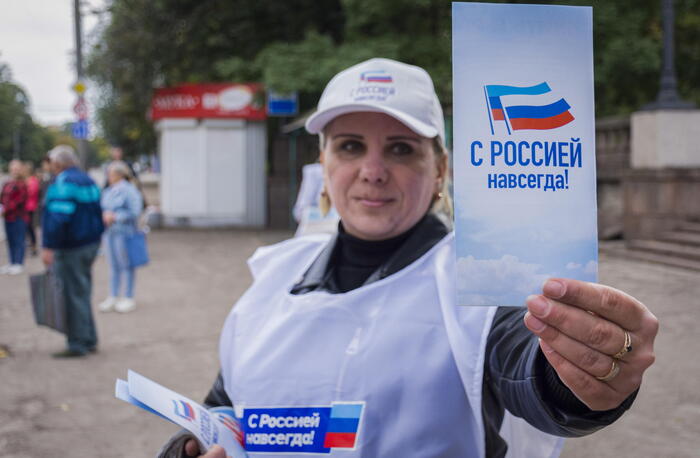 Moscow announces the start of the referendum in the occupied areas 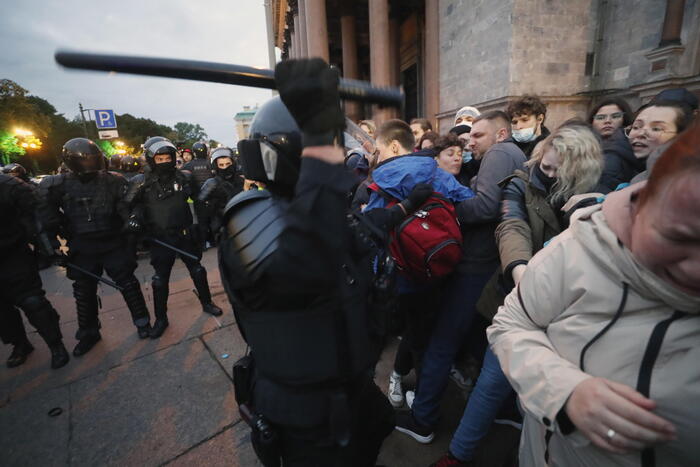 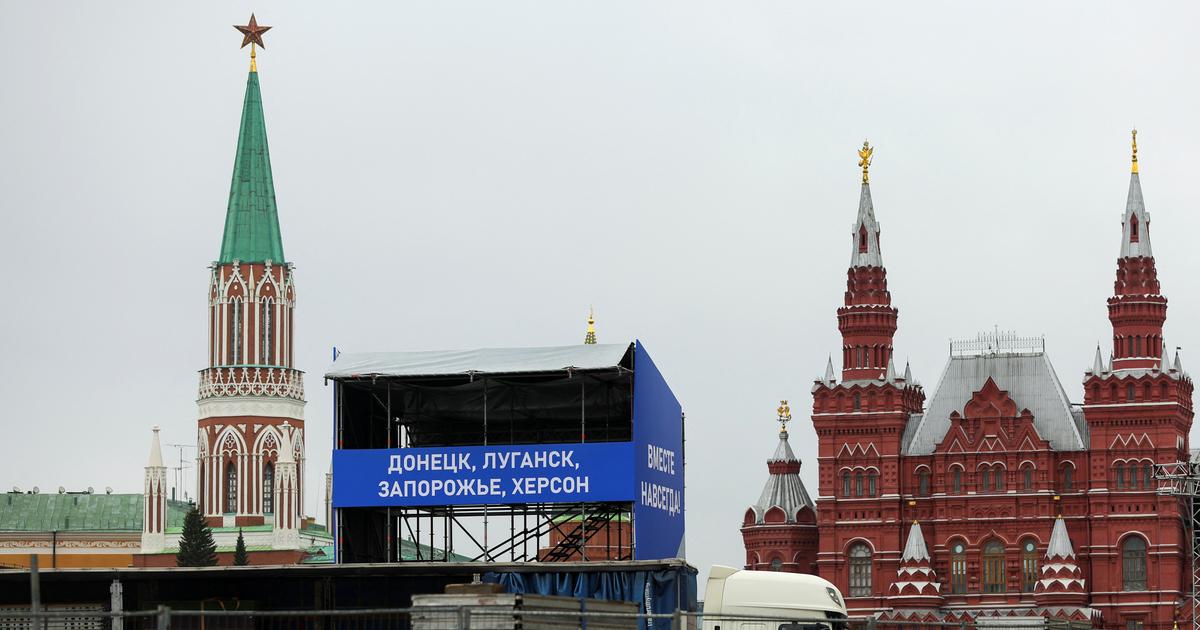