TV duel in Lower Saxony: cuddling instead of arguing

In a week and a half there will be elections in Lower Saxony. During the television duel, SPD Prime Minister Weil and his CDU challenger Althusmann were very friendly to each other. Only one topic got interesting. 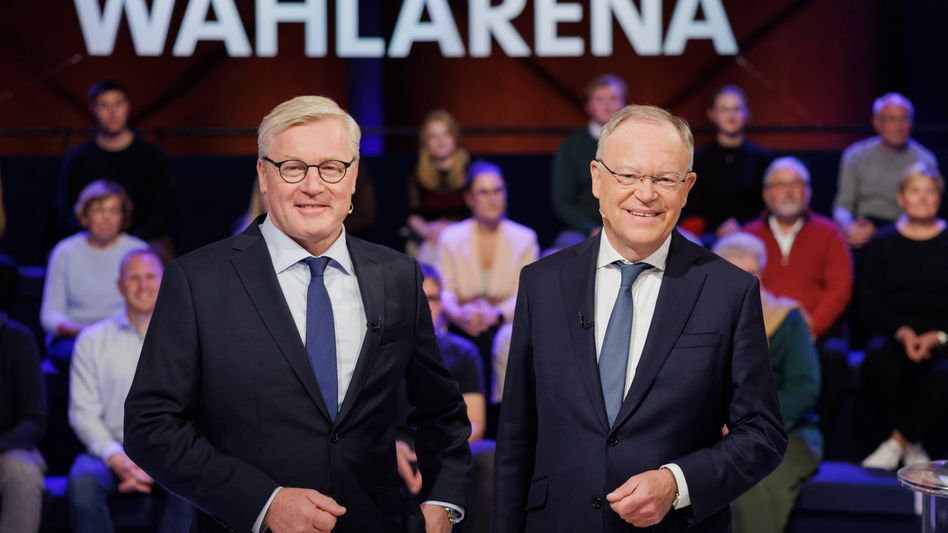 Five years of grand coalition have left their mark.

In front of a small audience, Prime Minister Stephan Weil (SPD) and his Economics Minister Bernd Althusmann (CDU) exchanged views on NDR on Tuesday evening, which could also have taken place at the cabinet table.

There was a lot of harmony.

Small discrepancies both smiled easily away.

More serious differences only became clear when looking at the energy crisis and the policy of the traffic light coalition in Berlin.

For example, when it comes to the question of whether the Emsland nuclear power plant should go offline as planned at the end of the year.

It's about security of supply and that is guaranteed in Lower Saxony, he said.

»It may be different in Bavaria«.

Althusmann contradicted: "I have a decidedly different view than Mr. Weil." He considers the continued operation of all three nuclear power plants to be absolutely necessary.

The policy of the Berlin traffic light coalition and the Prime Minister is fundamentally wrong.

There was also dissent about economic development in the crisis and the debt brake.

Weil explained that he wants to spend a billion euros on companies in need and loosen the debt brake.

Althusmann considered this to be "an election campaign maneuver along the lines of: 'Elect me and you'll get one billion euros.'"

There was a small dispute about the gas price cap, for which Weil had just drawn up a concept.

Challenger Althusmann also presented a plan of what such a lid could look like.

However, these mind games are not really relevant, because in the end the federal government will decide on the details of a gas price cap and not the federal states.

The tone of this television duel was polite, the mood relaxed.

Especially when it comes to state issues such as education, medical care in the country or the shortage of skilled workers in the companies: the candidates were so close together in the television debate that one could ask why they would even want to enter into a different coalition.

Stephan Weil would like to replace the CDU with the Greens.

Bernd Althusmann would also like to govern with the Greens if that is enough after the election.

The television duel on NDR was more of a nice hour of chatting than a duel.

It should not have changed much in the balance of power between the two top candidates.

Althusmann was perhaps a little more aggressive than the incumbent.

However, the similarities outweighed them. Survey: SPD in Lower Saxony ahead of CDU 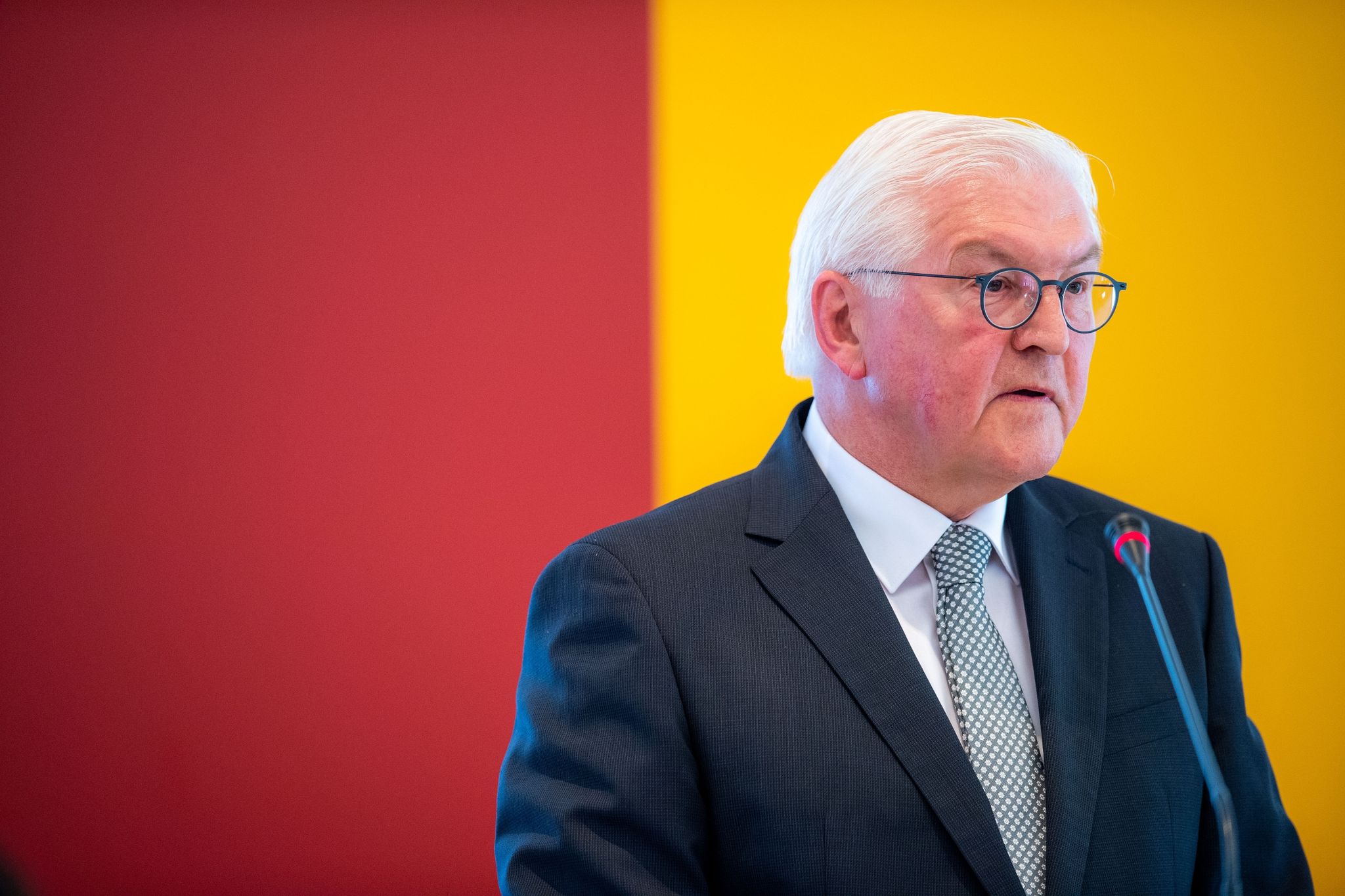 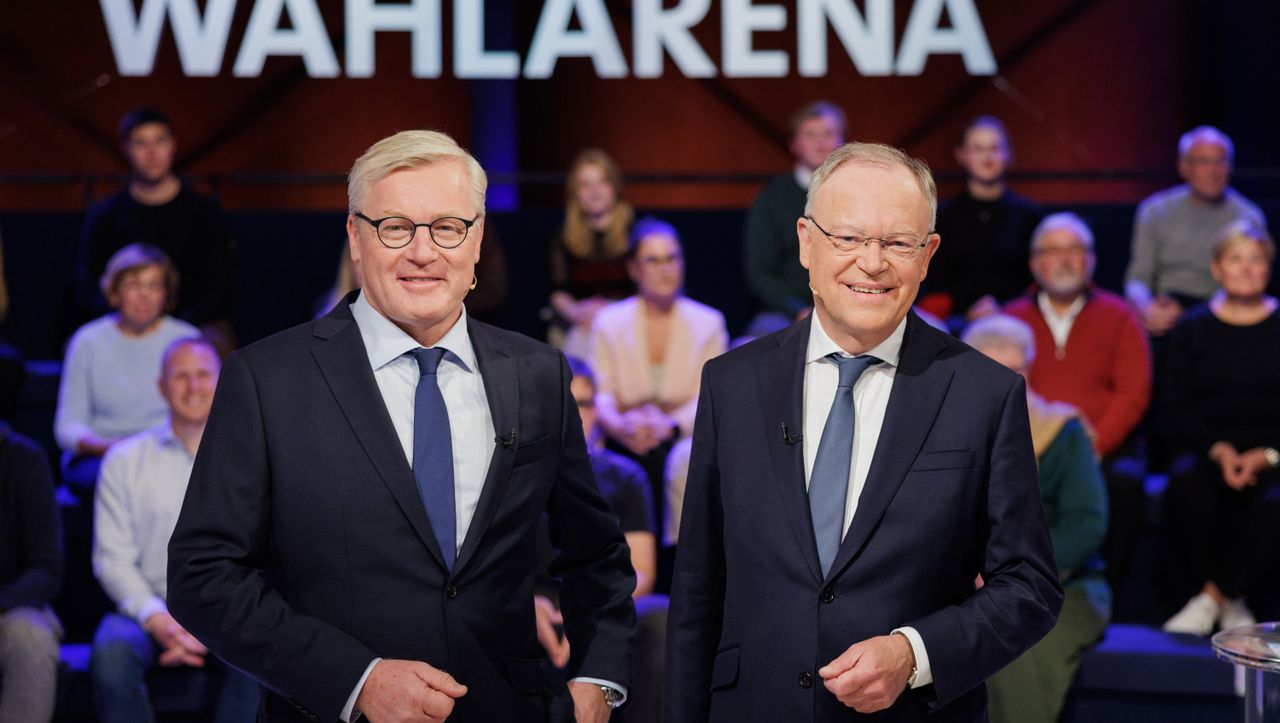 TV duel in Lower Saxony: cuddling instead of arguing