Usmanow, Shabalov and Tikhonowa: The Russians and their love for Tegernsee Created: 09/27/2022, 09:54 With the raid on Usmanov, a man close to Putin, on Lake Tegernsee, the public prosecutor's office is targeting Russian oligarchs for the first time since the beginning of the war. But Usmanov is not an isolated case. Rottach-Egern – It's the year 1838. There is joyful expectation around Lake Te 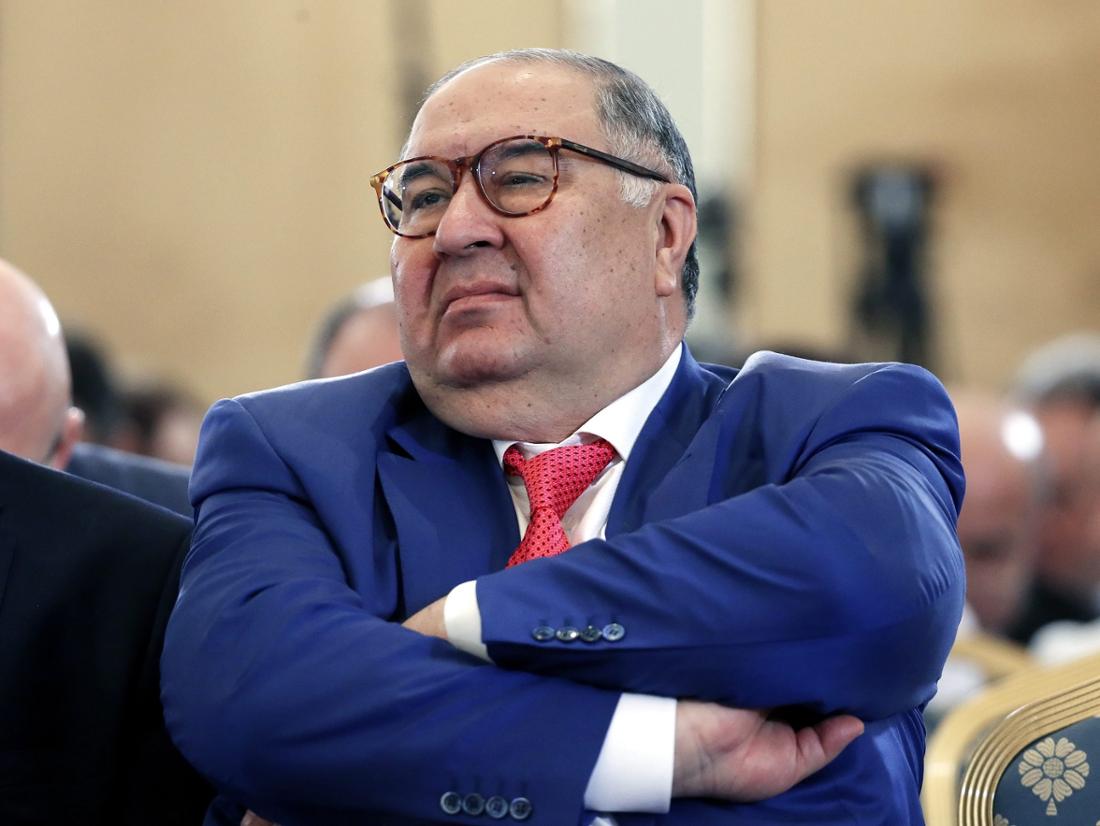 With the raid on Usmanov, a man close to Putin, on Lake Tegernsee, the public prosecutor's office is targeting Russian oligarchs for the first time since the beginning of the war.

But Usmanov is not an isolated case.

Rottach-Egern – It's the year 1838. There is joyful expectation around Lake Tegernsee.

Russia's Tsar Nicholas I has announced that the court will attend.

His wife Charlotte von Prussia is expected in Bad Kreuth for a spa treatment, but the main thing is to arrange a wedding for the Tsar's daughter.

King Ludwig I and his wife did their honors.

"Cossacks served, and the mood was brilliant," the historian Adalbert Prince of Bavaria later noted of the Russian visit to Kreuth.

It was the cornerstone for numerous relationships that survived the two world wars - and always remained particularly close at Tegernsee.

Tegernsee: Waiting for Bavarian politicians in the Kremlin

Russians can feel welcome in the Tegernsee Valley.

Especially if they don't come with empty pockets.

That has long been the motto of retail and real estate agencies.

Especially since CSU politicians have also sought contact with the rulers in the Kremlin in recent decades.

The flight of amateur pilot Franz Josef Strauss to snowy Moscow in December 1987 was legendary.

These visits from Russian political prominence continued under Horst Seehofer and Markus Söder, even though Vladimir Putin had already annexed Crimea.

At the time, nobody was talking about sanctions.

So it's no wonder that one of the richest men in Russia felt safe in Bavaria and invested millions in real estate in Rottach-Egern on the lake shore.

Alisher Usmanov, valued at $15 billion, acquired the first in 2011, and three more followed.

The last, a semi-detached house, in August 2018. The pattern was always the same: henchmen from the tax haven Isle of Man did the certification at the notary.

Usmanov's name as the buyer appears only in the June 2011 purchase agreement.

There he is listed as the “beneficial owner” for his headquarters on Fischerstraße.

The native Uzbek with a Russian passport paid 7.8 million euros for the property.

Overall, according to real estate experts, the properties attributed to him at Tegernsee are likely to be worth at least 50 million euros.

Usmanow felt at Tegernsee as "at home in Uzbekistan"

"The little fat one", as Usmanow was called by neighbors, felt comfortable at Tegernsee.

He enjoyed walking in the company of bodyguards.

When he felt like it, he would meet up with friends for a beer at the nearby Überfahrt luxury hotel.

"Just things that I love," Usmanow said through his spokesman in August.

The "magic of this unique place Rottach-Egern", which he first visited in 2008 after an eye operation in Munich, "is that I felt at home in Uzbekistan".

The Wallberg can't keep up with the peaks of its homeland, but "I loved watching the hang-gliders take off up there".

It is questionable whether he will be able to experience this again so soon.

With the Russian invasion of Ukraine, Usmanov landed on the EU sanctions list in early March.

He defended Putin for a long time, declaring in an interview with

The fact that not everyone likes him is not Putin's problem.”

After the raid, Usmanov could face imprisonment

Now his fondness for Lake Tegernsee could be his undoing.

Because the investigators accuse the 69-year-old of money laundering, tax evasion and a violation of the sanctions.

As the public prosecutor confirmed, four Fabergé eggs, jewelry, paintings and an apparently valuable wine and spirits collection were seized during the search last week.

According to the sanctions of the EU, such valuables would have to be reported.

There is an initial suspicion that the accused did not comply, said a spokesman for the public prosecutor's office.

If convicted, it carries a prison sentence of up to one year.

Usmanov denies the authenticity of the Fabergé eggs to our newspaper.

They were made in Munich and intended as souvenirs for relatives in Uzbekistan.

In addition, the investigators assume that Usmanow lived in Rottach-Egern from 2014 to 2022.

This means that he would also be subject to tax there.

As proof of his residence in Rottach-Egern, the investigators of the special commission “Ukraine” cite, among other things, that his Airbus 340-313 was at Munich Airport for exactly 262 days in 2020.

As a precaution, he signed over his villa and the other houses on Lake Tegernsee to a "family trust" when his name first appeared in the "Panama Papers" in 2016.

The family trust consists among others of his now divorced wife Irina and his sisters Gulbakhor Ismailowa and Saodat Narsiewa.

Usmanov justifies himself by saying that his trust companies were not used for criminal purposes, but only to protect family property.

"All allegations of tax evasion by Mr. Usmanov are unfounded, false and damage his honor and reputation," his spokesman said.

All transactions were checked by international auditors.

"Mr. Usmanow has no property in Germany." He is not a beneficiary of the trusts.

"Any allegations that Mr. Usmanov uses shell companies to receive dividends are false and defamatory."

Incidentally, Usmanow refers to a well-known compatriot who shared his love for Tegernsee: Mikhail Gorbachev, who died at the end of August at the age of 91.

He met the former Soviet president in 2011 at Hotel Überfahrt.

Like Usmanow, Gorbachev felt reminded of his homeland at Tegernsee.

In 2005, his daughter Irina Virganskaya bought the Hubertus-Schlössl in Rottach-Egern, a turreted villa with 17 rooms and a view of the Wallberg.

It was a popular retreat for Gorbachev after the death of his wife Raissa in 1999. He was drawn to the fish soups by the lake.

"He always gave a friendly greeting when you met him," said Rottach's mayor Christian Köck in an obituary of his prominent part-time citizen.

His counterpart in Tegernsee, Johannes Hagn, on the other hand, has never met another part-time Russian citizen who has been living in seclusion in his commune for years: the oligarch Ivan Pavlovich Shabalov.

He moves under the radar of EU sanctions on Tegernsee.

His latifundia there are two villas in Tegernsee Süd.

As a Russian pipe magnate, he supplied Gazprom with the desired pipelines, including for the Nord Stream 2 project, which has since been stopped.

Ukraine war: Oligarch Shabalov is not on the sanctions list

Shabalov, born in 1959, acquired his stately villa in 2007 through his Luxburg GmbH, which was then based in Munich.

Since May 2019, Shabalov's daughter Anna Shabalova has been the owner.

Shabalov also acquired the second property in the immediate vicinity with 1,200 square meters of land in 2007, this time for only 700,000 euros.

In December 2019, the property was passed on to son Pavel for 2.76 million euros.

According to the contract, half of the purchase price went to two accounts held by Shabalov and his wife Liudmila Gai at the Russian Sberbank, which is now on the sanctions list.

The Shabalovs give their place of residence as Lugano in Ticino, although both are said to have Cypriot passports.

According to an investigator from the Ukraine Task Force, these purchased “golden passports” are typical of money laundering.

Ivan Shabalov got rich from pipelines.

The local CSU member of the Bundestag, Alexander Radwan, was also surprised that Shabalov was not on the sanctions list.

"He would have probably also bought real estate in Upper Bavaria and at least been in contact with other sanctioned persons in the past," Radwan wrote to Foreign Minister Annalena Baerbock at the end of March.

He didn't get any feedback.

Oligarch Usmanow describes villa in Tegernsee as a "ghost house"

And then there is the case of Putin's daughter Katerina Tikhonova.

revealed, she is said to have

flown to Munich again and again with Entourage for years – and also booked in at Tegernsee for a few nights.

According to media reports, Usmanow also has an Italian tourist visa that is valid throughout the EU.

In theory, he could check on things in Rottach-Egern in his “ghost house”, as he called his abandoned villa.

However, it is doubtful whether anyone would then shout enthusiastically, as they did almost 200 years ago, “the Russians are coming”. 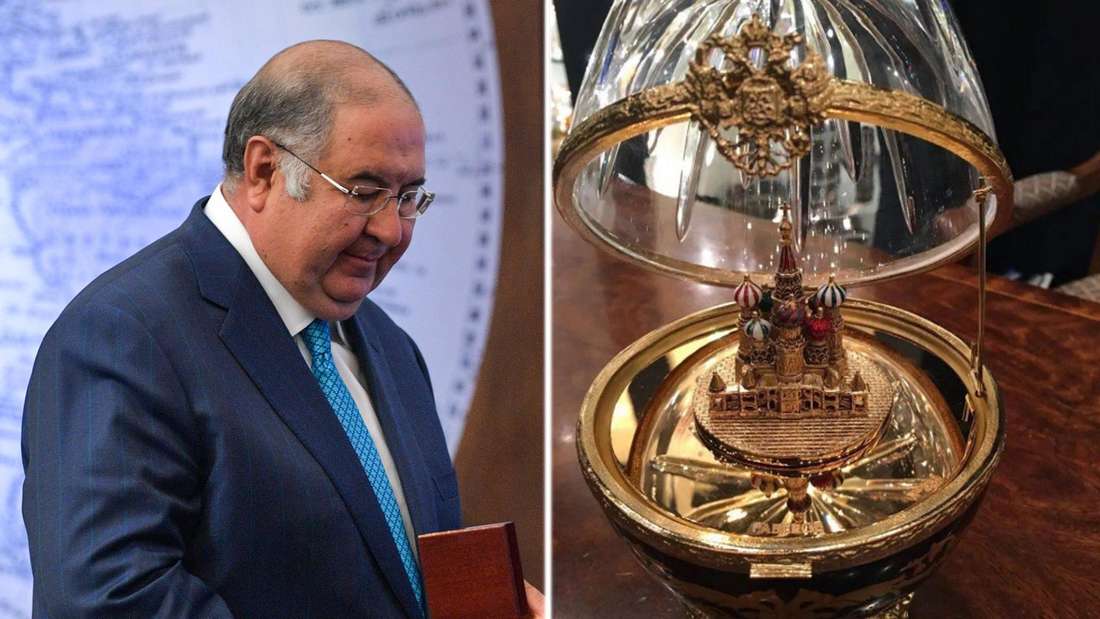 Vortex about Fabergé eggs from Putin's friend at Tegernsee: Now the oligarch is speaking - "completely unfounded" In the raid on Tegernsee: Spectacular finds in Usmanow villa - a part was considered lost 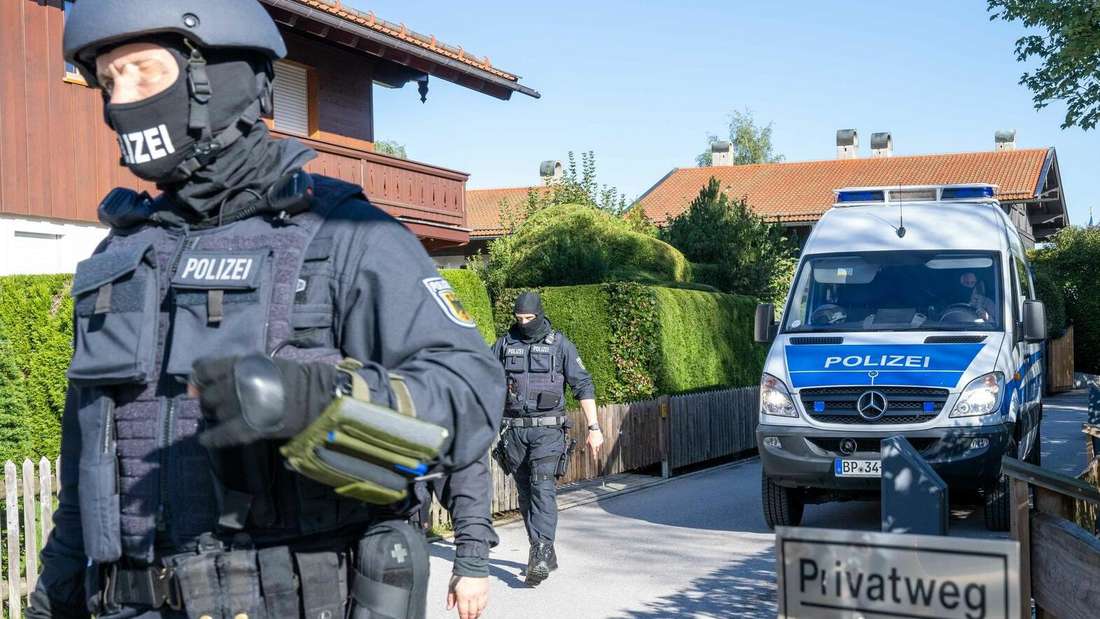 Money laundering and violating Russia sanctions? Oligarch from Tegernsee in the sights of the investigators