Gas leaks from the Nord Stream pose "no health risk" on the nearby island of Bornholm, according to the Danish emergency management agency.

Leaks from Nord Stream gas pipelines near the Danish island of Bornholm in the Baltic Sea pose "no health risk", according to the Danish Energy Management Agency.

"Forecasts show that the concentration of gas that could reach Bornholm is very small and well below the threshold to pose any health risk," the agency said in a statement on Tuesday.

The agency did not assess "any risk outside the established safety zones at sea," the statement added.

As well as making forecasts, the agency said it had sent specialized teams and crew to Bornholm to measure airborne concentrations.

"The team has been working since this Tuesday morning and the measurements confirm that there is no risk to health," the statement said.

A bit of context

: Earlier this week, European countries rushed to investigate unexplained leaks in two Russian gas pipelines that run under the Baltic Sea, near Sweden and Denmark, infrastructures that have been at the center of an energy crisis since the Russian invasion of Ukraine.

The incident has dashed hopes that Europe could receive gas via Nord Stream 1 before winter, as gas prices soar and countries look for alternative energy supplies.

Russia cut off all gas supplies to Europe via Nord Stream 1 in August, condemning Western sanctions for causing technical difficulties, which European politicians say is a ploy to stop gas supplies.

The new Nord Stream 2 pipeline had not yet entered commercial operation, and Germany abandoned plans to use it to supply gas just days before Moscow launched its invasion in February.

CNN's Jessie Yeung and Chris Liakos contributed to this article.

Authorities in the Russian-occupied areas of Ukraine that held the so-called referendums say that all the votes have now been counted and that in each of them there was a huge majority in favor of joining Russia.

Elena Kravchenko, head of the electoral commission of the self-proclaimed Luhansk People's Republic (LPR), said that 98.42% of voters cast their votes in favor of the motion.

As CNN previously reported, in Kherson, the pro-Russian administration's Telegram channel said that with all votes counted, 87.05% were in favor of joining Russia.

In Zaporizhia, the head of the electoral commission said the final count was 93.11% in favour.

The referendums—announced at short notice by pro-Russian authorities in all four regions—were widely condemned by Western governments as a farce and contrary to international law.

They were not observed by independent observers.

In a statement released on Wednesday, the Ukrainian Foreign Ministry said the referendum process was a "farce" showing Russia's "contempt for all those who have been calling for diplomacy."

Ukrainian officials say turnout has been extremely low and say people have been bussed in from Crimea to vote.

Gas bubbles from the leaking Nord Stream 2 reach the surface of the Baltic Sea in the area near Bornholm, Denmark, on September 27.

The European Union is "deeply concerned" about the damage to the Nord Stream 1 and 2 gas pipelines that have caused leaks into the international waters of the Baltic Sea, calling it a "deliberate act".

"All available information indicates that these leaks are the result of a deliberate act," the bloc's foreign policy chief Josep Borrell said on Wednesday, while promising to increase energy security efforts.

The bloc "will support any investigation aimed at fully clarifying what happened and why, and will take further steps to increase our resilience in terms of energy security," he said.

Press conference by Josep Borrell, Vice President of the European Commission, on the situation in Ukraine at the UN headquarters in New York on September 21.

The referendums — condemned by Western countries as a sham — have seen four Russian-occupied areas of Ukraine vote whether to join it through polls that are contrary to international law.

"The EU denounces the holding of illegal 'referendums' and their falsified result," Borrell said in a tweet, adding: "This is yet another violation of Ukraine's sovereignty and territorial integrity, amid systematic human rights abuses."

"We commend the courage of the Ukrainians, who continue to oppose and resist the Russian invasion," he added.

Untrained Russian forces are arriving in combat zones across Ukraine following the Kremlin's mobilization effort, the Ukrainian military said in its daily situation update on Wednesday.

"Recruitment of personnel called for partial mobilization has begun in the Russian occupation forces. Thus, reinforcements have arrived for the units of the 1st Tank Regiment of the 2nd Motor Rifle Division of the 1st Tank Army, which are deployed in combat zone. They have not been trained at all," the statement said, adding that people "convicted of criminal offenses" are also joining the fighting.

CNN cannot verify the claims of the Ukrainian Armed Forces.

Last week, Russian President Vladimir Putin announced the immediate "partial mobilization" of Russian citizens in an effort to bolster the faltering invasion of the Kremlin, following Ukraine's advances in its current counteroffensive.

Experts have previously raised concerns about the state of Russian forces in Ukraine and their ability to recruit sufficiently trained new recruits. 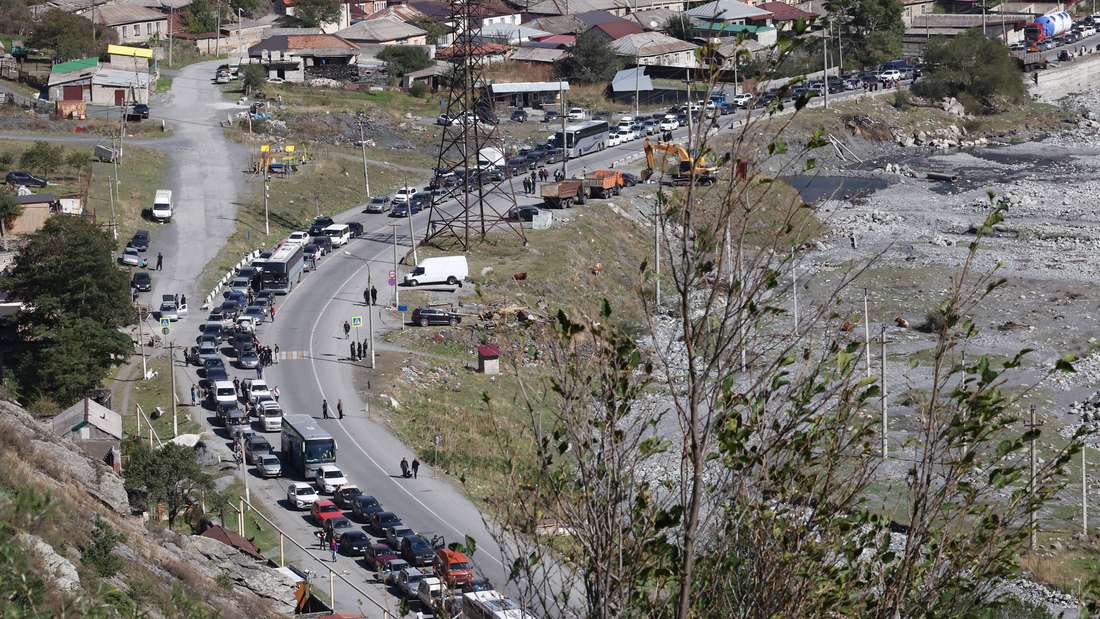